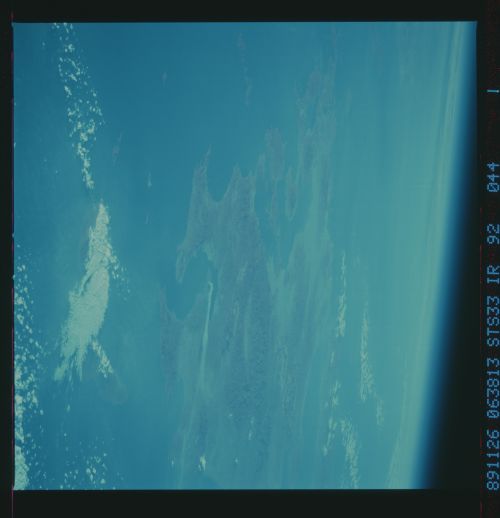 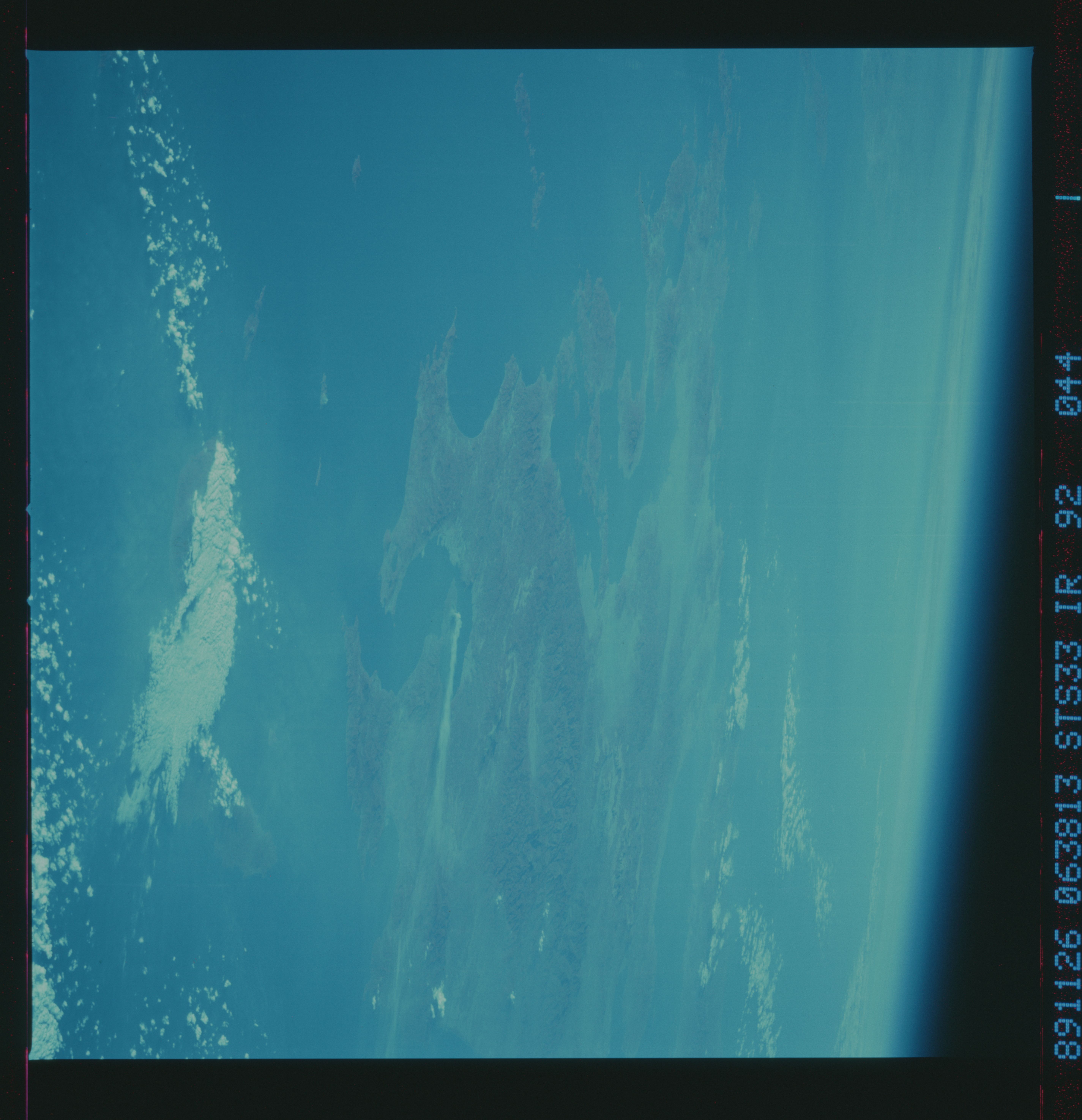 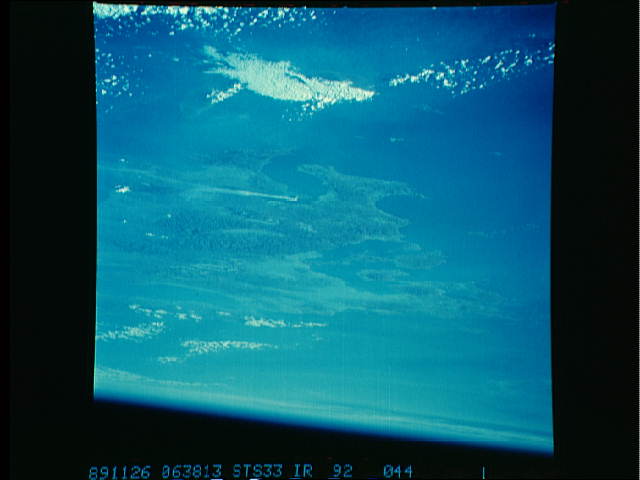 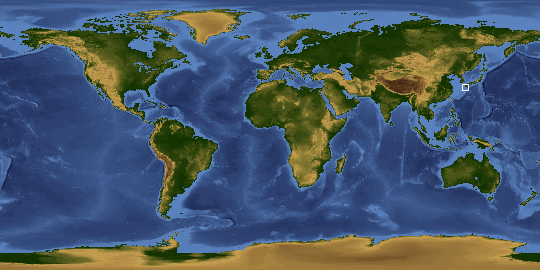 Other options available:
Download Packaged File
Download a Google Earth KML for this Image
View photo footprint information
Download a GeoTIFF for this photo
Image Caption: STS033-92-44 Kyushu, Japan
An innovative use of color-infrared (CIR) film--the plume of Sakurajima volcano, Kyushu, Japan, was photographed from 6 degrees of longitude (360 NM) to the south. Mount Fuji is extinct, but subduction of the Pacific Plate continues under Japan accounting for the numerous earthquakes of the region. Volcanism should also be expected to continue as the Pacific Plate undergoes partial melting in the upper mantle. The plume of ash is easily visible extending off the southeast. The CIR film cut through atmospheric haze, and despite a relatively low sun elevation (21 degrees) there was enough energy for information about vegetation to be recorded. A huge dust plume that originated in Mongolia can be seen extending across the Sea of Japan.

This dramatic infrared view of Southern Kyushu, Japan (31.5N, 130.5E) shows the vegetation on the island as a red or pink, depending upon its lushness. The small islands of Yaku Jima and Tanega Shima are almost totally cloud covered. The port city of Kagoshima with its active volcano, Sakura Jimai in the middle of the harbor, is at the extreme southern tip of Kyushu. This volcano has erupted almost continuously for over 1,200 years.