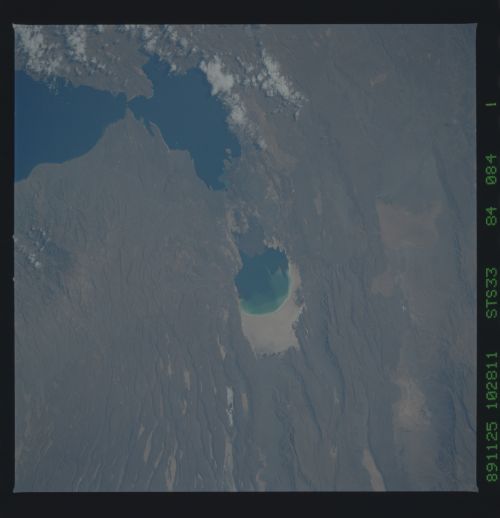 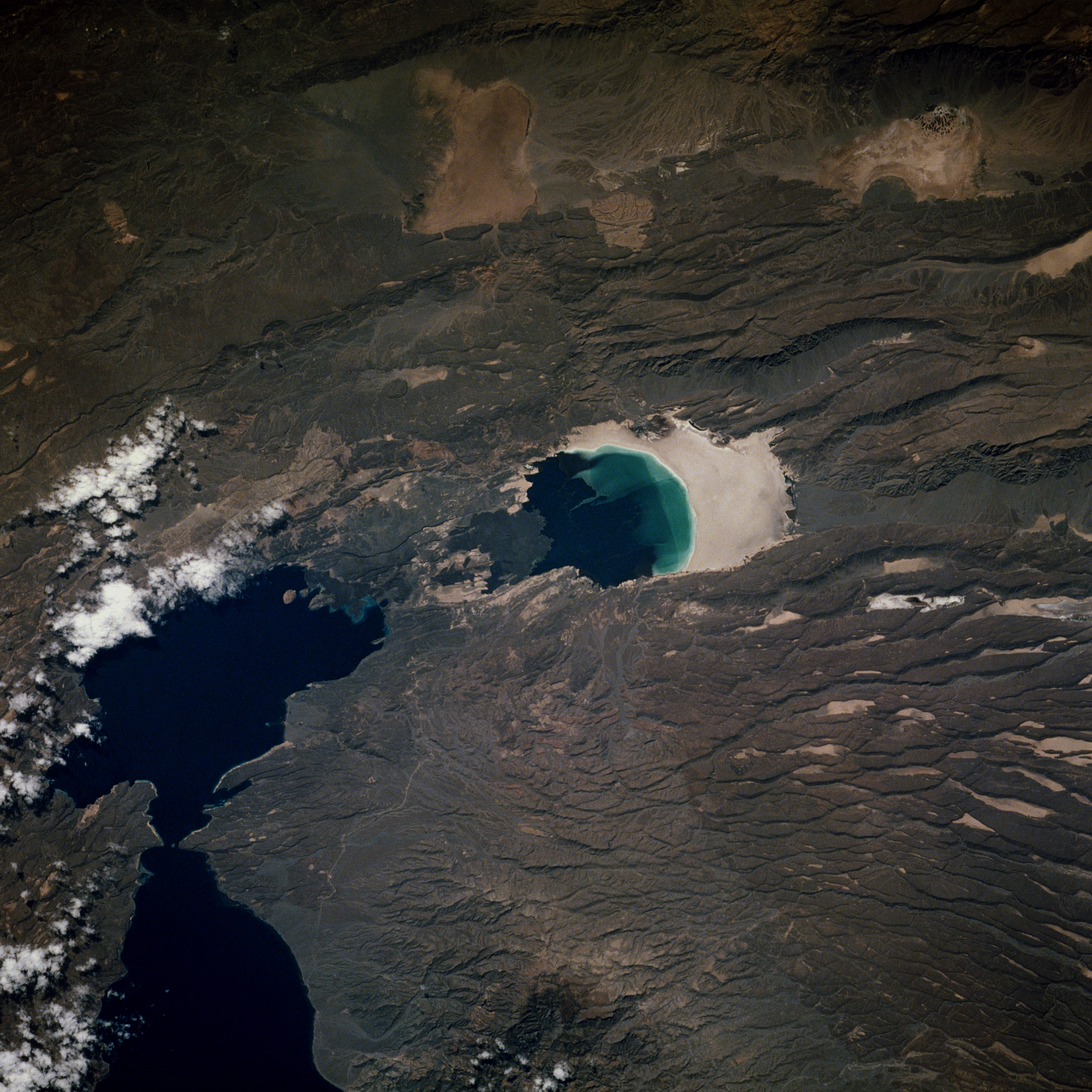 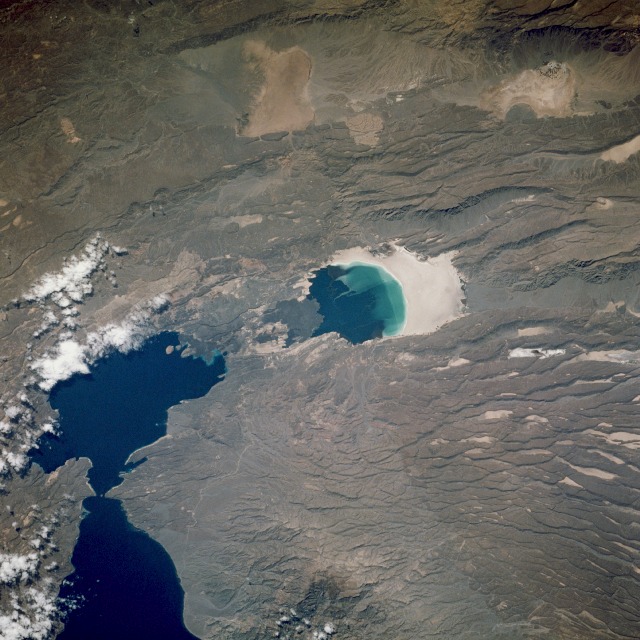 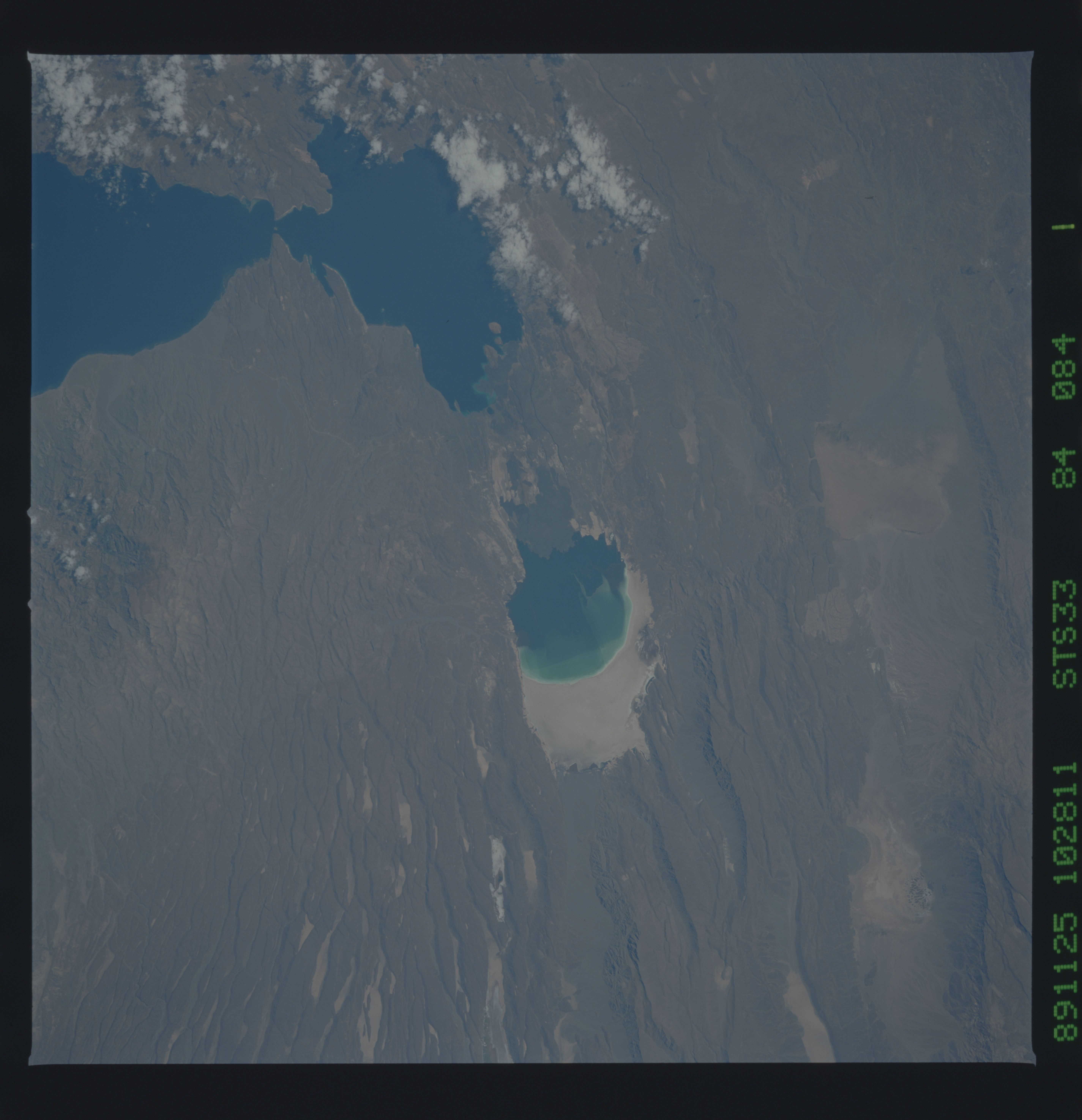 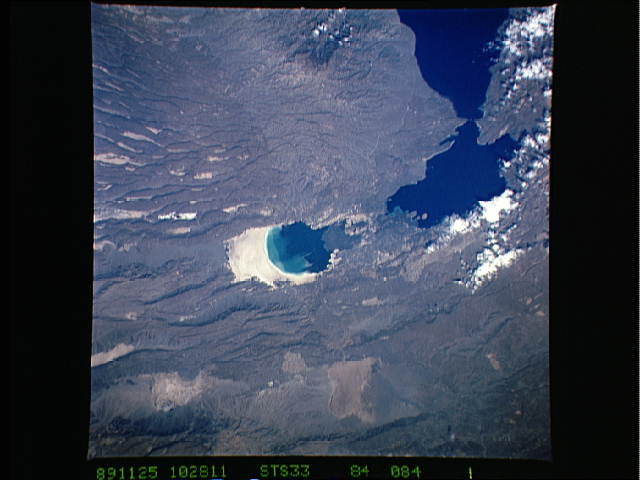 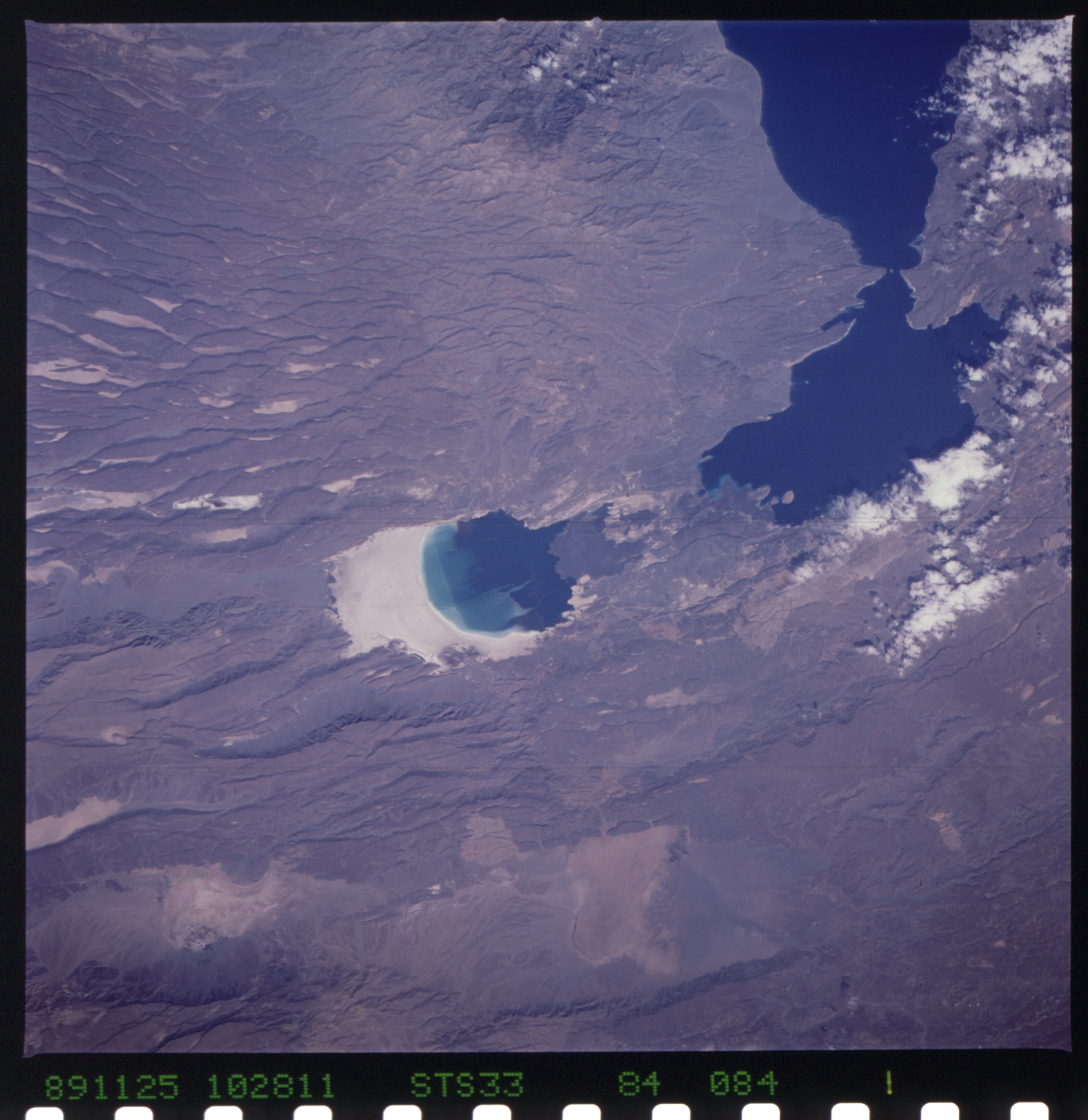 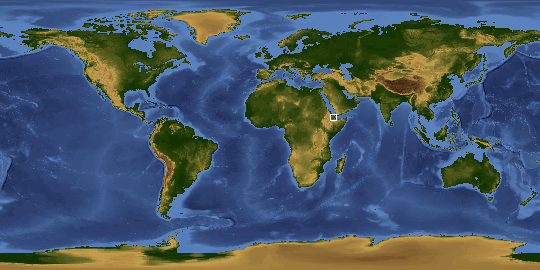 Other options available:
Download Packaged File
Download a Google Earth KML for this Image
View photo footprint information
Image Caption: STS033-084-084 Lake Assal, Djibouti November 1989
This near-vertical photograph shows Lake Assal, the third lowest surface in the world (excluding the ocean basins) and the lowest point in Africa at 510 feet (155 meters) below sea level. Lake Assal sits in a rift valley, a depression where the earth's crust has split and adjacent areas have moved with respect to one another. The lake is located in the Danakil Desert near the western end of the Gulf of Aden. Because Lake Assal has no outlet, it is ten times saltier than the ocean and is the most saline body of water in the world. The evaporation rate of Lake Assal is very high because summer temperatures sometimes reach 125F (52C), and are accompanied by strong dry winds. The surrounding plain (visible on the image to the right of the lake), once the lake floor, is a glistering expanse of salt. The region surrounding the lake is mostly a stony desert with isolated plateaus and highlands. Lava flows from an old volcano are visible just to the left near the shore of the lake.