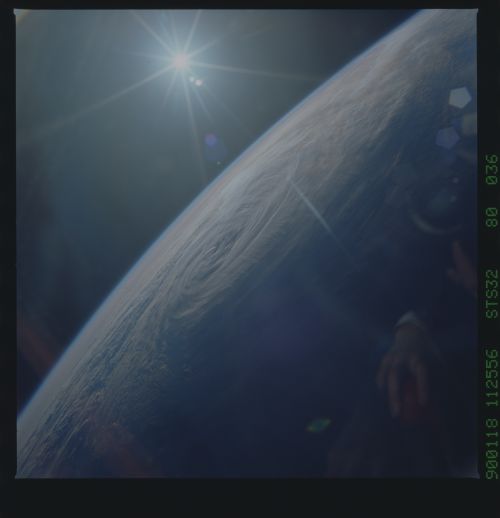 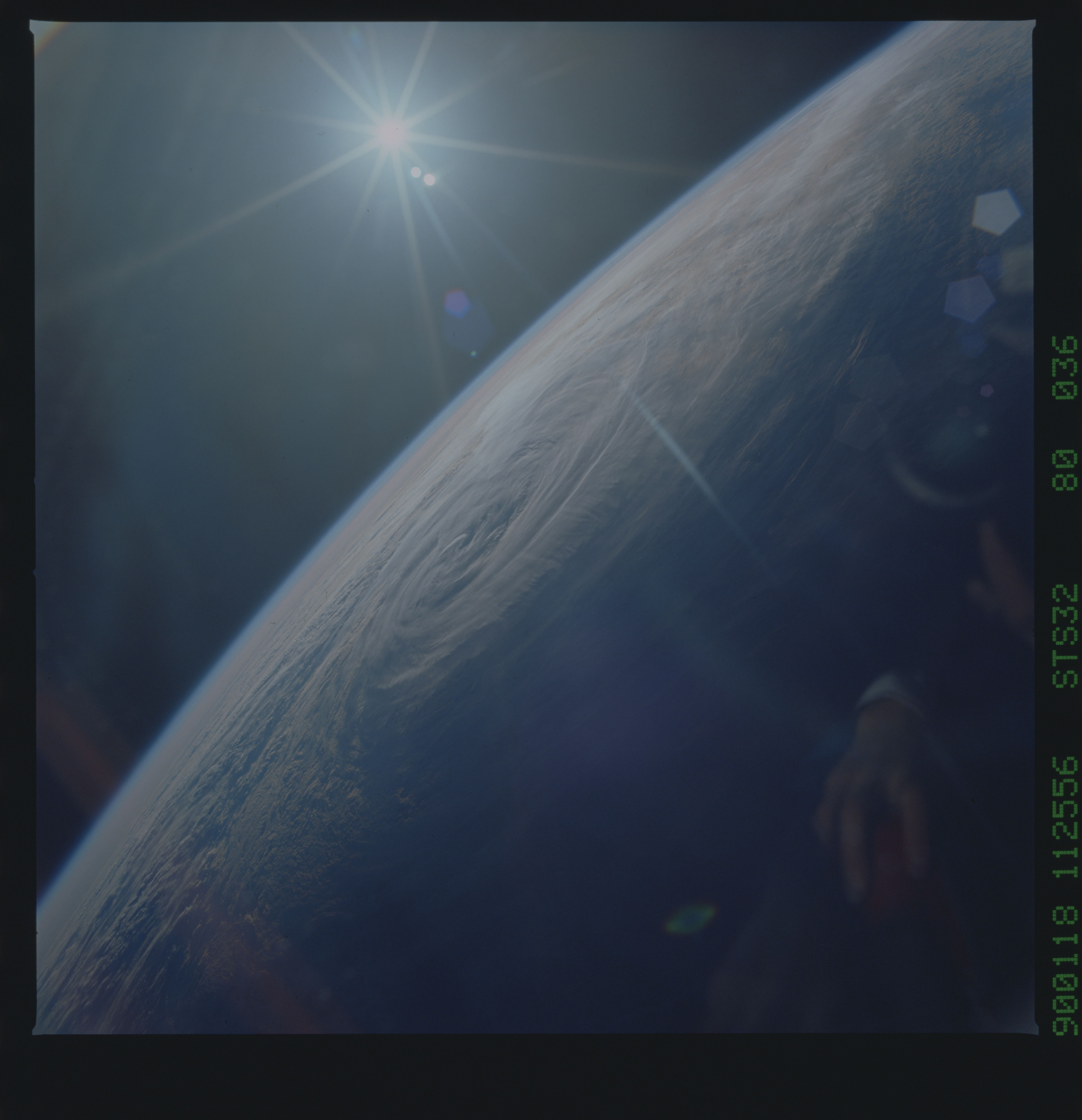 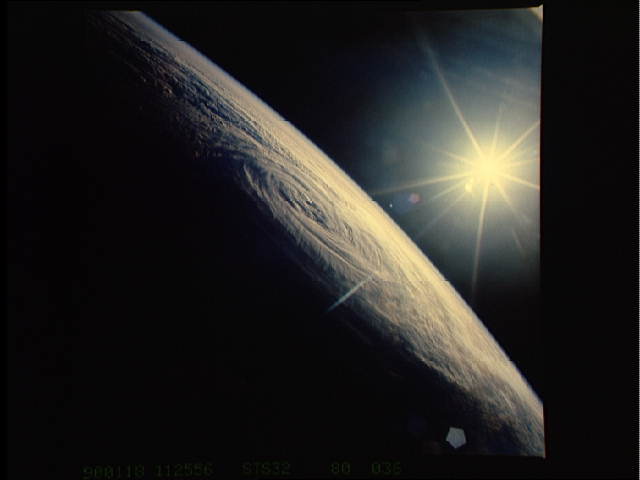 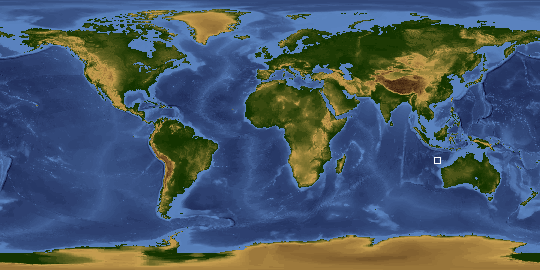 Other options available:
Download Packaged File
Download a Google Earth KML for this Image
View photo footprint information
Image Caption: Tropical Storm Sam, Eastern Indian Ocean, exact location unknown, was begining to decay when this photograph was taken. The storm was mostly at sea for its entire duration and had little effect on land. The eye of the storm is still visible with the gyre of swirling clouds rotating clockwise. Winds aloft have begun to shear the tops of the thunderstorms associated with the storm forming a high cirrus cloud cover over the center of the storm.