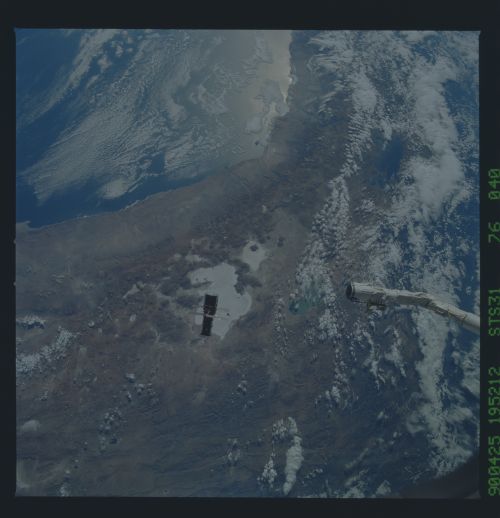 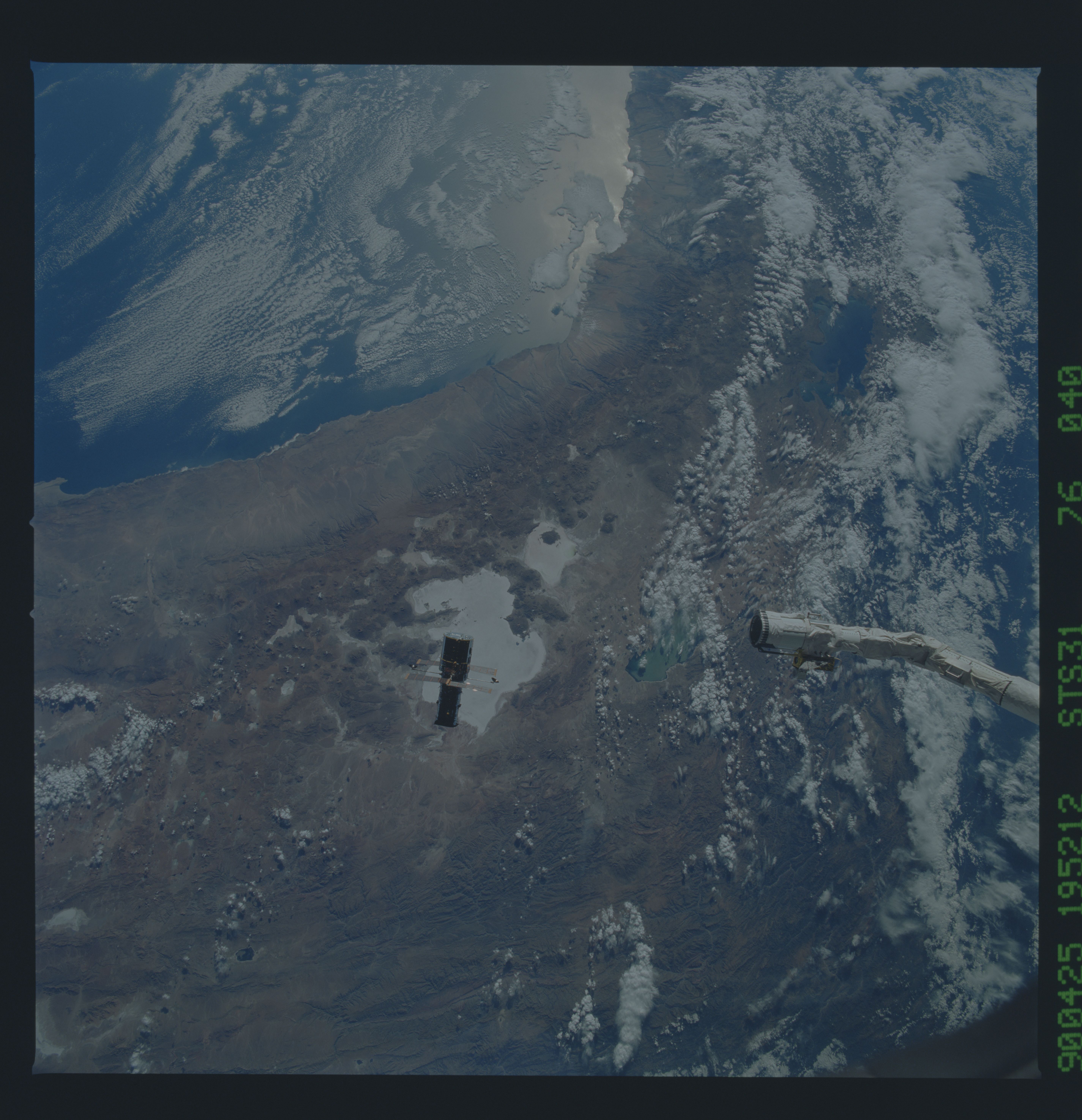 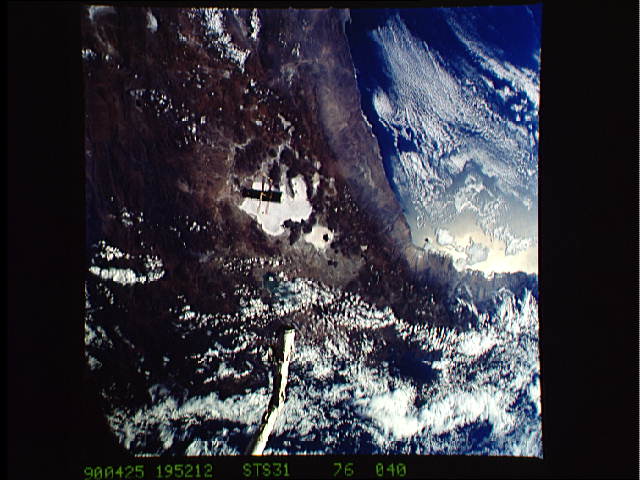 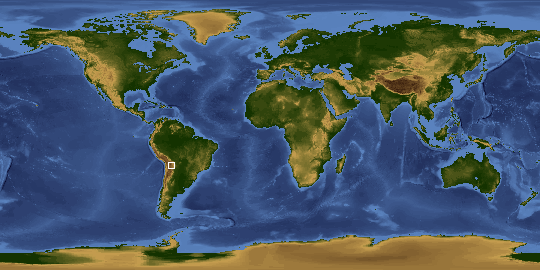 Other options available:
Download Packaged File
Download a Google Earth KML for this Image
View photo footprint information
Image Caption:
Hubble Space Telescope over Salar de Uyuni, Central Andes (S31-
76-040). Although the subject of the photograph is the Hubble
Space Telescope (center) just released by the Remote Manipulator
System (or "arm") of the Space Shuttle (end of the arm is also in
frame), the scene is typical of the earth viewed from roughly 600
km through a 40 mm lens on the Hasselblad camera. The view
covered in the frame is about 800 km on a side, or 640,000 sq.
km, stretching from 14oS to 23oS. This photograph includes
western Bolivia and parts of Peru, Chile and Argentina, and Lake
Titicaca and Salar de Uyuni. From the Pacific Ocean are a suc-
cession of geologic and ecological provinces including the Ataca-
ma desert along the coast, the broad range of high Andean vol-
canoes interspersed with salars, or dry lake beds, and older,
highly folded mountains that step down toward the Amazon Basin to
the east.

The Hubble Space Telescope (HST), with solar array (SA) wings and high gain antennae (HGA) masts fully extended, is released by the remote manipulator system (RMS) end effector. The STS-31 crew aboard Discovery, Orbiter Vehicle (OV) 103, set the HST into Earth orbit high above the Andes Mountains. Parts of Bolivia, Peru, Chile, and Argentina are visible. This picture covers a huge area of the western half of South America stretching from 14 degrees south latitude to 23 degrees, about 1,000 kilometers.