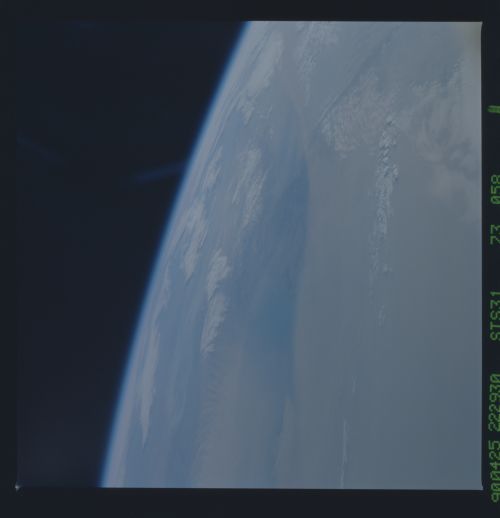 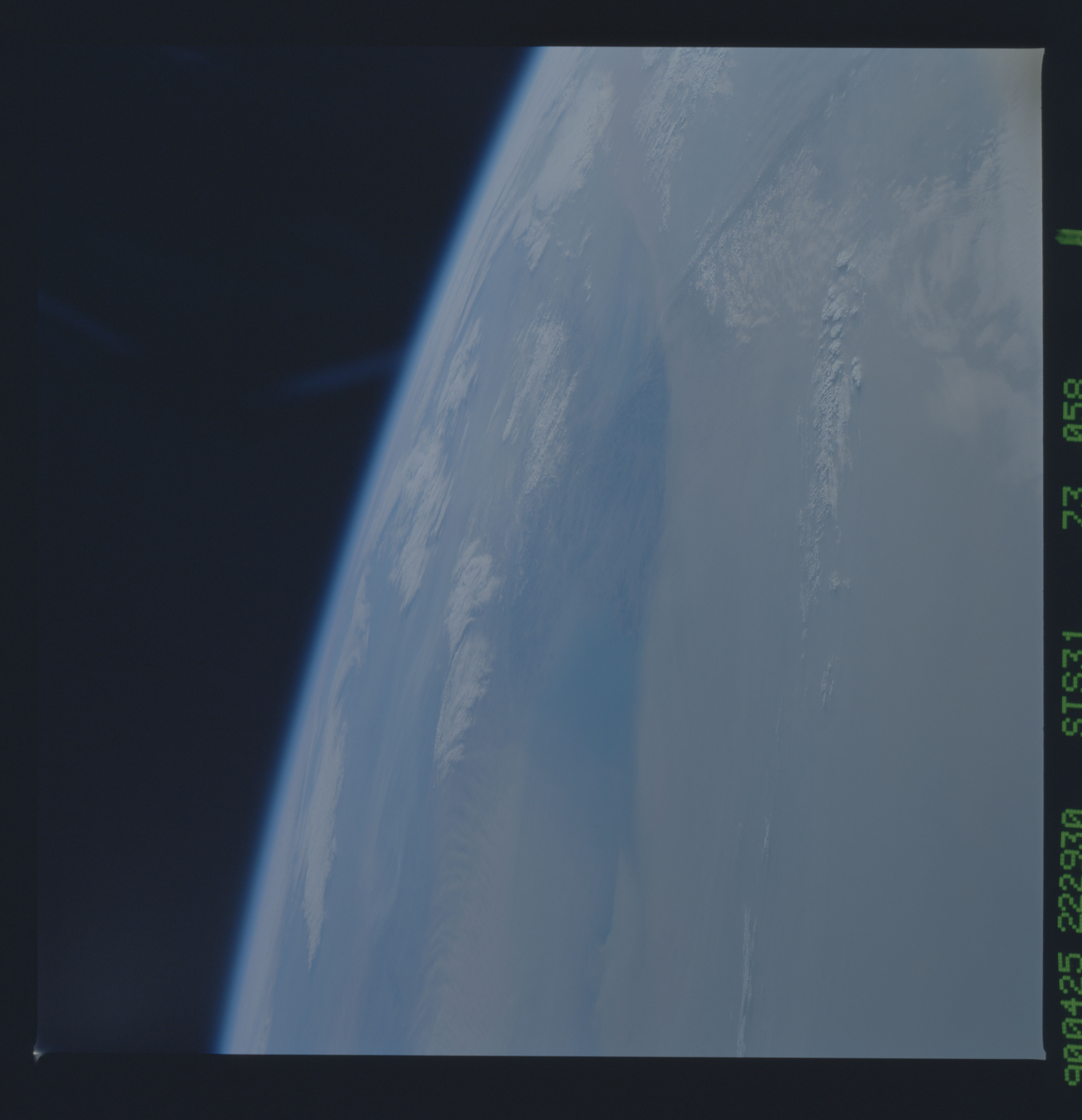 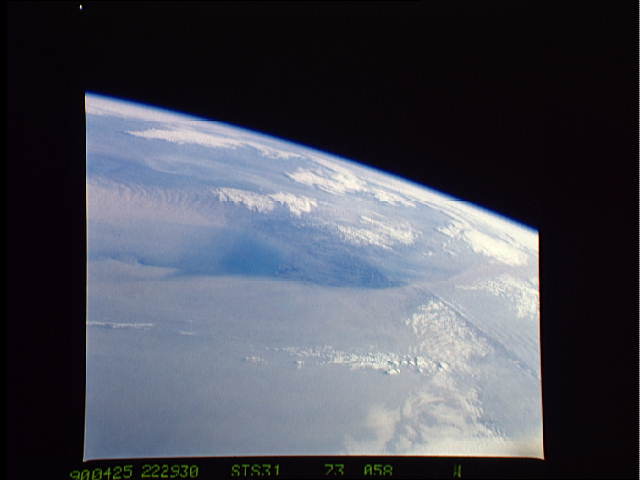 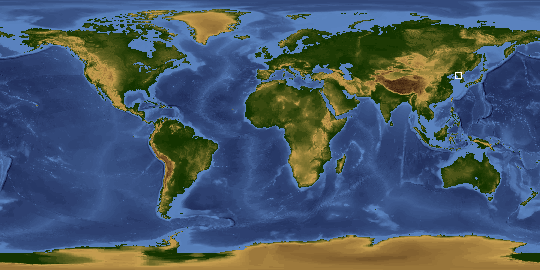 Other options available:
Download Packaged File
Download a Google Earth KML for this Image
View photo footprint information
Download a GeoTIFF for this photo
Image Caption:
Dust over Korea (S31-73-58). The eastern portion of a large dust
storm which originated over Mongolia blows over the Korean Penin-
sula. The dust storm closed down Beijing for a day. The dust
then moved east across the Yellow Sea, the southern half of the
Korean peninsula and out into the western North Pacific Ocean.
Several wave trains area visible in the top of the dust cloud
over the Korean peninsula. This is likely caused by the westerly
wind blowing over the irregular terrain of the peninsula and
creating low-level turbulence.