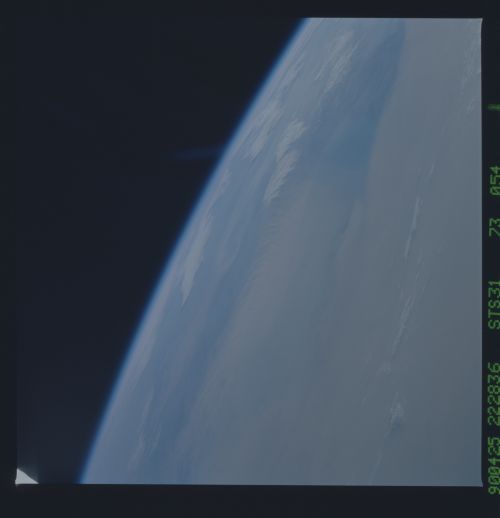 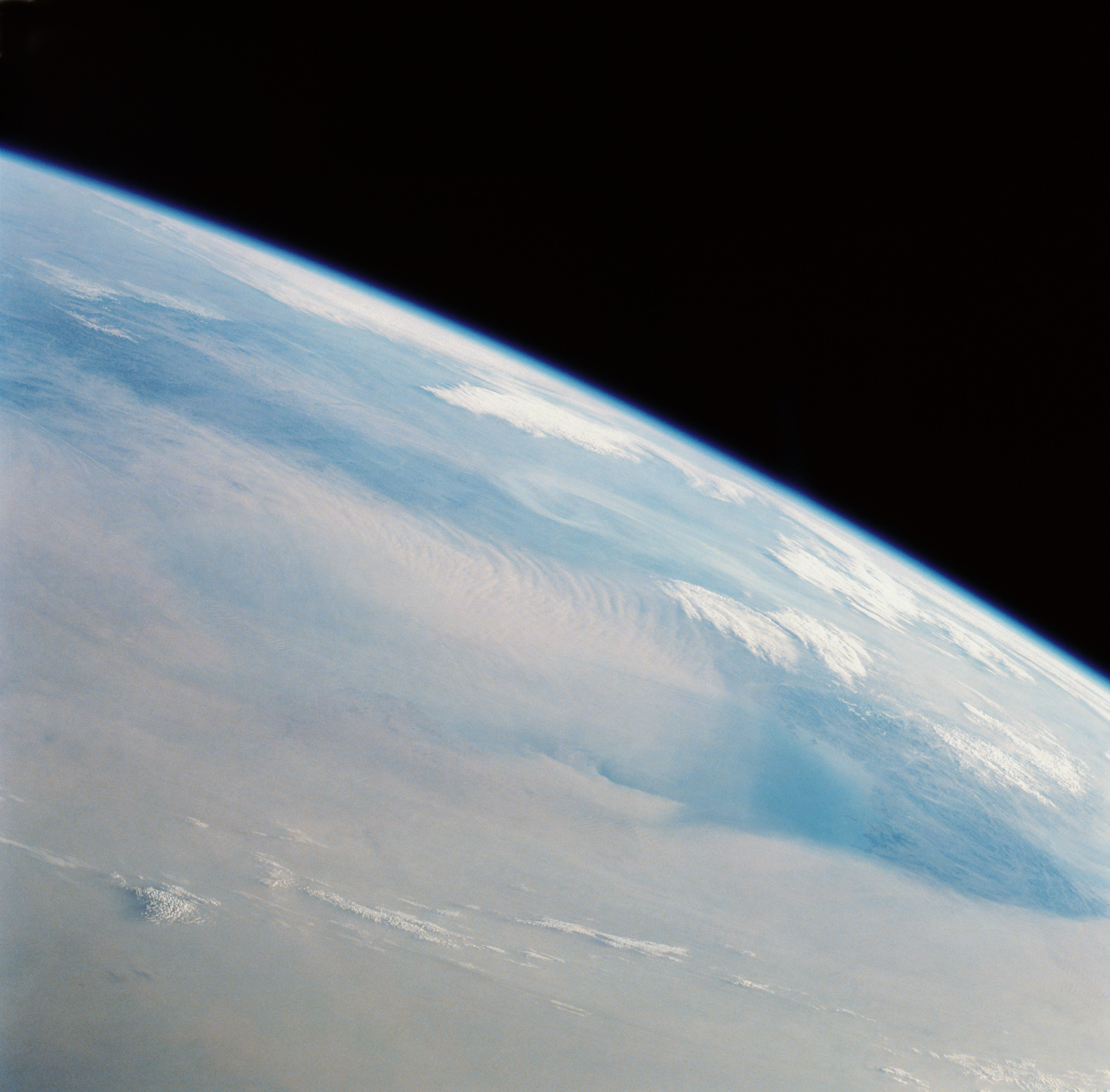 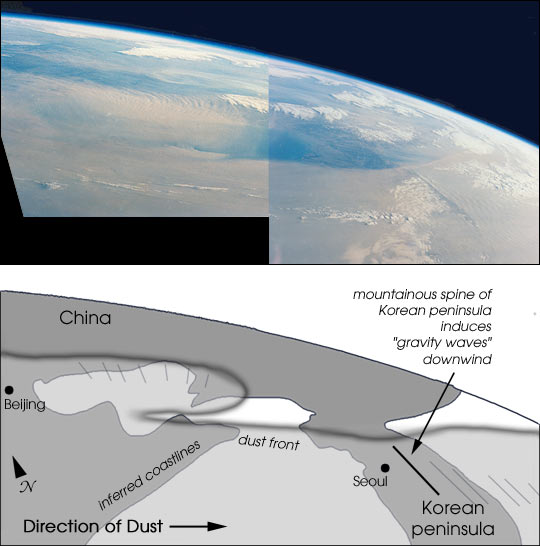 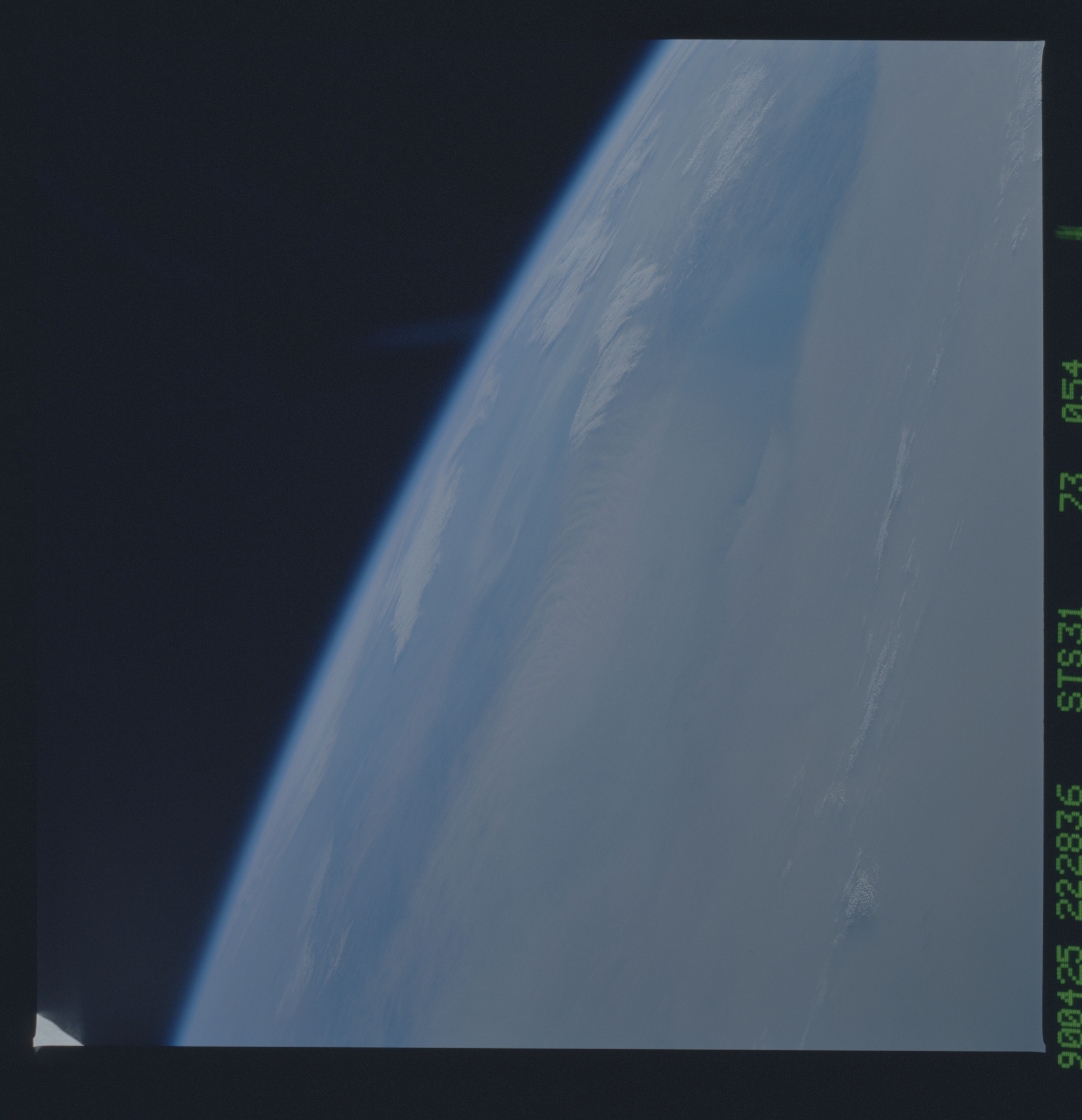 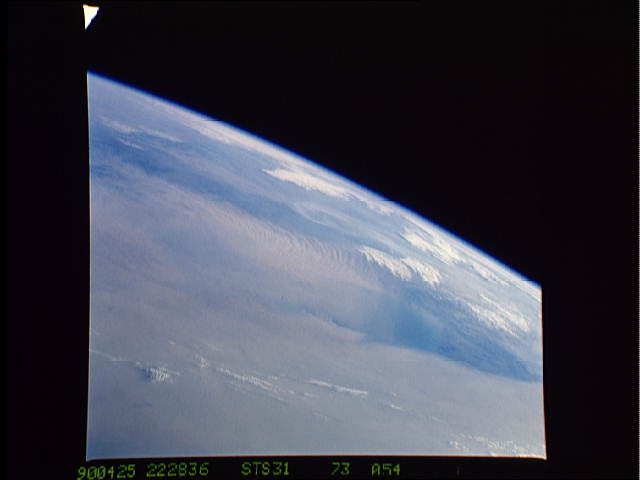 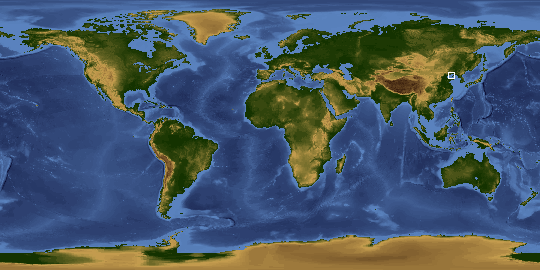 Other options available:
Download Packaged File
Download a Google Earth KML for this Image
View photo footprint information
Download a GeoTIFF for this photo
Image Caption: Dust blowing off the Gobi desert eastward across the China toward the Pacific Ocean is a common event in April. Space Shuttle astronauts have photographed these dusts storms several times. The photographs above, taken by astronauts on April 25, 1990, show a thick blanket of dust that entirely obscures the southern half of the Korean Peninsula. The dust is being transported from west (left) to east (right). The mountainous spine of the peninsula induces gravity waves in the dust cloud on the downwind (east) side.

The mosaic (NASA photos STS31-73-54 (left) and STS31-73-59 (right)) shows a second dust front over the Beijing region (Beijing lies under the northern margin), situated to the north of the main dust. An interpretive map is also provided.

The source of the dust is the vast loess (wind-laid dust) sheet of Inner Mongolia that stretches west from Beijing 1400 km to the Sinkiang border. The climatic gradient is characterized by rapidly decreasing rainfall west from Beijing, from 500 mm/yr to 250 mm/yr only 300 km upwind. Below 250 mm of yearly rainfall, vegetation density is low enough to allow wind deflation of surface dust. Air masses over the Takla Makan Desert of Sinkiang are usually dust laden to some degree. Occasionally, the dust loading becomes heavy and moves as far as Korea (as shown here), and then offshore over the Pacific.