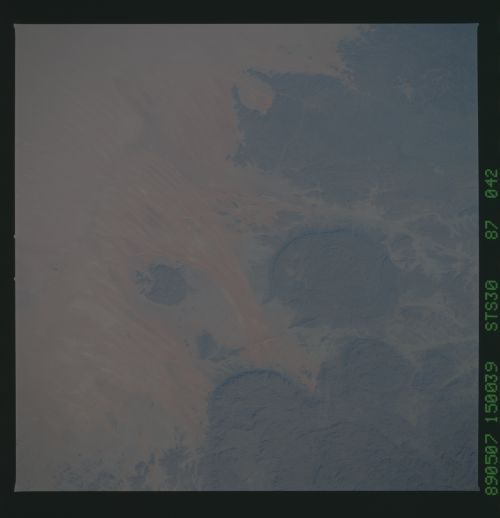 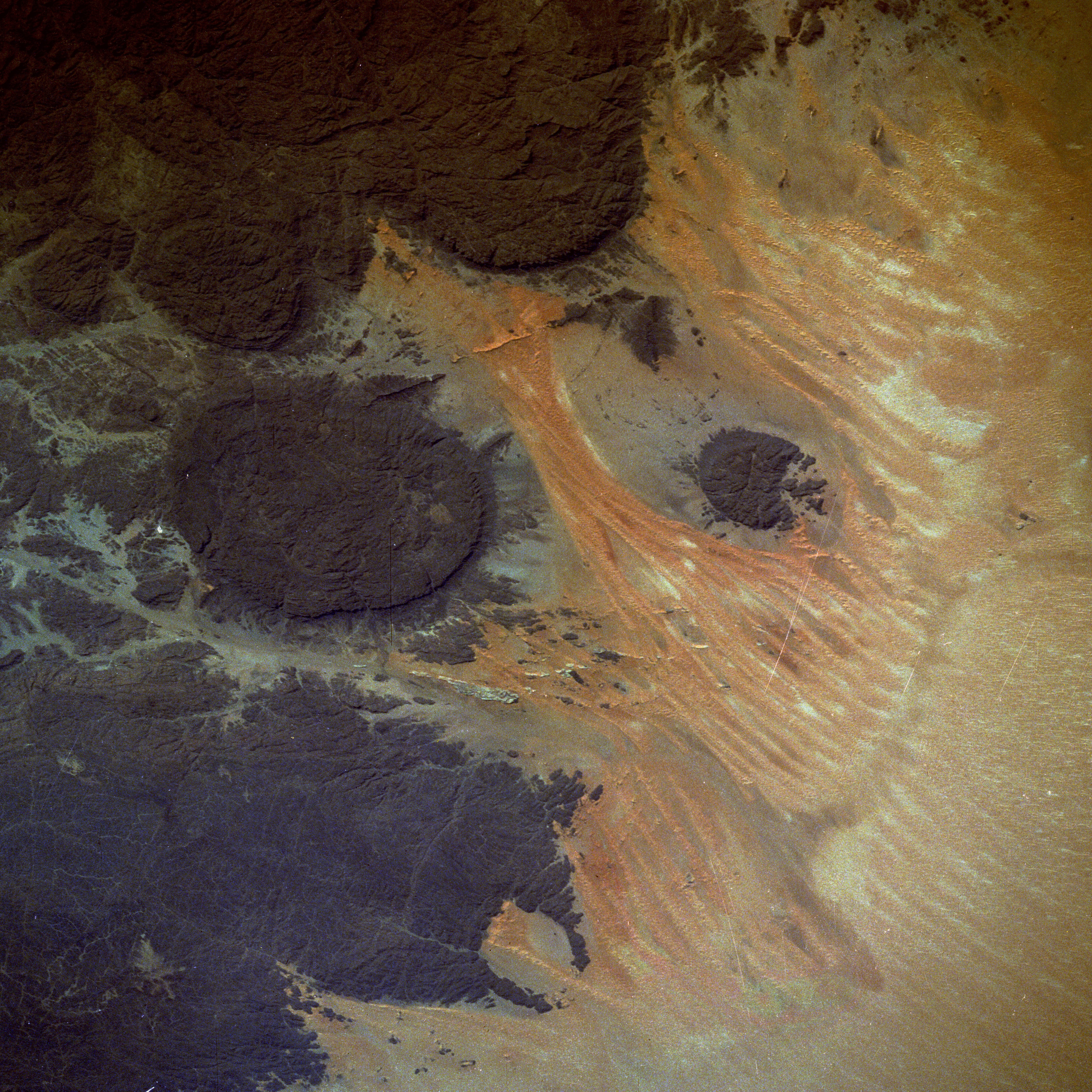 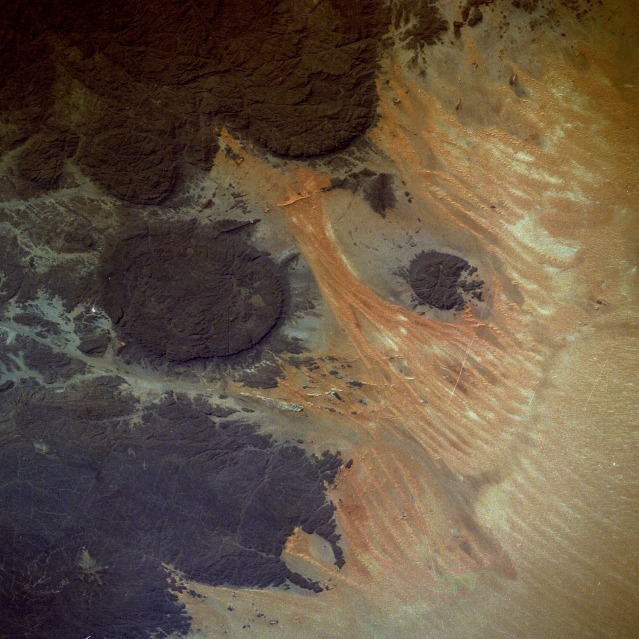 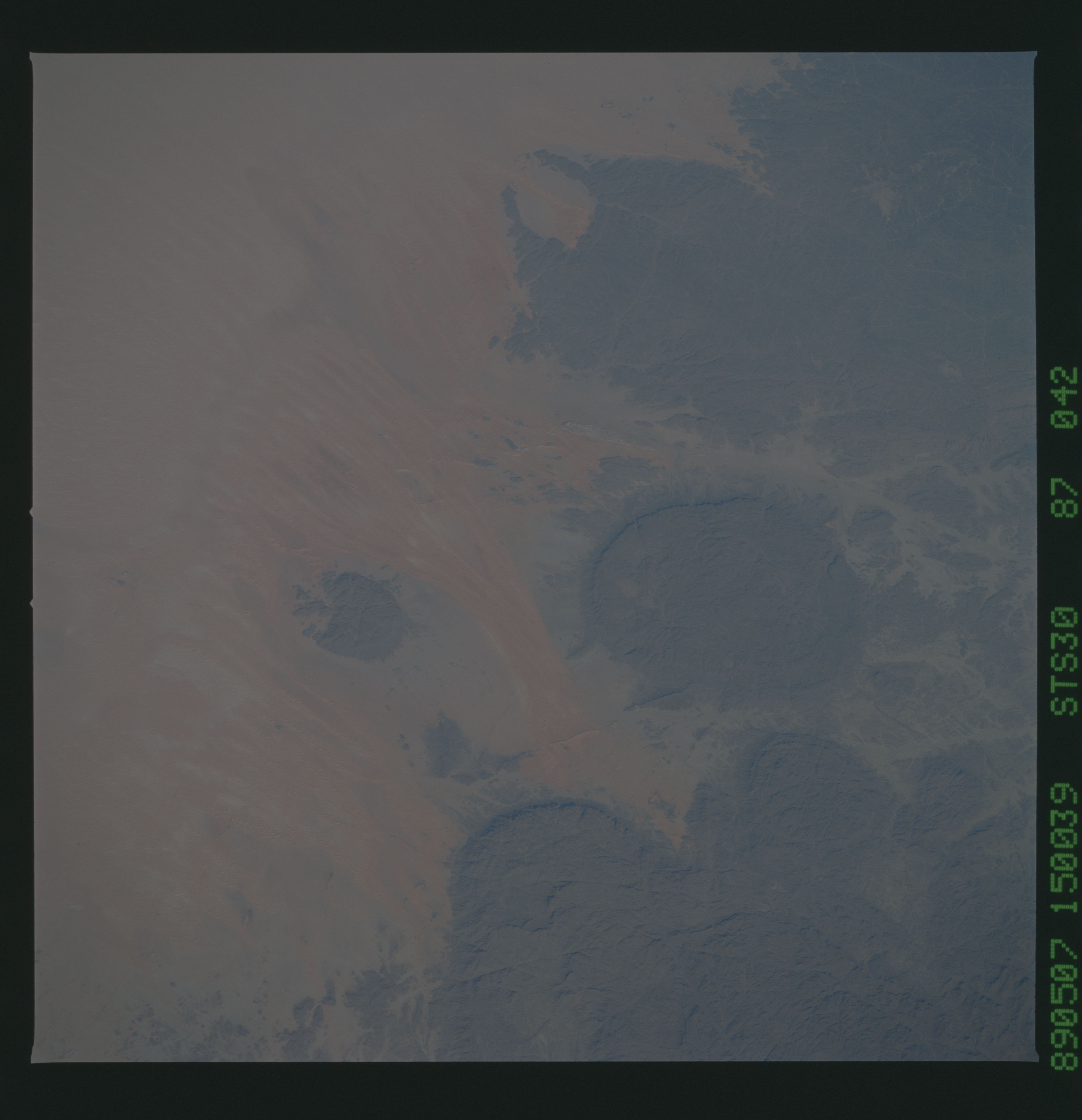 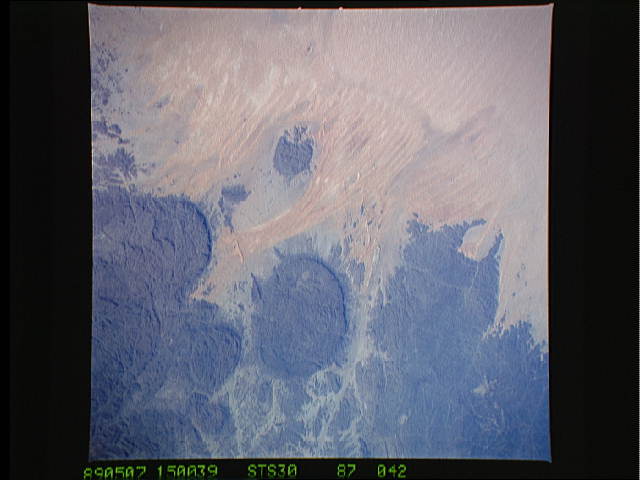 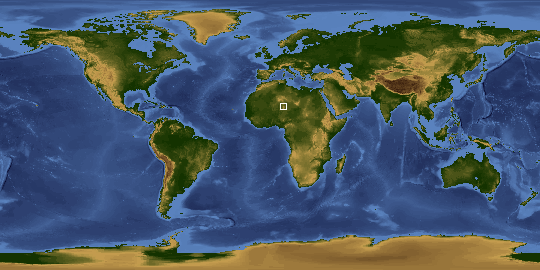 Other options available:
Download Packaged File
Download a Google Earth KML for this Image
View photo footprint information
Image Caption: STS030-87-42 Northeastern Air Mountains, Niger May 1989
The Air Mountains of north-central Niger terminate abruptly at the western edge of the Tenere Desert. This area of Niger, also known as the Air Plateau, is composed of tilted sedimentary rocks and striking ring complexes of volcanic rocks. These dark-colored rock surfaces contrast dramatically with the surrounding light-colored, sand-covered plains that lie approximately 1000 feet (300 meters) above sea level. The elevations of the Air Plateau vary from 1500 feet (450 meters) to over 5000 feet (1500 meters) above sea level. This part of the Sahara Desert was proclaimed "Switzerland of the Desert" by a German explorer because this region offers a welcome contrast to the overwhelming monotony of the sand seas that abound in the Sahara. The aridity of the region offers a classic environment for monitoring the effects of wind erosion. A few nomadic people live in some of the valleys, but their numbers have been constantly decreasing for several decades. Even the recent discovery of uranium in this region may not prove to be enough inducement to reverse the decreasing population trend.