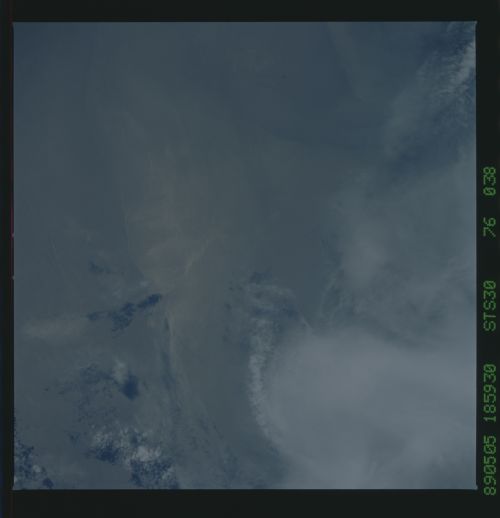 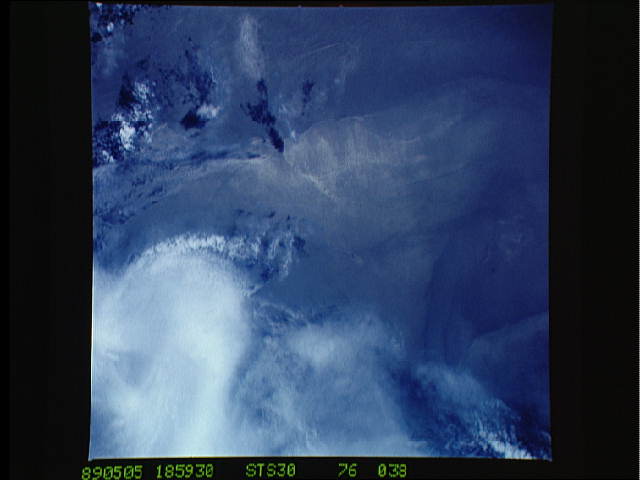 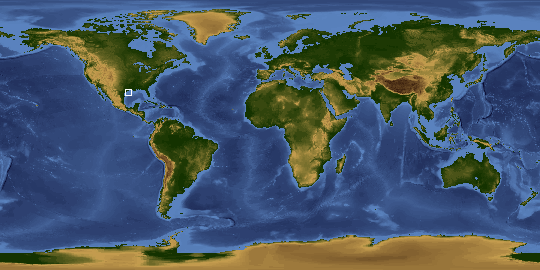 A strong front within the Gulf of Mexico appears within the sun
glint pattern to have formed parallel to the Louisiana/Texas
coast (1). The front boundary is bright because of an accumula-
tion of oil, which tends to dampen surface waves and make the wa-
ter surface smoother. A ship wake (2) is seen in the lower cen-
tral portion of the photo, south of the front. A group of inter-
nal waves is parallel to and north of the front. In the upper
left portion of the picture, a second front, or perhaps the edge
of an eddy, is seen outside of the sun glint pattern as a change
in water color. Water color changes are the result of differ-
ences in the type and concentration of material dissolved and
suspended within the water column while sun glint patterns
represent changes in the roughness of the water surface, which is
independent of water color. (S30-76-038)