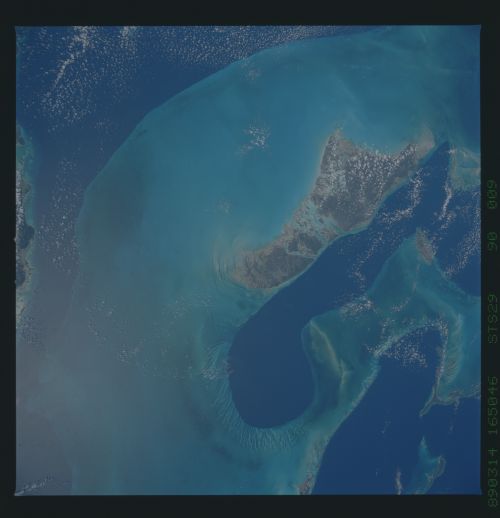 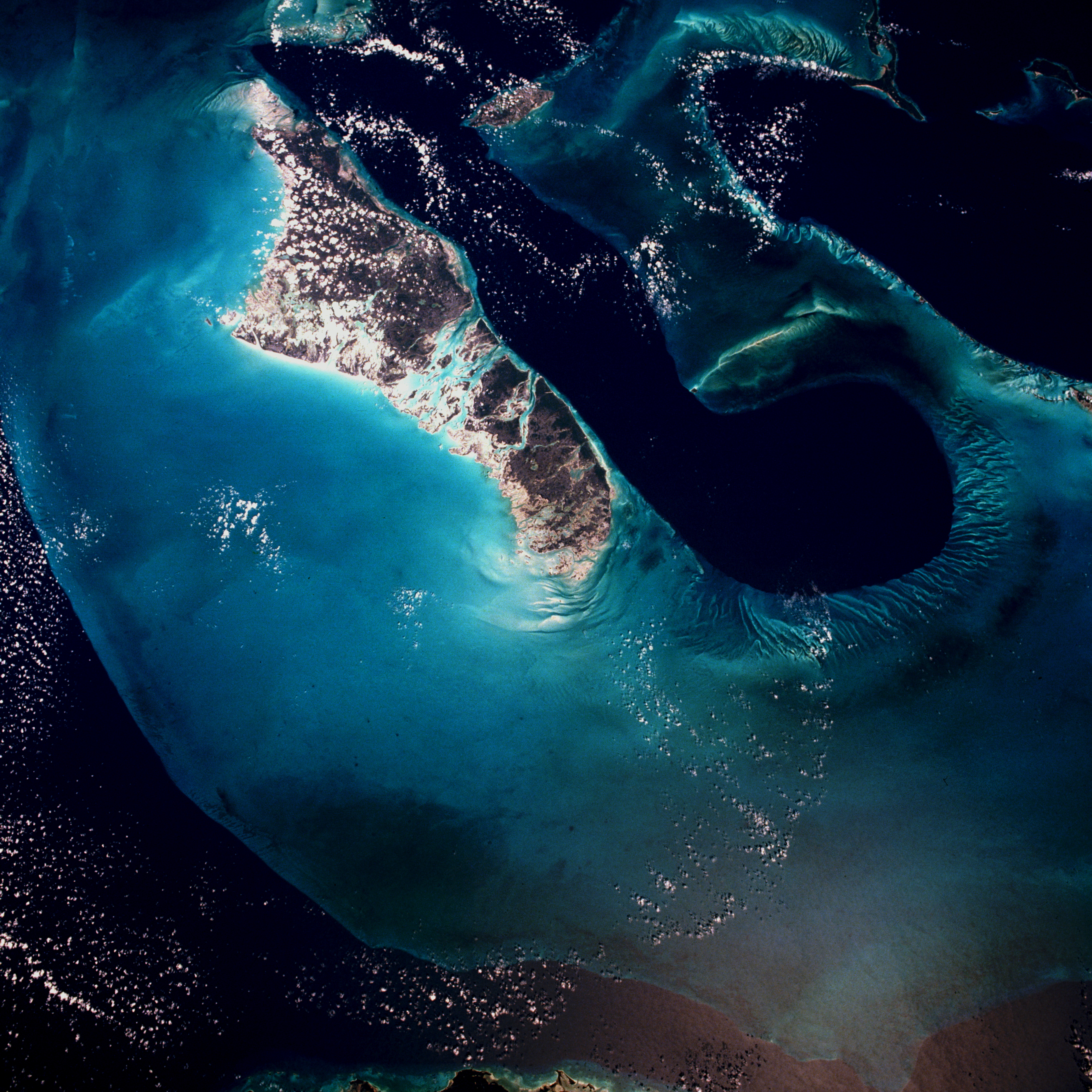 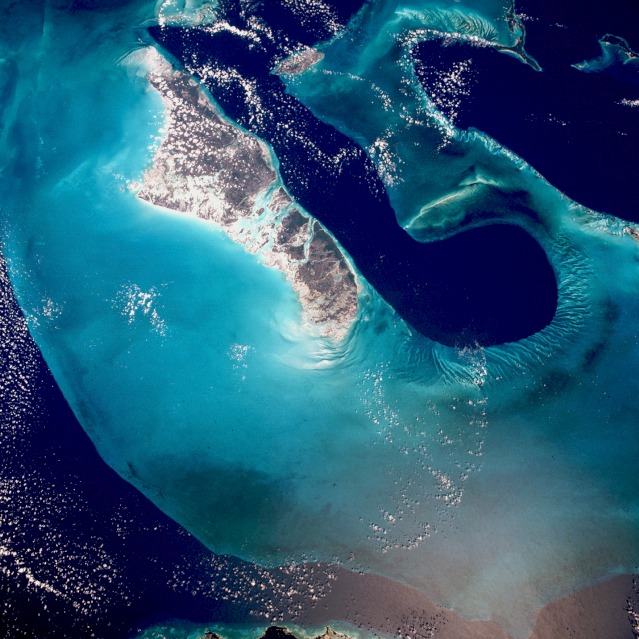 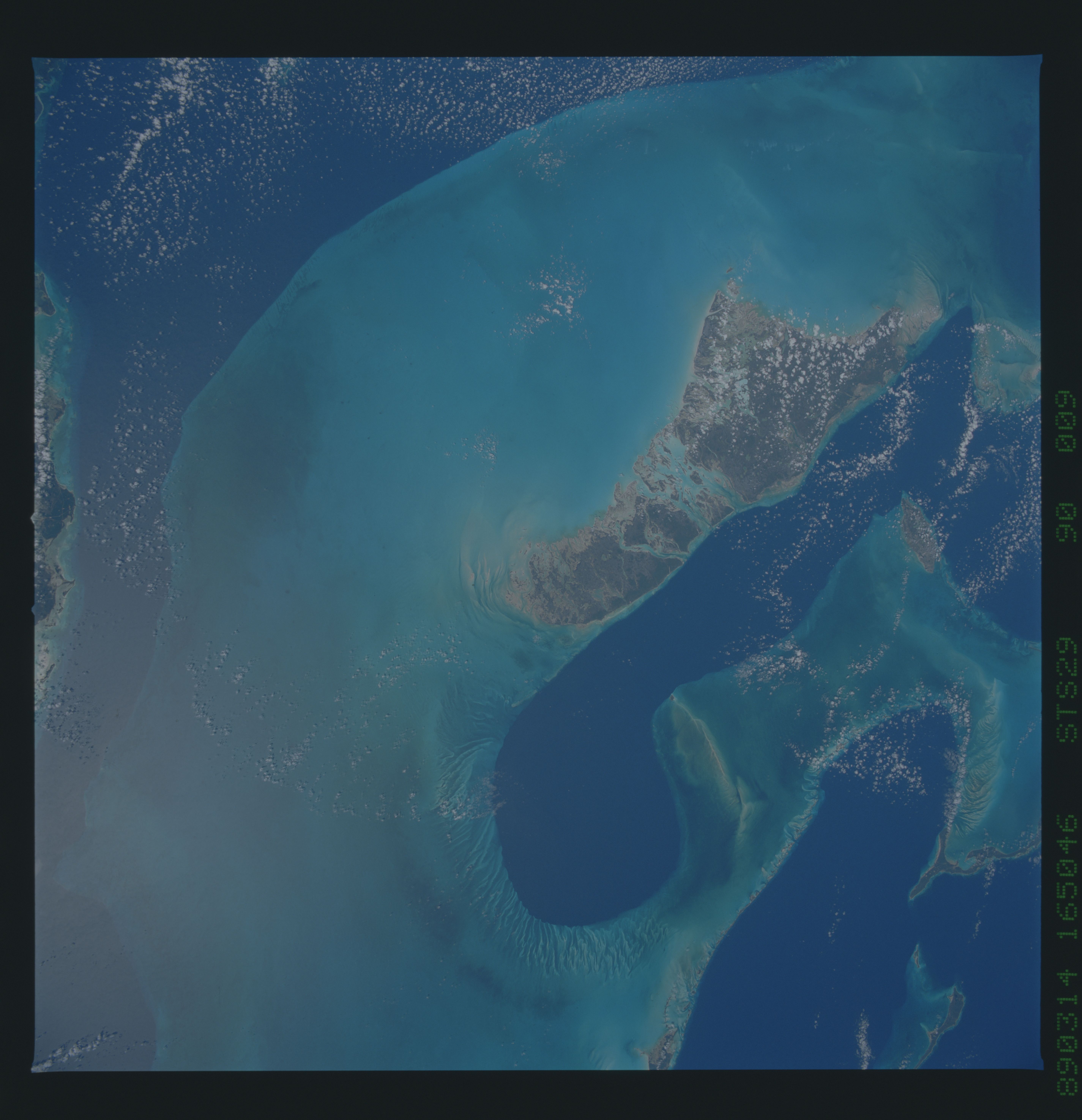 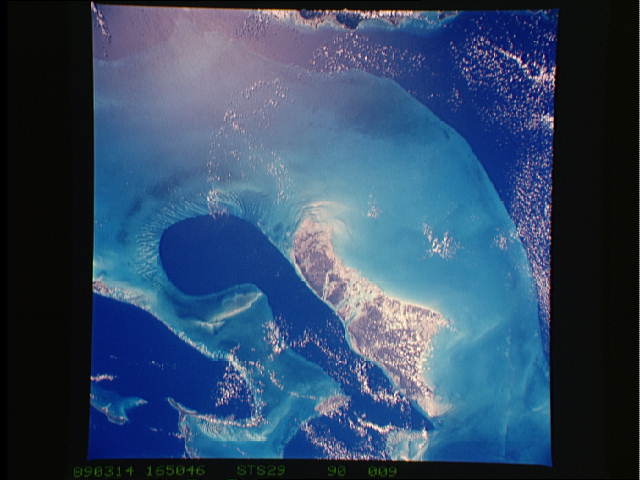 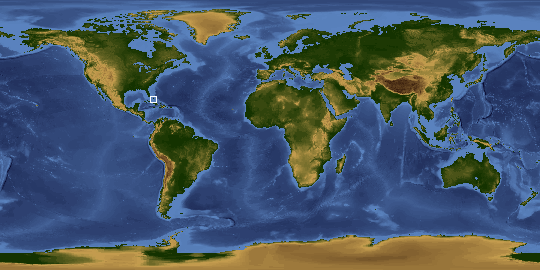 The dark blue area, aptly named "Tongue of the Ocean", is characterized by water depths as great as 3000 meters (almost 2 miles). The Atlantic Ocean just east of Eleuthera Island is nearly nearly 5000 meters deep. By comparison, the waters of the Bahama Platform are less than 15 meters deep. They are warm and become extremely salty due to evaporation and limited circulation from the open ocean. Crystals of aragonite, a calcium carbonate mineral derived from the shells of single celled marine organisms, and direct precipitation, form into oolites (small spherical grains of limestone) as the tidal currents swirl back and forth. Lithification of the carbonate sands produces an oolite limestone. Although the water is warm and clear, corals do not live in the shallows, probably because of the salt content. Though chemically very similar, the rocks resulting from this process have a quite different origin from those formed from coral reefs.