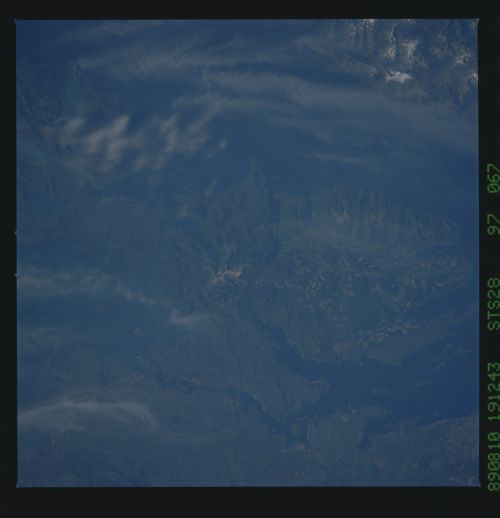 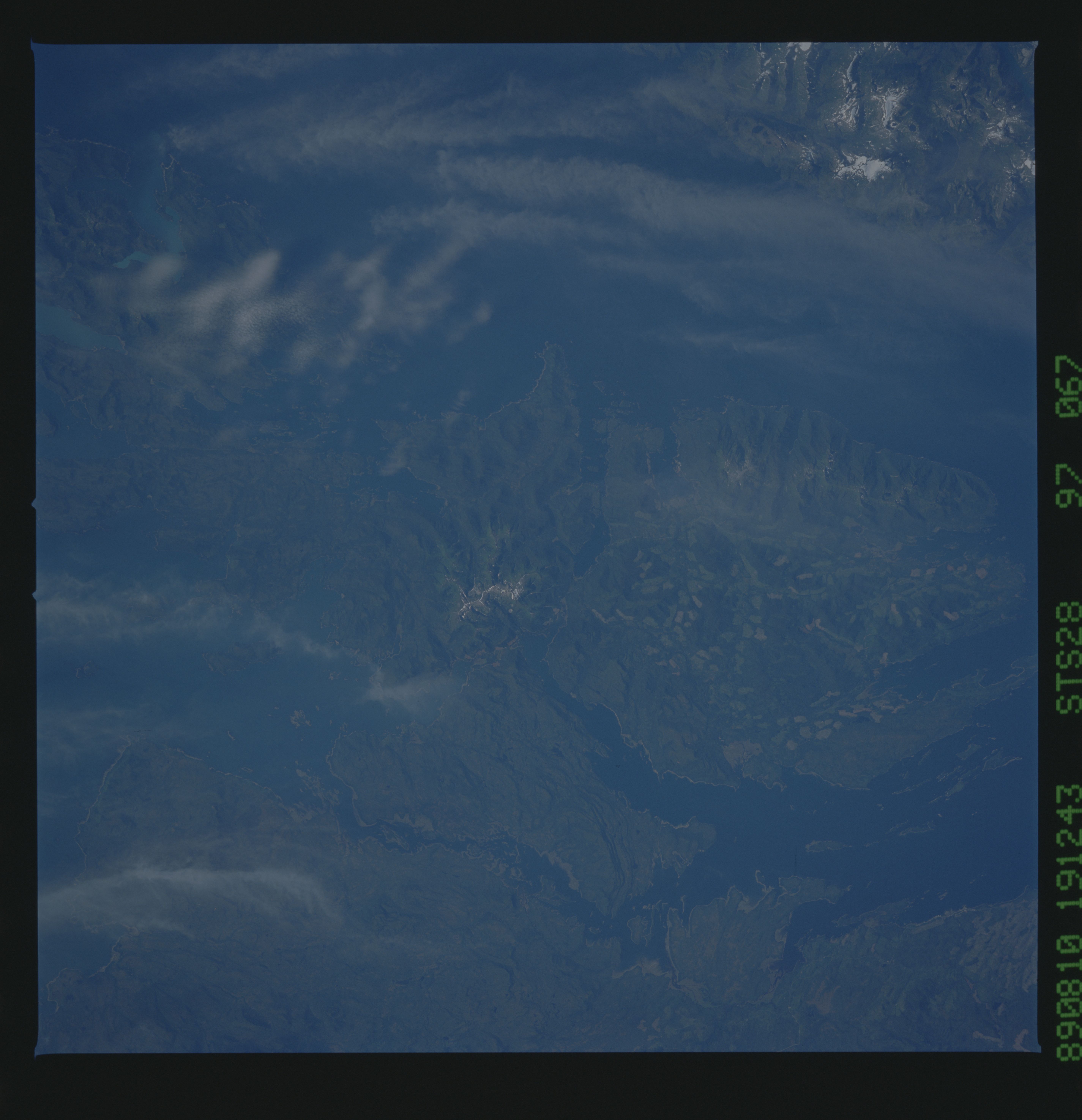 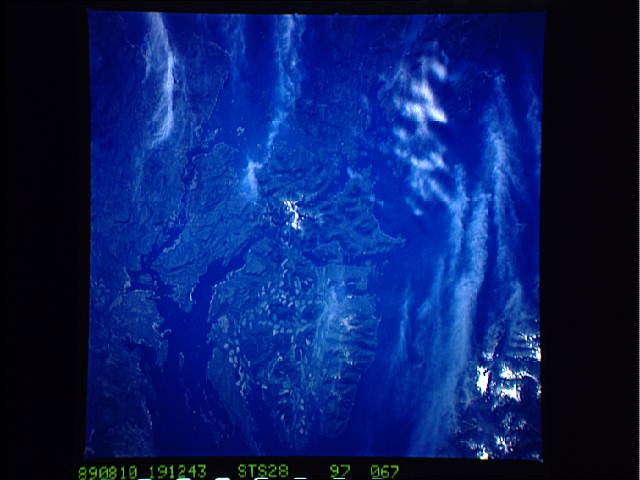 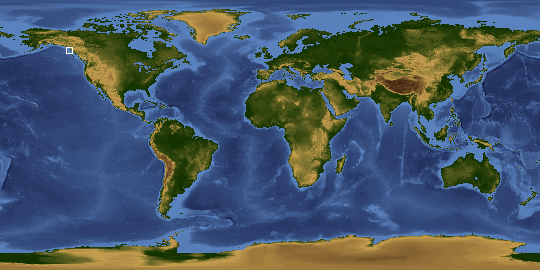 The STS-28 crew photographed the Aral' Sea during their mission
in August 1989. The photograph to the left is a south-looking
oblique view that shows dust (probably salt and silt) blowing
from the eastern shore (1) out over the sea and from Vozrozhdeni-
ya Island (2) over the western shoreline. The top near-vertical
view depicts the older shorelines (3) along the northwestern
coast and Barsa-Kel'mes Island. The land area of the island con-
tinues to grow as water levels in the sea decrease. (S28-153-
074; S28-91-009, 010)