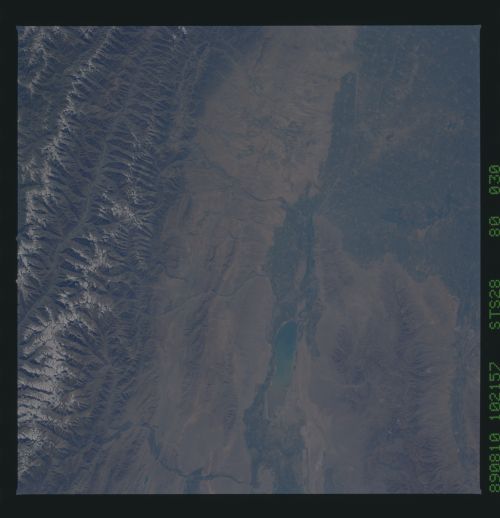 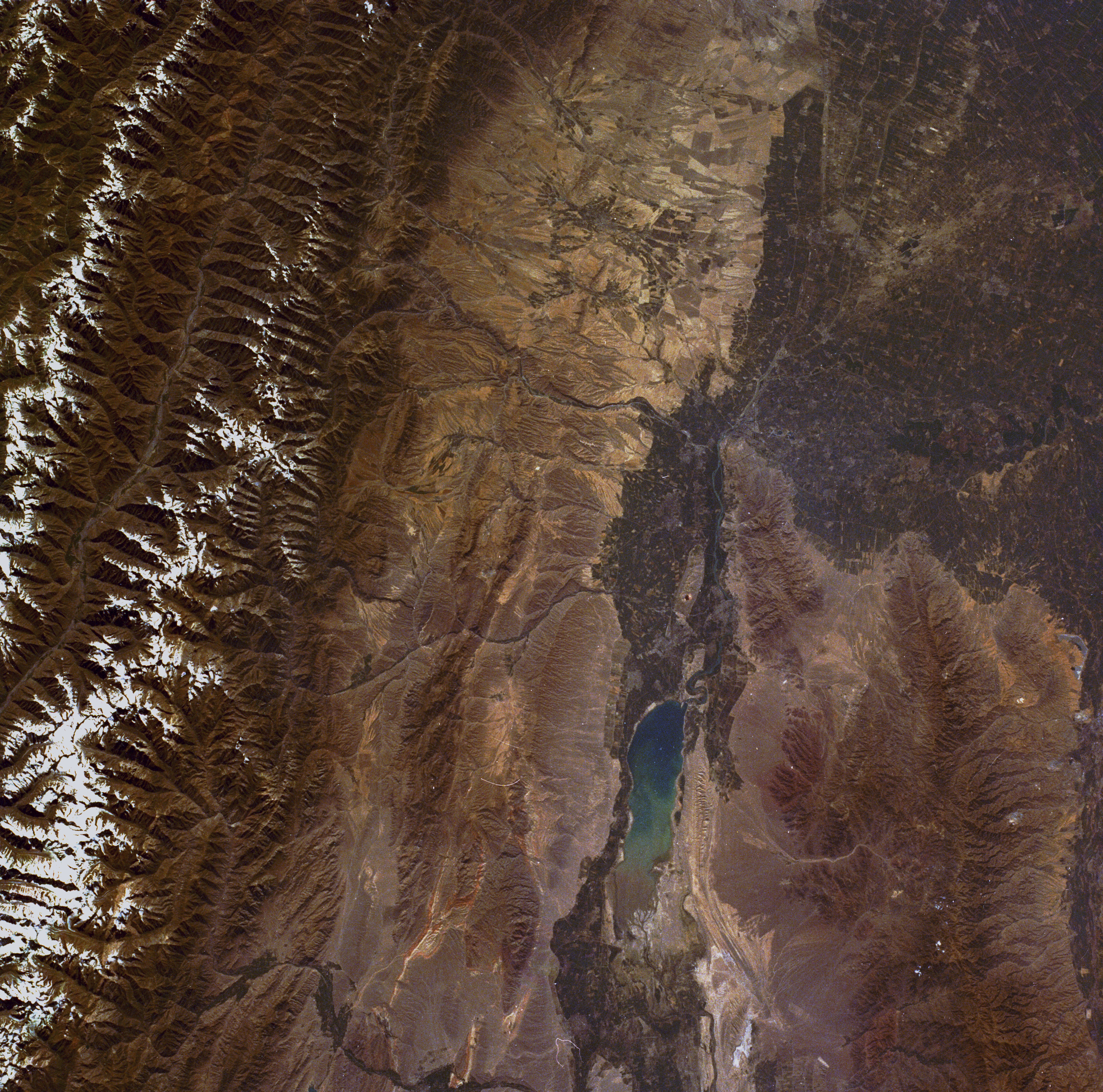 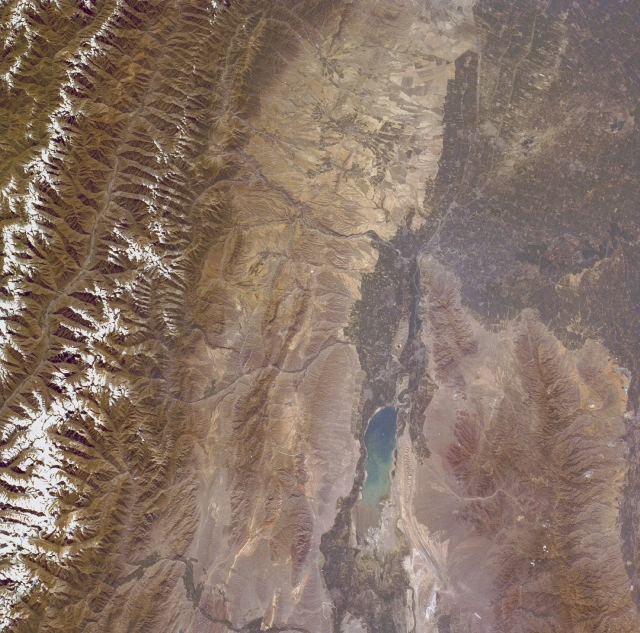 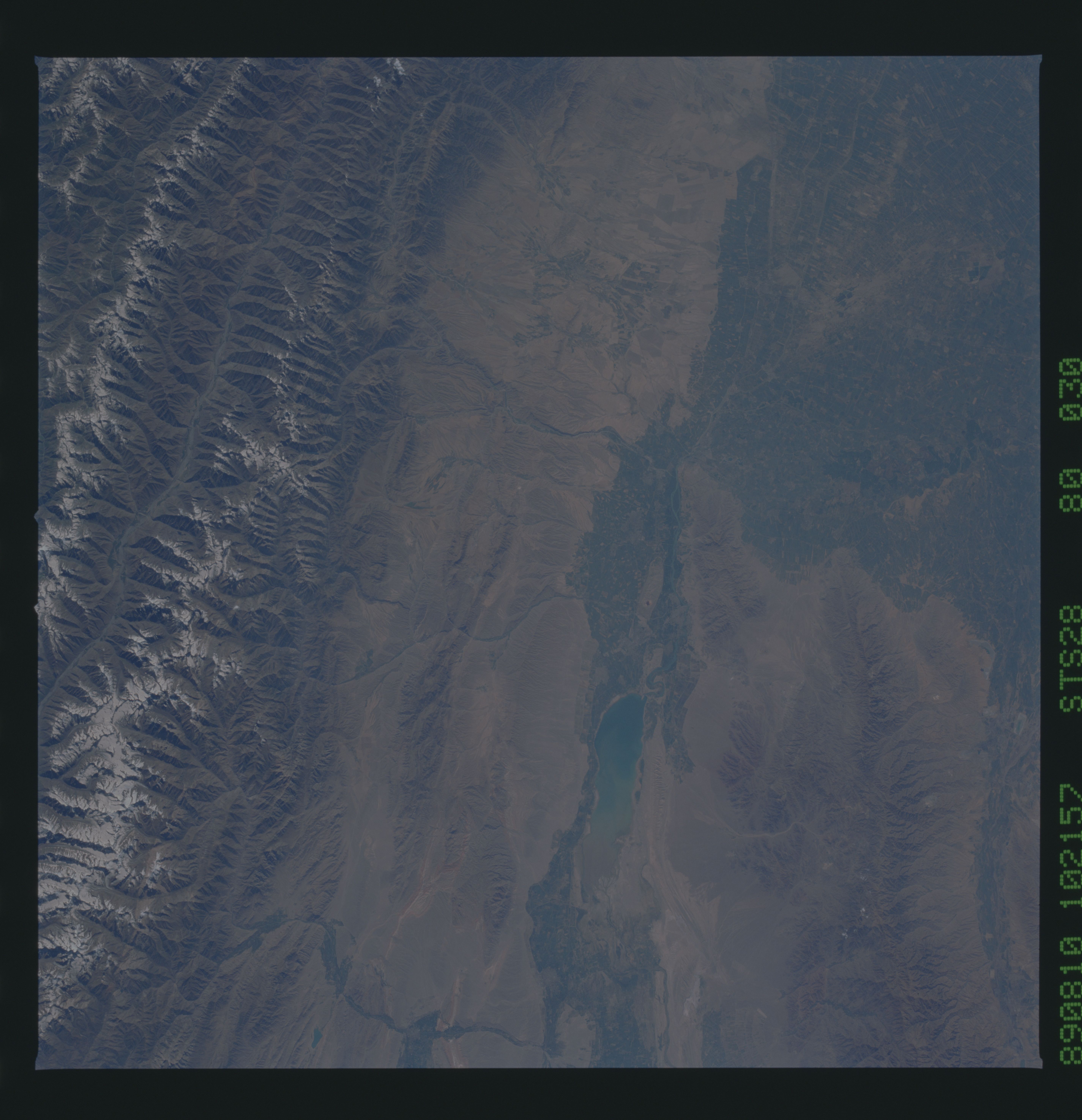 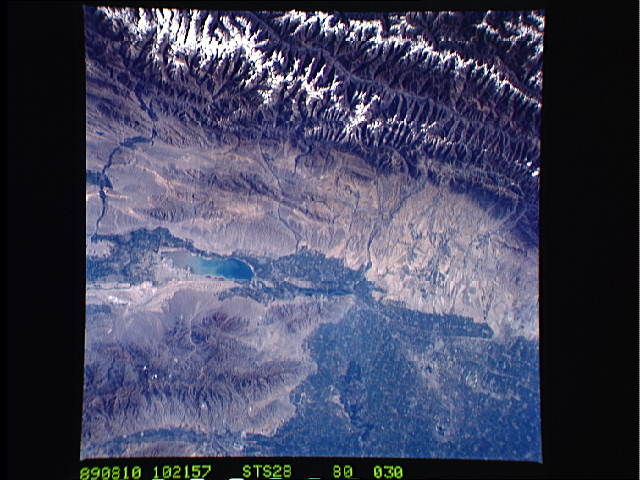 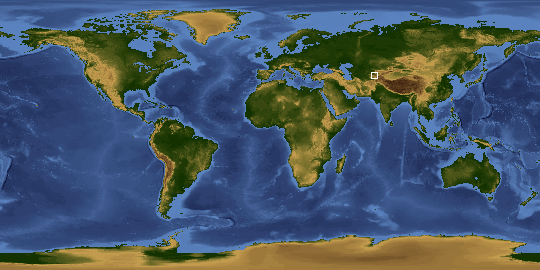 Other options available:
Download Packaged File
Download a Google Earth KML for this Image
View photo footprint information
Download a GeoTIFF for this photo
Image Caption: STS028-080-030 Kayrakkumskoye Reservoir, Tajikistan August 1989
In the southeastern Turkestan region, political geography is complex, and in places the countries' boundaries look like pieces of a jigsaw puzzle. The borders of no fewer than three independent states--Kyrgystan, Uzbekistan, and Tajikistan--are intertwined in this near-vertical photograph of an arid, mountainous landscape. The Kayrakkumskoye Reservoir, which was formed by building a dam on the Syr-Dar'ya River, is actually in the country of Tajikistan; some siltation can be seen at the eastern end of the reservoir. After leaving the reservoir, the Syr-Dar'ya River flows first westward and then northerly after it passes the southwestern tip of the Kuraminskiy Mountains. Because the region is classified as semiarid or steppe climate, receiving an average of 20 inches (50 centimeters) of precipitation annually, agriculture in the valleys and the lowlands is possible because snowmelt and water from glaciers are used for crop irrigation. The Kuraminskiy Mountains border the Syr-Dar'ya River Valley to the north where elevations average 9000 feet (2740 meters) above sea level; south of this valley, the more formidable snowcapped Turkestanskiy Mountains, oriented east-west, rise with elevations ranging from 11 000 to more than 16 000 feet (3350 to 4875 meters) above sea level.