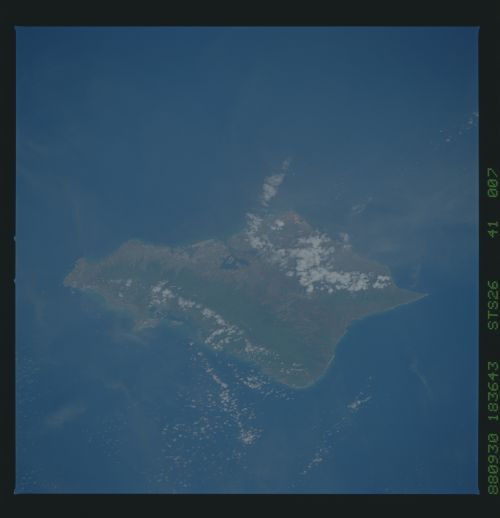 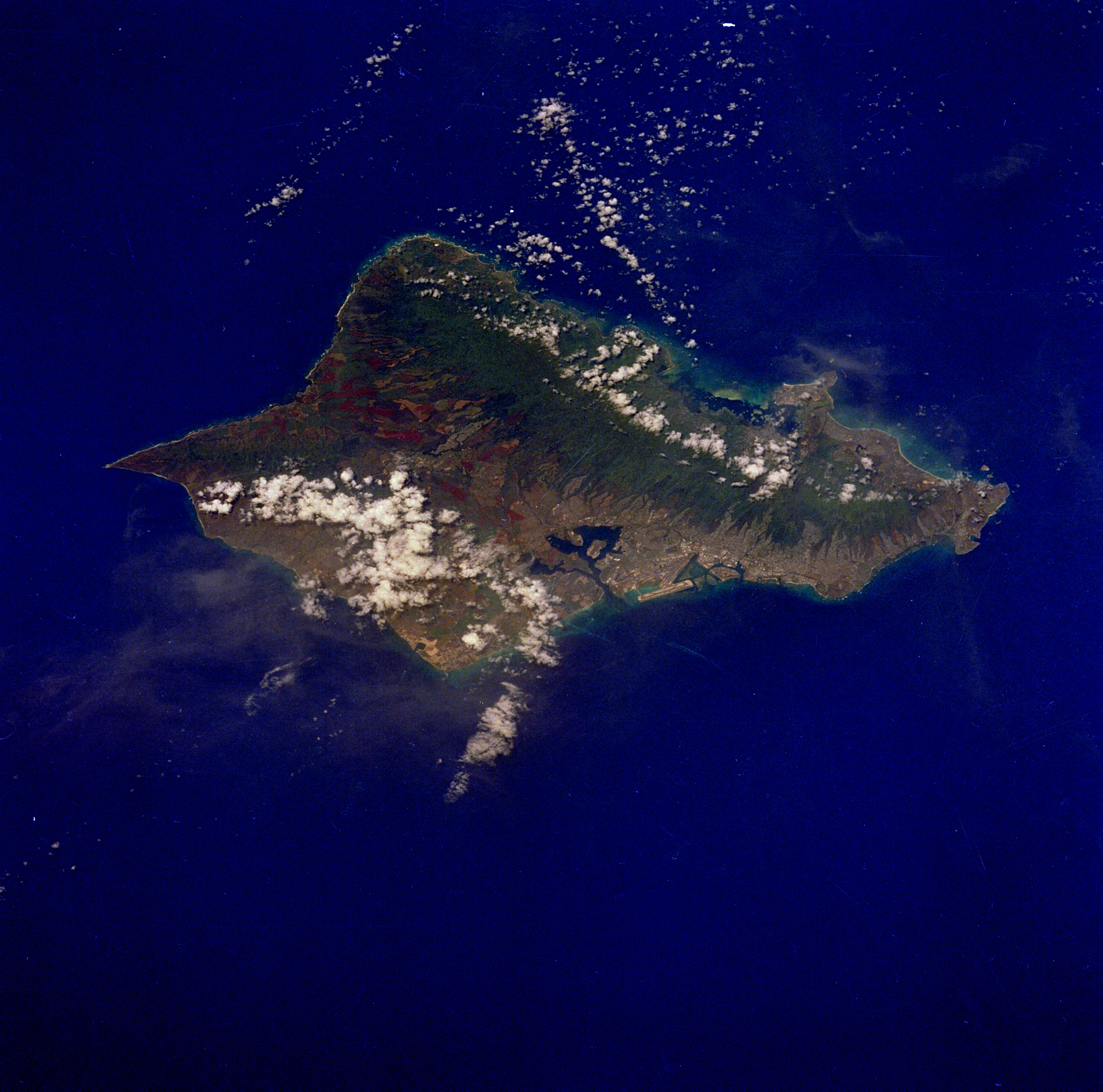 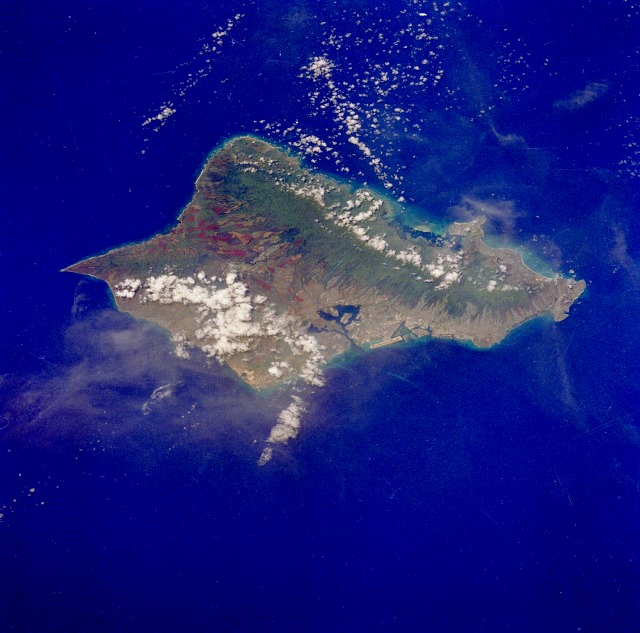 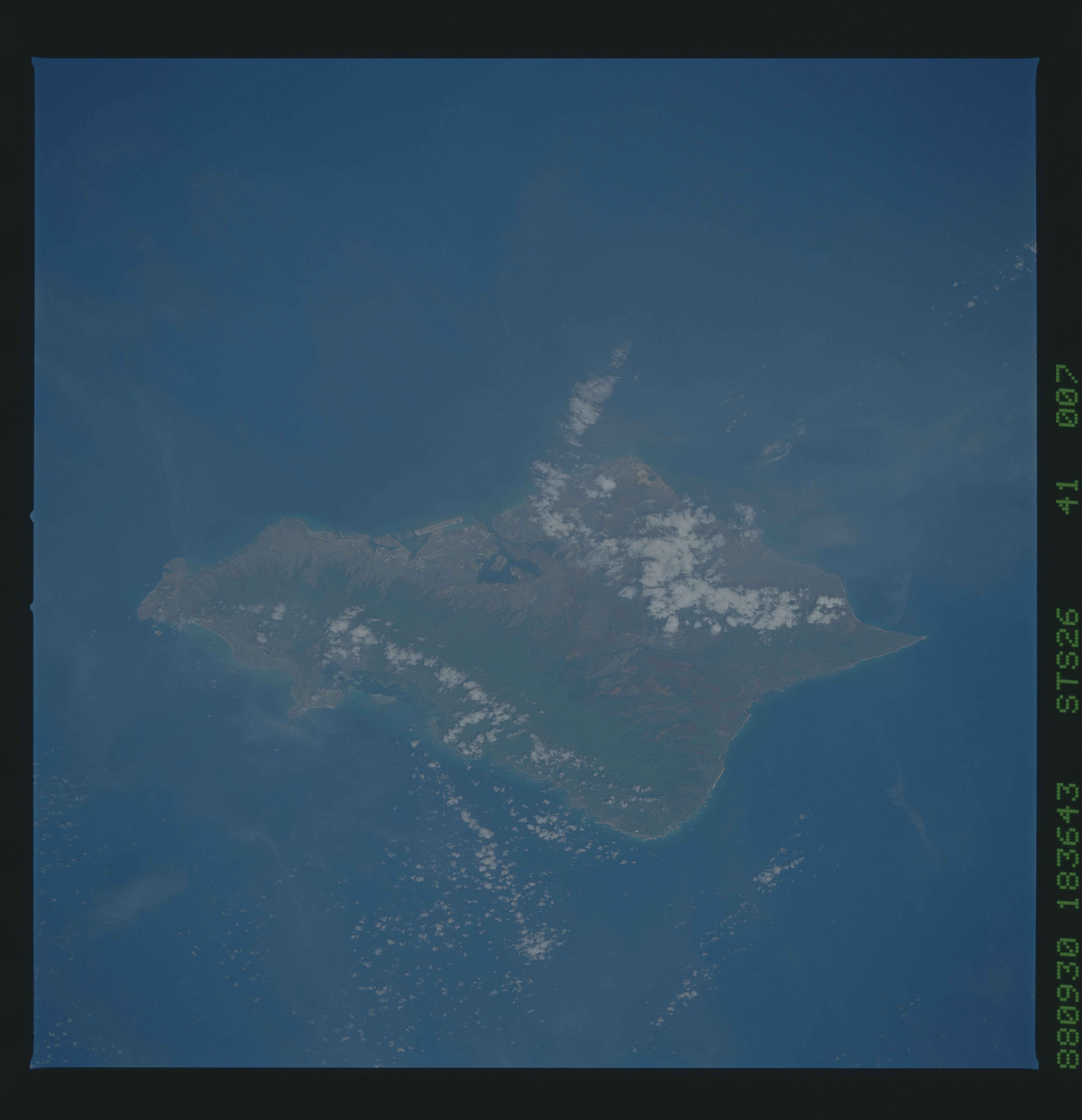 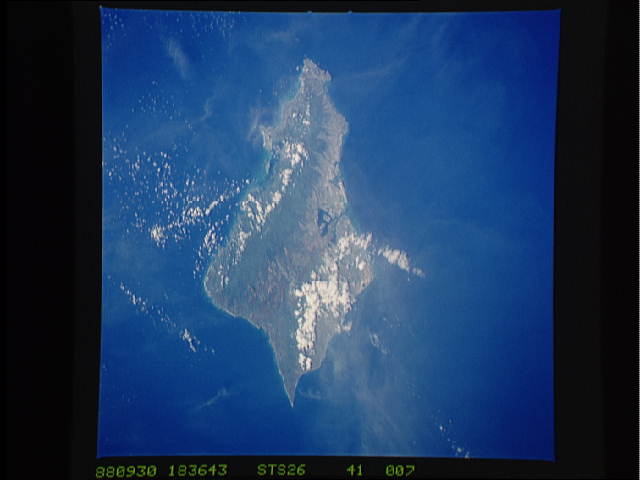 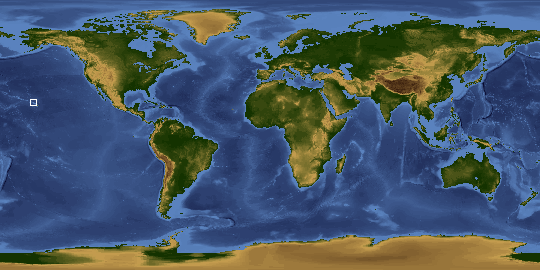 Other options available:
Download Packaged File
Download a Google Earth KML for this Image
View photo footprint information
Image Caption: STS026-041-007 Oahu, Hawaii, U.S.A. September 1988
Oahu, third largest and most important of the Hawaiian Islands, can be seen in this low-oblique, north-northeast-looking photograph (the line to true north runs from Pearl Harbor to Kahuka Point). The island covers 598 square miles (1536 square kilometers). Pearl Harbor, the city of Honolulu, and the International Airport's large runway built on a coral reef can be seen near the center of the photograph. Geologically, two great volcanoes once made up the island of Oahu; but, over time, erosion has left the volcanoes as two parallel mountain ranges--Koolau northeast of Honolulu and Waianae northwest of Honolulu (under clouds). The mountain ranges are separated by a rolling plateau dissected by deep gorges, visible north of Honolulu. Oahu has no active volcanoes, but there are many extinct craters, such as Diamond Head, which is visible southeast of Honolulu. Large pineapple plantations cover the central plateau, and sugarcane plantations cover the coastal plains to the north. Population growth and urban development since the late 1960s have depleted a portion of the rural land available for agriculture. Oahu remains an important site for the U.S. Department of Defense, as it includes the headquarters of the United States Pacific Command and the Pearl Harbor Naval Complex.