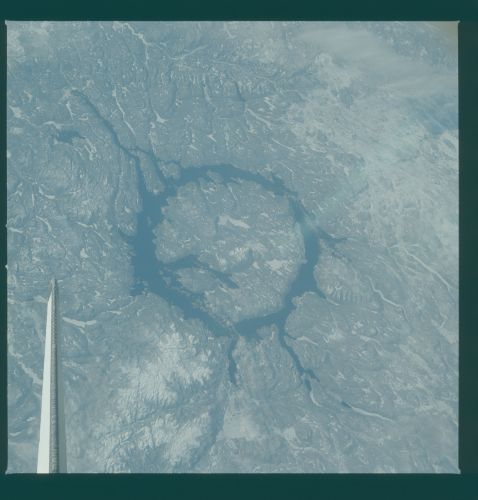 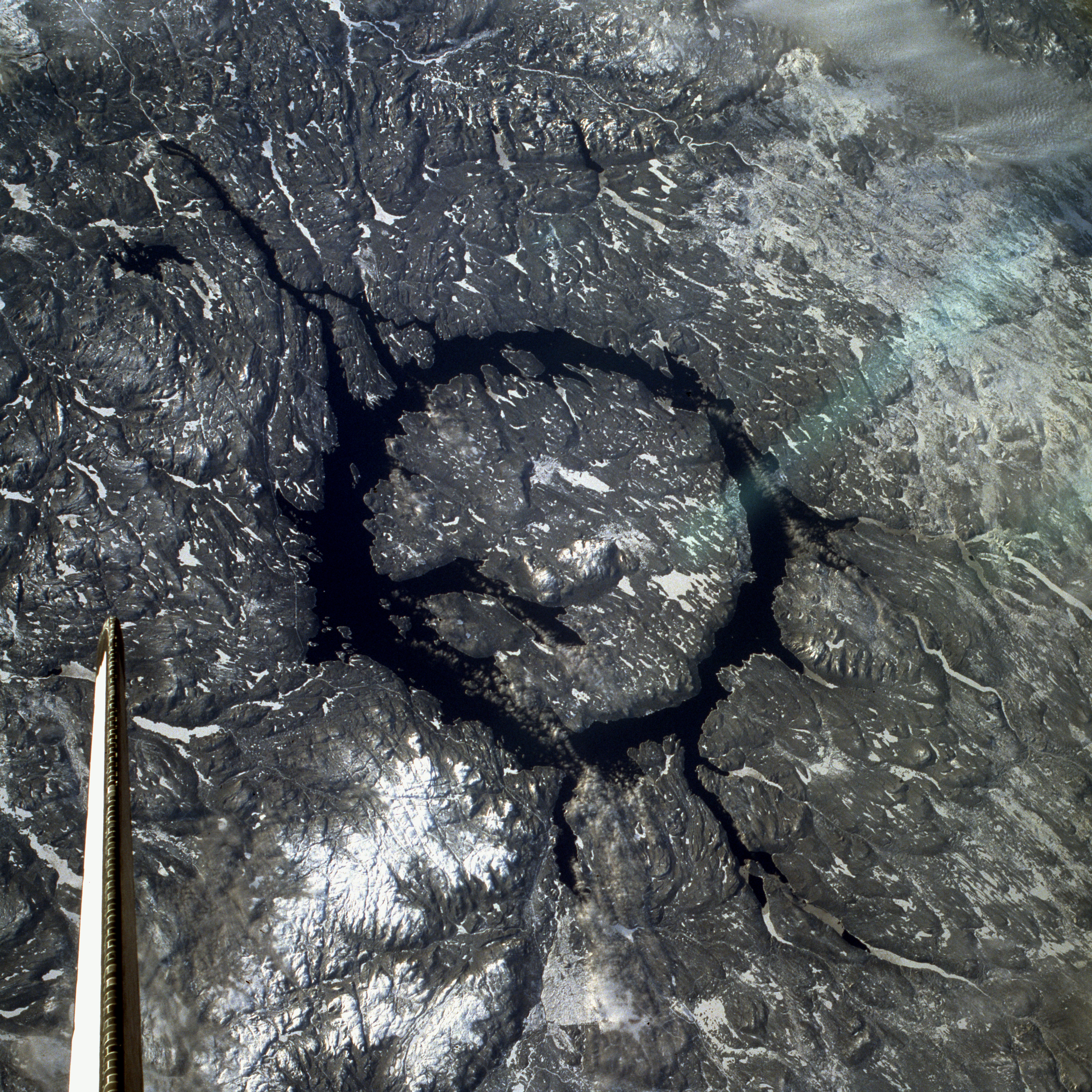 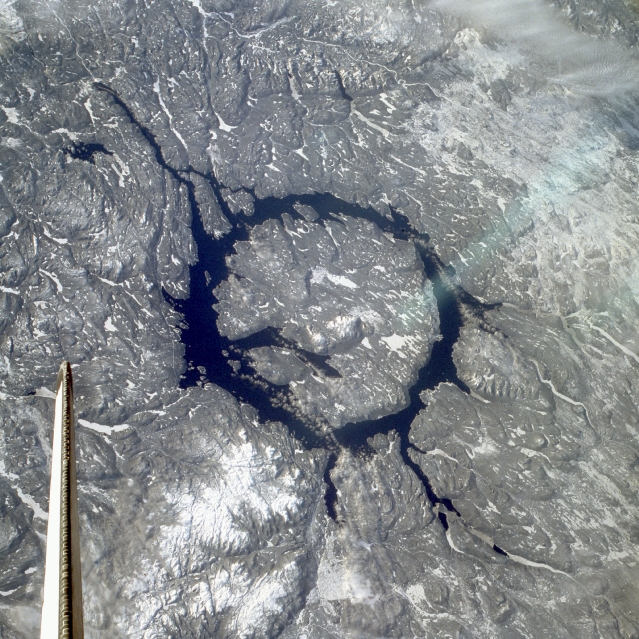 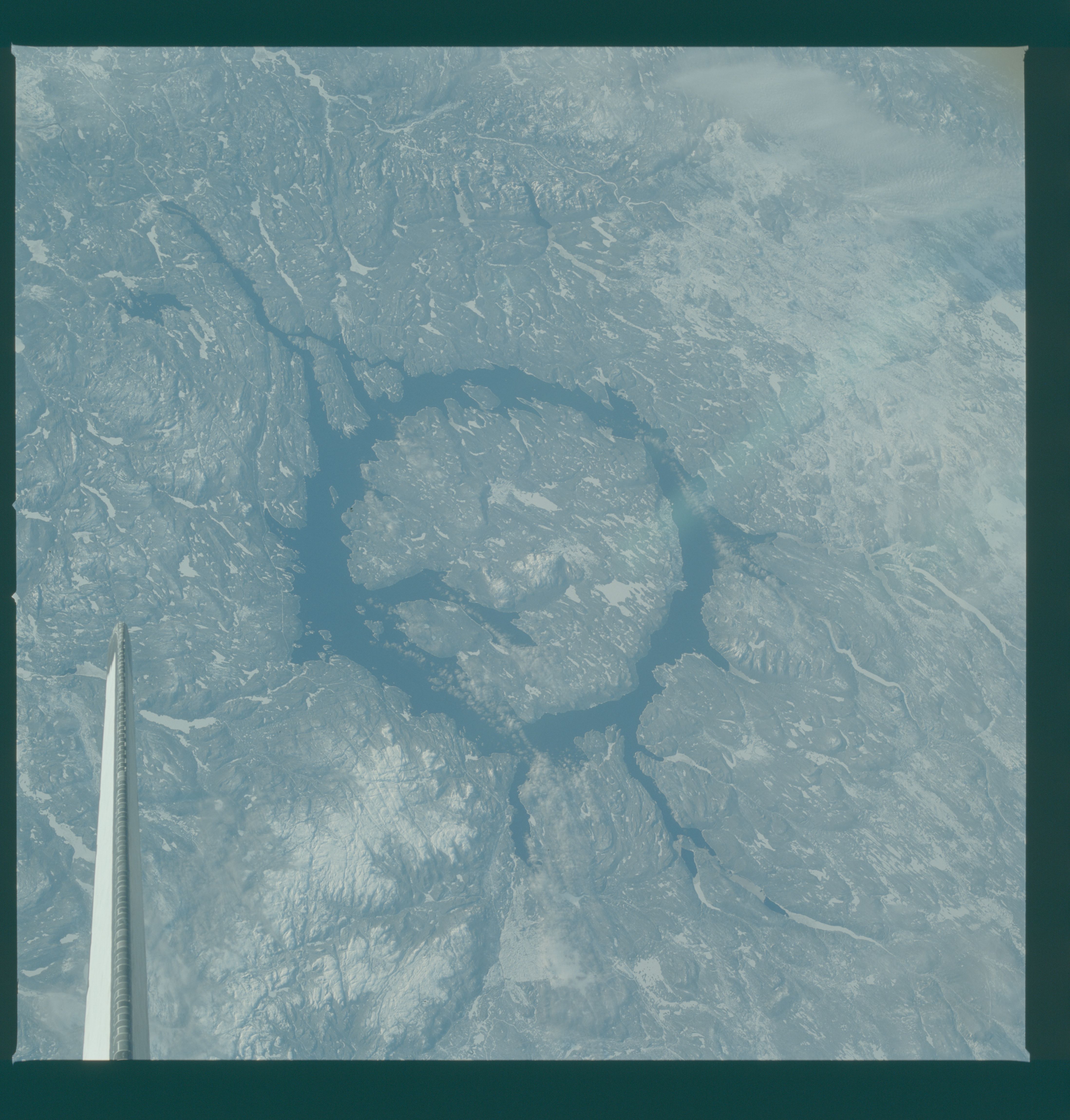 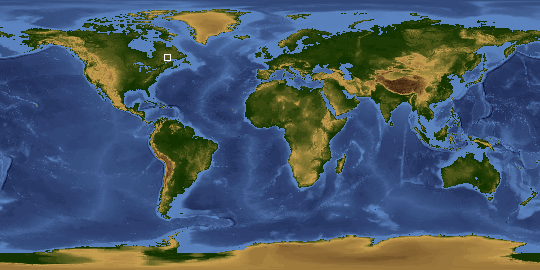 Other options available:
Download Packaged File
Download a Google Earth KML for this Image
View photo footprint information
Image Caption: STS009-048-3139 Manicouagan Reservoir, Canada December 1983
Located in a rugged, heavily timbered area of the Canadian Shield in Quebec Province, Manicouagan Reservoir is impressive in this low-oblique, west-looking photograph. The reservoir, a large annular lake, marks the site of an impact crater 60 miles (100 kilometers) wide. Formed almost 212 million years ago when a large meteorite hit Earth, the crater has been worn down by many advances and retreats of glaciers and other processes of erosion. The reservoir is drained at its south end by the Manicouagan River, which flows from the reservoir and empties into the Saint Lawrence River nearly 300 miles (483 kilometers) south.