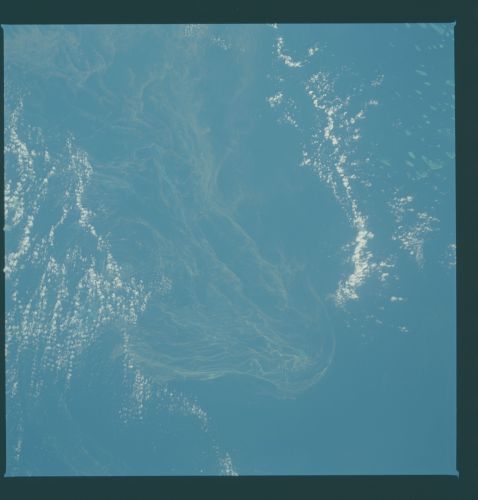 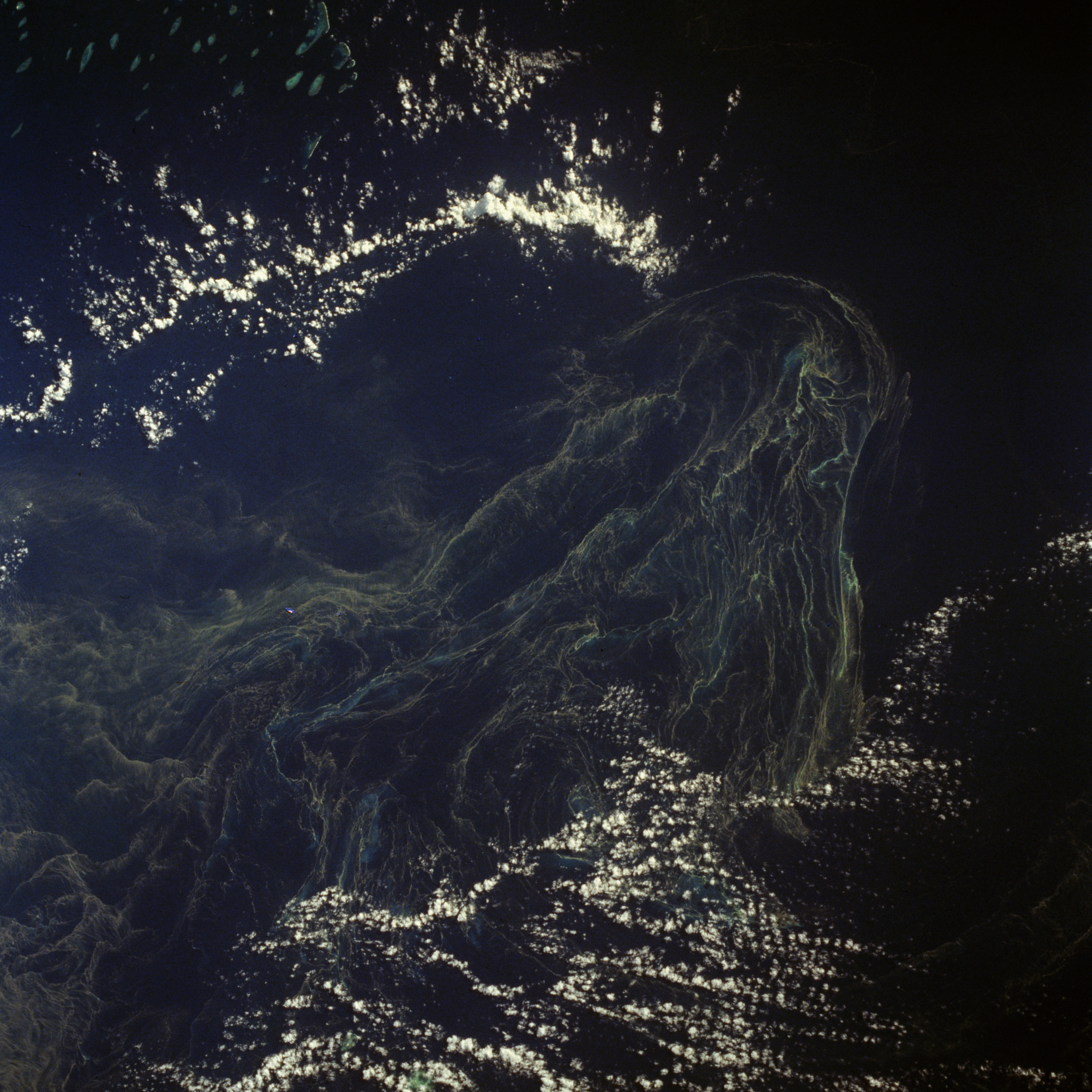 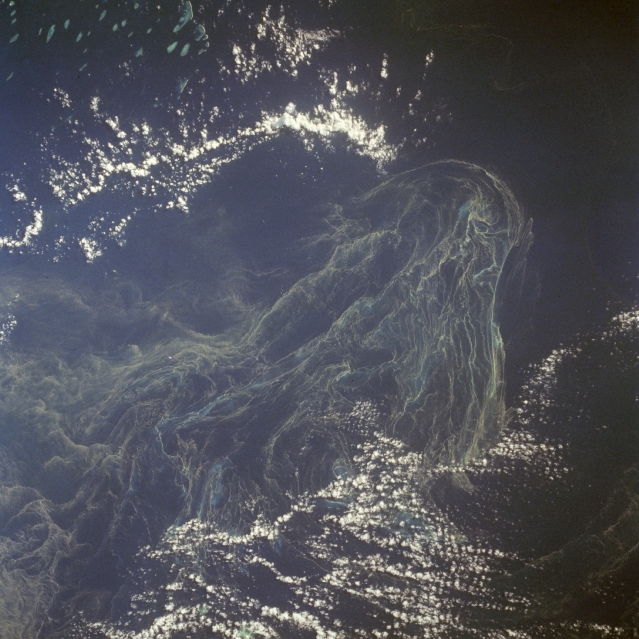 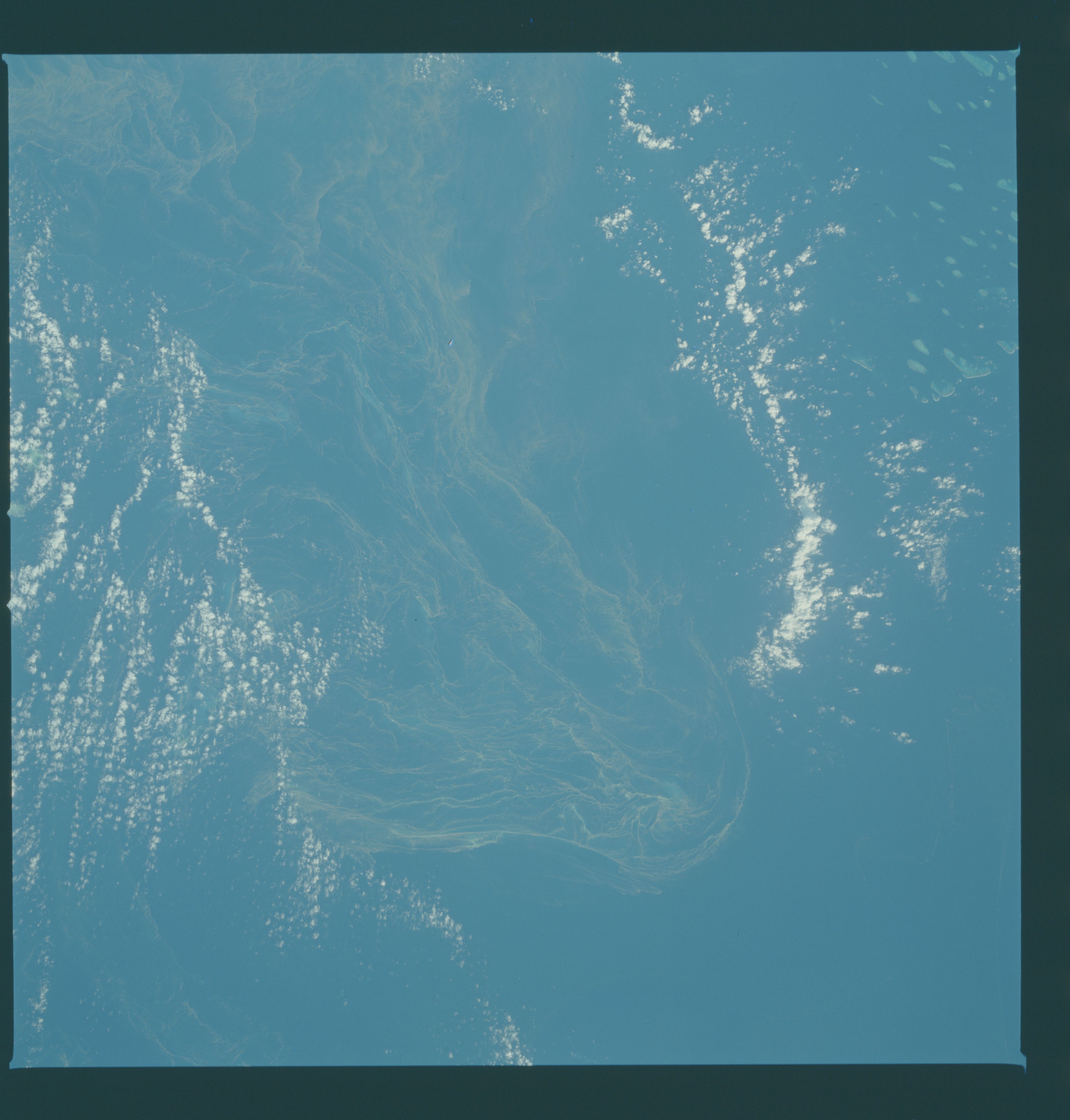 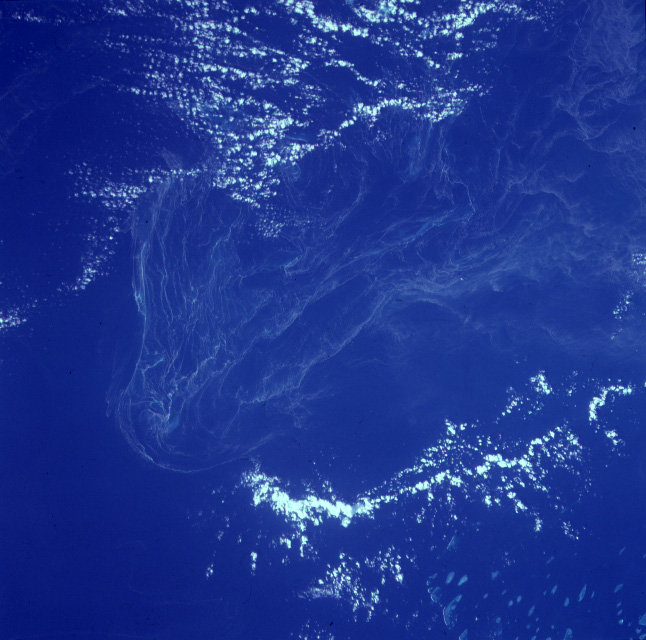 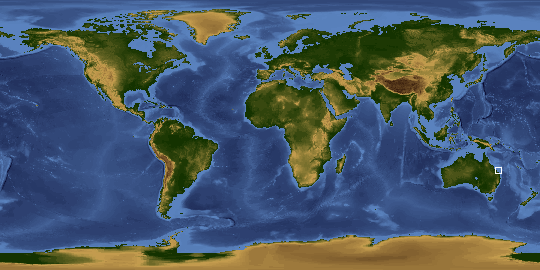 Other options available:
Download Packaged File
Download a Google Earth KML for this Image
View photo footprint information
Download a GeoTIFF for this photo
Image Caption: STS009-035-1622 Plankton Bloom, Capricorn Channel, Northeast Australia December 1983
Plankton blooms form when nutrients from upwelling or cold water currents are warmed by the sun. These blooms often multiply rapidly into a variety of shapes. This plankton species has developed an extensive network of stringers, and the stringers' distribution is probably controlled by surface currents in the water. The approximate size of this particular bloom is 60 miles (100 kilometers) in width and 120 miles (200 kilometers) in length. The southern end of the Great Barrier Reef (called Swain Reefs) can be identified near the northern edge of the scene, which places the bloom in the Capricorn Channel off the northeast coast of Queensland, Australia.

Trichodesmium plankton blooms are not as apparent as the bright blue of the coccolithophor blooms but have been documented just as often. Extensive filaments of this type of plankton bloom have been photographed off the Western, Northern and Eastern coasts of Australia. This phenomena has not been easily detectable with other sensors such as the color zone coastal scanner (CZCS) or Advanced Very High Resolution Radiometer (AVHRR). First using Shuttle photography to detect Trichodesmium erythraeum phytoplankton blooms, Ajit Subramaniam, Marine Sciences Research Center, State University of New York Stony Brook, was then able to extract data from specific areas from the CZCS data to build an algorithm to detect these plankton blooms in other regions of the world from the CZCS data. Since plankton use carbon, this type of information adds to the understanding of the processes and quantity of carbon which the oceans can absorb.