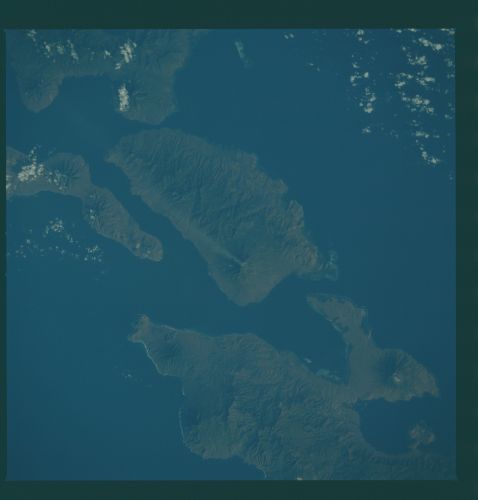 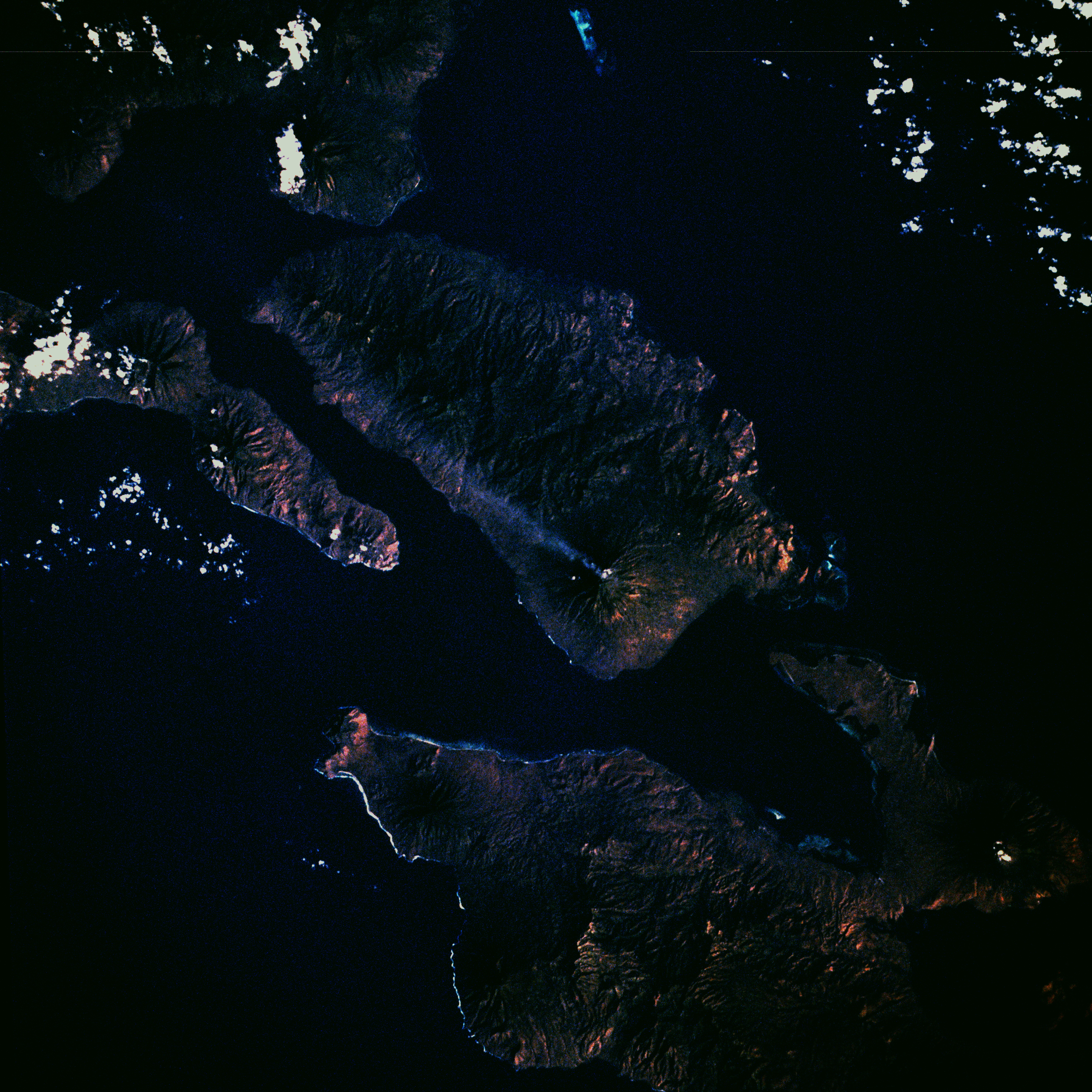 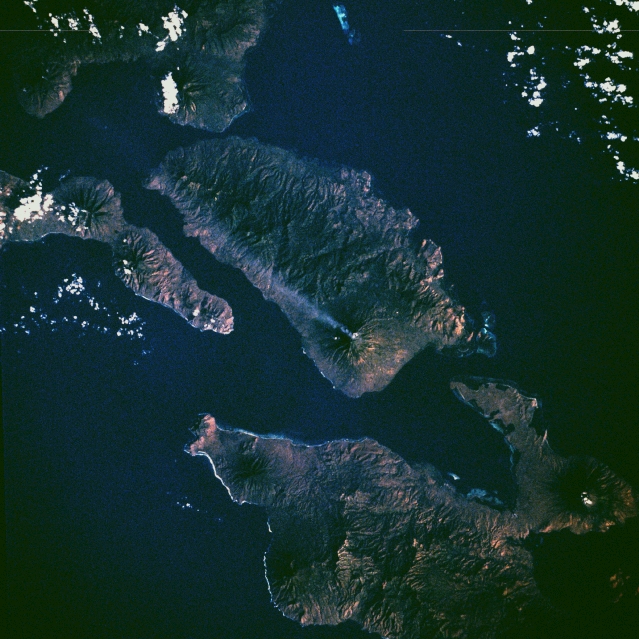 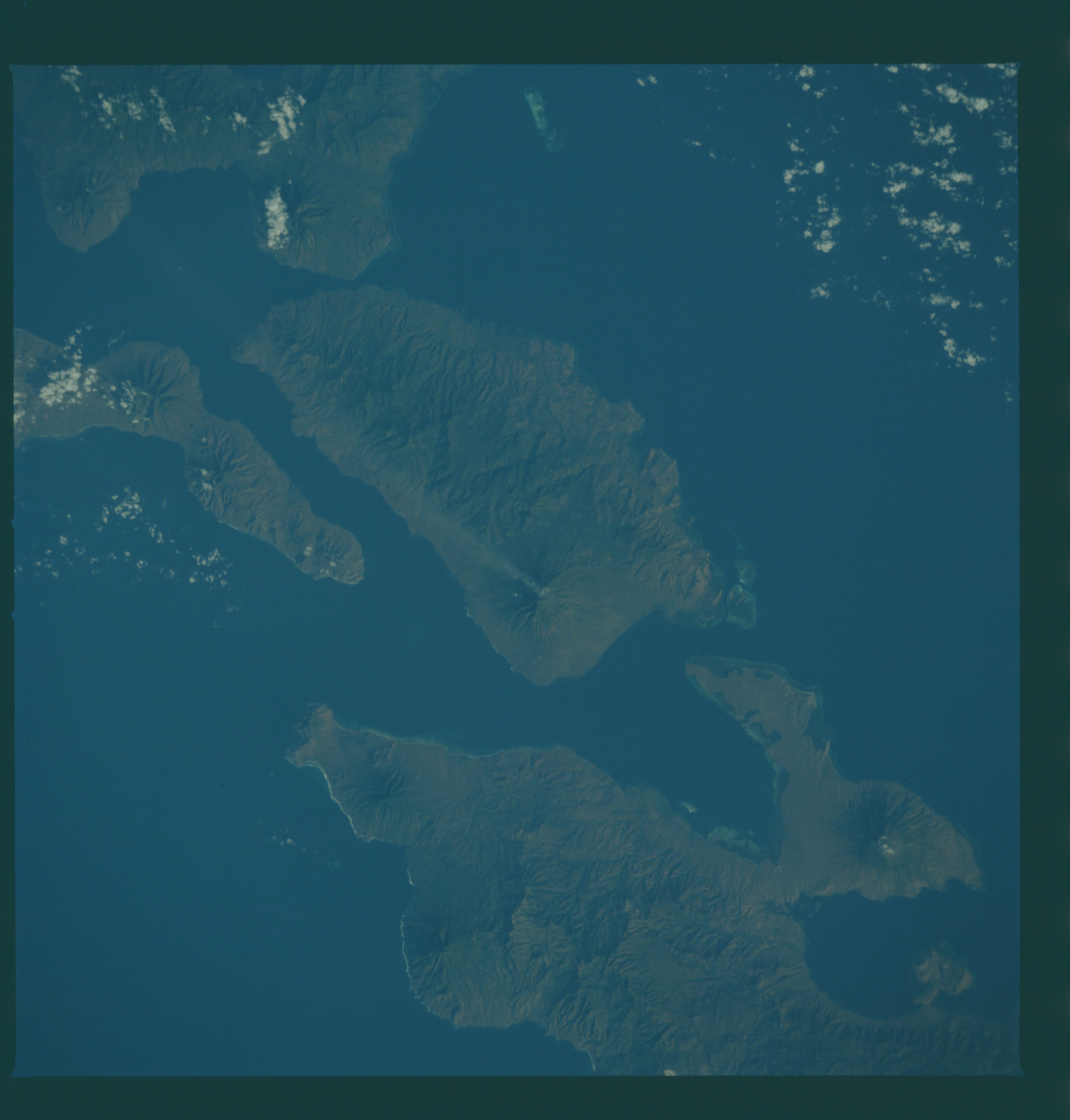 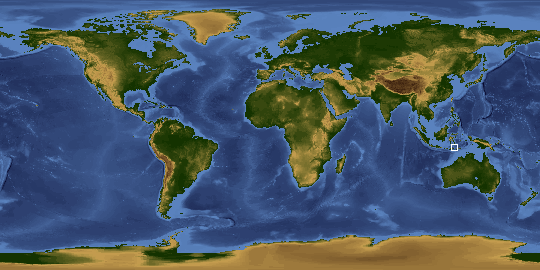 Other options available:
Download Packaged File
Download a Google Earth KML for this Image
View photo footprint information
Download a GeoTIFF for this photo
Image Caption: STS008-50-1840 Adonara Island, Indonesia September 1983
The eruption plume from Ili Boleng, a stratovolcano on Adonara Island in the Lesser Sunda Islands, drifts from east to west in this near-vertical photograph. Ili Boleng has erupted many times since 1885. The 1973 eruption caused a large mudflow that swept down the mountainside, destroying a number of small villages and resulting in many fatalities. The other islands in this photograph are also characterized by active volcanoes with sometimes violent, explosive eruptions and frequent earthquakes that destroy life and property. Adonara Island covers 224 square miles (580 square kilometers) and is 23 miles (37 kilometers) long and 11 miles (18 kilometers) wide. Lomblen Island, with its many volcanoes, is east-southeast of Adonara Island. To Adonara's west, the eastern tip of Flores Island is visible; almost due south of Adonara is Solor Island. As part of Indonesia, a country that has more active volcanoes and more eruption fatalities than any country on Earth, Adonara Island lies in a subduction zone, where the Australian crustal plate dives beneath the Eurasian plate, forming an island arc volcanic system.