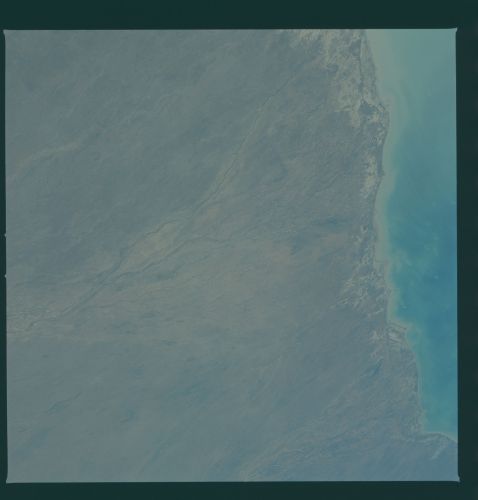 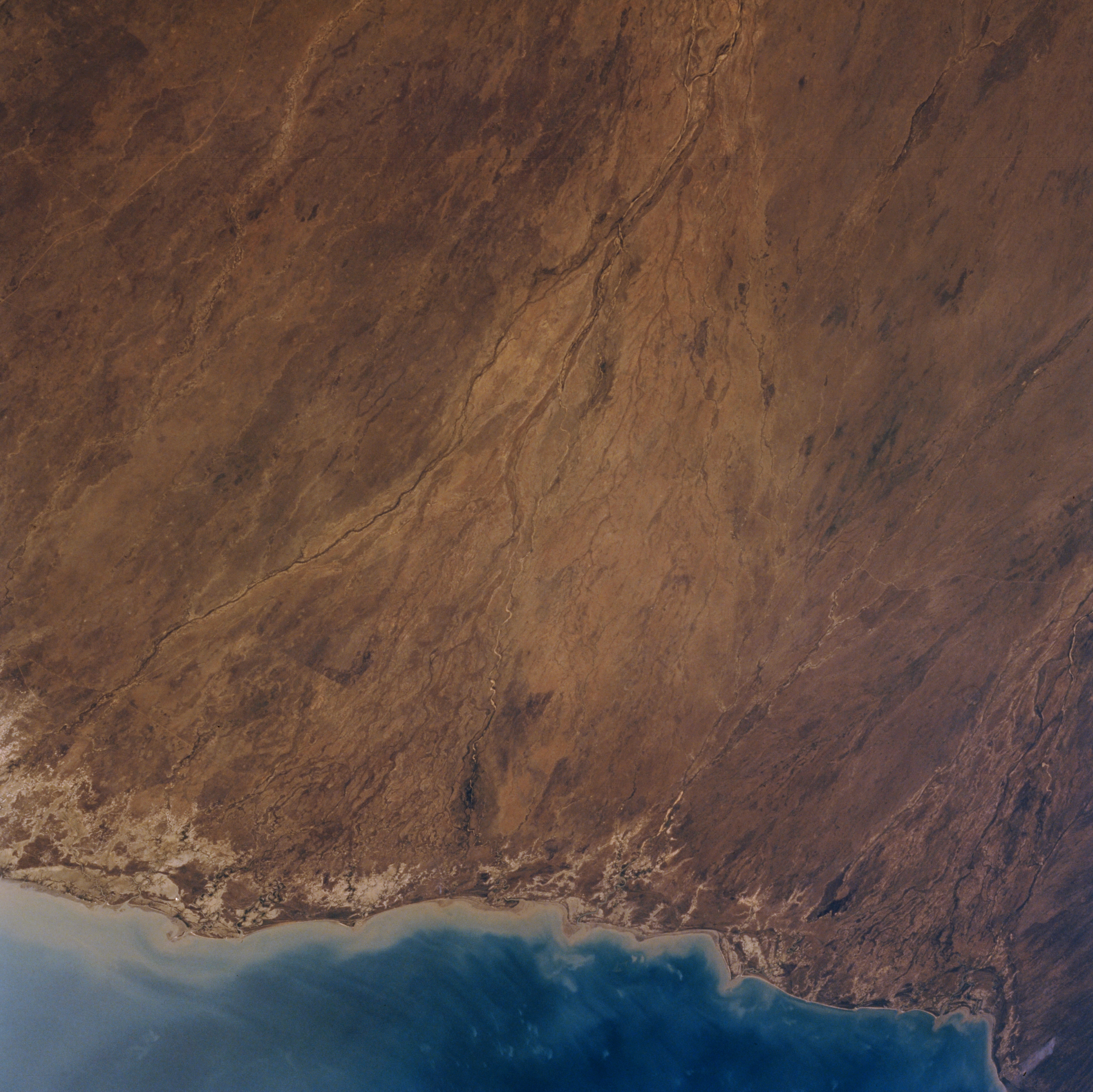 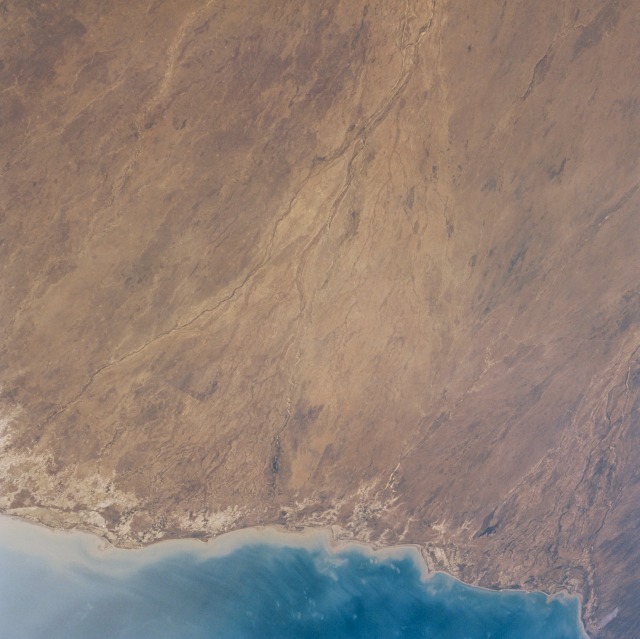 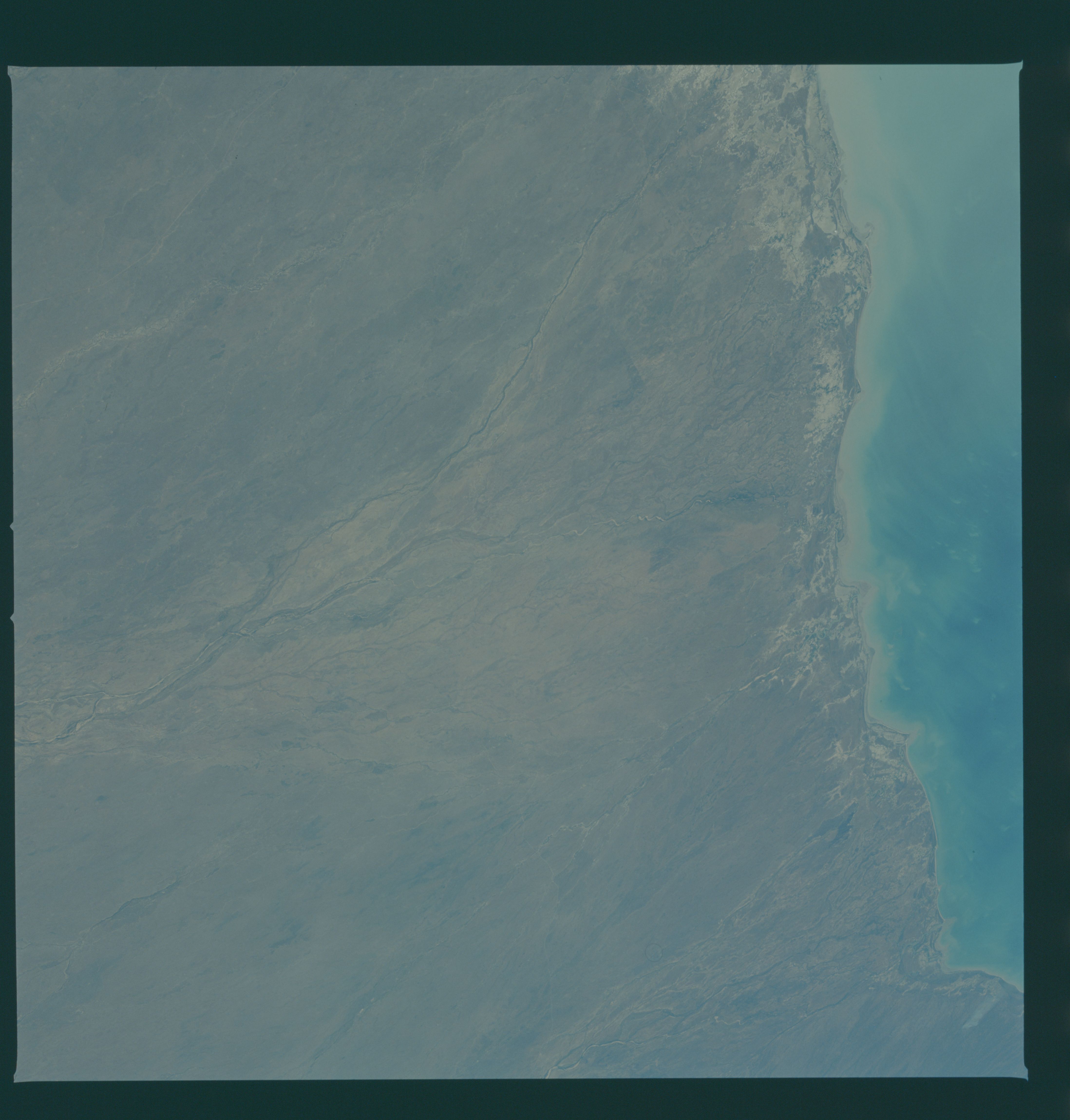 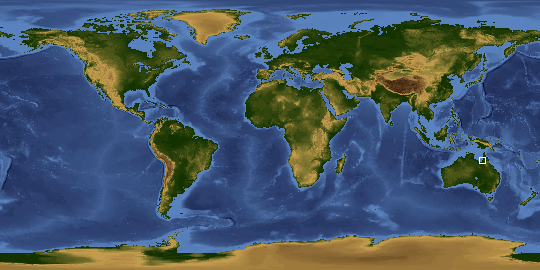 Other options available:
Download Packaged File
Download a Google Earth KML for this Image
View photo footprint information
Download a GeoTIFF for this photo
Image Caption: STS008-43-2190 Gilbert River Delta, Queensland, Australia September 1983
Several intermittently flowing rivers, including the Gilbert River (center of image) coalesce towards the interior in this view of the southeastern shoreline of the Gulf of Carpenteria. Two delta-like features can be seen, one based on the Gilbert River (center of image) and one in the northeast corner based on the Mitchell River. Flow through the deltas along the southern and eastern shorelines of the Gulf of Carpentaria depends upon the summer monsoon. During the remainder of the year the rivers are dry. Most of these rivers cross a flat coastal plain in their lower courses and are characterized by distributary development that can include discharge into neighboring streams and channels. The Mitchell River in a good year yields the greatest total annual discharge of any Australian river, even exceeding the Murray River in southeastern Australia.