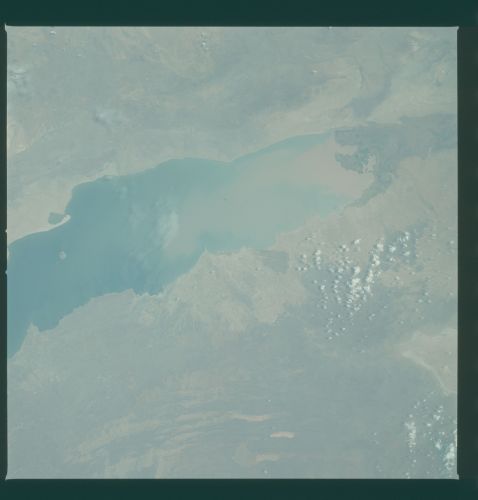 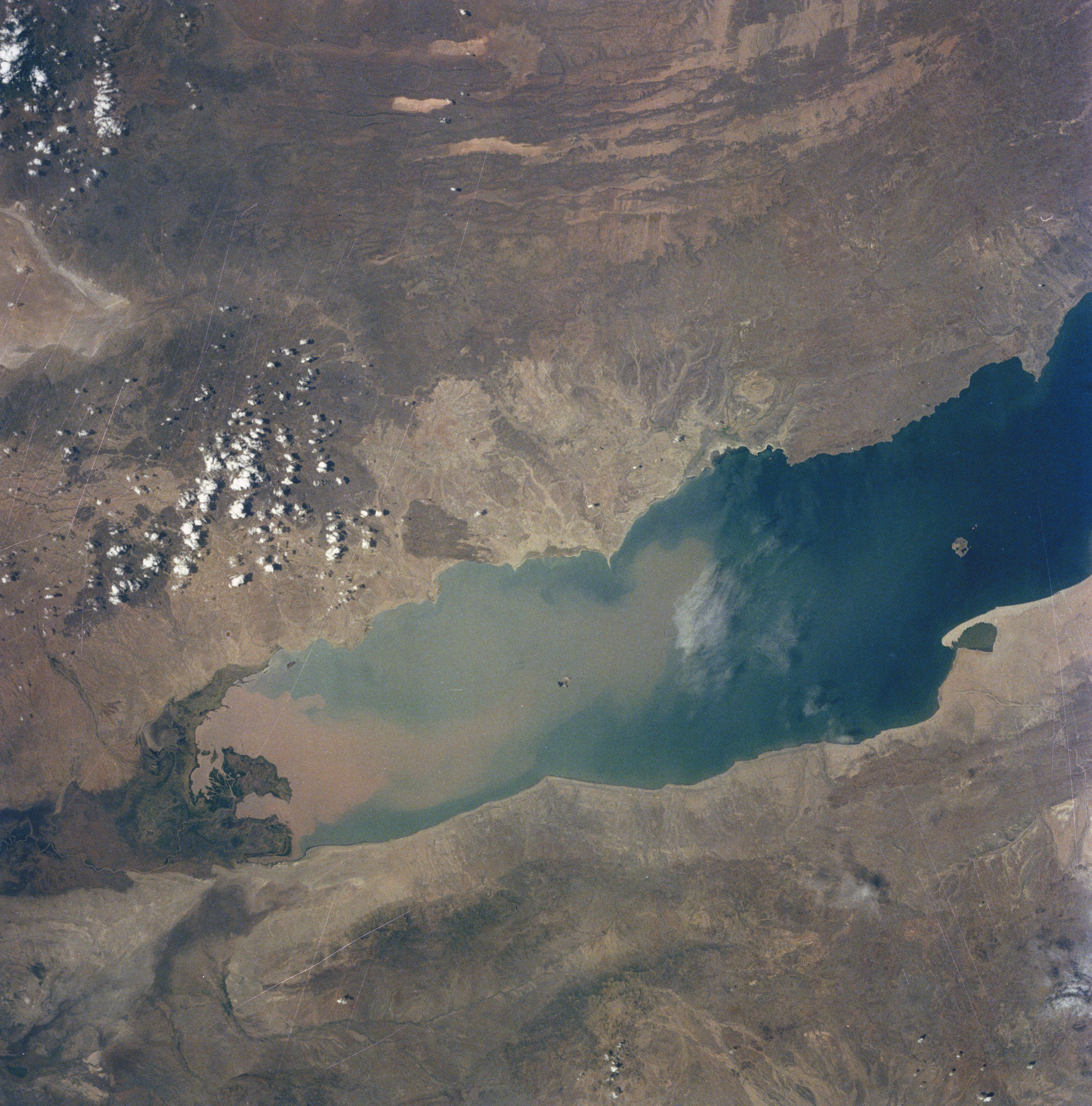 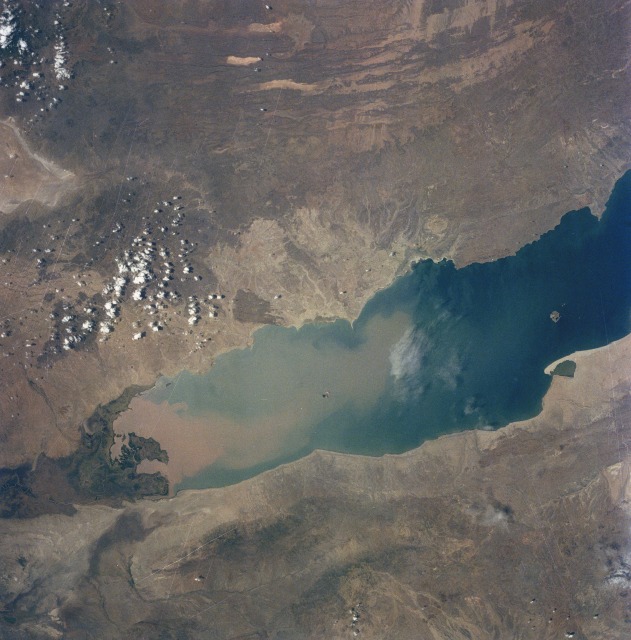 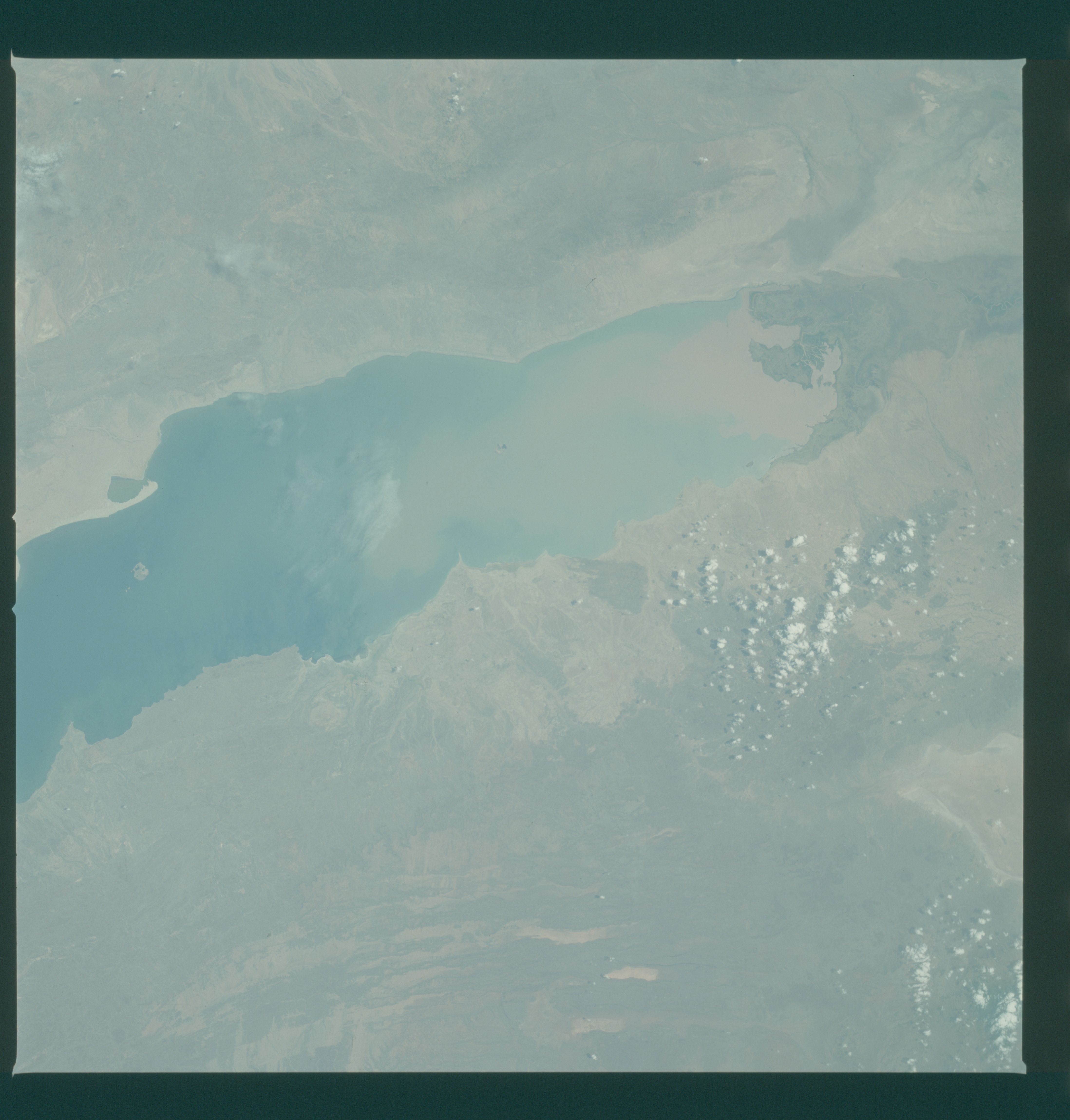 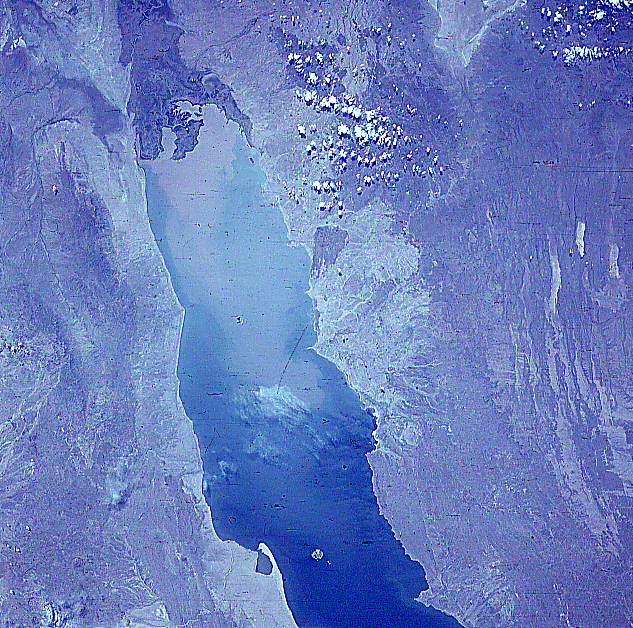 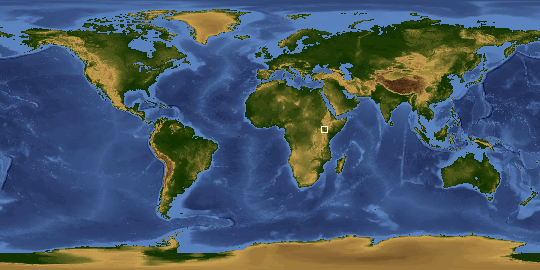 The changing Omo River Delta is under study using Space Shuttle
photography. The Omo River is a fault-controlled drainage and
empties from the southern highlands of Ethiopa, a region which
includes both subsistence farming and large coffee plantations.
The size of the delta built into Lake Turkana has increased
several-fold over the past 25 years. The ONC map, based on 1966
survey data, shows the size of the delta (1) at roughly 445
square km.

The size and shape of the delta has changed in the photograph
taken in 1983 on STS-7 (2) , as well as on the STS-28 photomo-
saic (3). By late 1989, the delta size is estimated to be ap-
proximately 1800 square km . Two contributing factors to the
changing delta are lowered water levels in Lake Turkana, and in-
creased siltation from the Omo River. The silt load of the river
is great, as these photographs indicate (4). However, it is
still unclear if the silt load has increased in recent years,
perhaps in response to changing landuses upstream. The lake lev-
el has dropped significantly over the past few years, evidenced
by the old shorelines (5) and dried lagoon (6) on the STS-28 pho-
tomosaic.