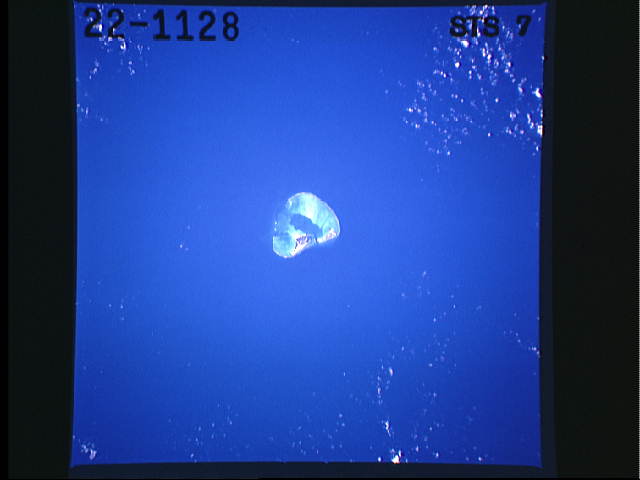 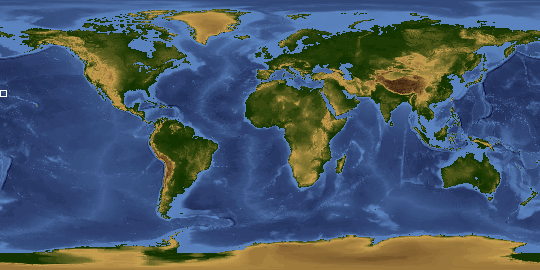 This near-vertical view shows Midway and its two small islands,
Sand and Eastern. The U.S. Military Base at Midway (1) is lo-
cated on Sand Island. The caldera of the once volcanic island
has subsided beneath the sea, leaving behind the fringing coral
reef and interior lagoons.

The famous World War II battle was fought north of Midway Island.
The battle began early on June 4, 1942 with an attack by Japanese
aircraft on Midway Island. By late afternoon, the engagement had
ended with four Japanese carriers sunk. The Americans lost the
carrier Yorktown. The battle demonstrated that bombers from air-
craft carriers, properly utilized, could defeat a superior sur-
face force. The American victory ended the Japanese advance in
the Pacific Ocean. (S07-22-1128)