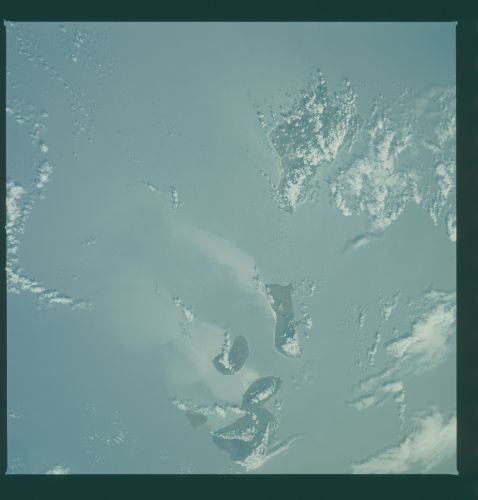 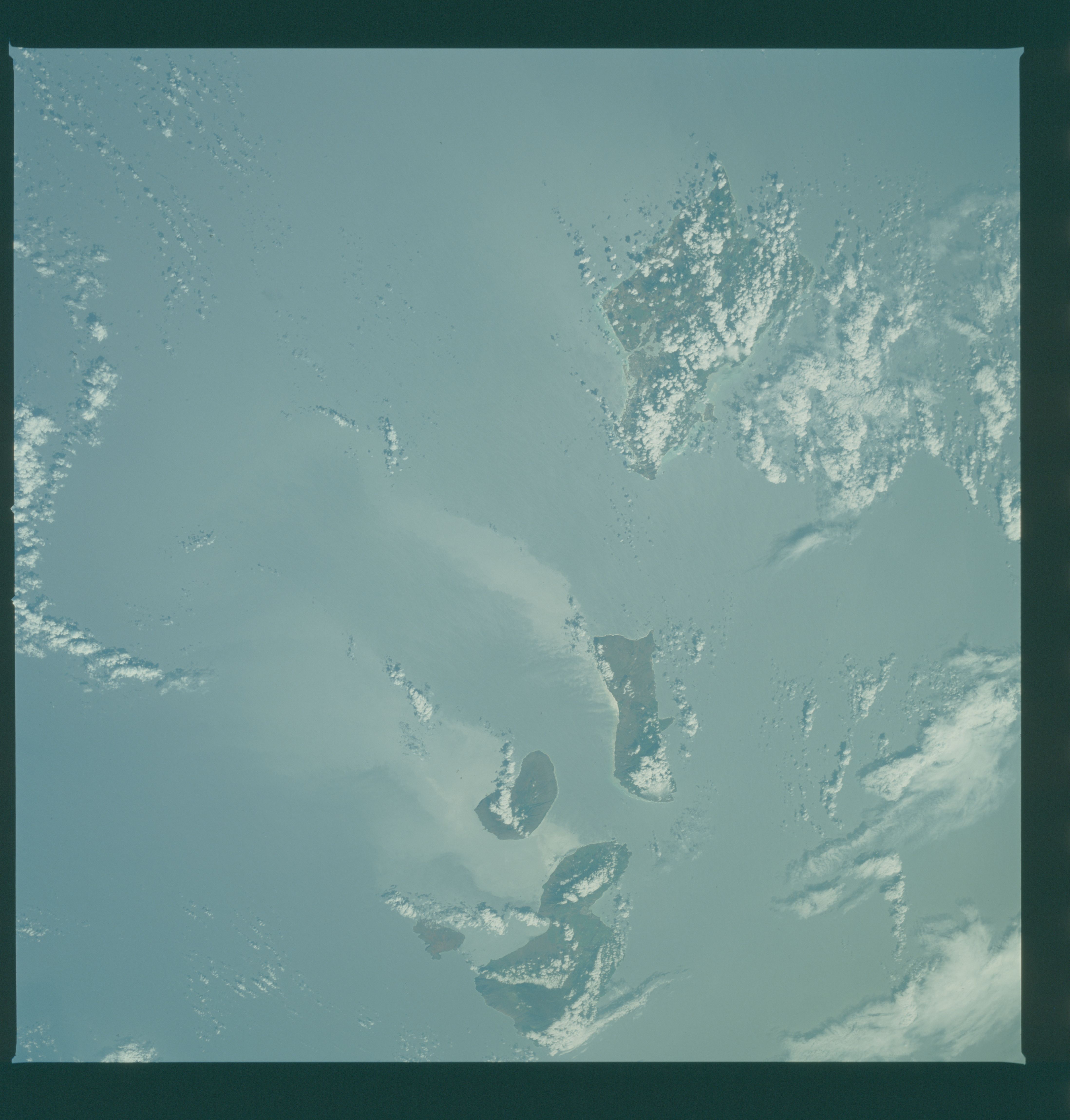 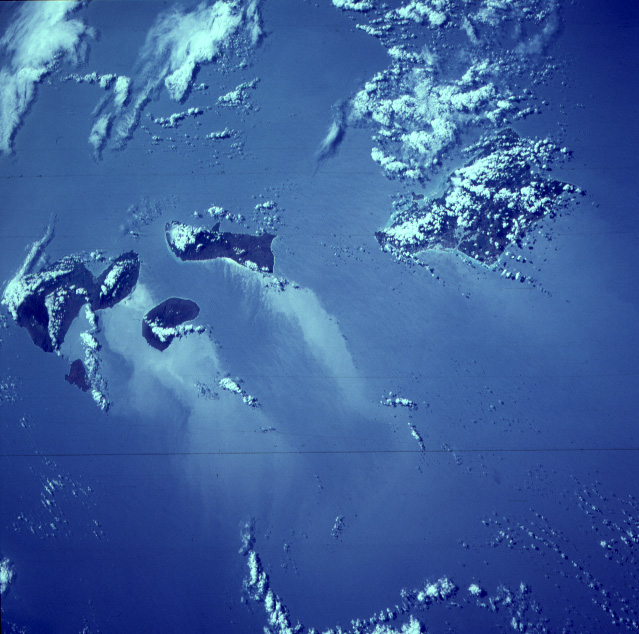 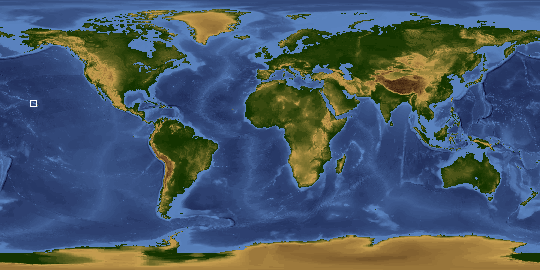 Other options available:
Download Packaged File
Download a Google Earth KML for this Image
View photo footprint information
Image Caption: Hawaiian Island chain with Oahu, Molokai, Lanai, Kahoolawe,
and Maui visible. Island wakes extend 50-75 nm downstream
from the island. There are two types of processes that can
create an island wake. The islands can act as barriers to
the prevailing northeasterly trade winds. This changes the
aerosol distribution in the air column and the roughness and
reflectivity of the sea surface leeward of the island making
is appear as a wake. The other process is the current flow
around the islands force cold, nutrient-rich water to the
surface giving that water a different color, creating a wake
in the ocean. We believe that both of these processes were
taking place when this photo was taken. Taken in June 1983
during STS-07 with a Hasselblad camera/ 100 mm lens
(approximately 90 nm on a side when taken from nadir).


This cloudy view of the Hawaiian Islands (21.0N, 157.5W) demonstrates the phenomena of island water wakes and, to a lesser extent, cloud wakes as well. The islands form an obstruction to the ocean current flow and in effect create an observable turbulence in the water on the backside of the islands. The same effect can be observed in clouds as they leave wind blown wisps or streamers around obstacles in their path.