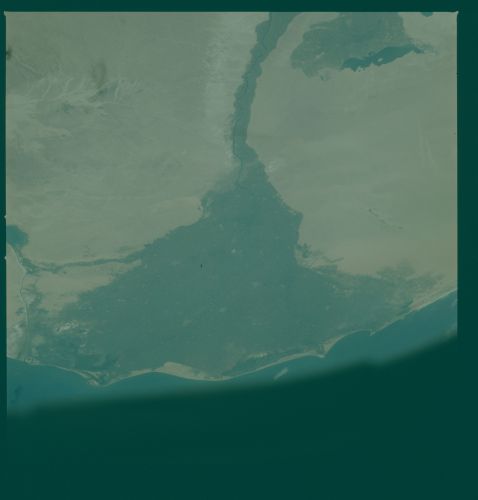 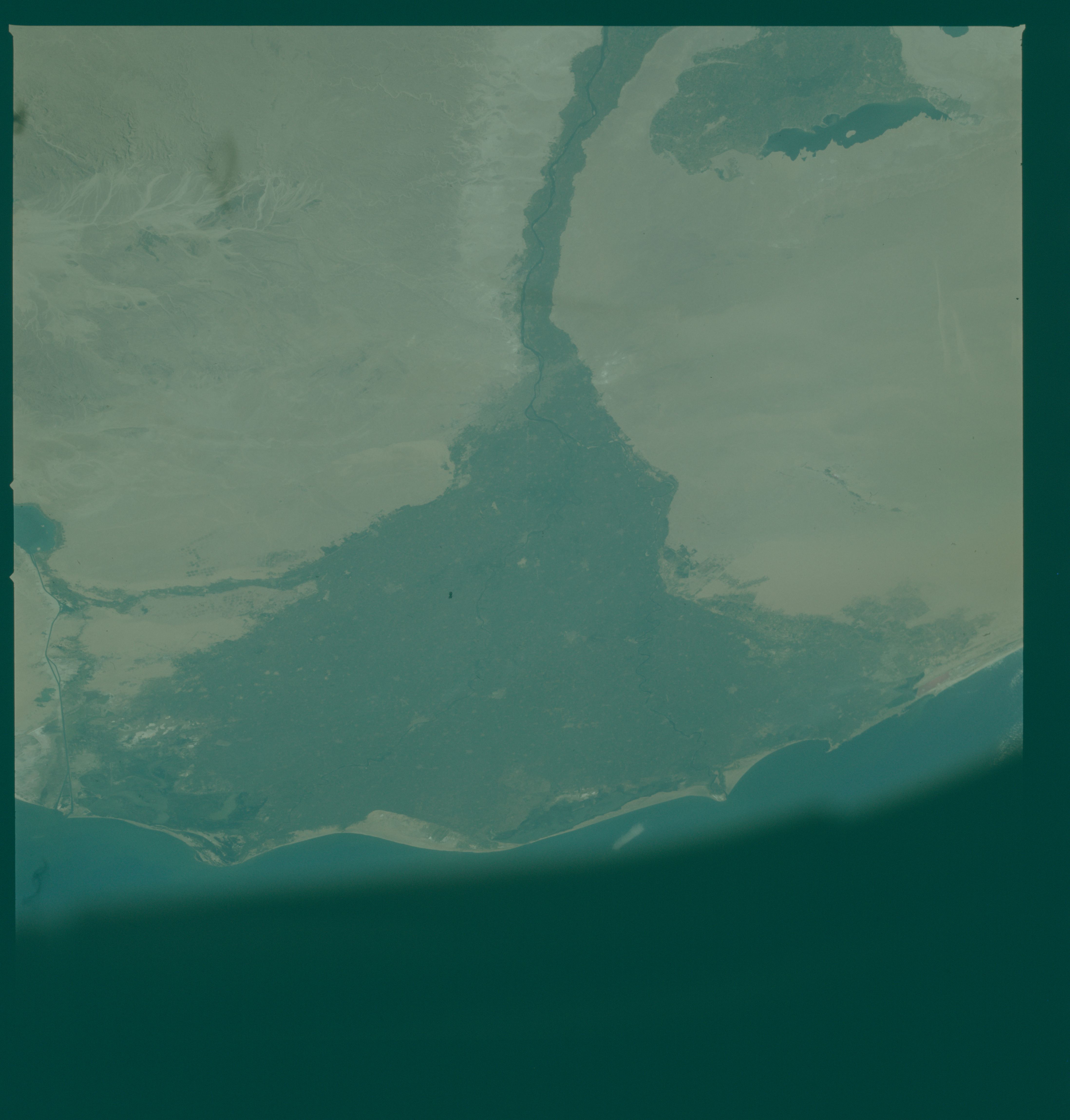 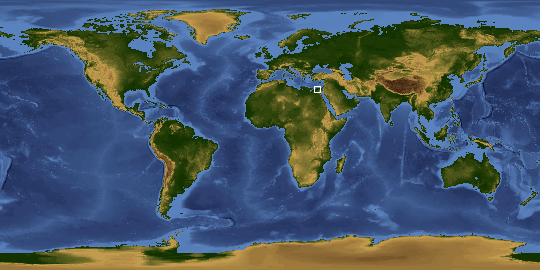 Other options available:
Download Packaged File
Download a Google Earth KML for this Image
View photo footprint information
Image Caption: The Nile Delta of Egypt (30.0N, 31.0E) irrigated by the Nile River and its many distributaries, is some of the richest farm land in the world and home to some 45 million people, over half of Egypt's population of 57 million. The capital city of Cairo is at the apex of the delta in the middle of the scene. Across the river from Cairo can be seen the three big pyramids and sphinx at Giza and the Suez Canal is just to the right of the delta.