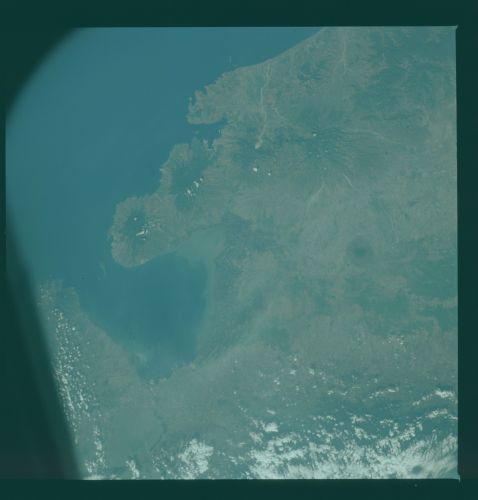 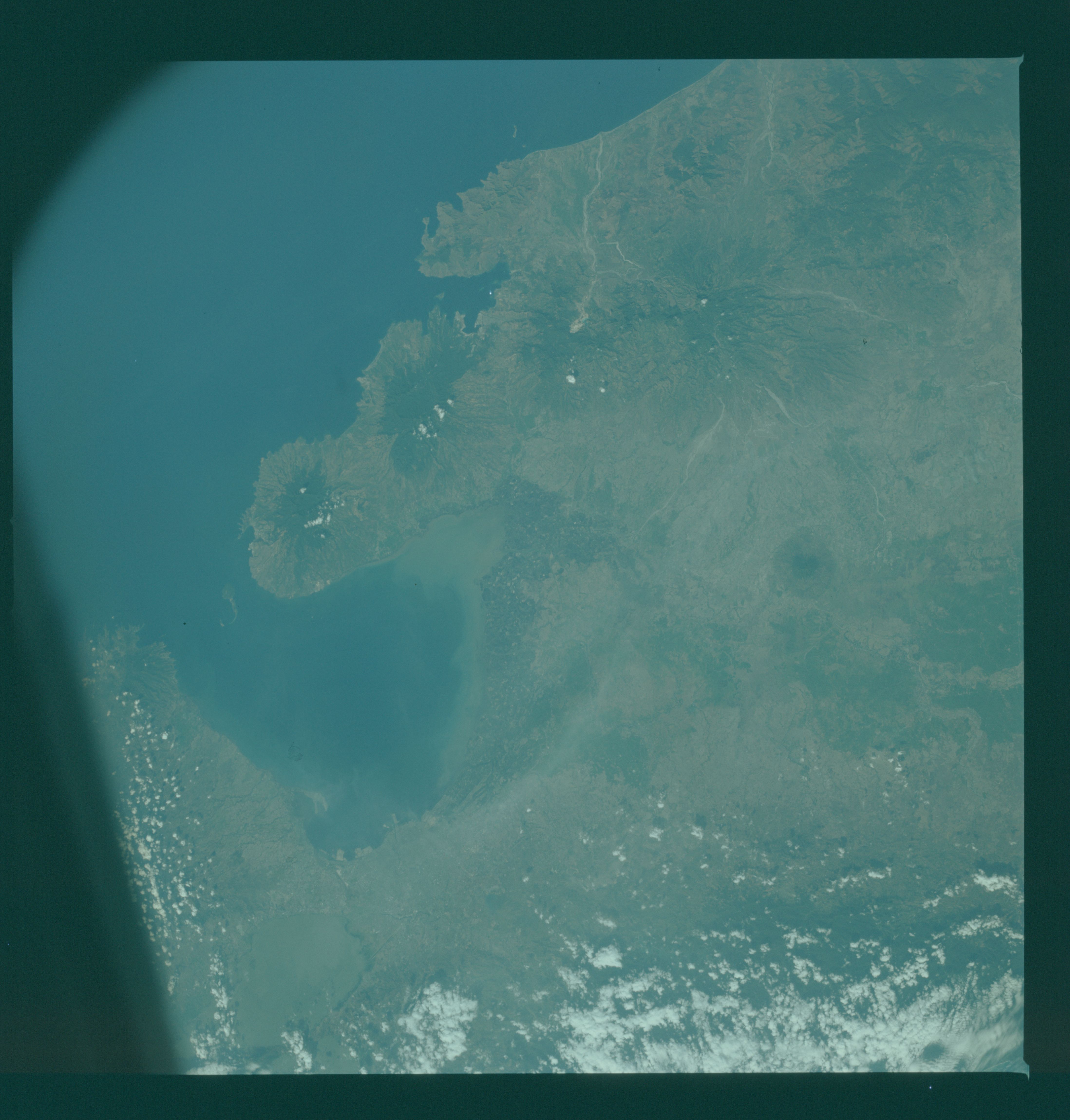 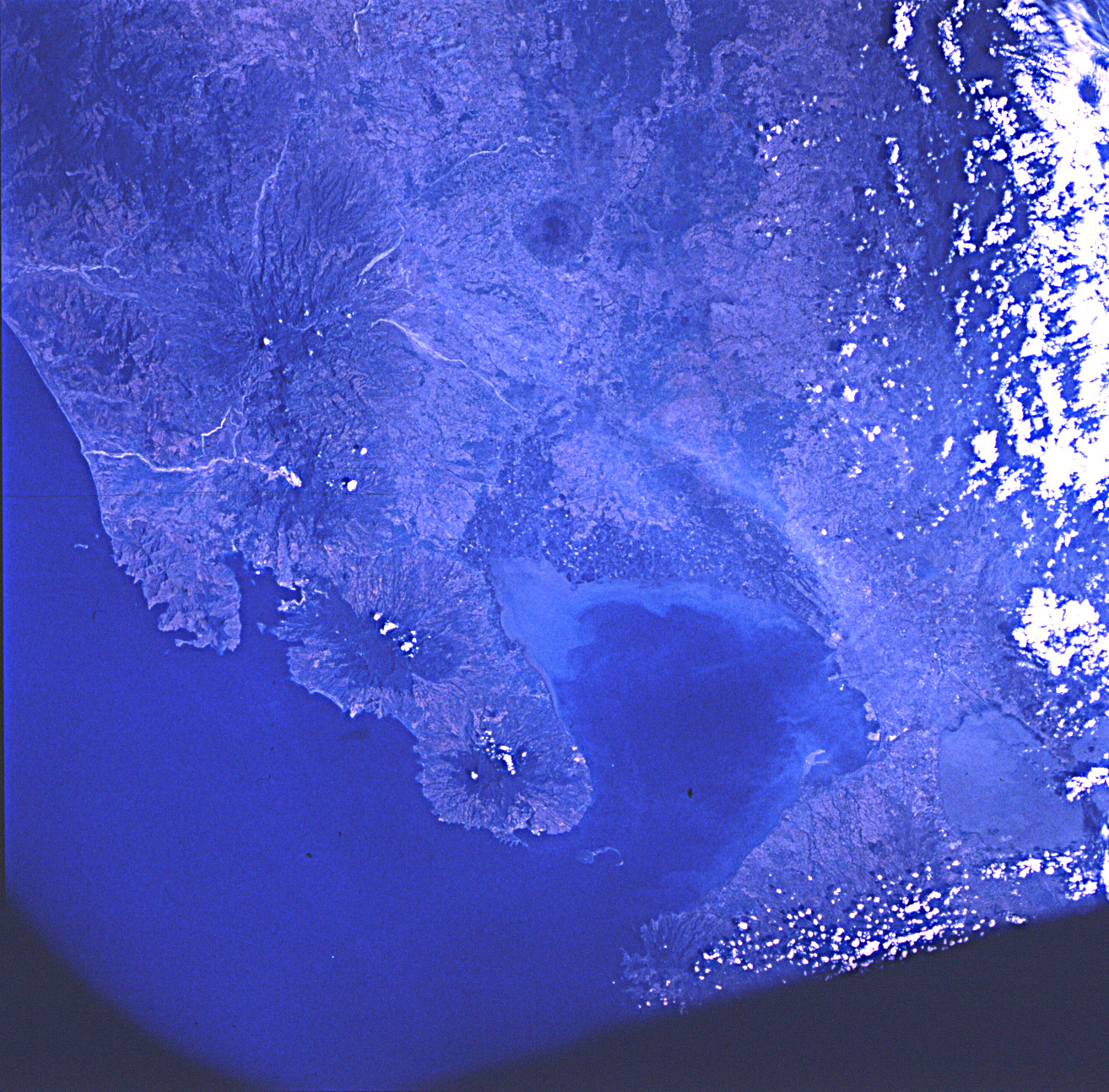 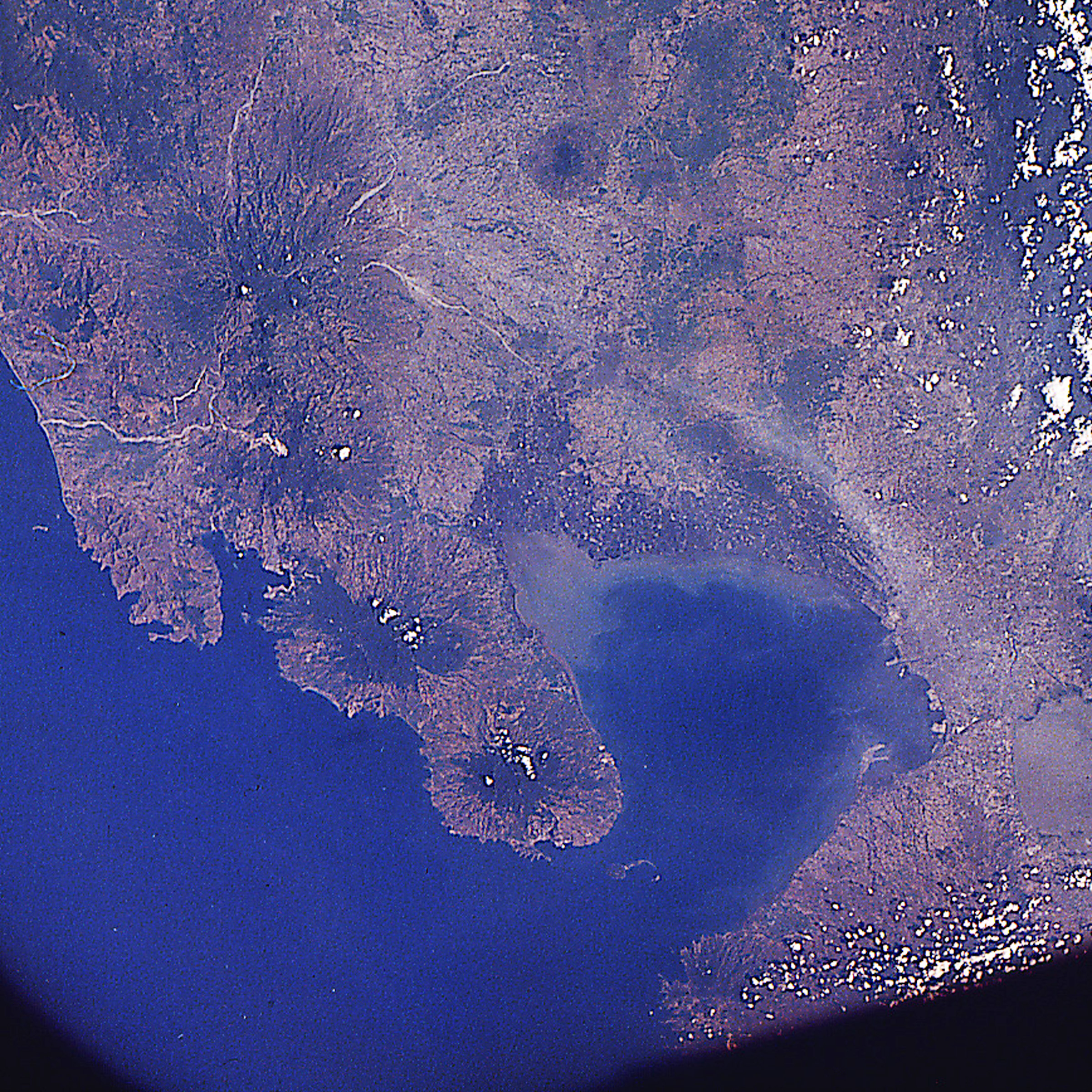 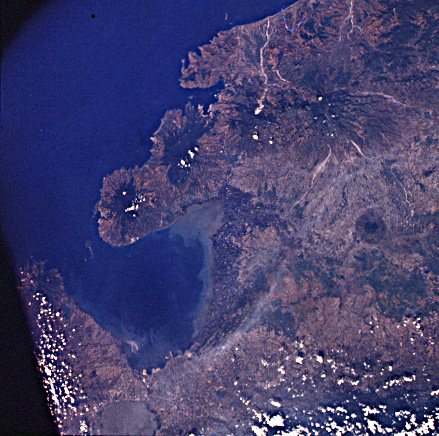 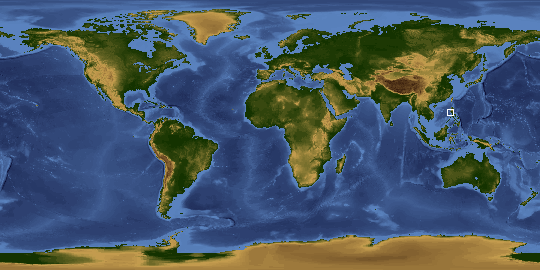 Mt. Pinatubo (box) erupted in June 1991. Note the proximity of
the volcano to Manila Bay. Pinatubo is part of the chain of vol-
canoes including the inactive volcanoes Natib (1) and Mariveles
(2), which comprise the Bataan Peninsula north of Manila (3).
The drainages surrounding Pinatubo are now choked with ash depo-
sits and mud flows. These areas will be in danger of continued
mudflows and floods for several years.

The southern part of the Zambales Range merges with the Bataan
Peninsula and forms Subic Bay (4). Tadpole-shaped Corrigedor (5),
where General MacArthur surrendered in 1942, is part of a sub-
merged volcanic caldera at the mouth of Manila Bay. Other points
include Clark AFB (6) and Mt. Arayet (7) in the middle of the
Central Valley. (S03-10-567)