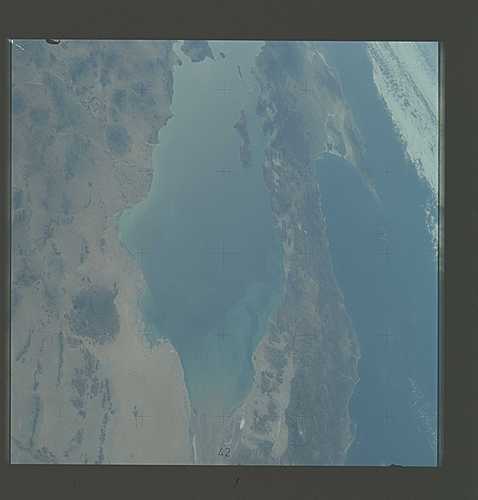 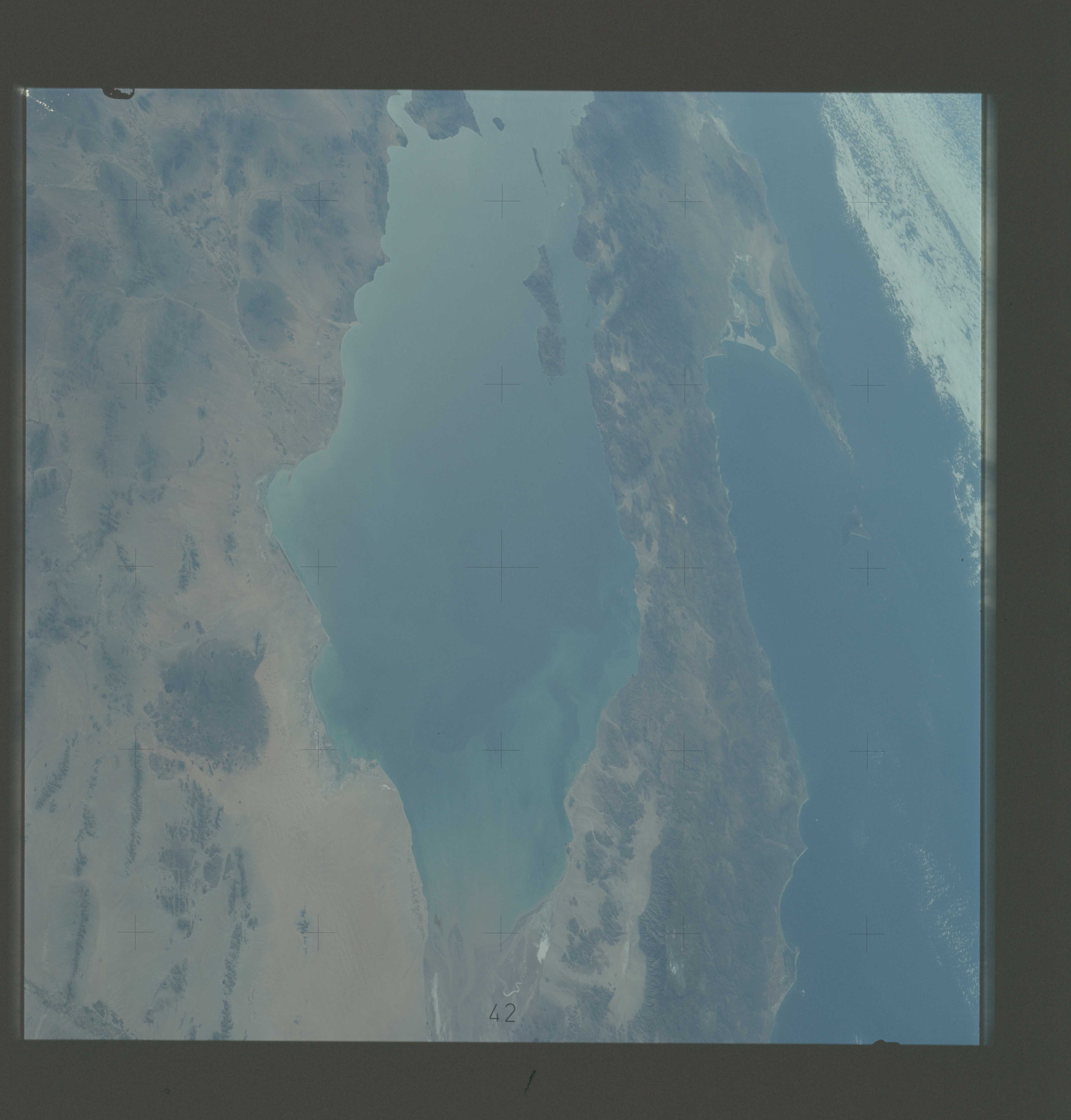 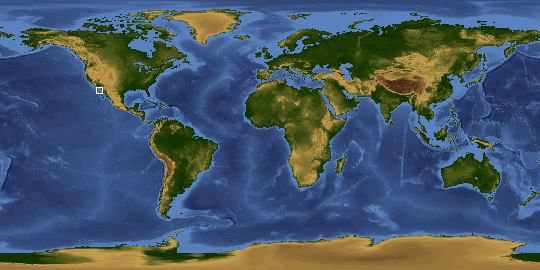 Other options available:
Download Packaged File
Download a Google Earth KML for this Image
View photo footprint information
Image Caption: An oblique view of northwestern Mexico (30.0N, 113.5W), as photographed from the Skylab space station in Earth orbit by one of the Skylab 4 crewmen. This photograph was taken on a seep down the coast to document the fault patterns of southern California and northwest Mexico. The specific reason for the picture was to see of the Agua Blanca Fault in Baja California extends to the east toward the Gulf of California. No such extension was found. The fault appeard to disappear into an area of sand and heavily eroded material that obscured any feature that might be present deeper. This area of sand and loose material is the light-colored area in the center of Baja at the extreme north part of the photograph.