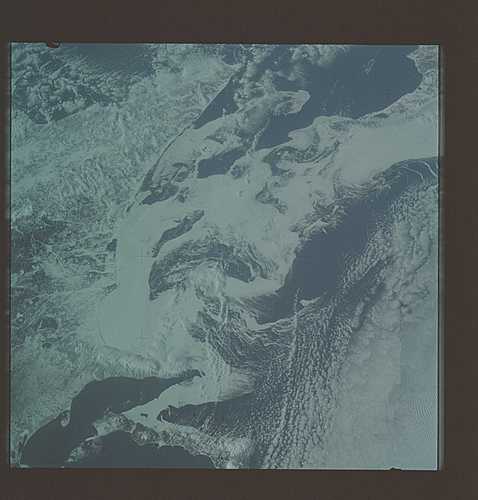 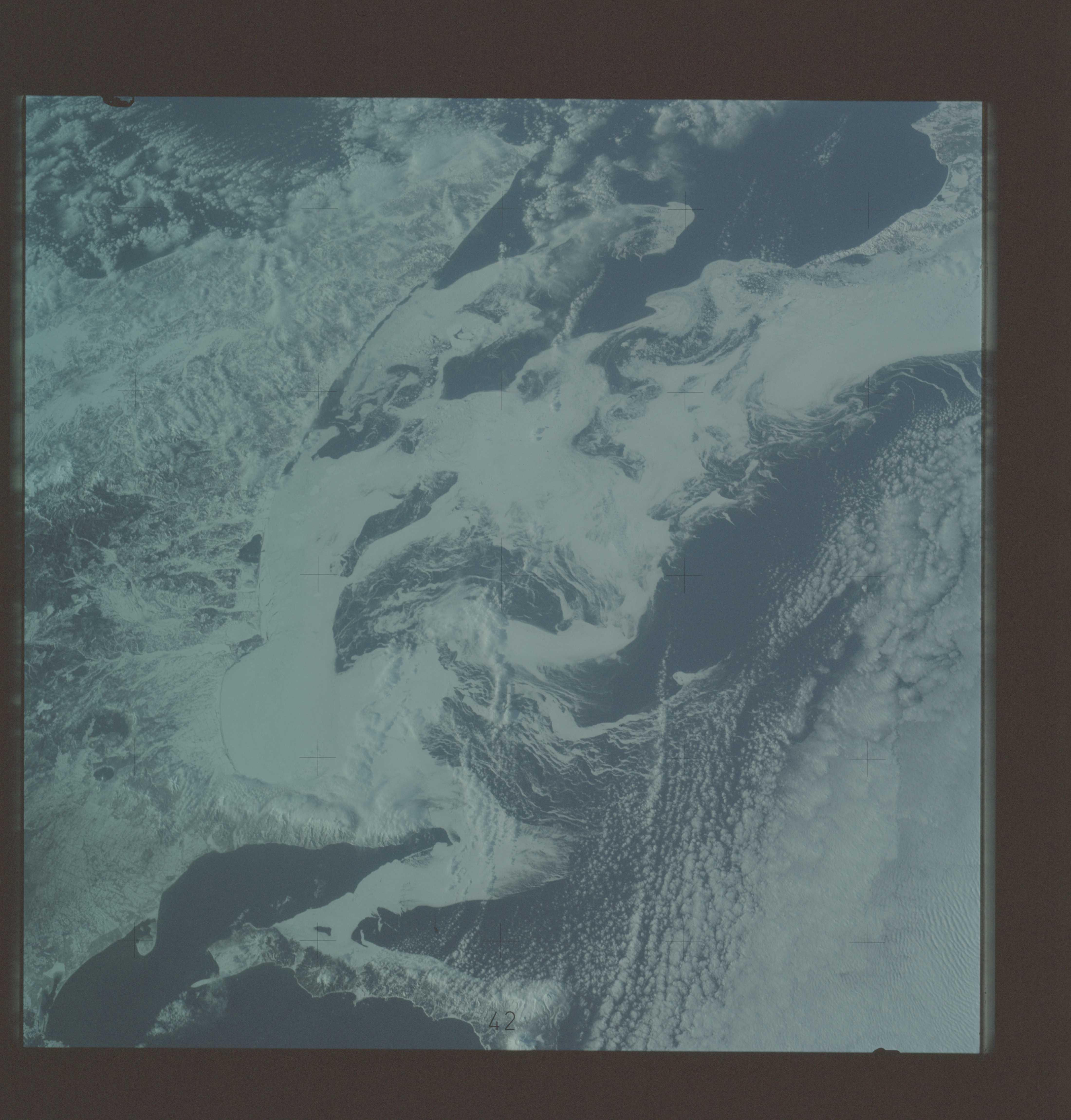 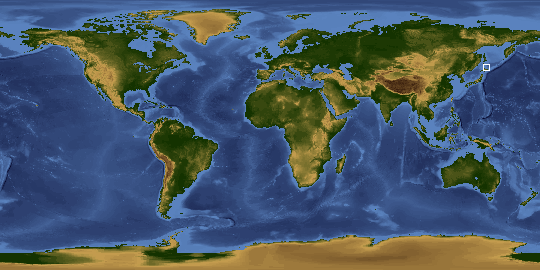 Other options available:
Download Packaged File
Download a Google Earth KML for this Image
View photo footprint information
Image Caption: An oblique view of the southern part of the Sea of Okhotsk, north of Japan, (45.0N,144.0E) as photographed from the Skylab space station in Earth orbit by one of the Skylab 4 crewmen. Most of the land area is Hokkaido Island, Japan. The southern tip of Sakhalin Island (Soviet Union) is in the northwest corner. This photograph was taken to aid in the study of the formation of sea ice. Observations in the Sea of Okhotsk are of interest because the ice has a morphology similar to that of the Bering Sea.