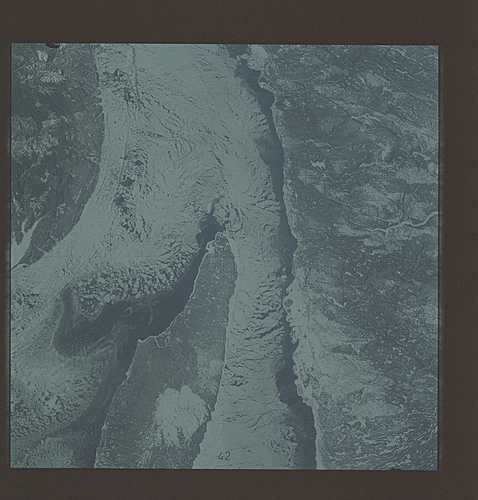 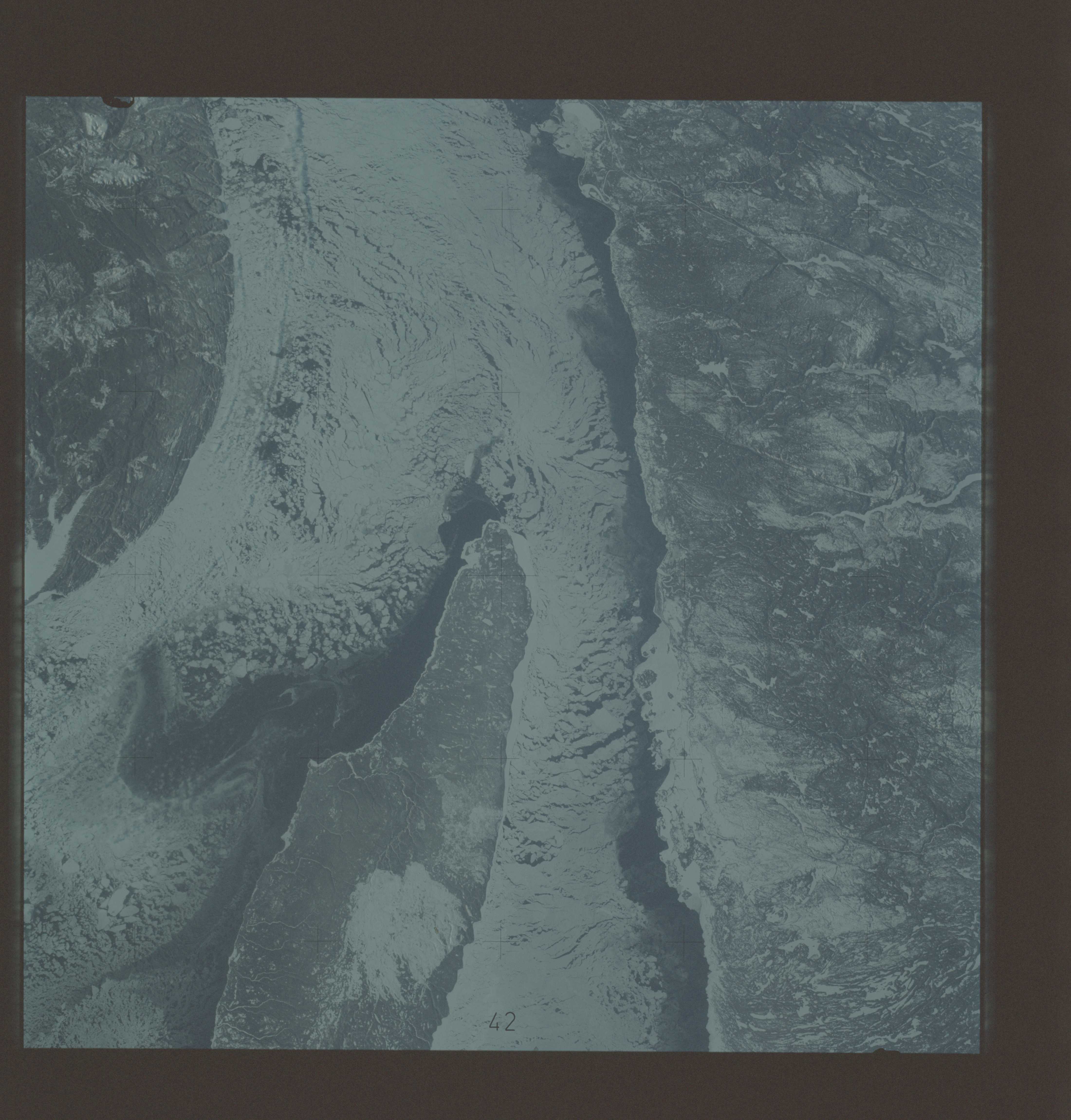 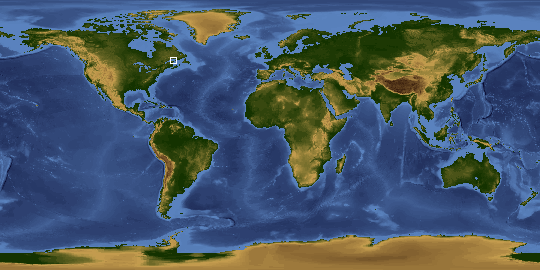 Other options available:
Download Packaged File
Download a Google Earth KML for this Image
View photo footprint information
Image Caption: A vertical view of the Gulf of St. Lawrence area of Canada (50.0N,64.5W), as photographed from the Skylab space station in Earth orbit by one of the Skylab 4 crewmen. The elongated island is Anticosti Island which points toward the west. The largest land mass is the mainland of Quebec. The rounded coastline in the southwest corner of the photograph is Quebec's Gaspe Peninsula. The St. Lawrence River which drains the five Great Lakes empties into this body of water. Note the evidence of much ice and snow.