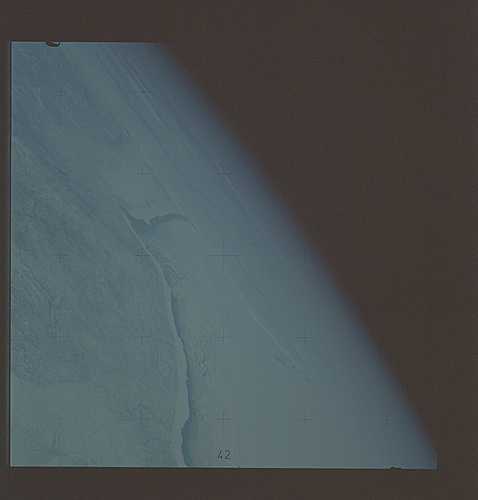 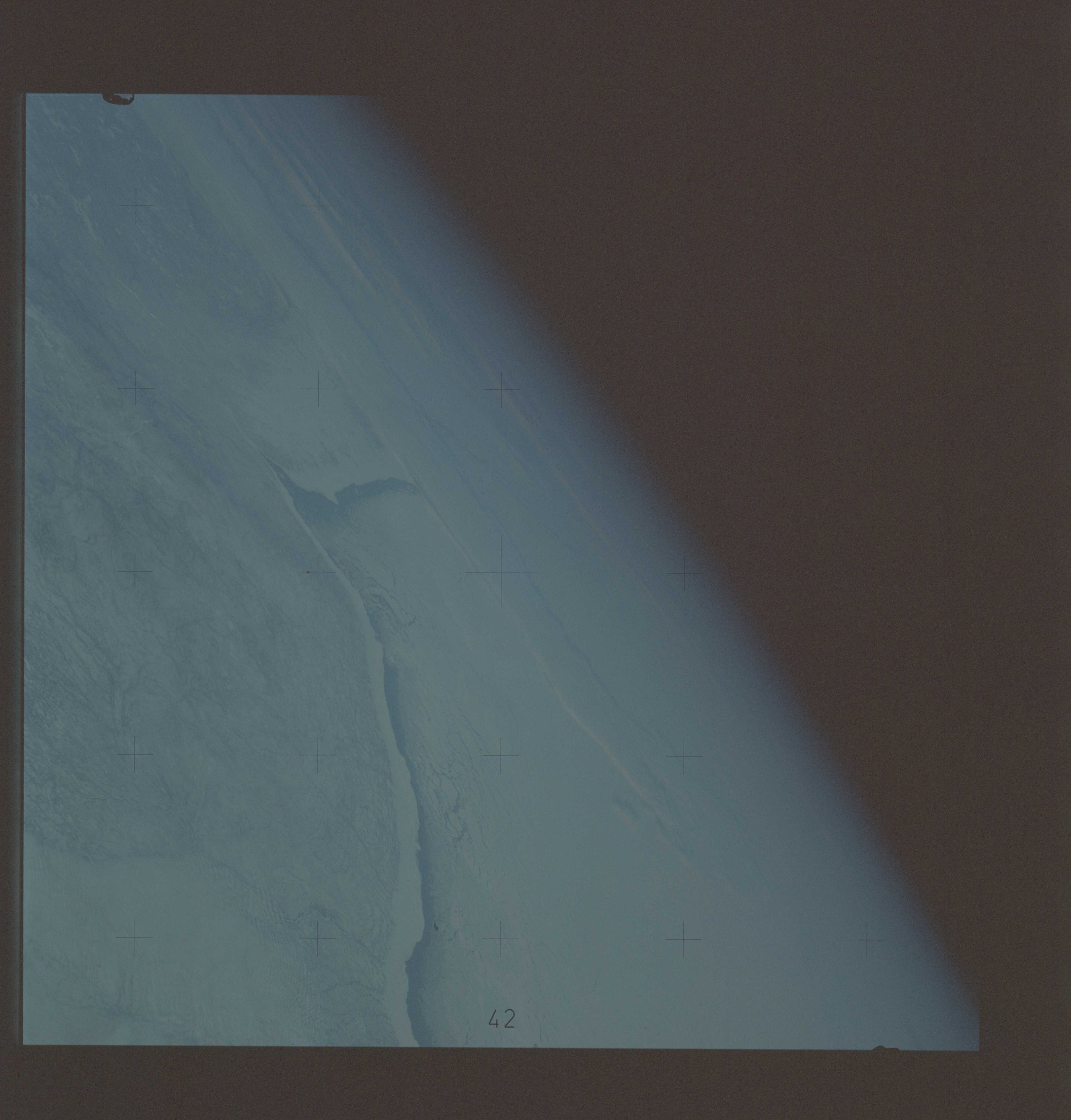 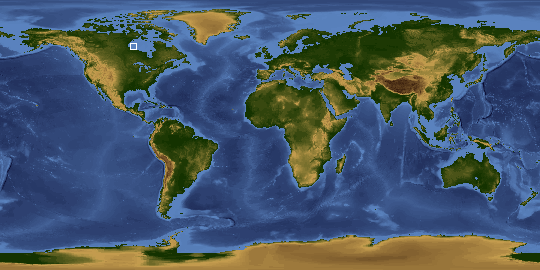 Other options available:
Download Packaged File
Download a Google Earth KML for this Image
View photo footprint information
Image Caption: An oblique view of ice formations in Canada's Hudson Bay (59.0N, 91.0W), as photographed from the Skylab space station in Earth orbit by one of the Skylab 4 crewmen. The southwestern part of the bay is prominent with the Nelson River in Manitoba flowing into it. The ice formation along the southwest portion of Hudson Bay can be studied from the photographs such as this one. The buildup of ice along the windward shore (very white) followed by the clear water gap (dark) caused by the wind blowing the newly formed ice toward the opposite shore.