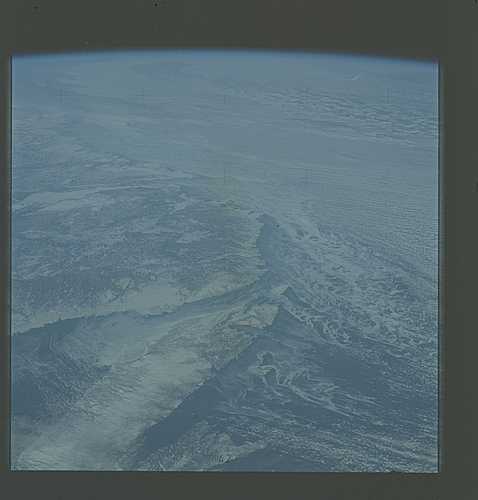 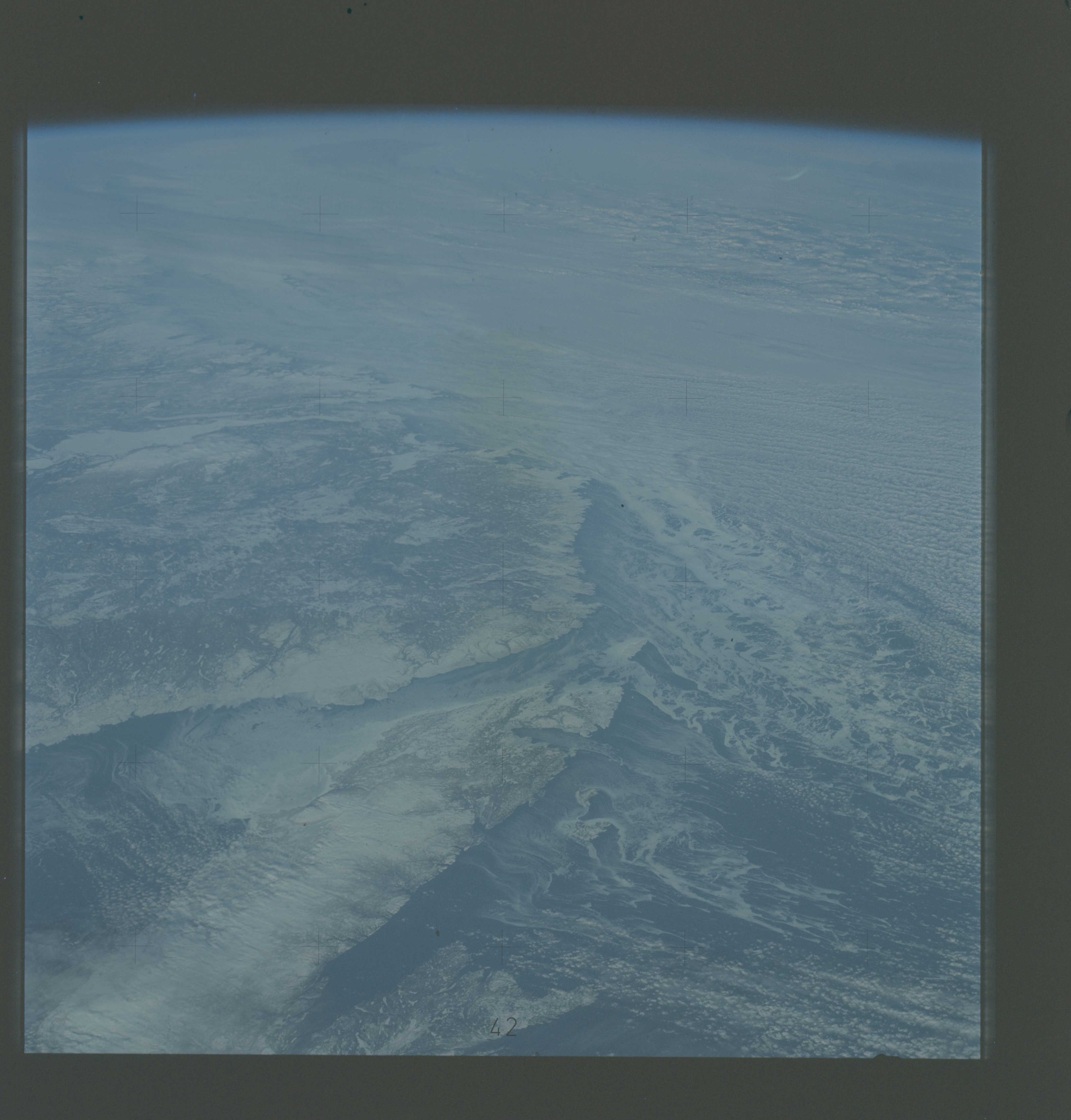 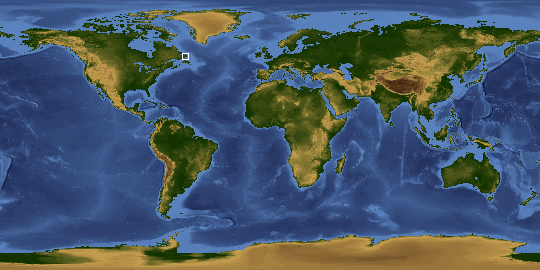 Other options available:
Download Packaged File
Download a Google Earth KML for this Image
View photo footprint information
Image Caption: A high-oblique view of the North Atlantic coast of Canada (52.5N, 56.5W) as seen from the Skylab space station in Earth orbit. The Strait of Belle Isle, near the center of the picture, separates the Island of Newfoundland from the Canadian mainland. The Strait also connects the Gulf of St. Lawrence with the North Atlantic Ocean. The elongated land mass (lower center) is the northernmost peninsula of the Island of Newfoundland. The large land mass at left center is mainland Newfoundland and Quebec. Note the sea ice in the Atlantic.