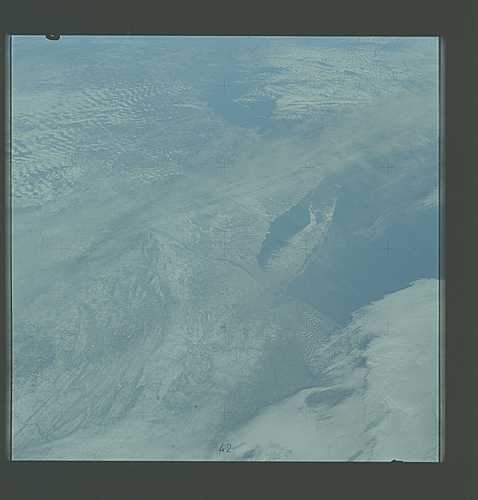 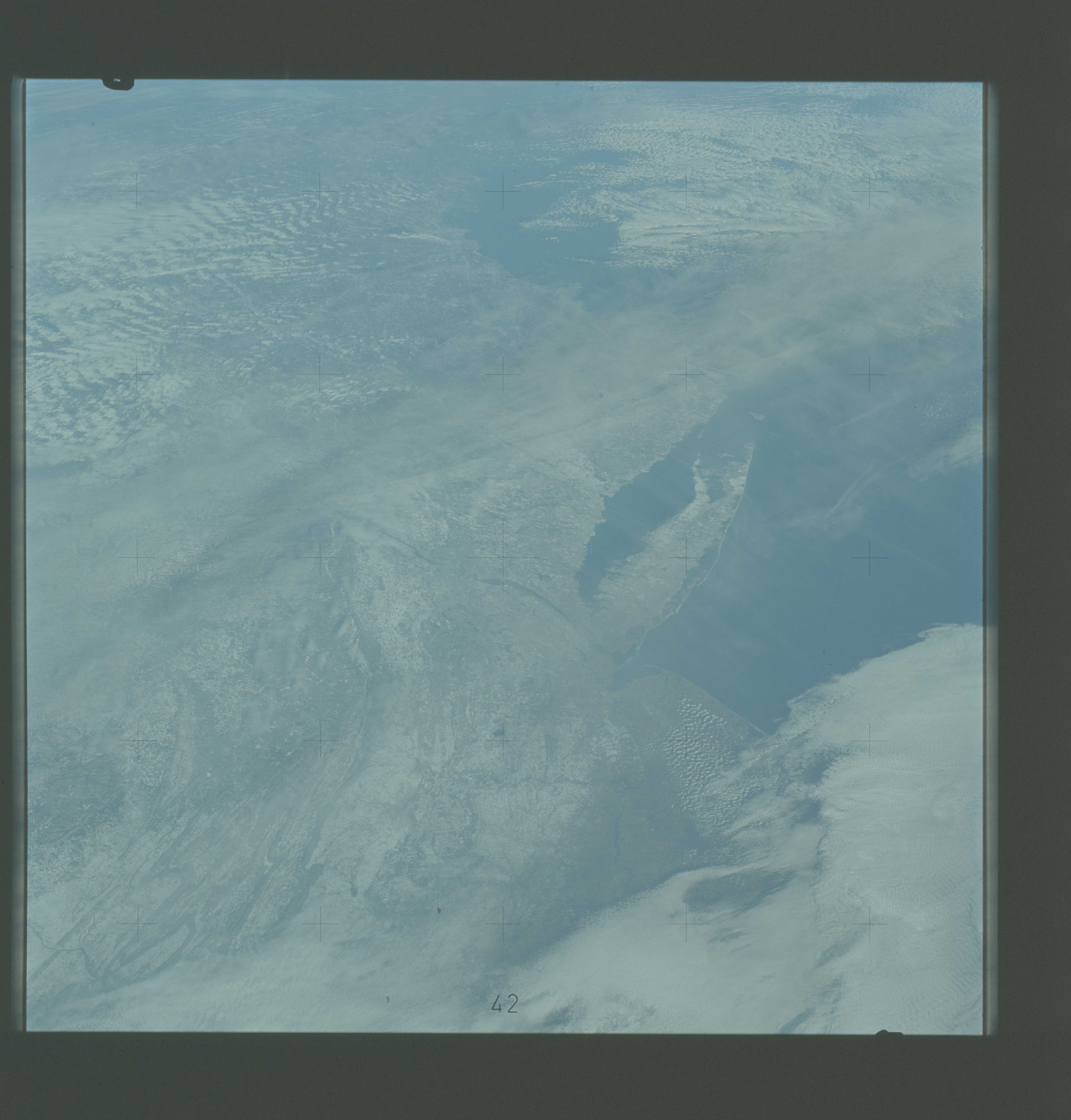 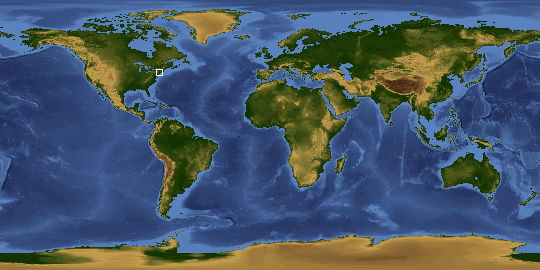 Other options available:
Download Packaged File
Download a Google Earth KML for this Image
View photo footprint information
Image Caption: An oblique view of a portion of the northeastern United States (41.5N, 91.0W), as photographed from the Skylab space station in Earth orbit by one of the Skylab 4 crewmen. The entire area of New Jersey, eastern Pennsylvania, southeastern New York, and southern New England can be examined in one view. Long Island, New York City, and the lower Hudson River Valley are readily seen in their regional framework. The Boston area, although blurred by clouds, is also included. The snow enhances the contrast, especially of terrain and cultural features. Different levels of clouds can be studied, especially the crossing layers of cirrus in the center of the photograph, with the lower cirrus trending north-south and the upper (probably associated with a jet steam) trending east-west.