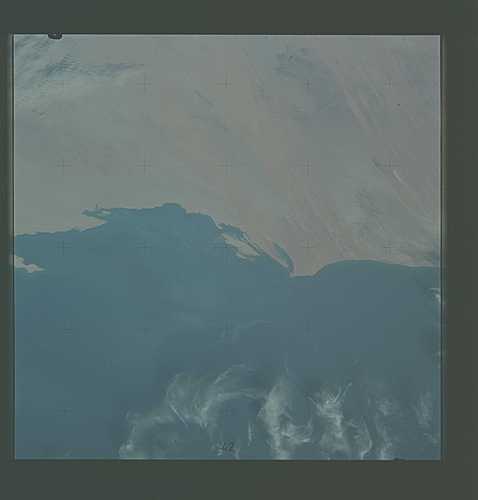 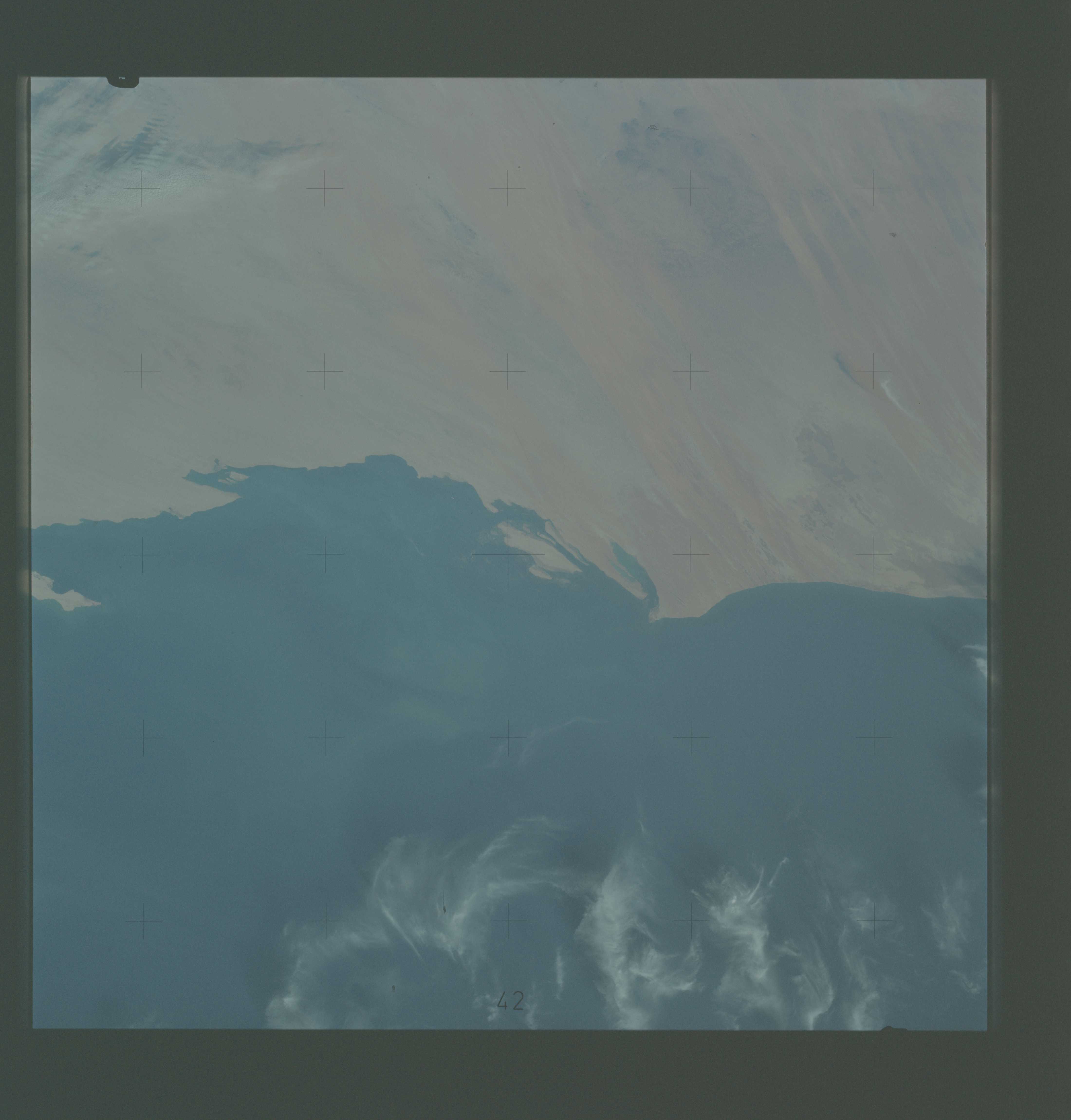 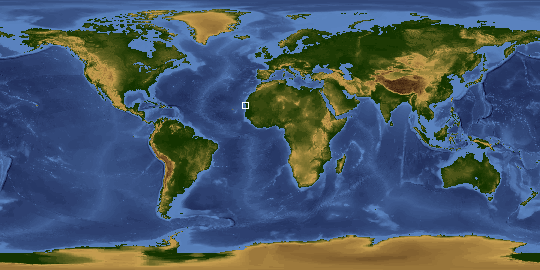 Other options available:
Download Packaged File
Download a Google Earth KML for this Image
View photo footprint information
Image Caption: The northern half of Mauritania's Atlantic Coast (20.0N, 16.5W), as photographed from the Skylab space station in Earth orbit by one of the Skylab 4 crewmen. Spanish Sahara is just out of the picture to the north. The linear chains of sand dunes leading to the sea were the objects of study in an effort to better understand deserts and their functions.