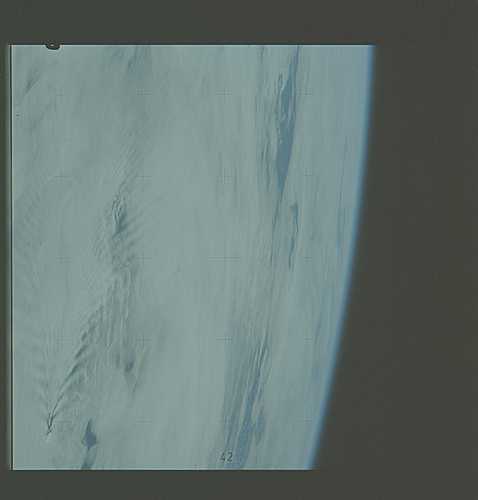 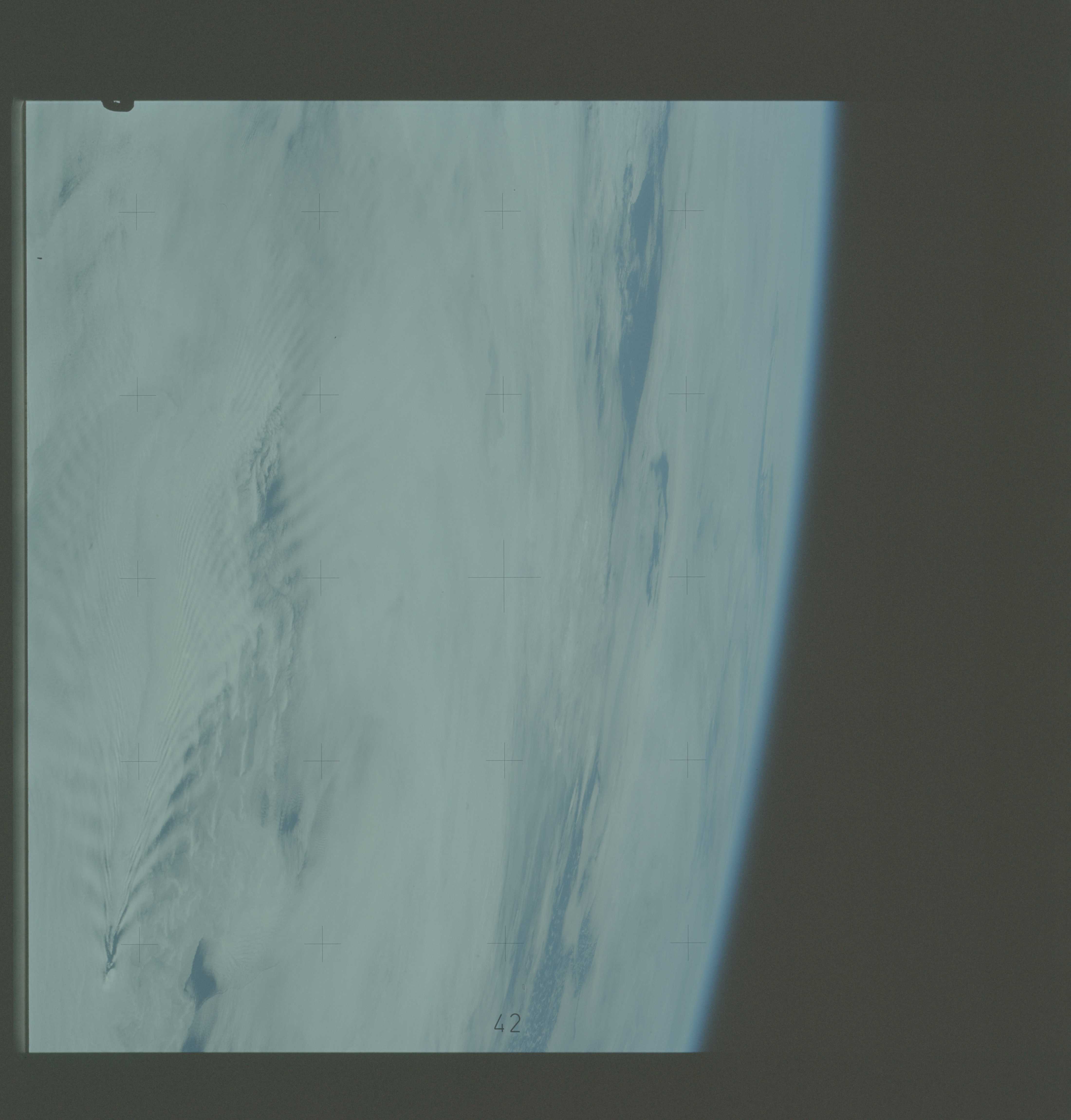 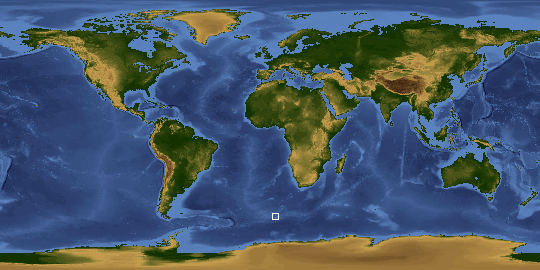 Both a low-type wave and a well-defined shock wave can be seen on the lower portion of this photograph of Glough Island. The wake extends at least 300 km downwind and appears to have a lateral extent of nearly the same scale. (From Pitts et al 1977.)


A photograph taken from the Skylab space station in Earth orbit illustrating an atmospheric wave pattern (54.4S, 3.4E) by the effect of a small mountainous island on wind currents. Various patterns can be seen downwind of small islands. This photograph illustrates a "bow wave" pattern which extends for hundreds of miles downwind from the island. The island itself is often clear when a wave pattern is formed downstream. This particular pattern is very symetrical. The island in the photo is in the south Atlantic, either Diego de Alvare or Gough Island.