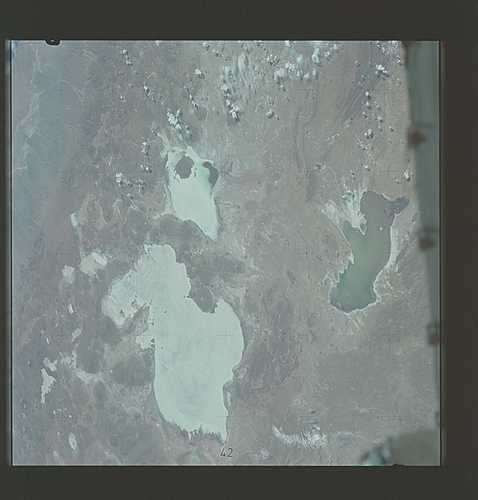 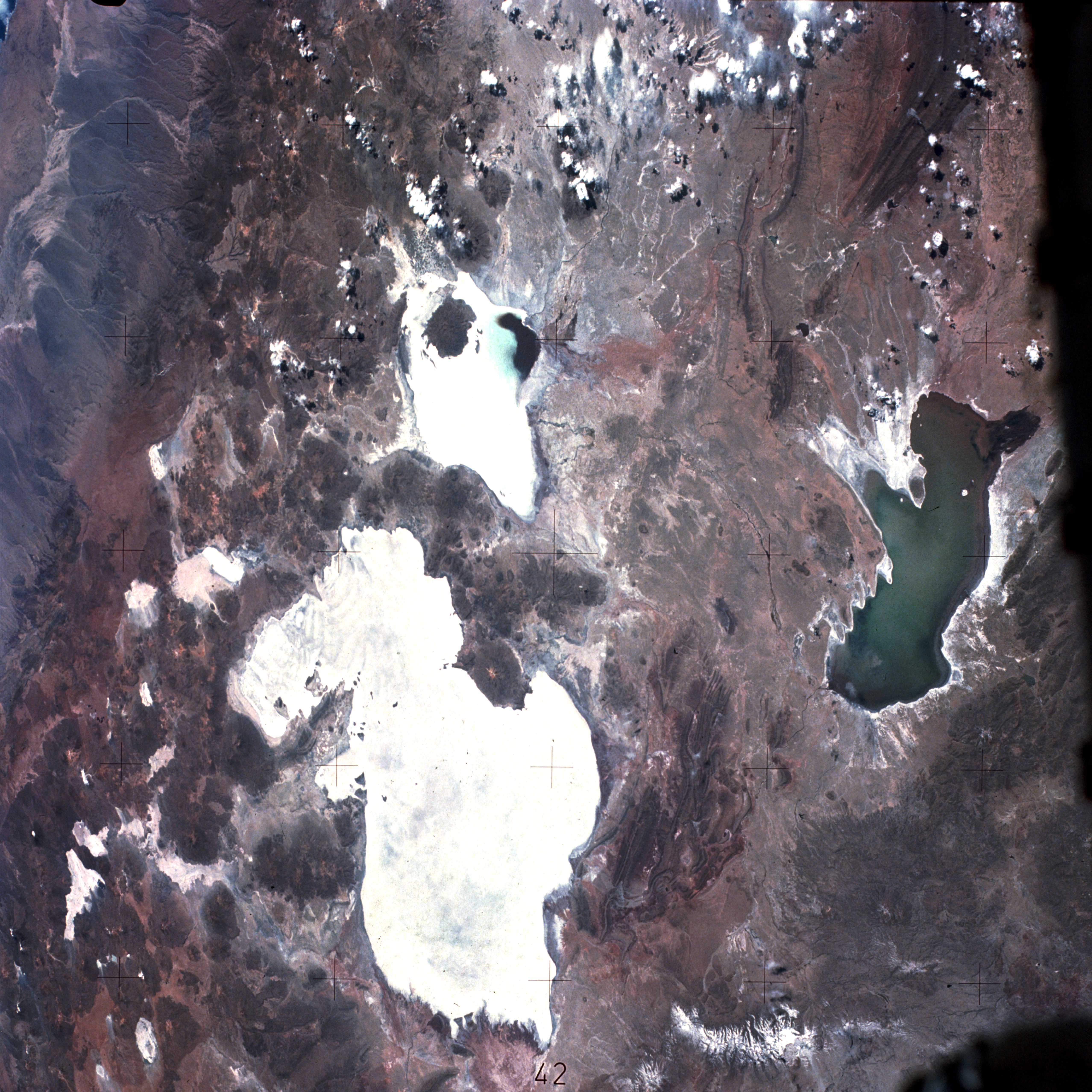 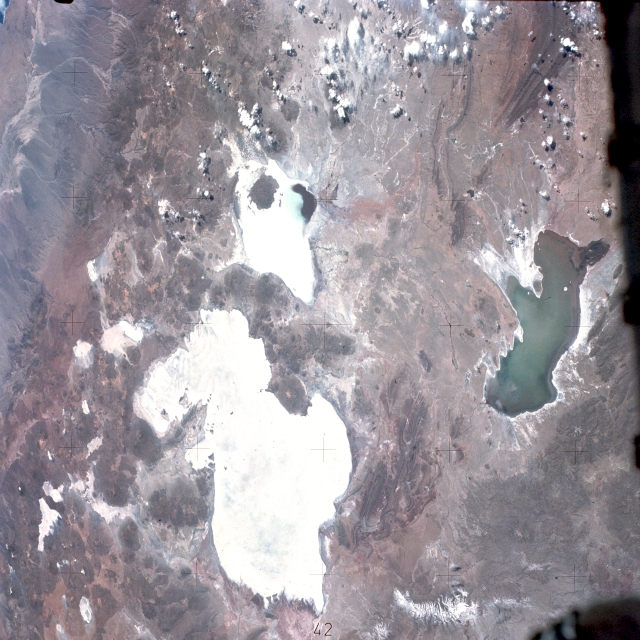 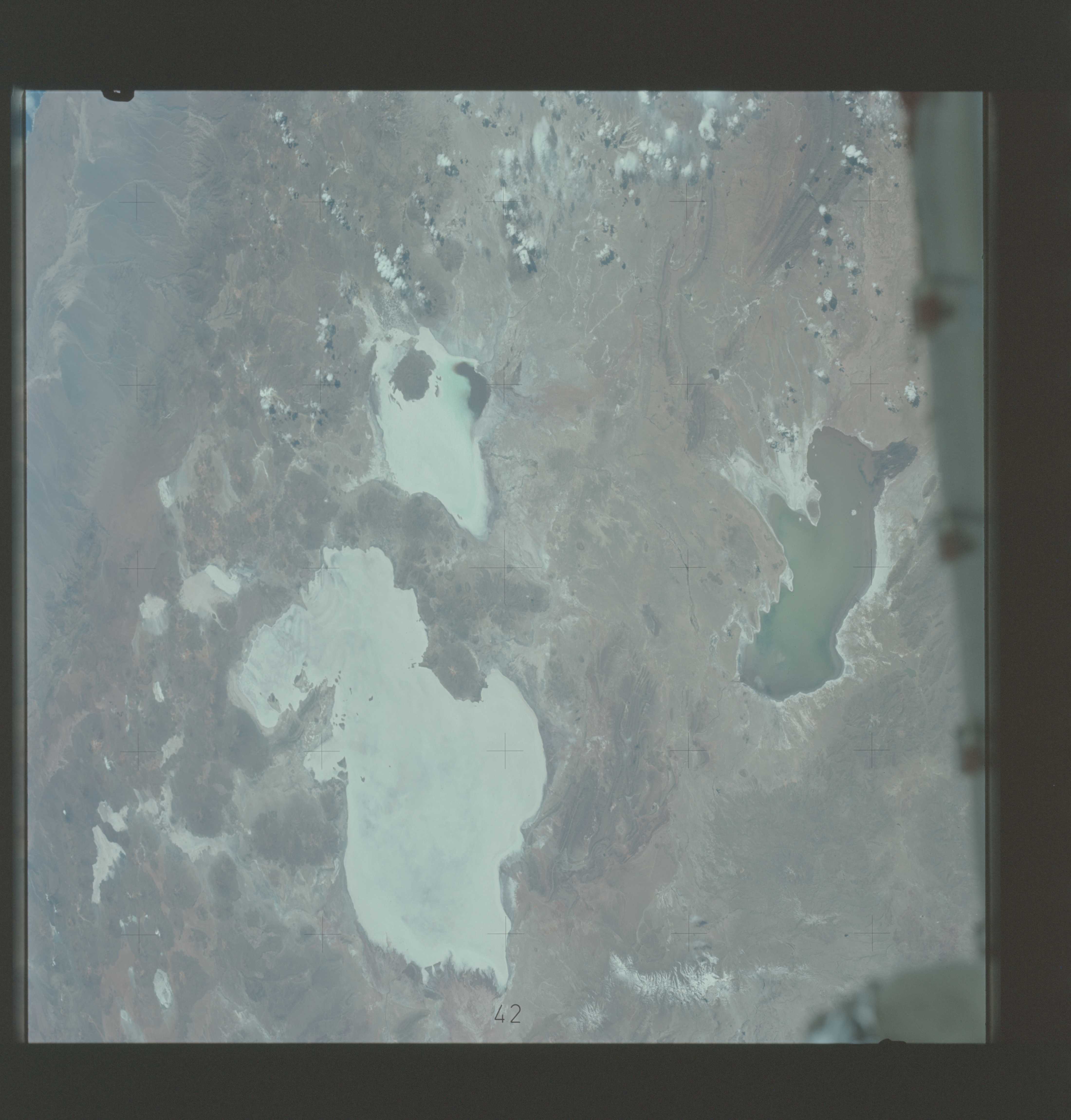 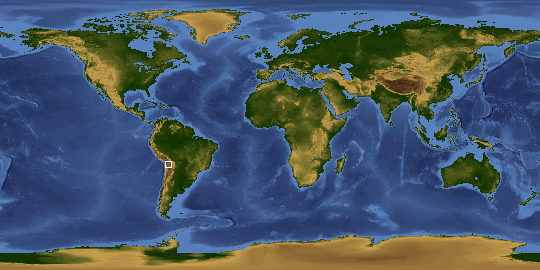 Other options available:
Download Packaged File
Download a Google Earth KML for this Image
View photo footprint information
Download a GeoTIFF for this photo
Image Caption: SL3-115-1911 Altiplano, Bolivia August 1973
Areas of water in a predominately arid landscape appear in this near-vertical photograph of the southwest Bolivian altiplano. The western part of the photograph shows the extremely arid, nonvegetated foothills of the Andes Mountains. These foothills, an eastward extension of the Atacama Desert of northern Chile, are proclaimed by many climatologists and meteorologists to be the driest desert on Earth. The whiteness of the highly reflective dry lakebeds (salars) is created by evaporation whereby salts are left on the surface of the ground. The largest and second largest lakebeds are Salar de Uyuni and Salar de Coiposa, respectively. Numerous smaller salars are scattered throughout the photograph, and there is some evidence of salt flats around Lake Poopó to the east. The northeast corner of Salar de Coiposa contains a small pool of water. When water drainage occurs in this region, Salar de Coiposa and Lake Poopó can be supplied from the northern part of the basin--from as far away as Lake Titicaca; however, Salar de Uyuni is fed mainly from snowmelt from the south and southeast. The Cordillera Occidental, the westernmost axis of the Andes Mountains, has hundreds of volcanic features. (See photograph STS-026-040-064 for a detailed description of a smaller area of the altiplano.)