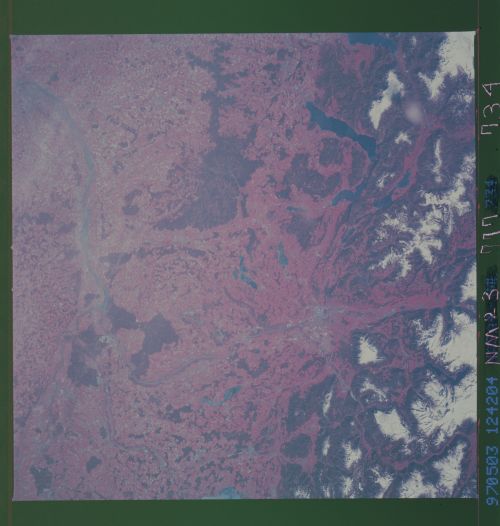 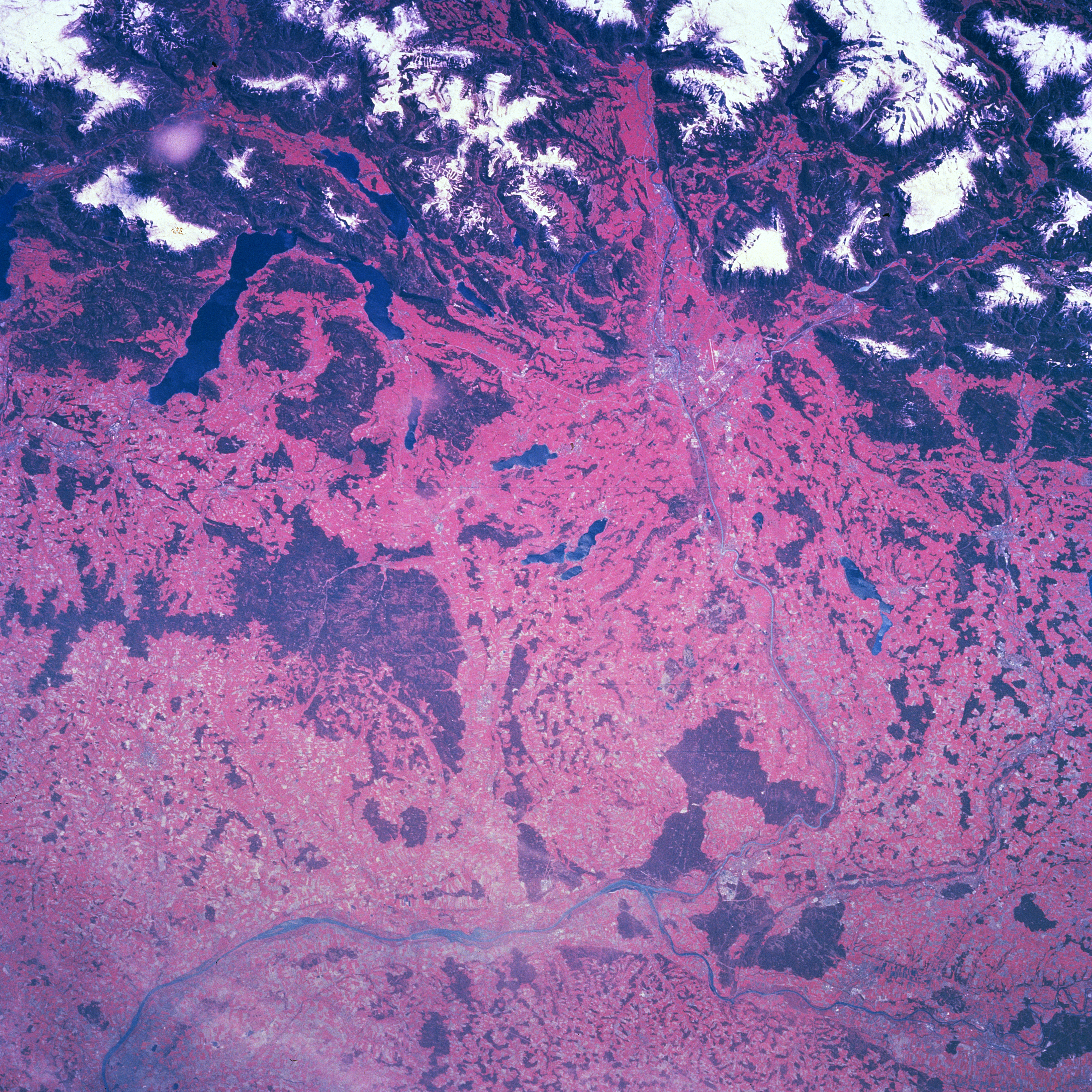 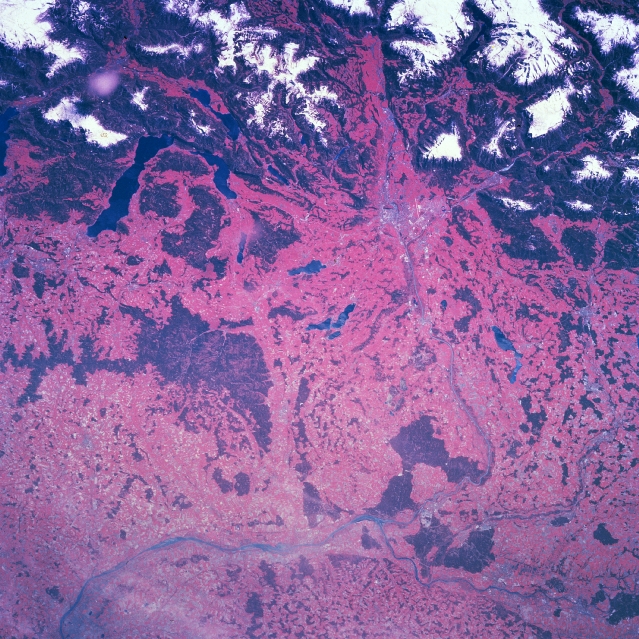 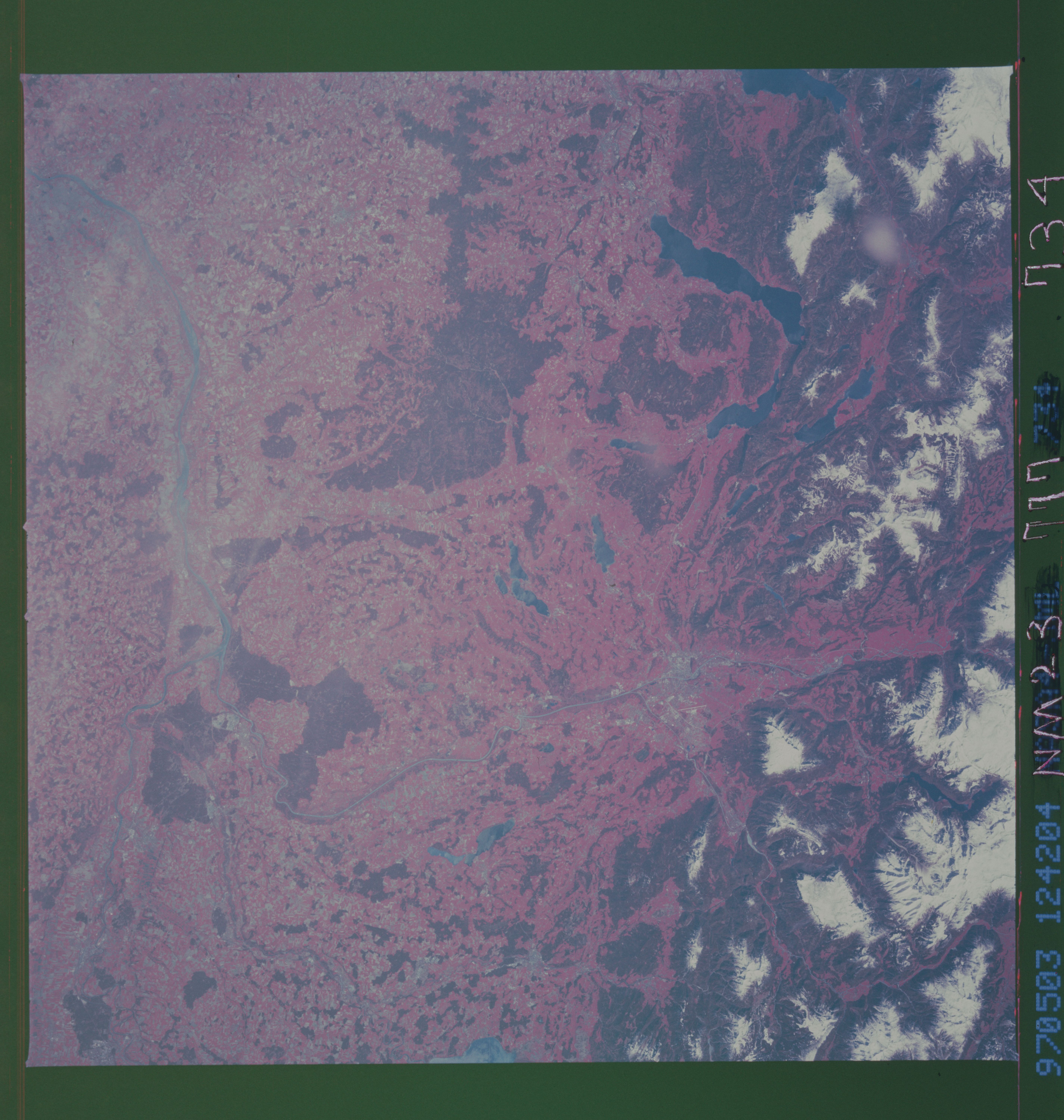 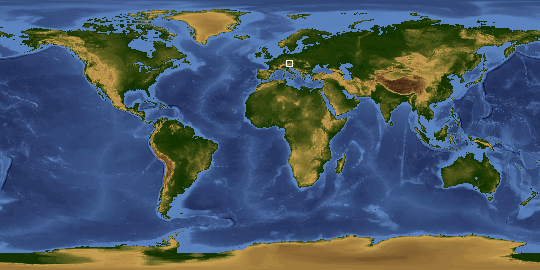 Other options available:
Download Packaged File
Download a Google Earth KML for this Image
View photo footprint information
Download a GeoTIFF for this photo
Image Caption: NM23-777-734 Salzburg, Austria Winter/Spring 1997
The location of Salzburg, an Austrian city that is located next to the southeastern tip of Germany, is barely discernible (diffused, light colored area) in the upper right quadrant of this color infrared picture (green vegetation is portrayed in shades of red). Salzburg is a classic example of a city that has developed in a valley at the base of an important mountain pass: in this case the pass connects Austria and Germany. The northern edge of the Austrian Alps (top of image) can be recognized as the darker features (vegetated slopes) that are capped by snow cover (white areas) in the higher elevations of the mountains. U-shaped valleys (reddish swaths or corridors) that were created by valley glaciers are visible between the snow covered ridgelines and peaks. The color infrared image helps to delineate several lakes (elongated, dark features) in the upper left quadrant of the image. These lakes include Lake Atter (largest lake), Lake Mond, and Lake Wolfgang. Several small lakes north of Salzburg are more difficult to identify because ice is covering at least part of the lakes surface area. Sections of the Salzach River (a tributary of the Inn River) Valley can be identified as the valley extends northward from Salzburg until the river merges with the Inn River (near bottom center) where the river takes a more northeasterly route. The randomly spaced, darker red areas of terrain north of the mountains show the location of forested hills.