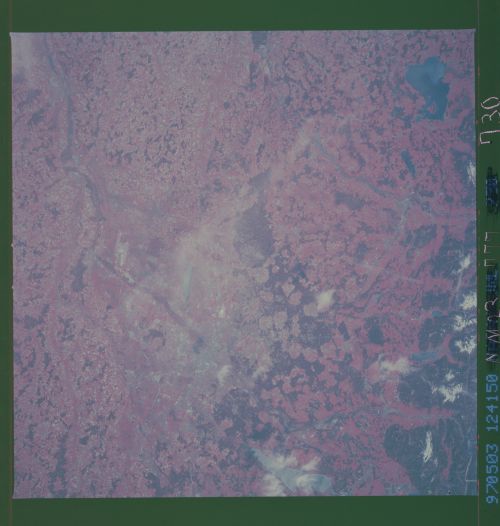 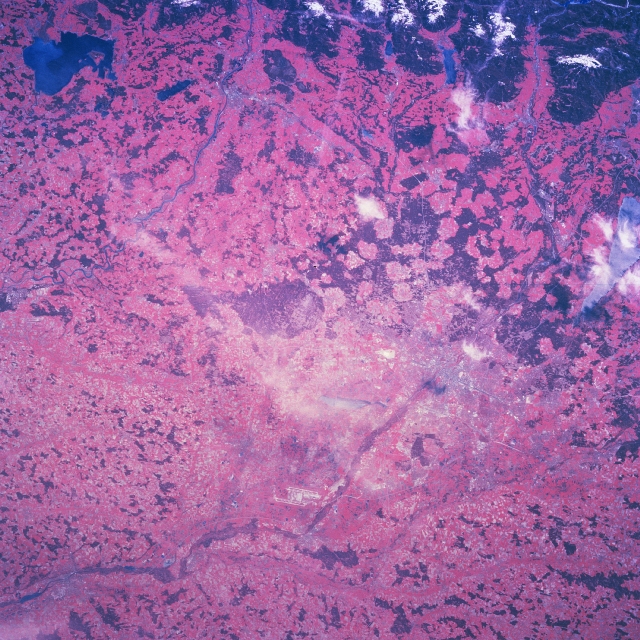 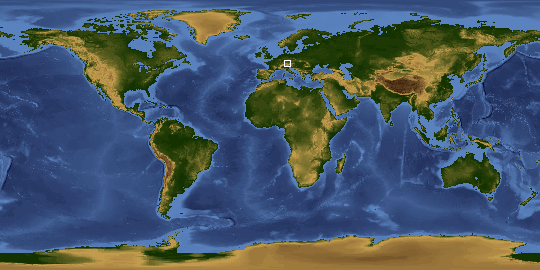 Other options available:
Download Packaged File
Download a Google Earth KML for this Image
View photo footprint information
Download a GeoTIFF for this photo
Image Caption: NM23-777-730 Munich (Munchen), Germany Winter/Spring 1997
The location of Munich, the largest city in southeast Germany, is partially obscured by a wispy cloud (slightly below center of image). The main channel (linear feature) of the northeasterly draining Iscar River is discernible as the river passes through Munich and as the river passes just to the west of the dual runways (light colored, parallel lines) of the Munich airport which is visible northeast of Munich (bottom center of image). Much of the landscape in this color infrared image is the result of glacial deposits from the Alps to the south. The pockmarked landscape (dark reds with oval-shaped lighter areas) immediately south of the urban area is a mixture of forested lands (dark reds) and lands cleared for agriculture. This region, also known as the Alpine Foreland, is geographically strategic because of its excellent piedmont location for both east-west and north-south traffic. The medieval character of the Munich area has continued to flourish and has turned the region into a center of prominence for tourism from Germany as well as from throughout the world. The large dark feature in the upper left corner of the image is Lake Chiem. The cluster of the dark features (top right), are the forested, leading edges of the beautiful Bavarian Alps (note snow cover on the higher elevations).