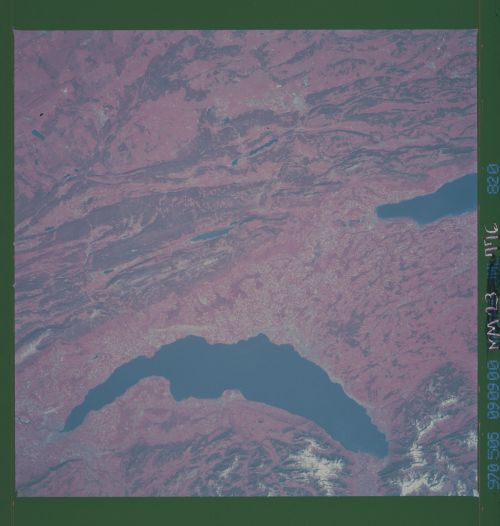 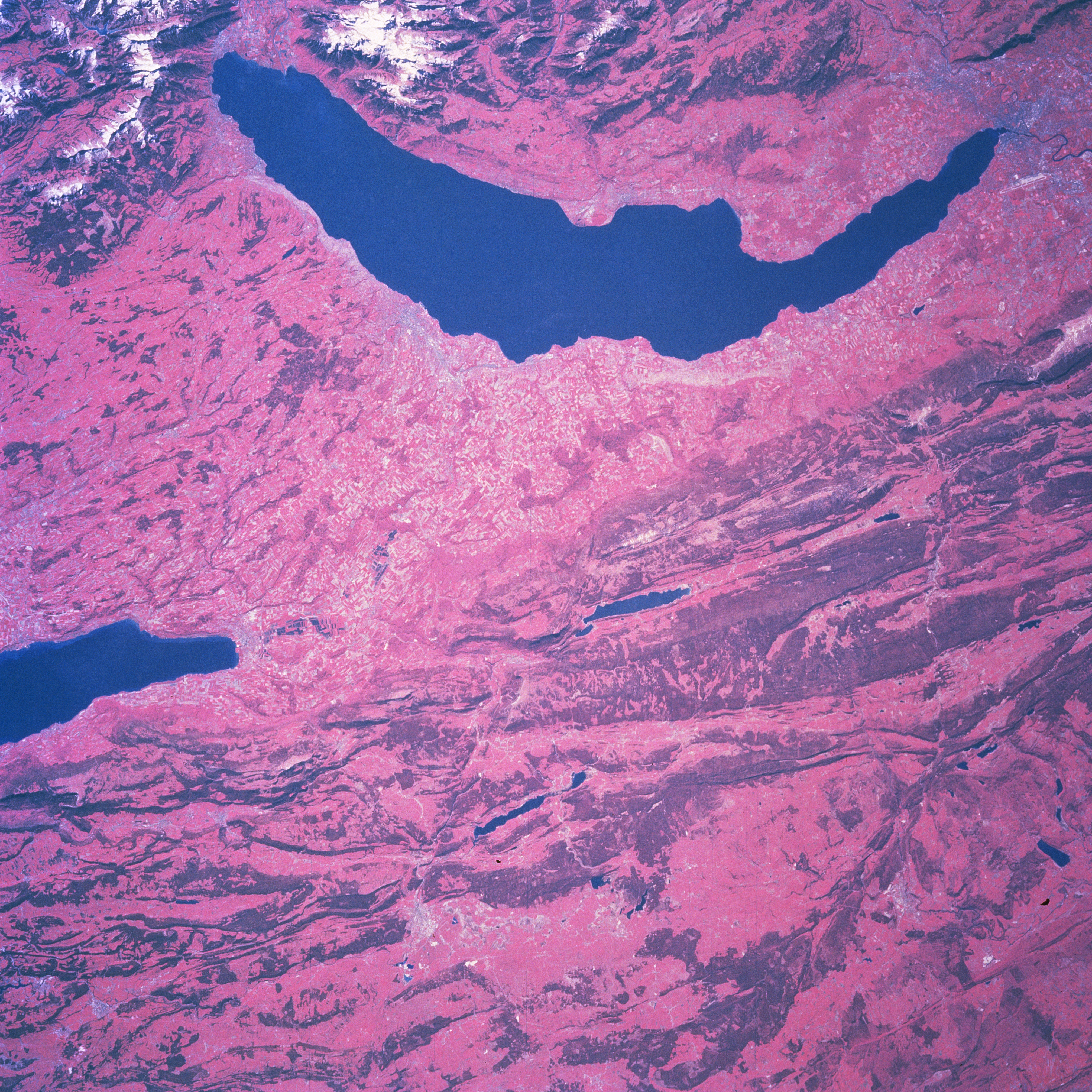 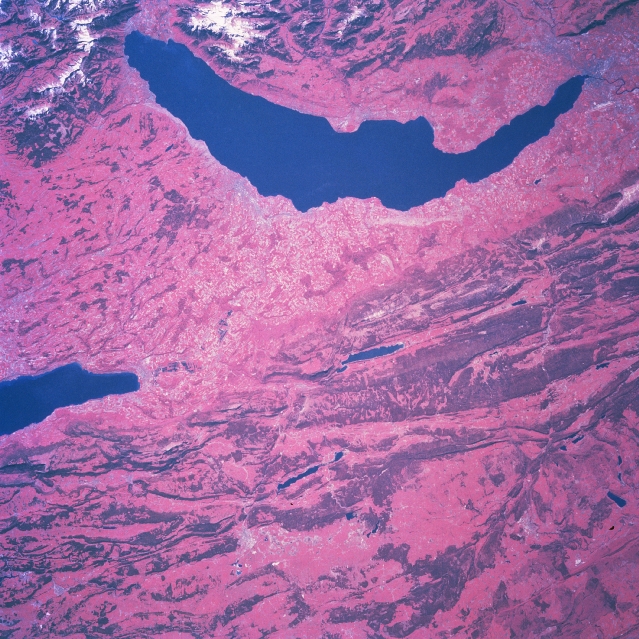 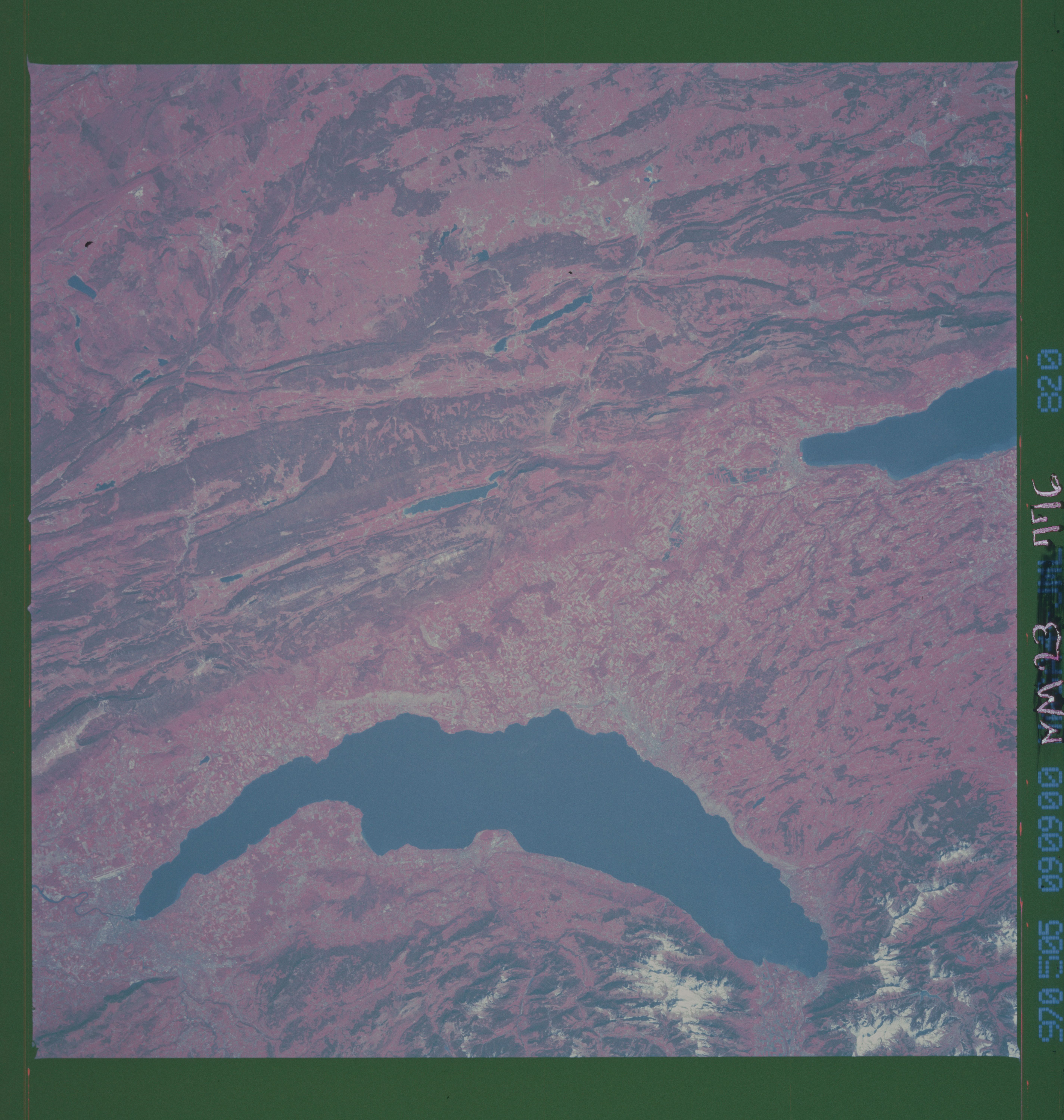 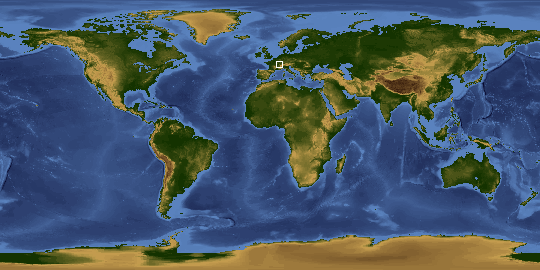 Other options available:
Download Packaged File
Download a Google Earth KML for this Image
View photo footprint information
Download a GeoTIFF for this photo
Image Caption: NM23-776-820 Lake Geneva Area, Switzerland Winter/Spring 1997
The western end of Switzerland, including all of Lake Geneva (crescent-shaped, dark feature) is visible in this color infrared image (green vegetation is presented in red colors) that looks south towards the Alps. A small part of the snow capped Swiss Alps (upper left) and the French Alps (upper middle) can be seen along the top margin of the picture. The Swiss city of Geneva is located at the southwest end (upper right) of Lake Geneva. The light-colored, linear feature north of the city is Geneva International Airport. The Jura Mountains, genetically part of the Alpine System, of northwest Switzerland (darker swaths of red) resemble the folded Appalachian System of mountains in the eastern United States. Synclinal valleys are separated by anticlinal ridges but are joined by narrow gorges. The deeper reds represent the green foliage of the forests in this color infrared image, accentuating the parallel, linear-looking ridgelines. The wide basins between some of the ridges are mainly grasslands. The eastern end (lower center) of the Jura Mountains offers a much easier ground route than the rest of the mountains which are a barrier to ground transportation. Tunnels have been cut through the Jura Mountains to permit surface connections between northwestern Europe and Italy.