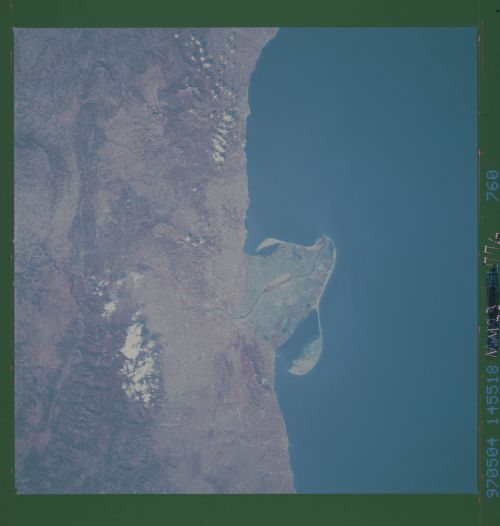 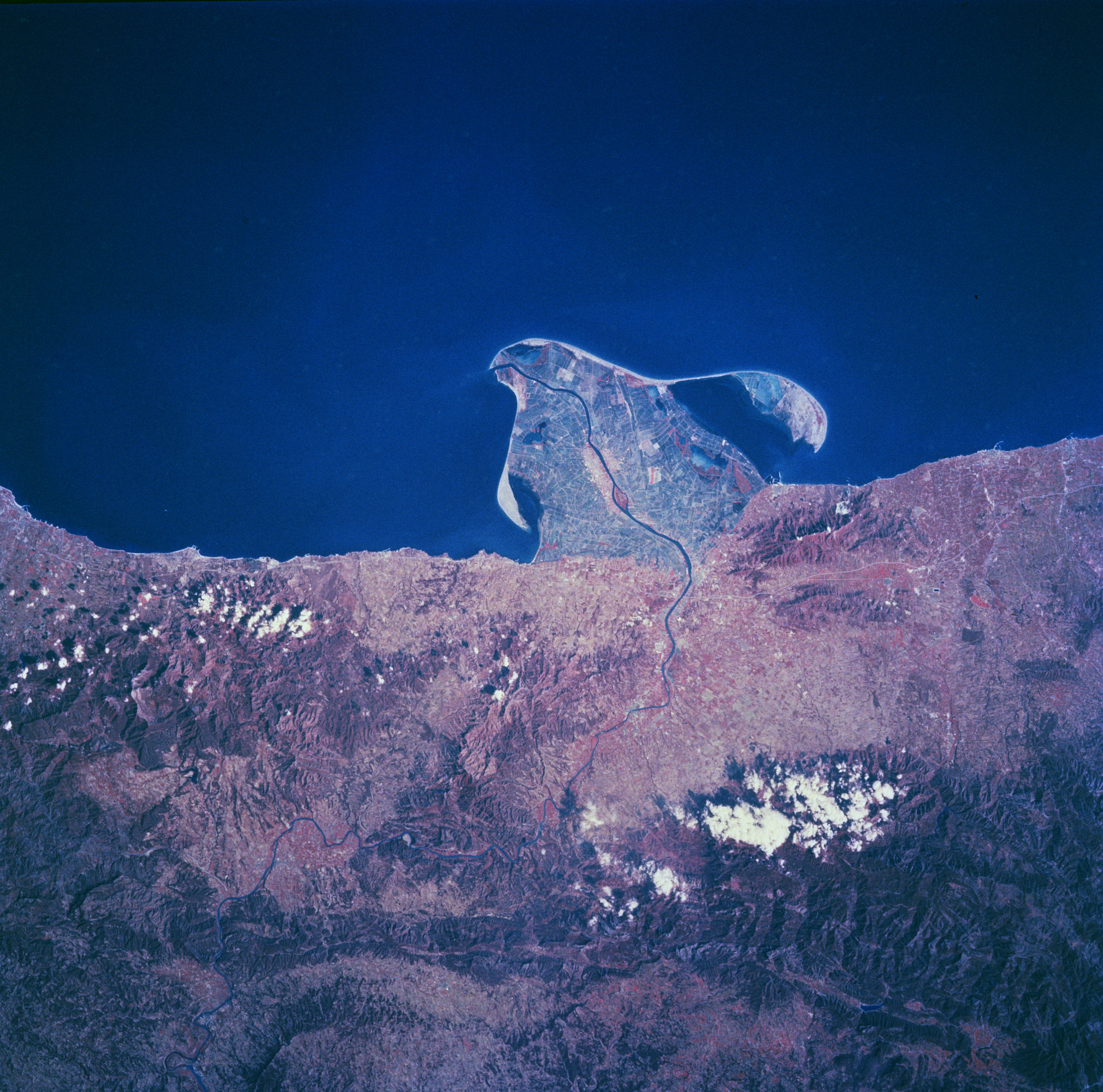 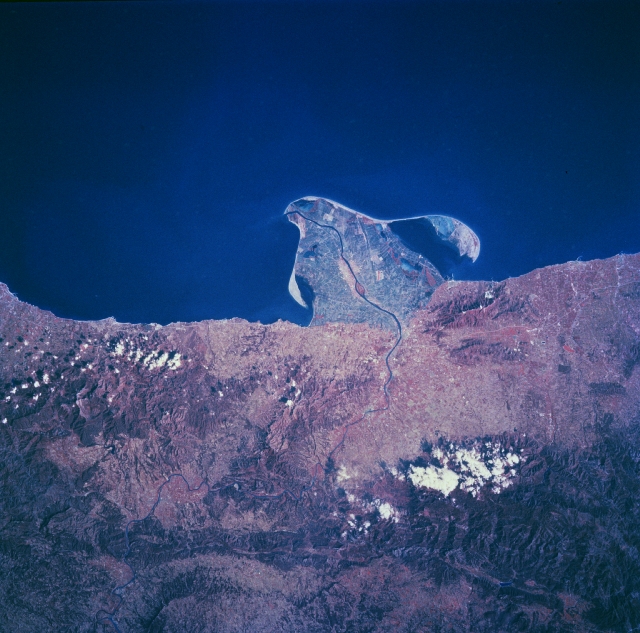 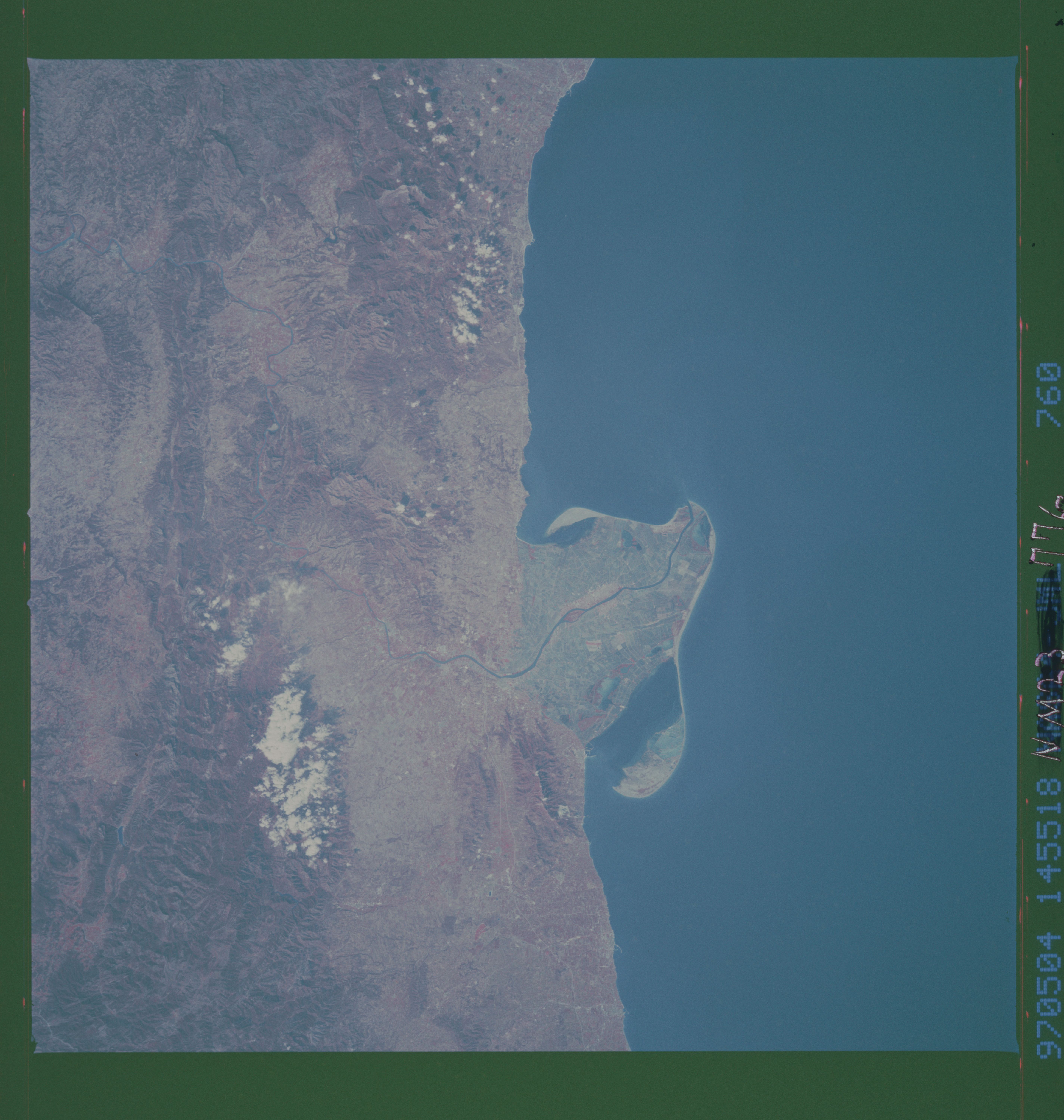 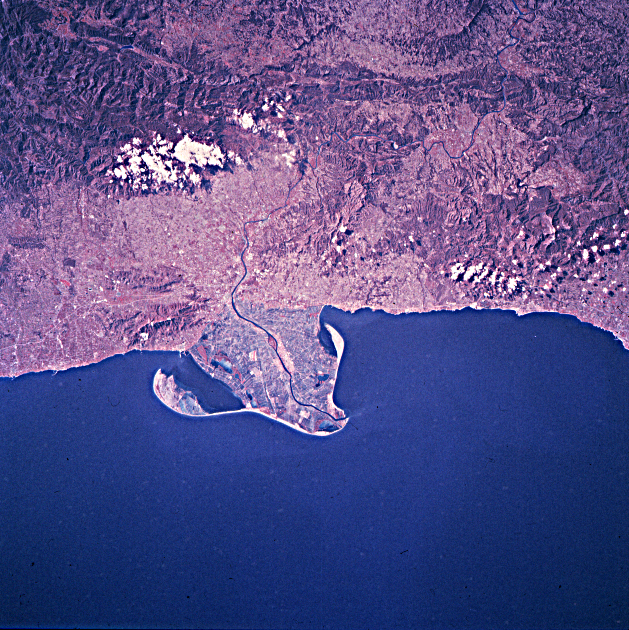 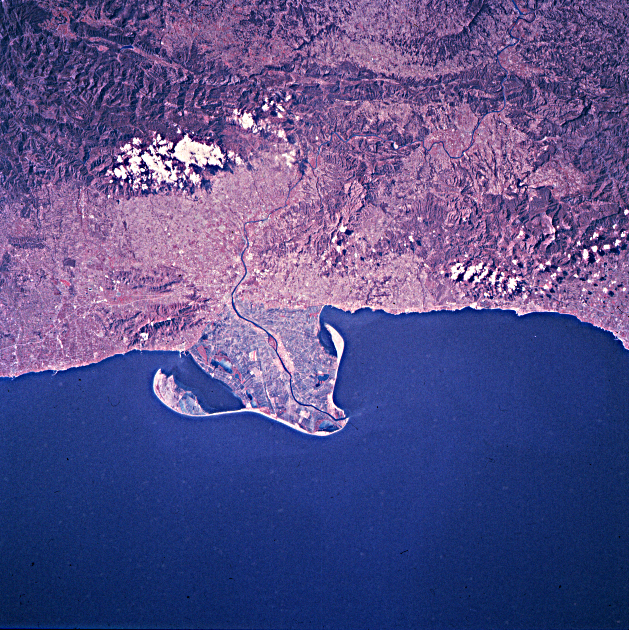 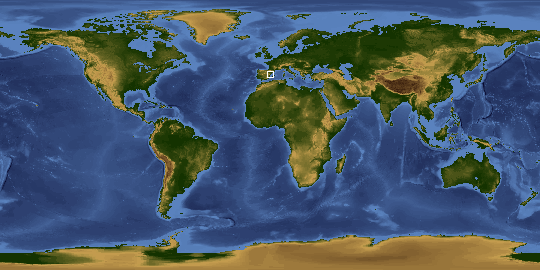 Other options available:
Download Packaged File
Download a Google Earth KML for this Image
View photo footprint information
Download a GeoTIFF for this photo
Image Caption: NM23-776-760 Ebro River Delta, Spain Winter/Spring 1997
Southwest of Barcelona along the east coast of Spain, the Ebro River has created a uniquely shaped delta that protrudes into the Mediterranean Sea. The thin, winding dark line (center of the image) is the main channel of the Ebro River. The island of Buda, located at the mouth of the river and on the south side of the main channel on the Ebro, is part of the Ebro Delta Nature Park. The delta is one of the major wetlands along the east coast of Spain. A great diversity of animal habitats presently exists in this environmentally sensitive delta. The construction of many dams inland within the Ebro River Basin has already reduced the flow of water through the delta, thereby reducing the natural silt deposition and retarding future growth of the delta into the Mediterranean Sea. By constructing numerous canals and irrigation ditches that crisscross the delta, conservationists and agricultural operators alike have contributed to and benefited from the effective management and use of the delta. The color infrared film helps to identify the land-water boundaries and the swath of deeper reds (vegetated landscape) inland from the coast show the mountains that parallel the coast, known as the Catalonian Range.