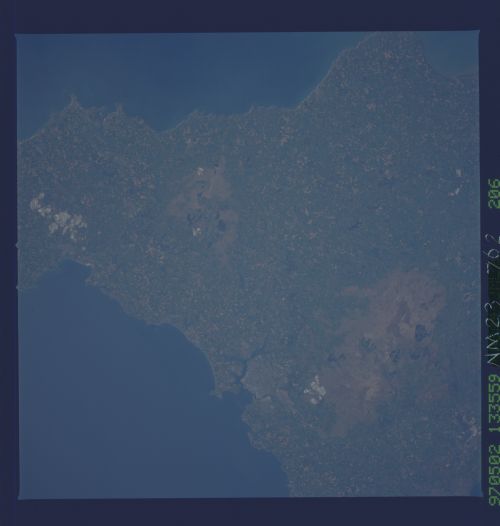 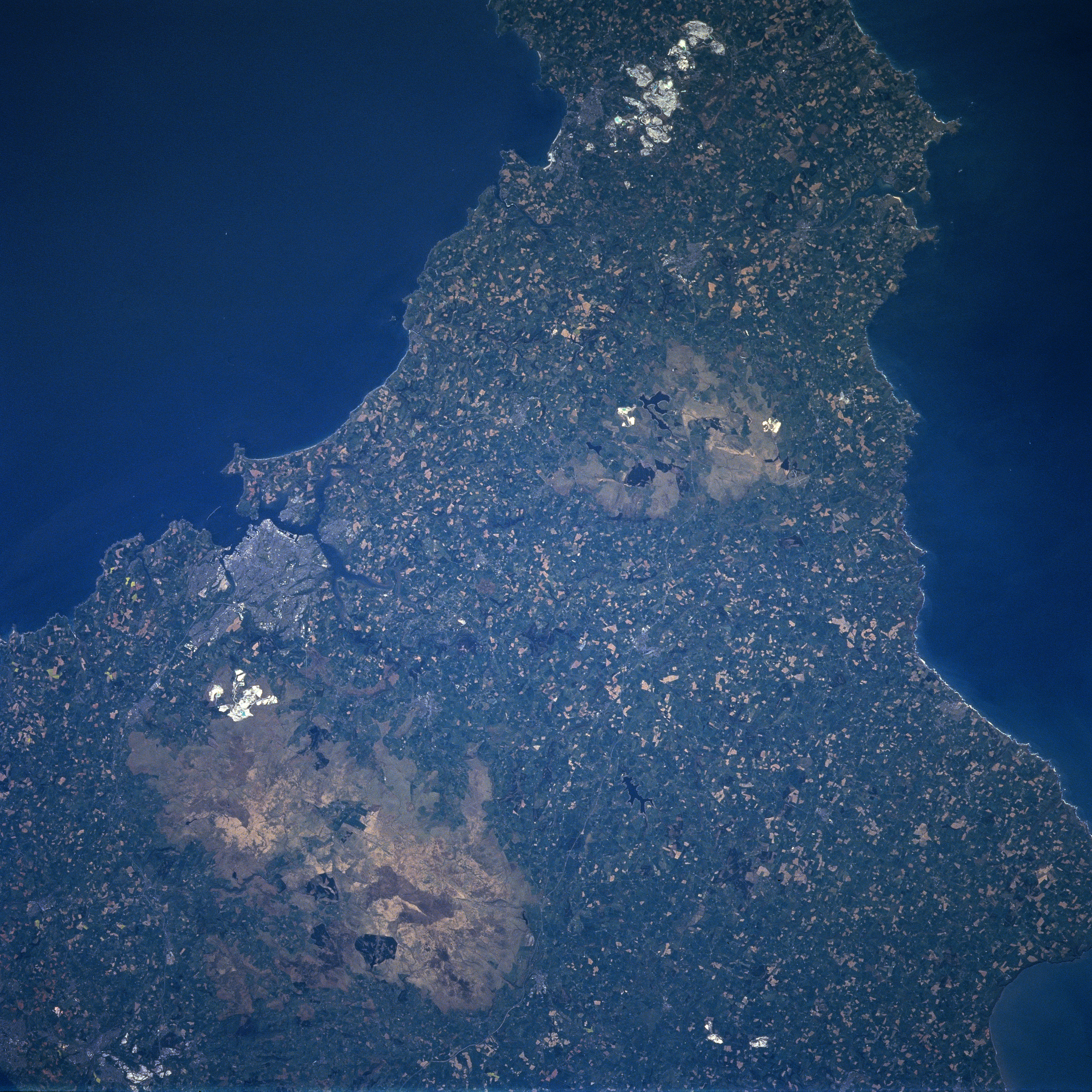 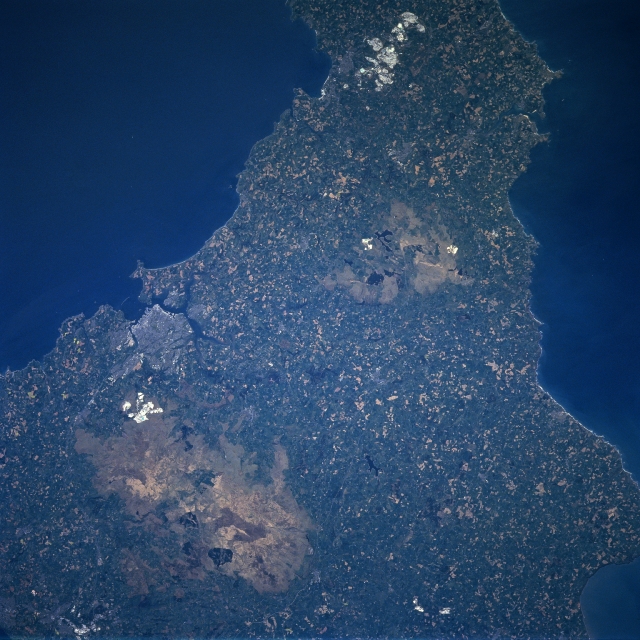 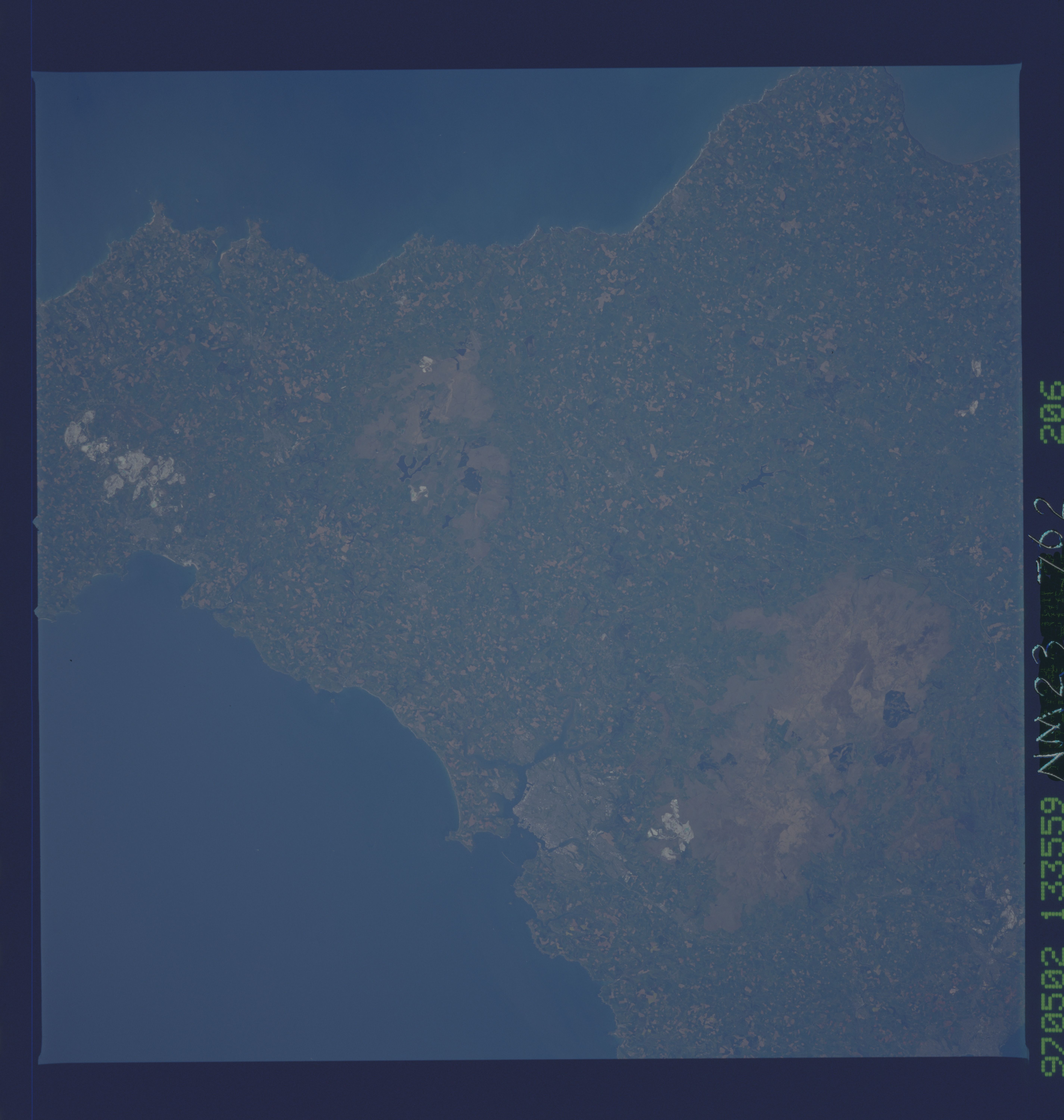 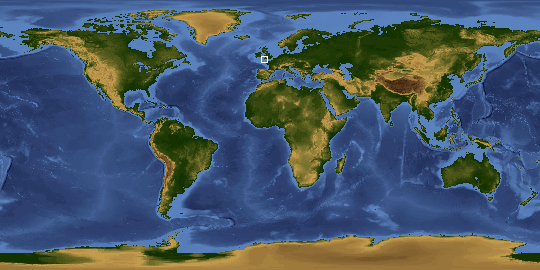 Other options available:
Download Packaged File
Download a Google Earth KML for this Image
View photo footprint information
Image Caption: NM23-762-206 Dartmoor, Plymouth, Great Britain Winter/Spring 1997
A portion of the southwestern peninsula of Great Britain is visible in this southwest-looking view. In the lower left part of the image, the upland region called Dartmoor can be seen. Dartmoor covers an area of 365 sq. miles (945 sq. km). It is a wasteland of bare granite peaks called tors that rise 1600-2000 feet (488-610 meters) in altitude. During the middle Ages, Dartmoor was an important tin-mining region. Dating back to the 12th century, china clay and granite have been mined from this region. Near the center of the image, the Bodmin Moor, another smaller upland region can be seen. Southwest of Dartmoor near the left center of the image, the large port city of Plymouth can be identified. Located on Plymouth Sound on a peninsula between the estuaries of the Plym and Tamar Rivers, Plymouth is an important port and major naval base in Great Britain. The first English factory to make Chinese porcelain was established in Plymouth in 1768.