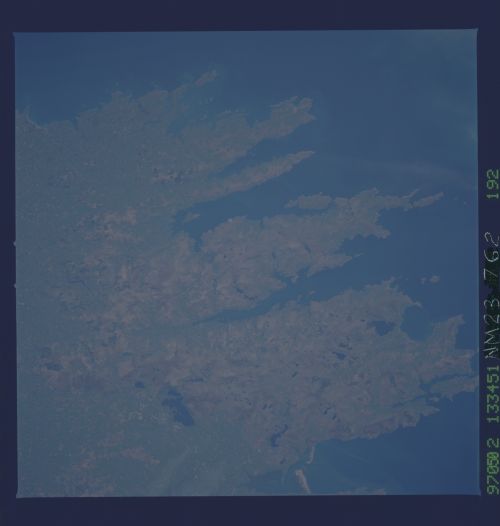 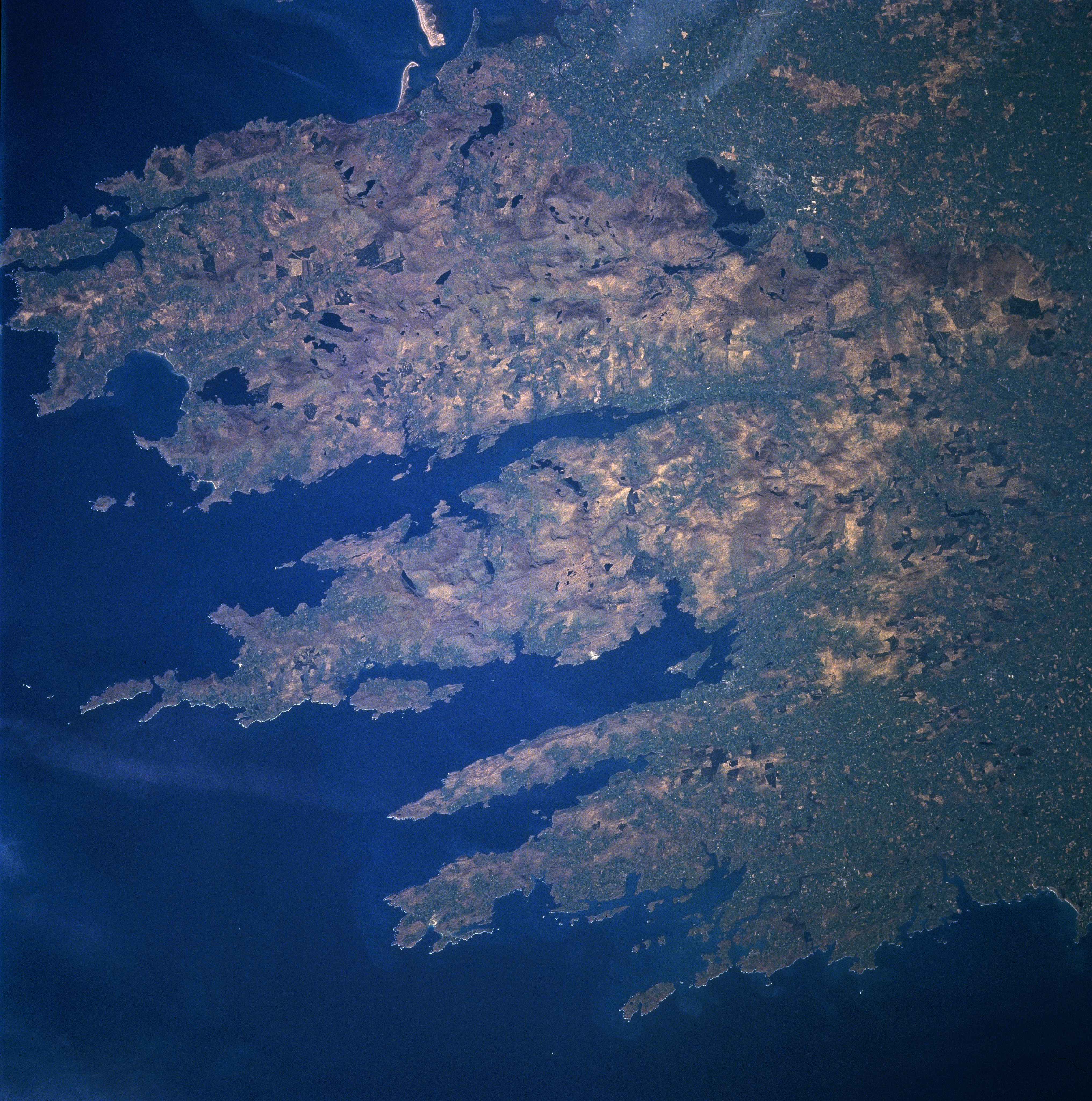 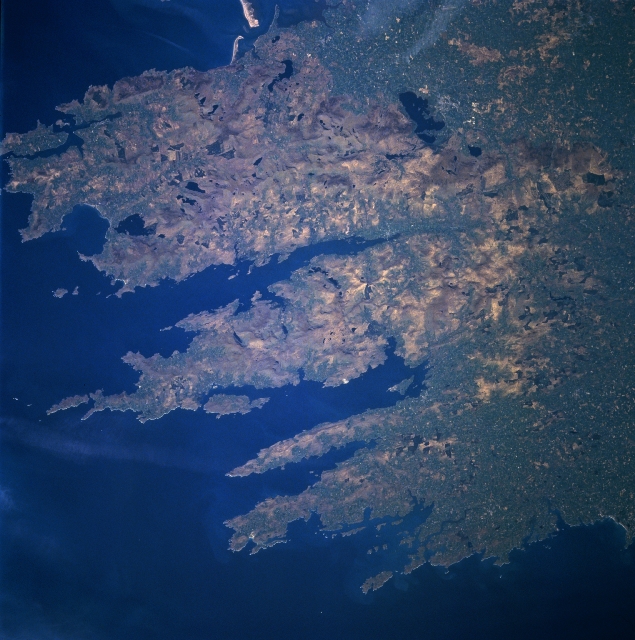 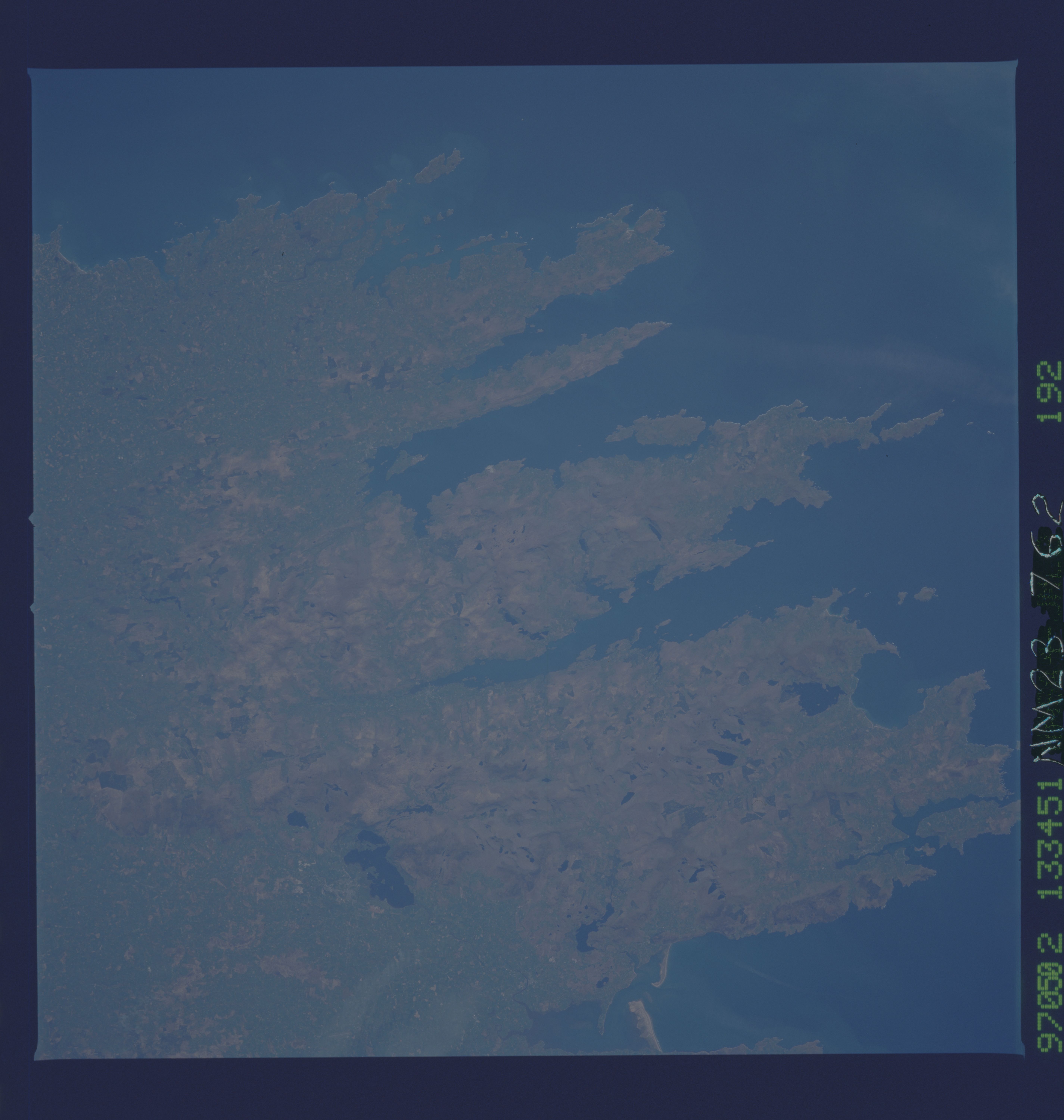 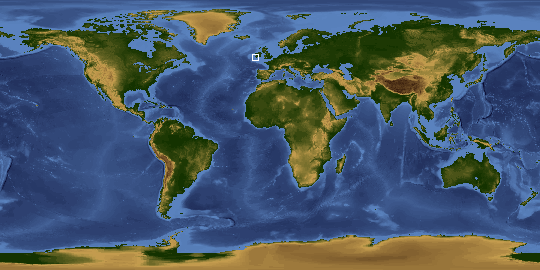 Other options available:
Download Packaged File
Download a Google Earth KML for this Image
View photo footprint information
Image Caption: NM23-762-192 Bantry Bay, Macgillicuddy's Reeks, Ireland Winter/Spring 1997
The rugged southwestern coast of Ireland can be seen in this north-looking view. The Macgillicuddy's Reeks Mountain Range, the highest in Ireland, with many peaks exceeding 3000 feet (915 meters) covers most of the area in this image. Dingle Bay is the largest bay in this scene (upper left). Numerous lakes are visible throughout the Macgillicuddy's Reeks, with the largest, Lake Leane seen just to the east of the mountain range near the upper center of the image. The lakes in this region of Ireland, including Lake Leane, were formed over 13000 years by retreating glaciers of the last Ice Age. Extending from near the center of the image to the left (west-southwest) is the deep, narrow Kenmare River. The Kenmare River is 5 miles (8 km) wide at its mouth. Just south of the Kenmare Raiver is Bantry Bay. The Bay is 21 miles (34 km) long and 4 miles (6 km) wide. Bantry Bay was the site of two unsuccessful French landings in 1689 and 1796 to help Irish insurrections. South of Bantry Bay is Mizen Head, the southernmost point of the country of Ireland.