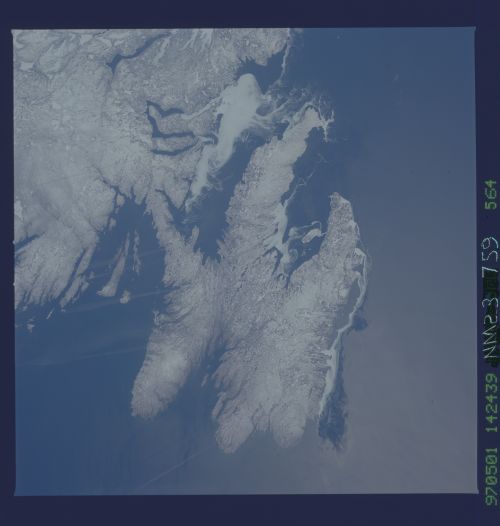 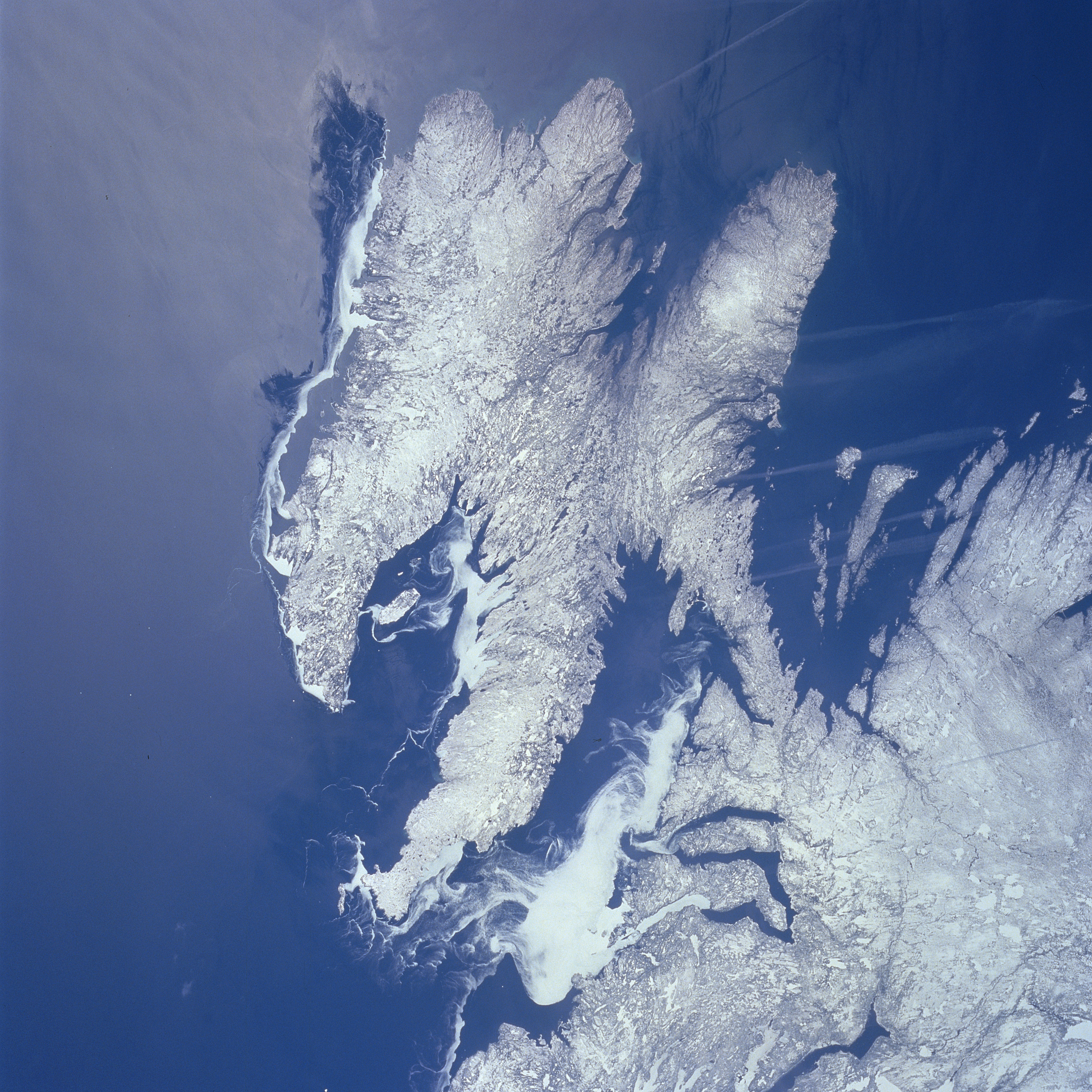 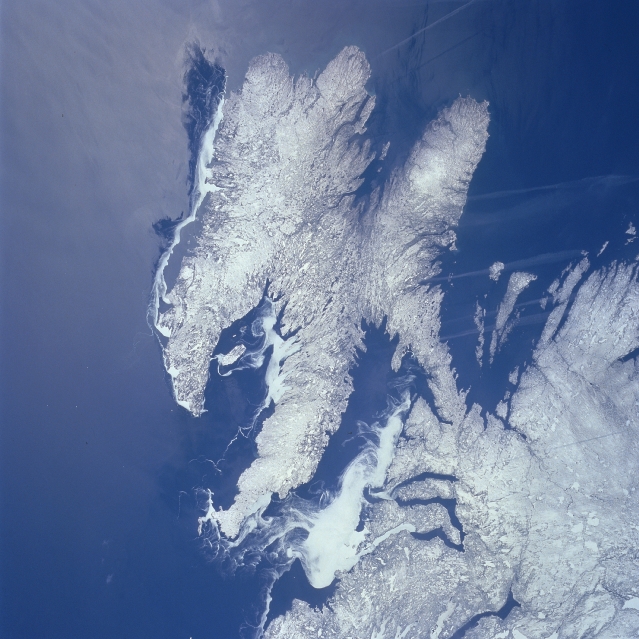 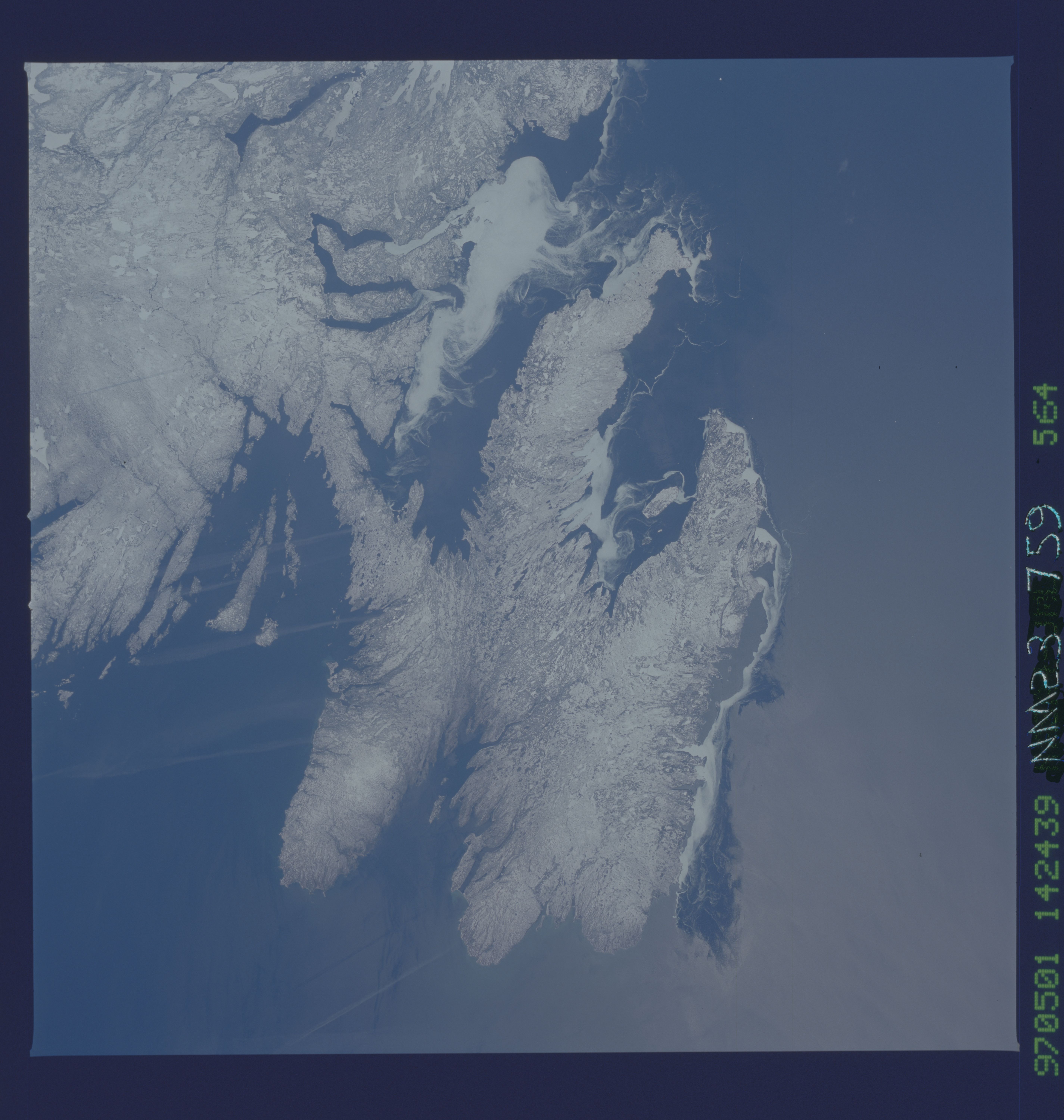 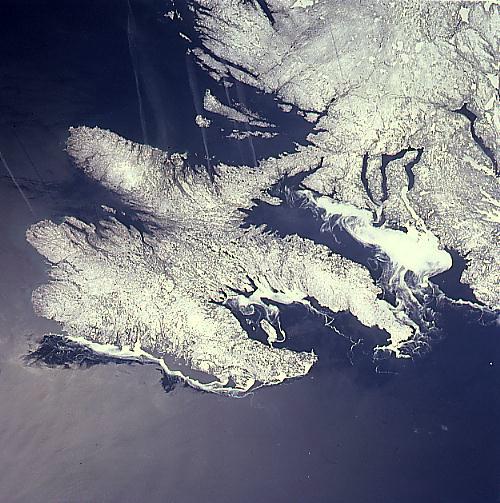 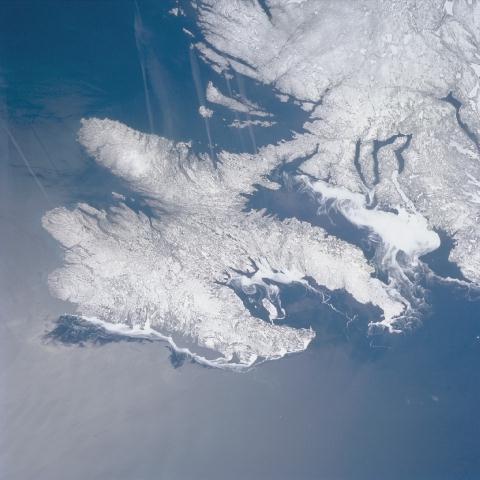 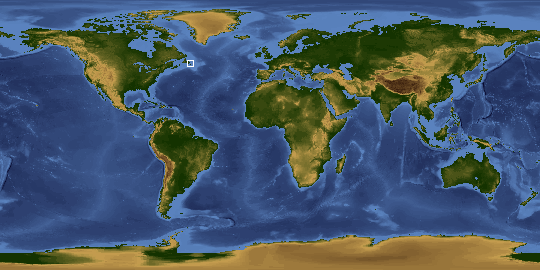 Other options available:
Download Packaged File
Download a Google Earth KML for this Image
View photo footprint information
Image Caption: NM23-759-564 Avalon Peninsula, Newfoundland, Canada Winter 1997
The snow and ice covered coastline of southeastern Newfoundland, including the Avalon Peninsula, is visible in this western view of this island province of Canada. Sea ice is identified as the uniform-looking, whiter areas with a swirling pattern, especially evident in Trinity and Conception Bays along the north coast of the Avalon Peninsula. The two southern bays of Placenta and Saint Mary's do not show any sea ice; however, there is some ice visible along the east coast. Notice the snow and ice cover on the land looks different from the sea ice because snow accentuates some relief and contour details of the topography. The elongated, linear, light-colored "streaks" that are aligned in a general west-east orientation are aircraft contrails of jets flying from North America to Europe.