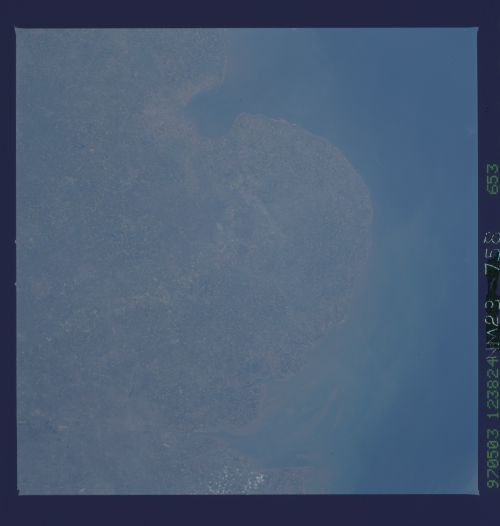 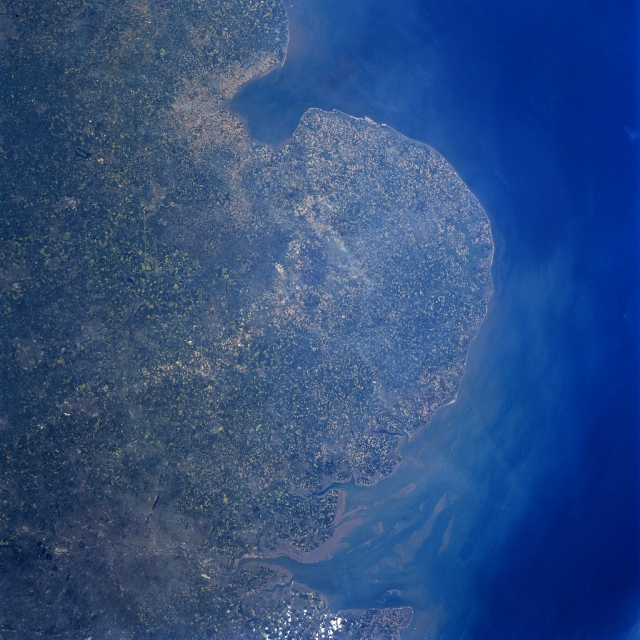 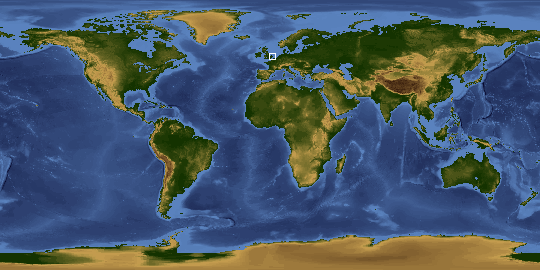 Other options available:
Download Packaged File
Download a Google Earth KML for this Image
View photo footprint information
Image Caption: NM23-758-653 The Fens, The Wash, North Sea, Great Britain Winter/Spring 1997
The field patterns of east central Great Britain are visible in this north-looking view. Near the top center of the image, The Wash, an inlet of the North Sea (upper middle) can be seen. The Wash is 20 miles (32 km) long and 15 miles (24 km) wide. It is shallow with sandbars and low, marshy shores. Dredged ship channels lead to the ports of Boston and King's Lynn (neither city is visible on the image). Just below The Wash near the center of the image is an area called The Fens, a flat lowland area. The Fens extends 70 miles (115 km) from north to south, and 35 miles (55 km) from east to west. Numerous streams traverse the region. The area was originally the largest swampland in Great Britain, formed by sediment from the North Sea. Although this region was initially unproductive land for agriculture, a successful drainage improvement project was completed in the 1960's. Since the successful completion of this project, cultivation of the land in The Fens has occurred. The location of London, England's largest city can be identified in the lower left corner of the image. The Thames River Delta and Estuary is also visible at the bottom center of the image.