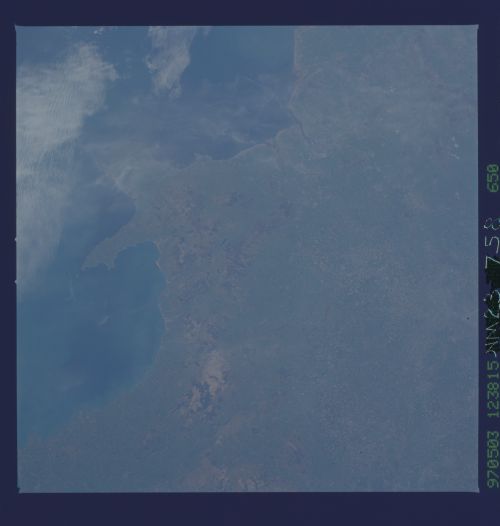 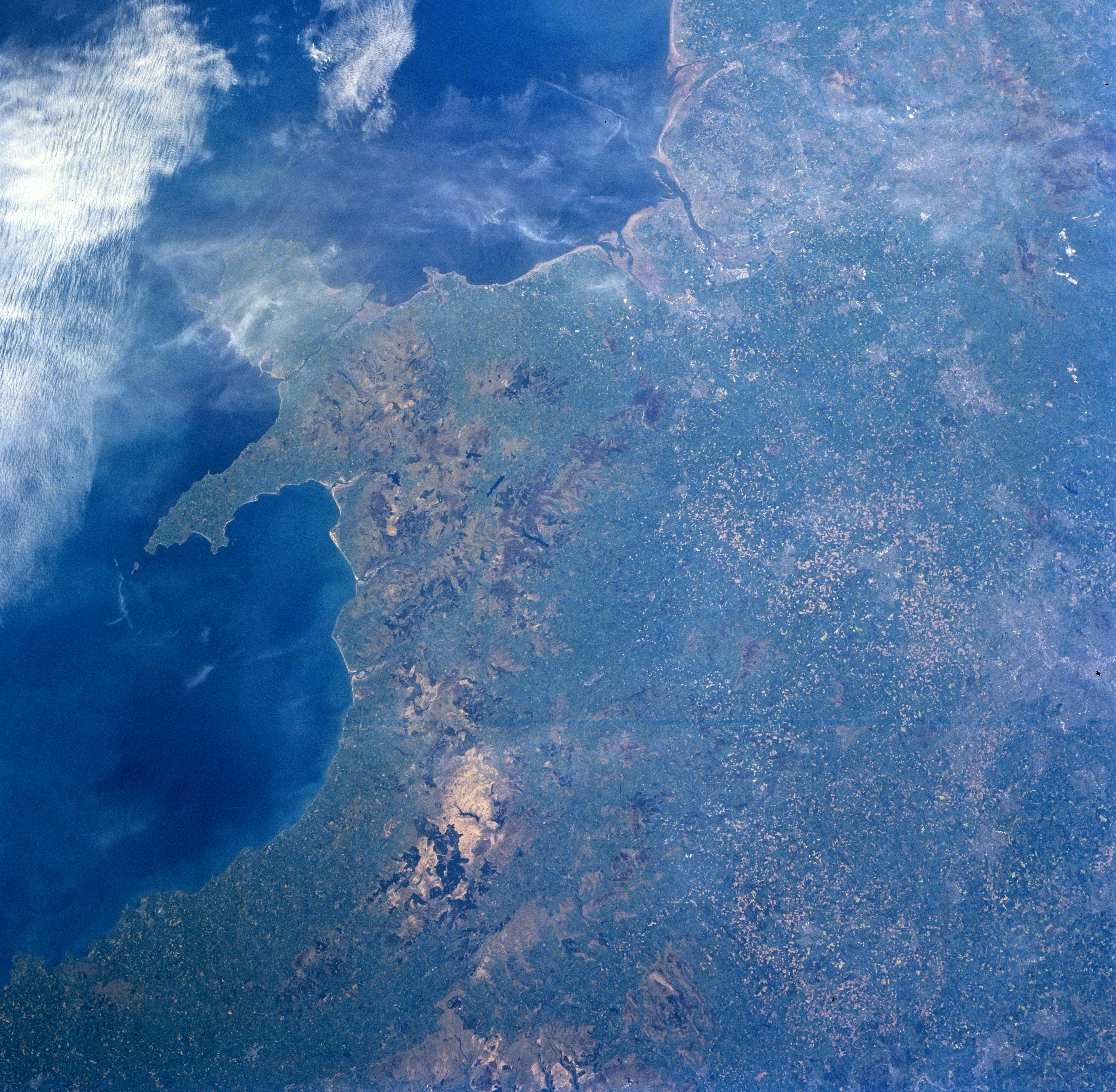 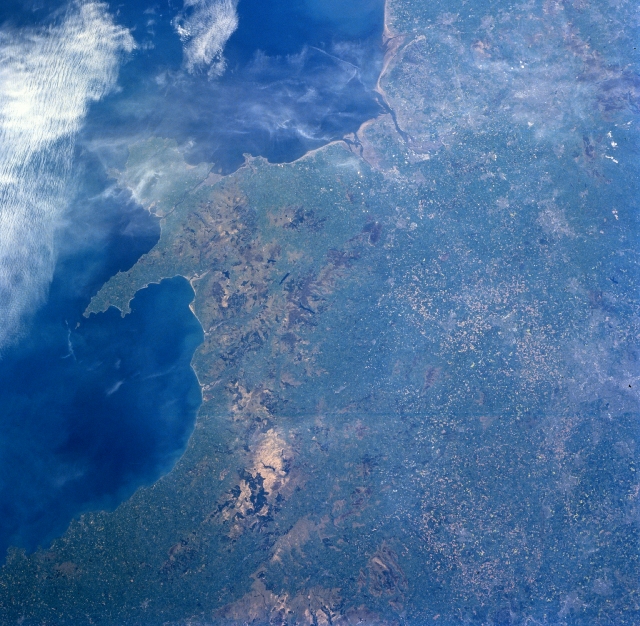 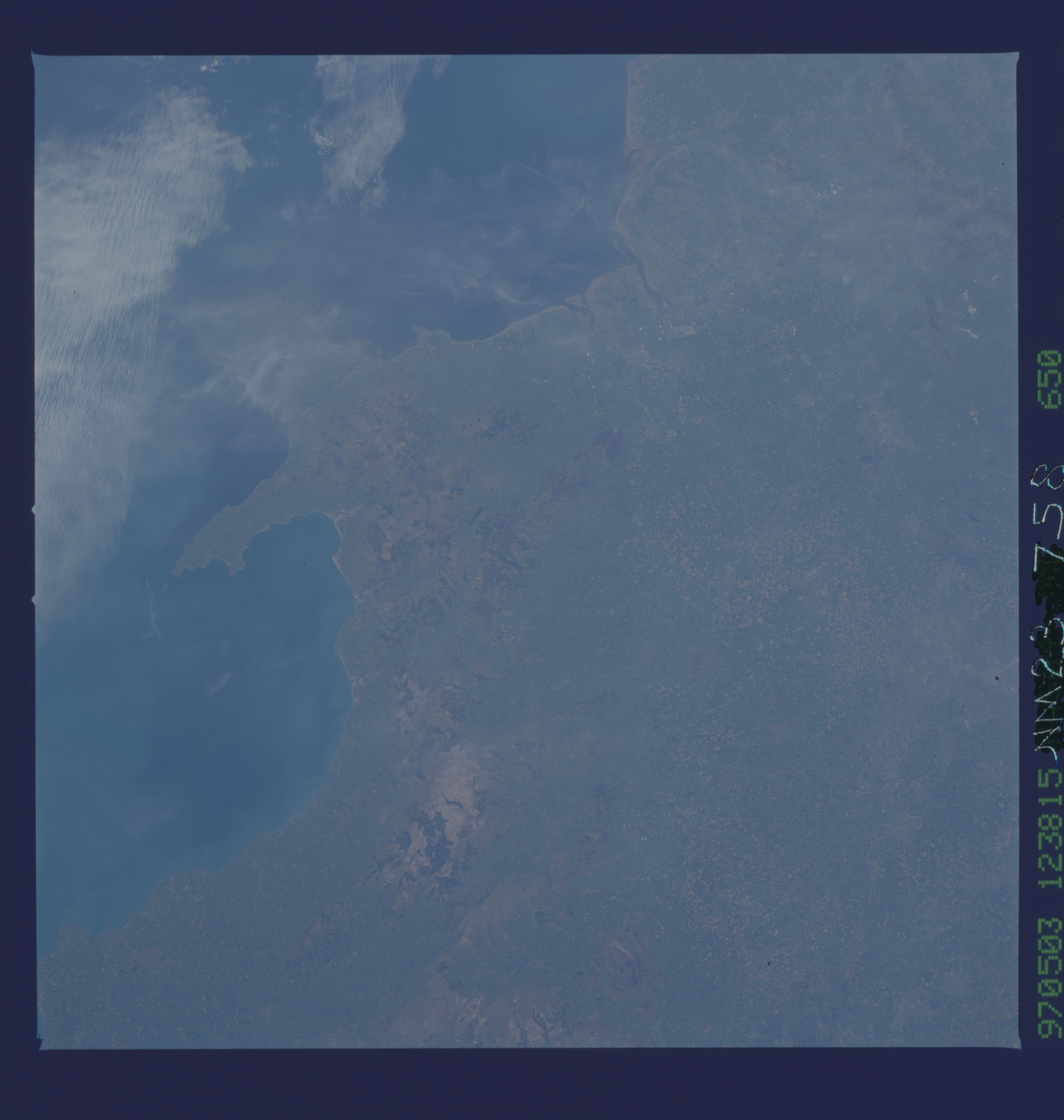 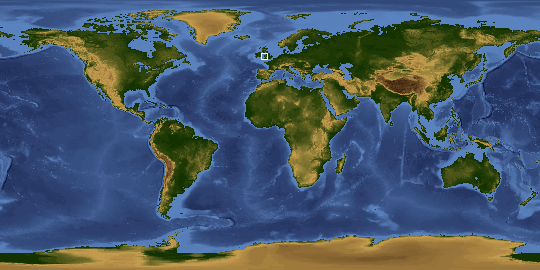 Other options available:
Download Packaged File
Download a Google Earth KML for this Image
View photo footprint information
Image Caption: NM23-758-650 Cambrian Mountains, Great Britain Winter/Spring 1997
An agricultural region and Cambrian Mountains of west-central Great Britain can be seen in this north-looking view. The agricultural lands visible on the right center and bottom right portion of the image are part of the Severn River Basin, the largest river basin in Great Britain. To the west of the agricultural Severn River Basin are the rugged Cambrian Mountains, an upland plateau cut by deep river valleys. West (left) of the Cambrian Mountains are the waters of the Saint Georges Channel, which links the Irish Sea (north--upper left)) with the Atlantic Ocean to the south (not visible on image). Midway between the top center and the center of the image, is the industrial and major port city of Liverpool. The city is one of Great Britain's largest cities and is the major outlet for industrial exports. Liverpool is located on the Irish Sea Coast near the mouth of the Mersey River.