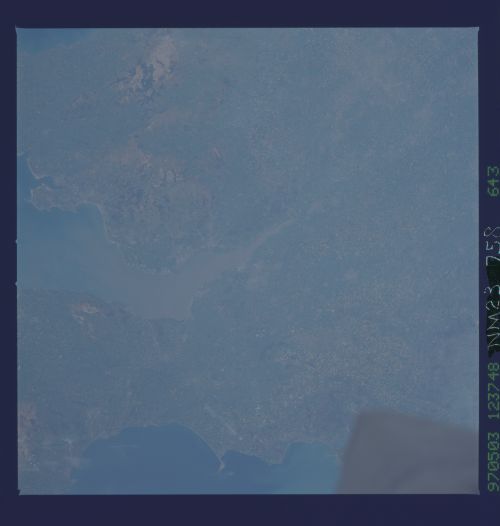 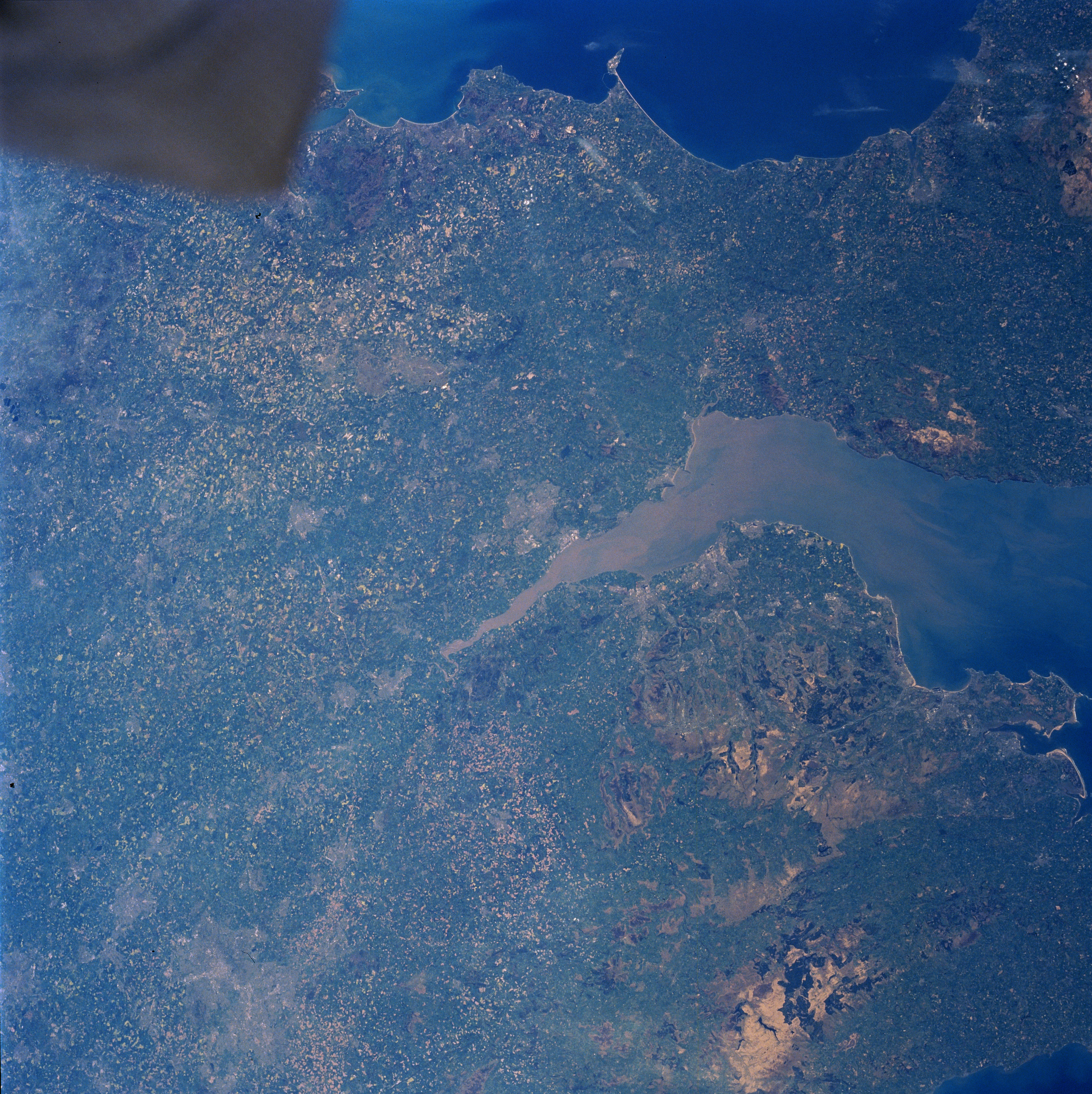 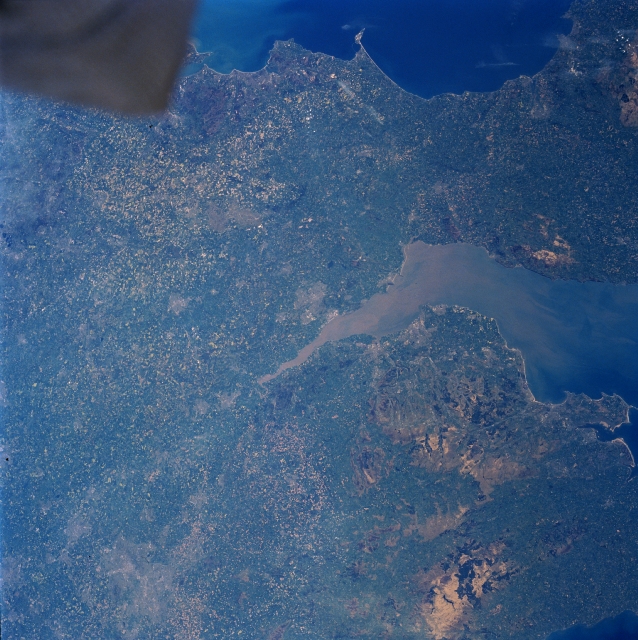 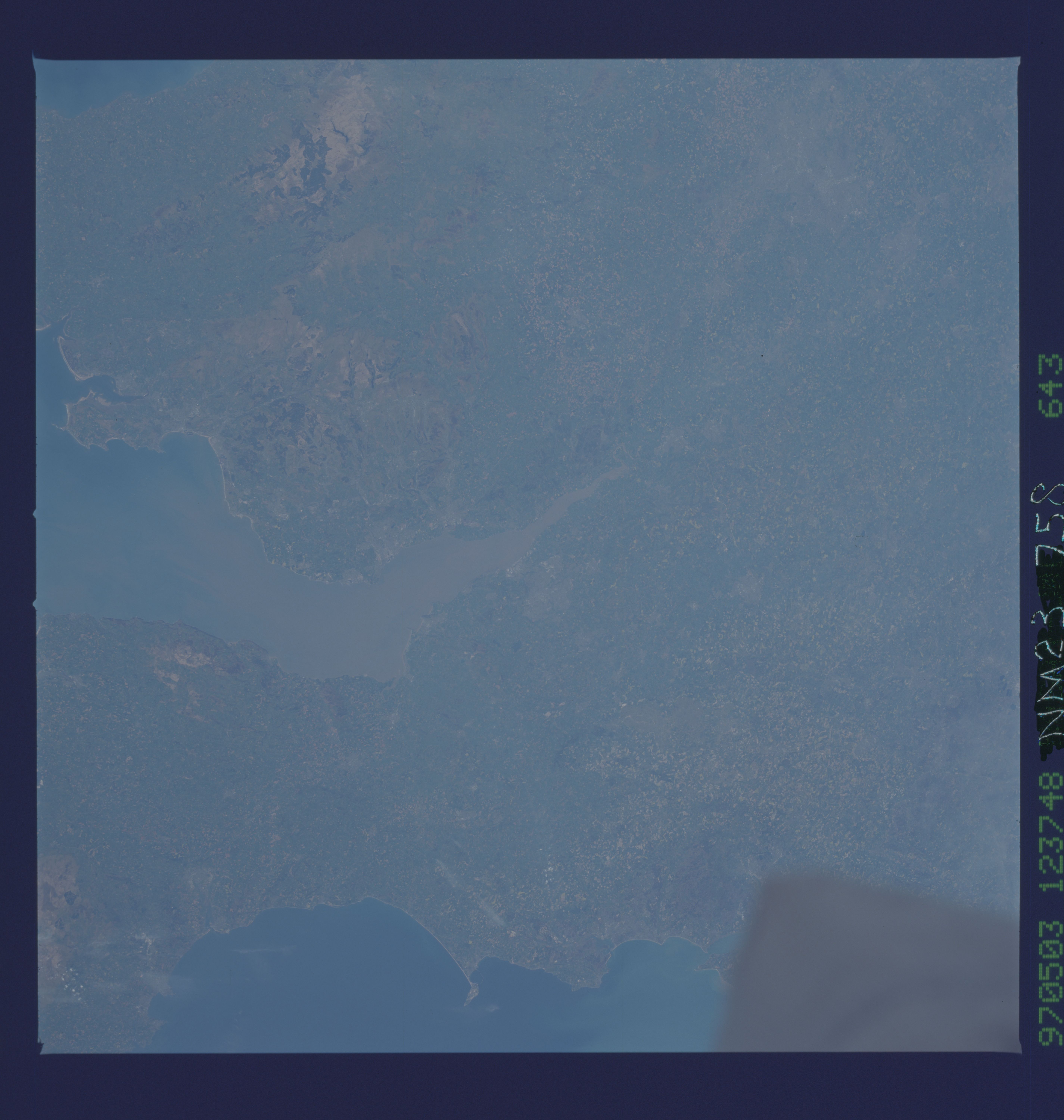 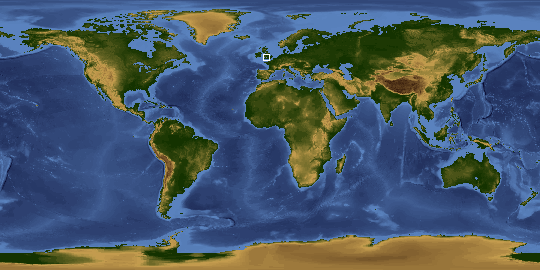 Other options available:
Download Packaged File
Download a Google Earth KML for this Image
View photo footprint information
Image Caption: NM23-758-643 Severn River, Bristol Channel, Great Britain Winter/Spring 1997
The Severn River, one of Great Britain's principal rivers, can be traced across the landscape as it empties into the eastern end of Bristol Channel. The river is an important transportation route in southwestern England. Bristol Channel (center to right center of the image), an inlet of the Atlantic Ocean, is 85 miles (135 km) long and 5 to 50 miles (8 to 81 km) wide. The Channel separates Wales (bottom portion) from Southwestern England (upper portion). Along the coast of southern Wales, there is a great concentration of economic activity (cities of Newport just to the right of center, and Cardiff just to the right of Newport). The city of Bristol in England is also an industrial center and is located slightly above the center of the image. The Bristol Channel serves as a major shipping corridor. The Cambrian Mountains, a rugged upland plateau that is cut by numerous river valleys, are visible in the right bottom portion of the image. Lymc Bay, an inlet of the English Channel, is seen along the south coast. A small section of the spacecraft is visible in the upper left corner of the image.