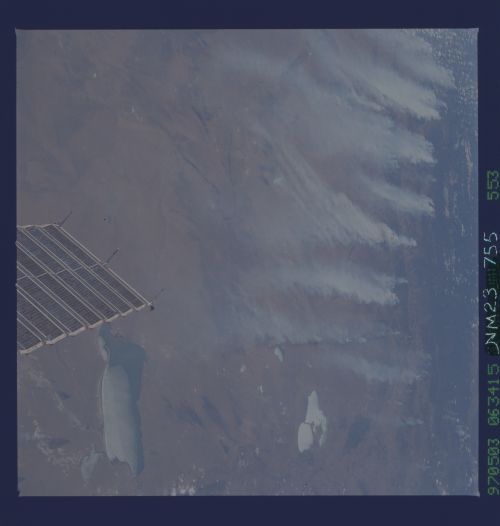 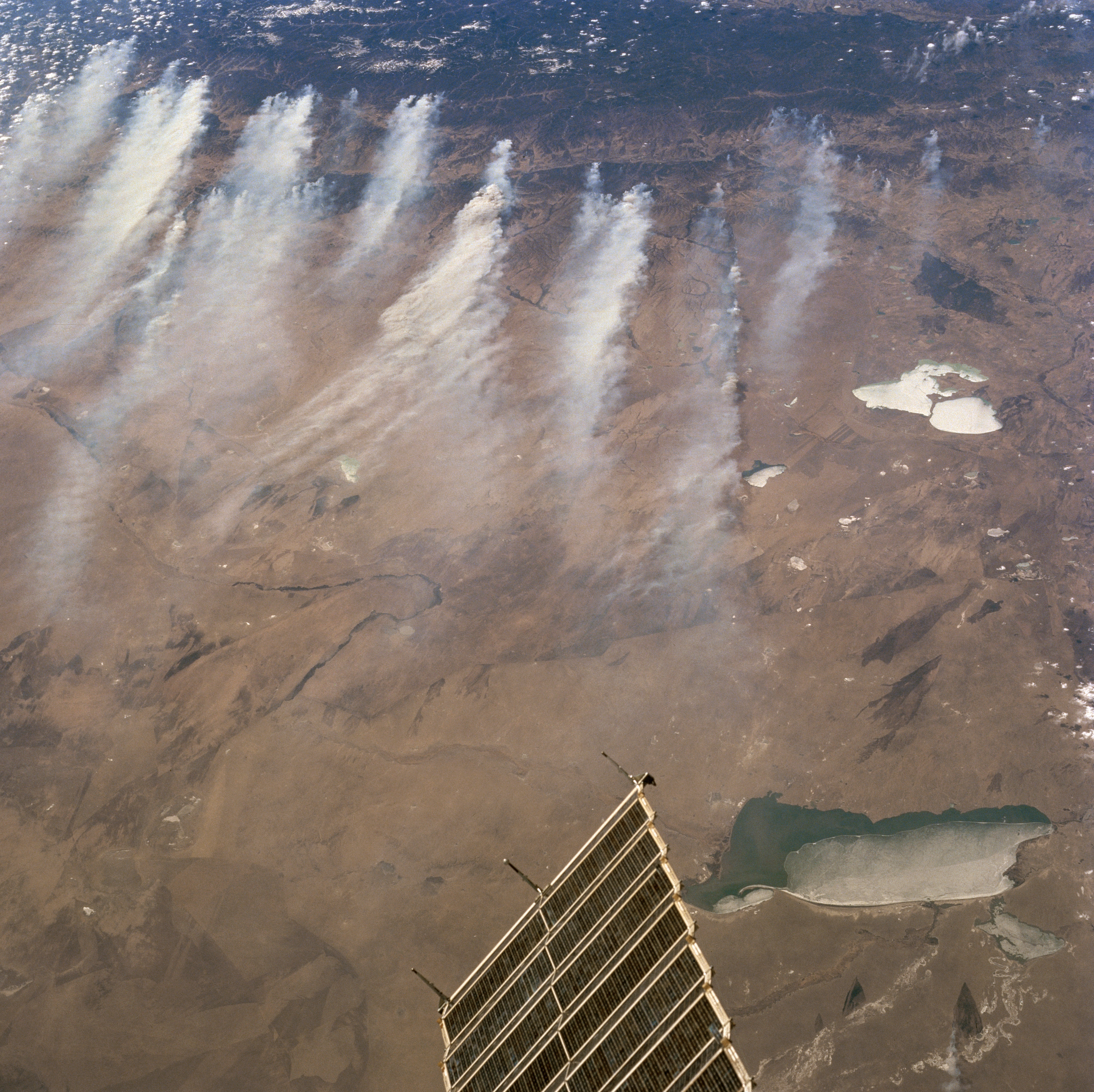 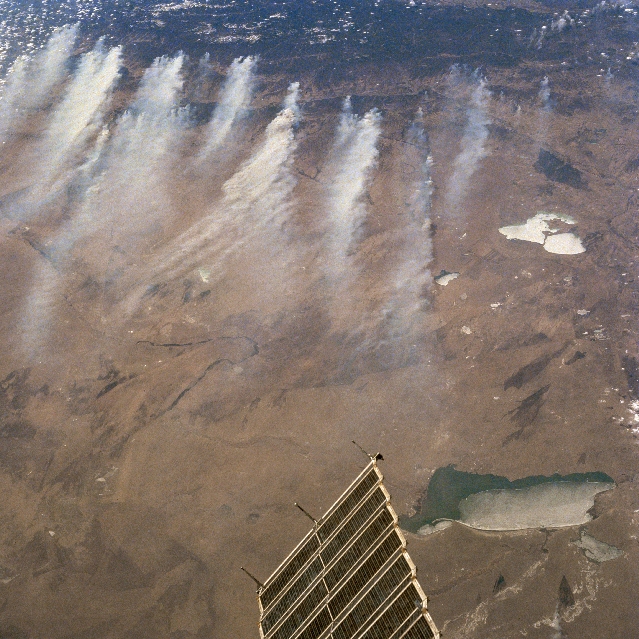 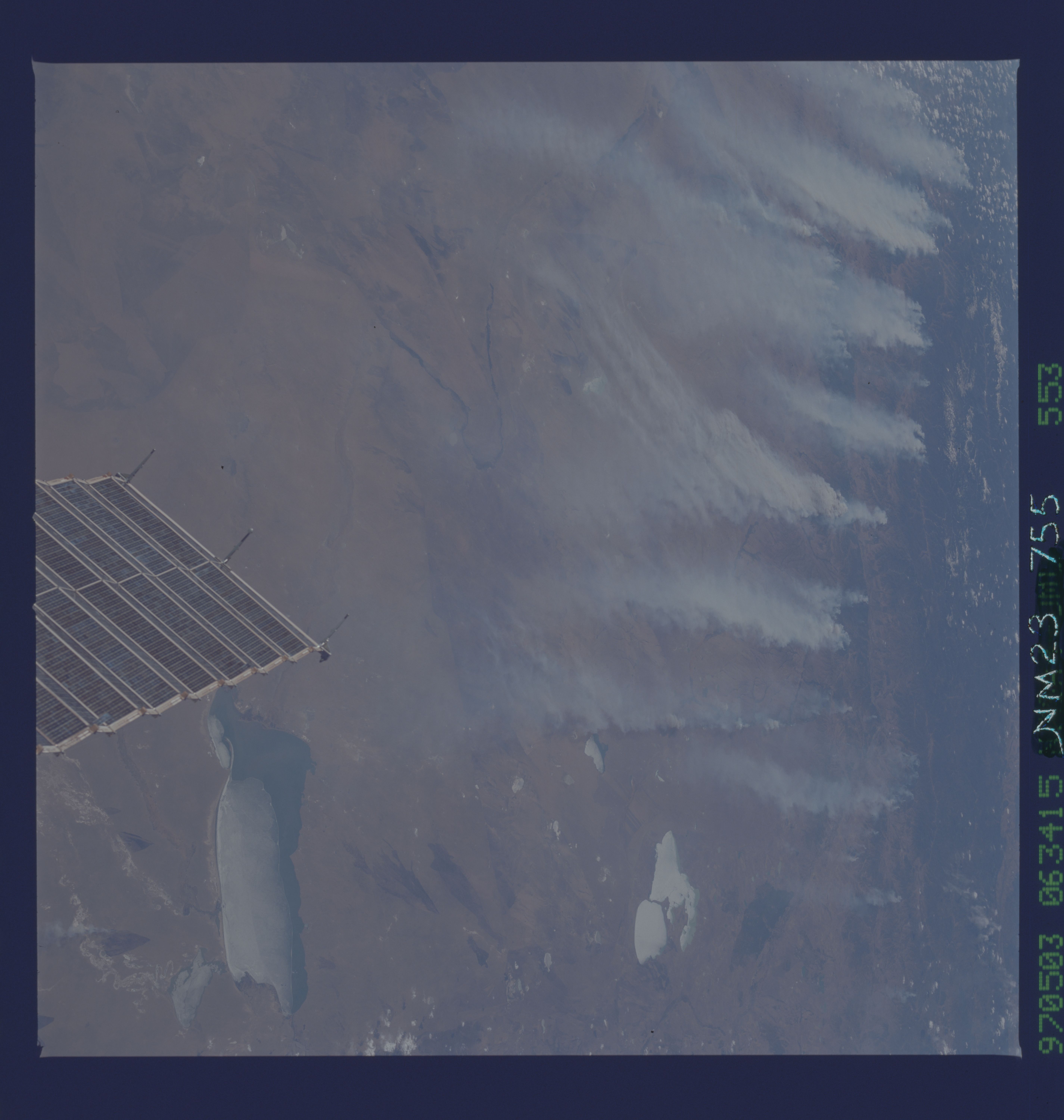 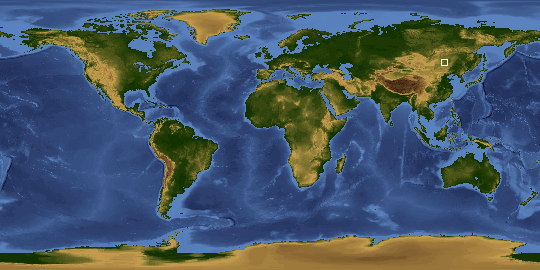 Other options available:
Download Packaged File
Download a Google Earth KML for this Image
View photo footprint information
Download a GeoTIFF for this photo
Image Caption: NM23-755-553 Hulun Lake/Smoke, China Winter/Spring 1997
The extreme northeastern tip of Mongolia, including a dramatic, U-shaped loop (linear, dark feature near center) is the Herlen River. The river shares this scene with Hulun Lake (partially ice covered, rectangular-shaped feature bottom right-located in China) and two lakes (highly reflective surfaces-right middle), plus the Yablonovyy Mountains that are located in Russia. The country borders of Mongolia, China, and Russia meet approximately midway between Hulun Lake and the double lakes (Barun-Torey and Zun-Torey), the white-looking features (right middle). A section of the border between Mongolia and China is visible as a subtle color change line that extends laterally across most of the image. Another subtle but identifiable feature that extends horizontally across the middle of the picture is a combined highway-railroad (thin, dark line) right of way. A small but pronounced section of the "Wall of Genghis Khan" (another thin, dark line) is visible where it intersects the highway-railroad right of way (slightly left of center). The extensive smoke plumes, blowing generally in a southeast direction originate in the foothills of the Yablonovyy Mountains and the Onon River Valley (darker, more vegetated area-top). The brownish-looking terrain is indicative of the extensive, semiarid grasslands that are dominant in this part of the world. The object along the bottom (center) is an array of solar panels that are part of the Russian MIR spacecraft.