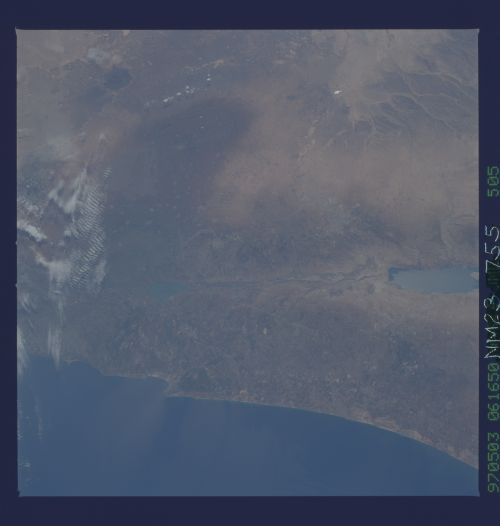 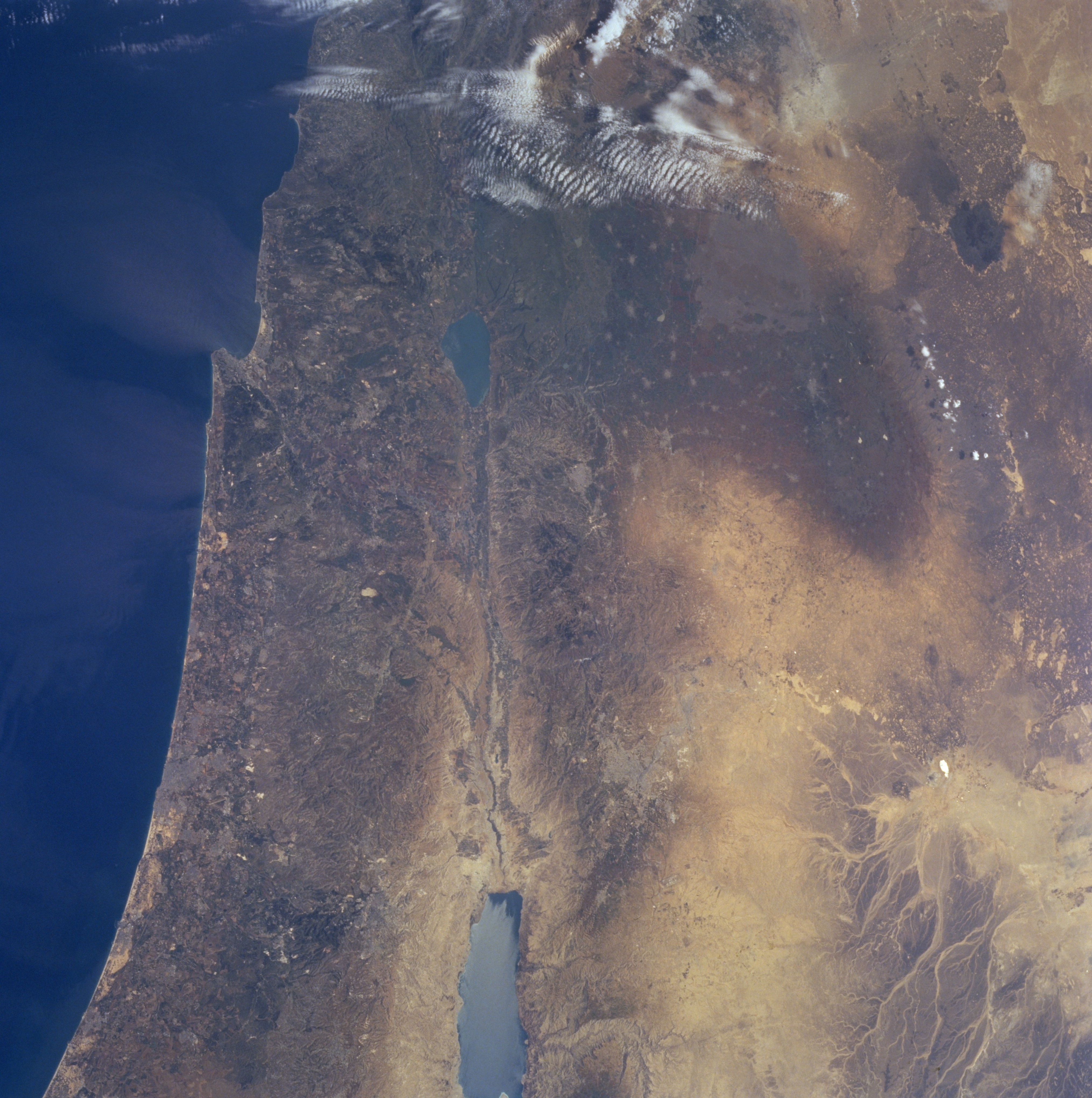 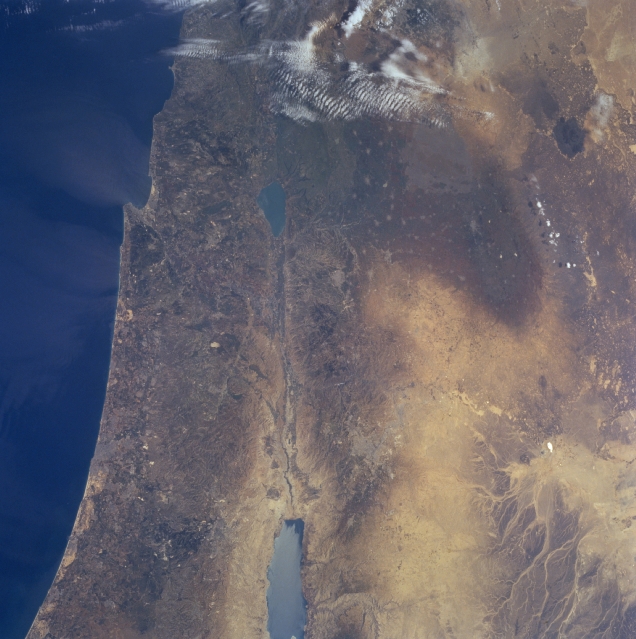 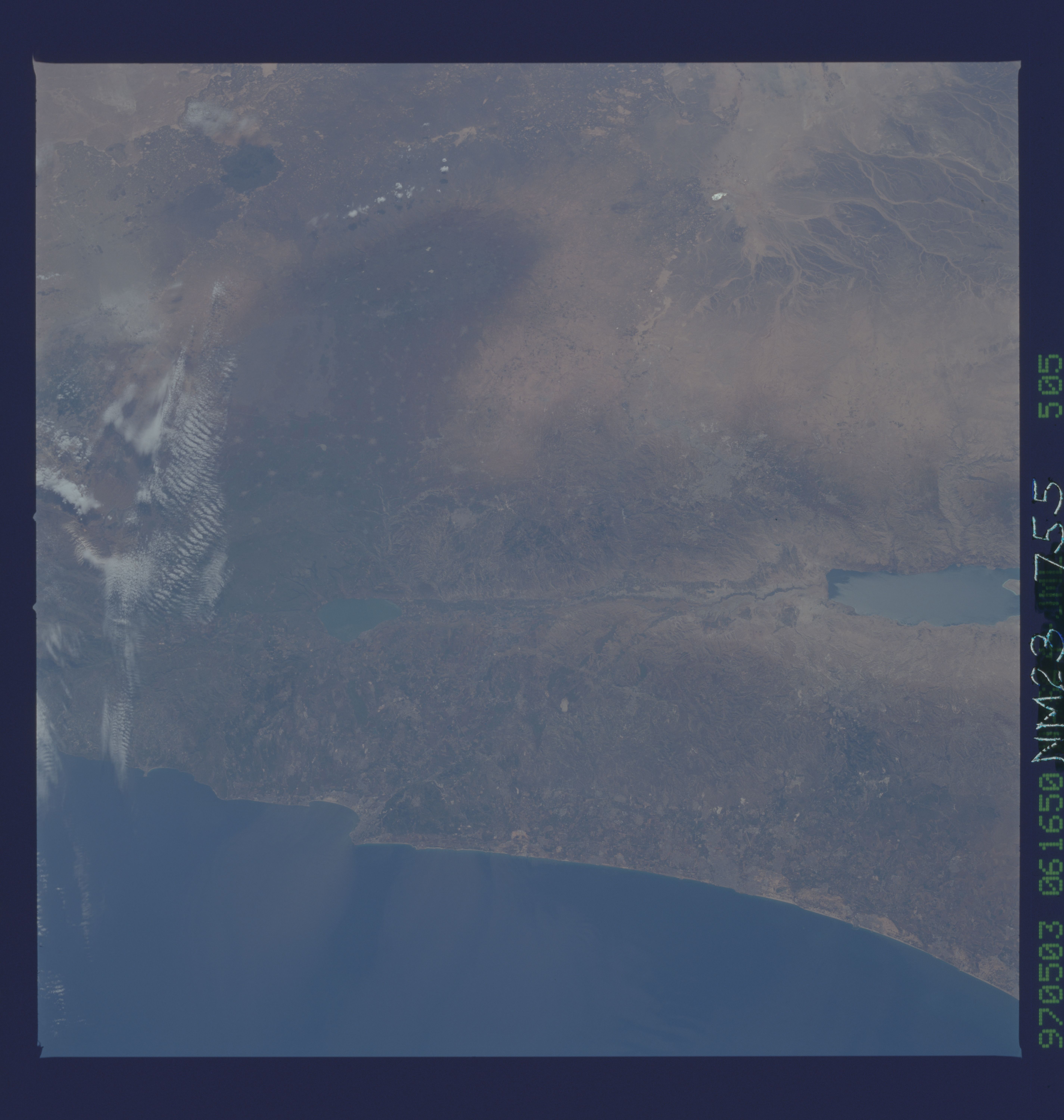 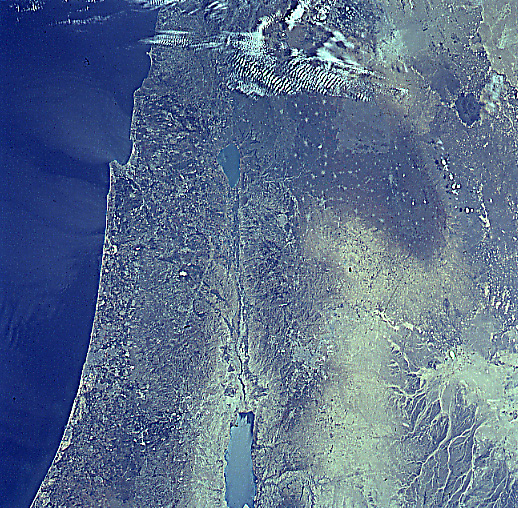 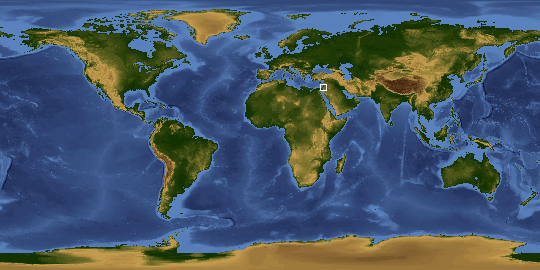 Other options available:
Download Packaged File
Download a Google Earth KML for this Image
View photo footprint information
Image Caption: NM23-755-505 Jordan River Valley, Israel Winter/Spring 1997
The rift valley of the Jordan River can be seen in this north-looking view. The country of Israel is to the left of the river valley and the country of Jordan is to the right of the river valley. The Jordan River is 200 miles (322 km) long and originates in the anti-Lebanon Mountains. The river flows southward through the drained Hula Valley Basin into the freshwater Lake Tiberias (Sea of Galilee) midway between the center and top center of the image. Lake Tiberias is 14 miles (22 km) long and up to 7 miles (11 km) wide, and covers an area of 64 square miles (165 sq km). The lake is 700 feet (215 meters) below sea level. The lake derives 75 percent of its inflow from the Jordan River. As the Jordan River exits Lake Tiberias and flows southward, its salinity increases as it reaches its terminus flowing into the Dead Sea. The Dead Sea (bottom center of the image) is 45 miles (70 km) long and presently is 1307 feet (399 meters) below sea level, the lowest point on earth. Demand for water from the Jordan River for irrigation since the 1970's, has reduced the flow of water into the Dead Sea, thus reducing the water level of the sea. The Jordan River Rift Valley is a small part of the 4037 mile (6500 km) long Syrian-East African Rift.