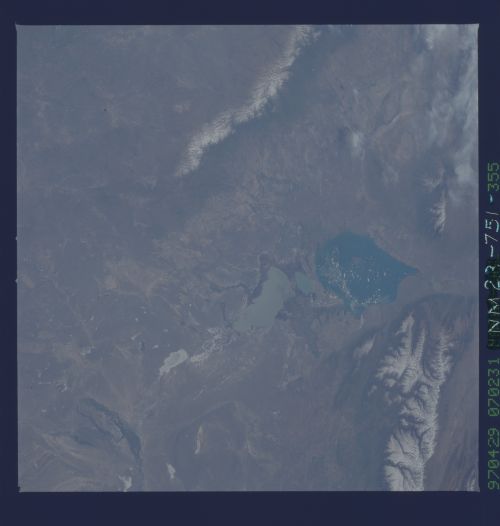 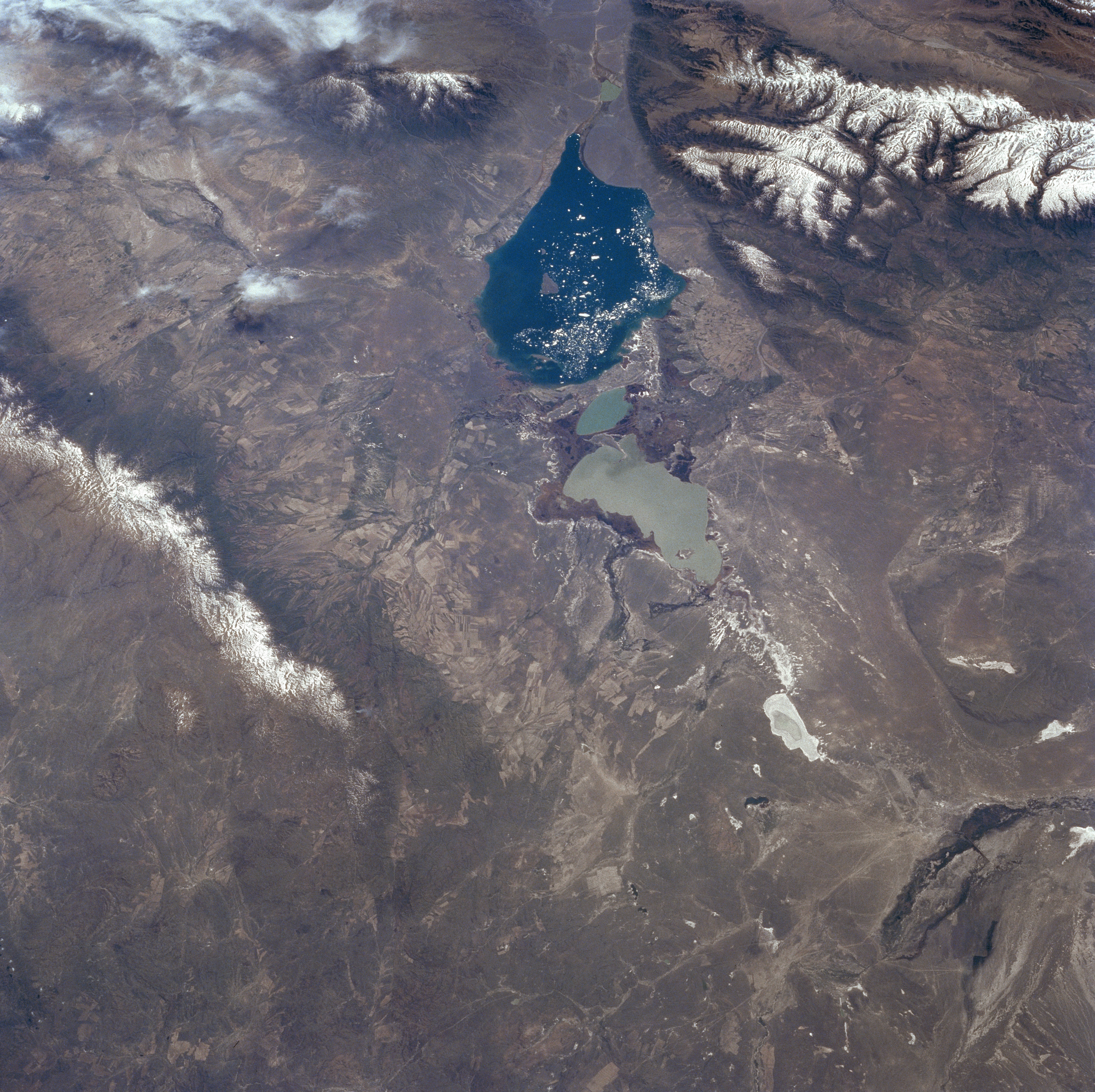 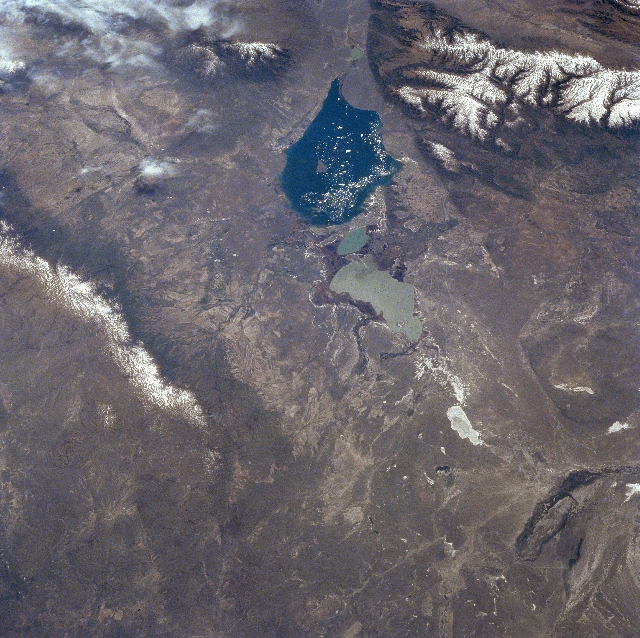 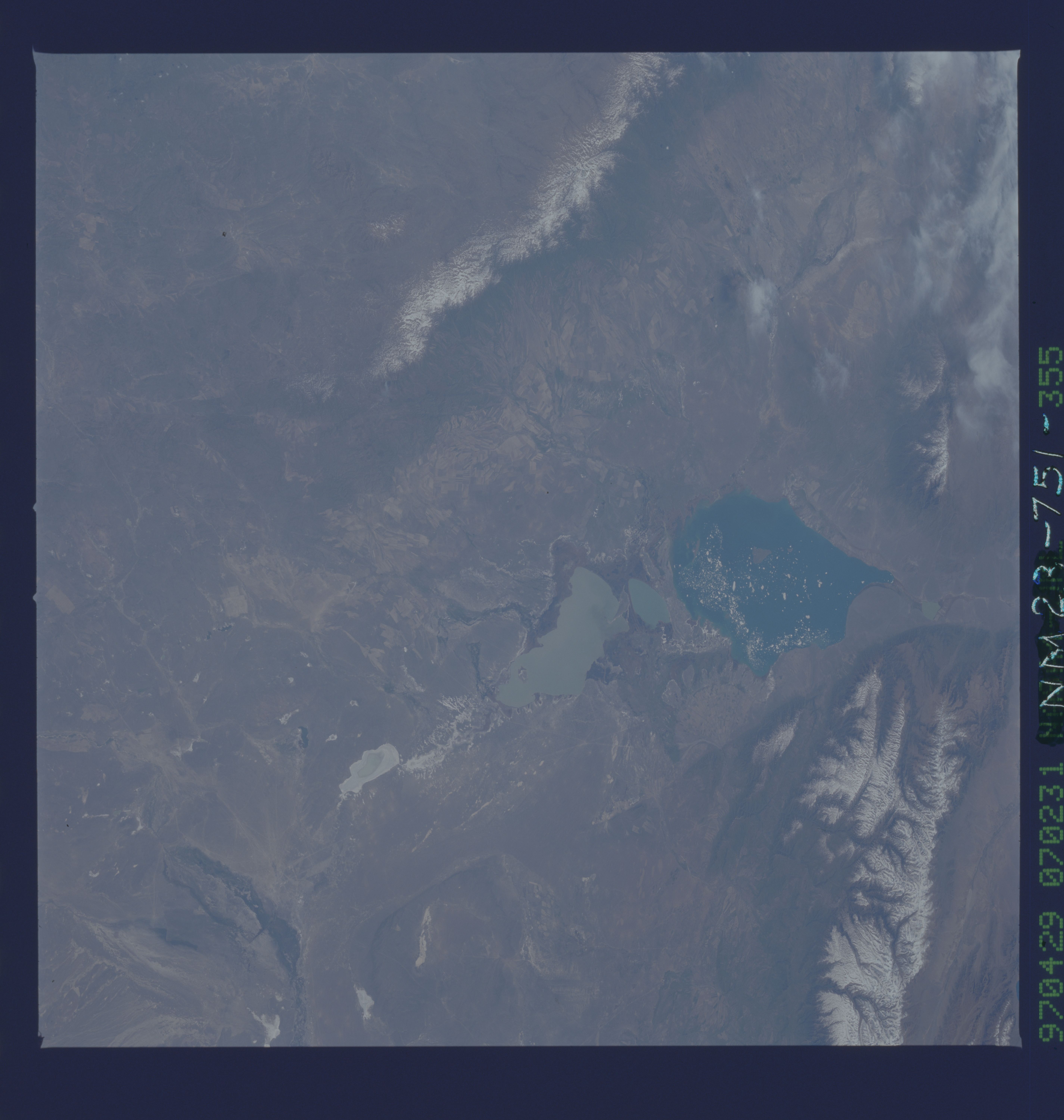 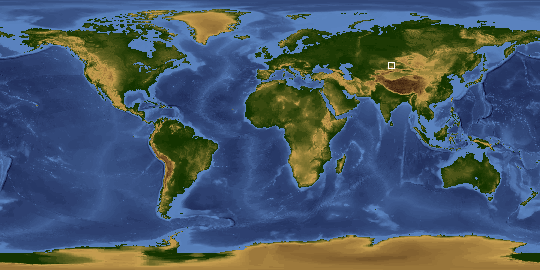 Other options available:
Download Packaged File
Download a Google Earth KML for this Image
View photo footprint information
Image Caption: NM23-751-355 Lakes Alakol and Sasykkol, Dzungarian Gate, Kazakhstan Winter/Spring 1997
Situated in a remote and semi-arid part of southeastern Kazakhstan, the salt lakes of Sasykkol (near the center of the image) and Alakol (darker blue-colored waters) can be seen in this south-southeast-looking view. The smaller of the lakes, Sasykkol covers an area of 232 square miles (600 square km). The mean depth is 10 feet (3 meters) and its maximum depth is only 16 feet (5 meters). The shallow lake is fed by intermittent streams from the surrounding hills and mountains and drains southeast through a series of swamps into Lake Alakol. Lake Alakol covers an area of 803 square miles (2080 square km). The Salt Lake has a mean depth of 72 feet (22 meters) and a maximum depth of 177 feet (54 meters). Lake Alakol is fed by the Shinzhaly and Urdizhar Rivers and drains southeastward through the Dzungarian Gate (upper center) into Ebinur Lake (not visible) in China. The Dzungarian Gate region was used for centuries as an invasion route by conquerors from central Asia. The Dzhungarsk Alatau Range and its snow-covered peaks are visible in the upper right portion of the image. The linear snow-covered Tarbagnatay Range can be seen at the left center of the image.