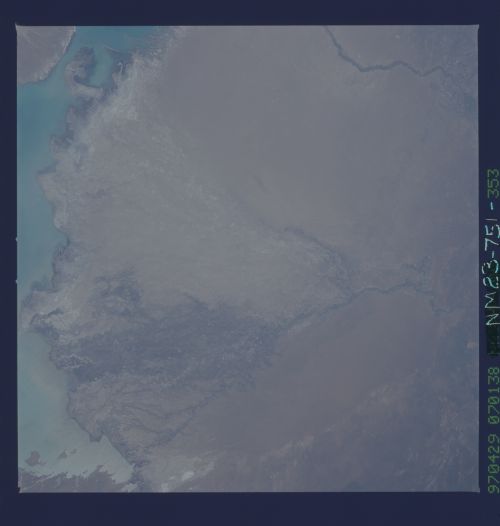 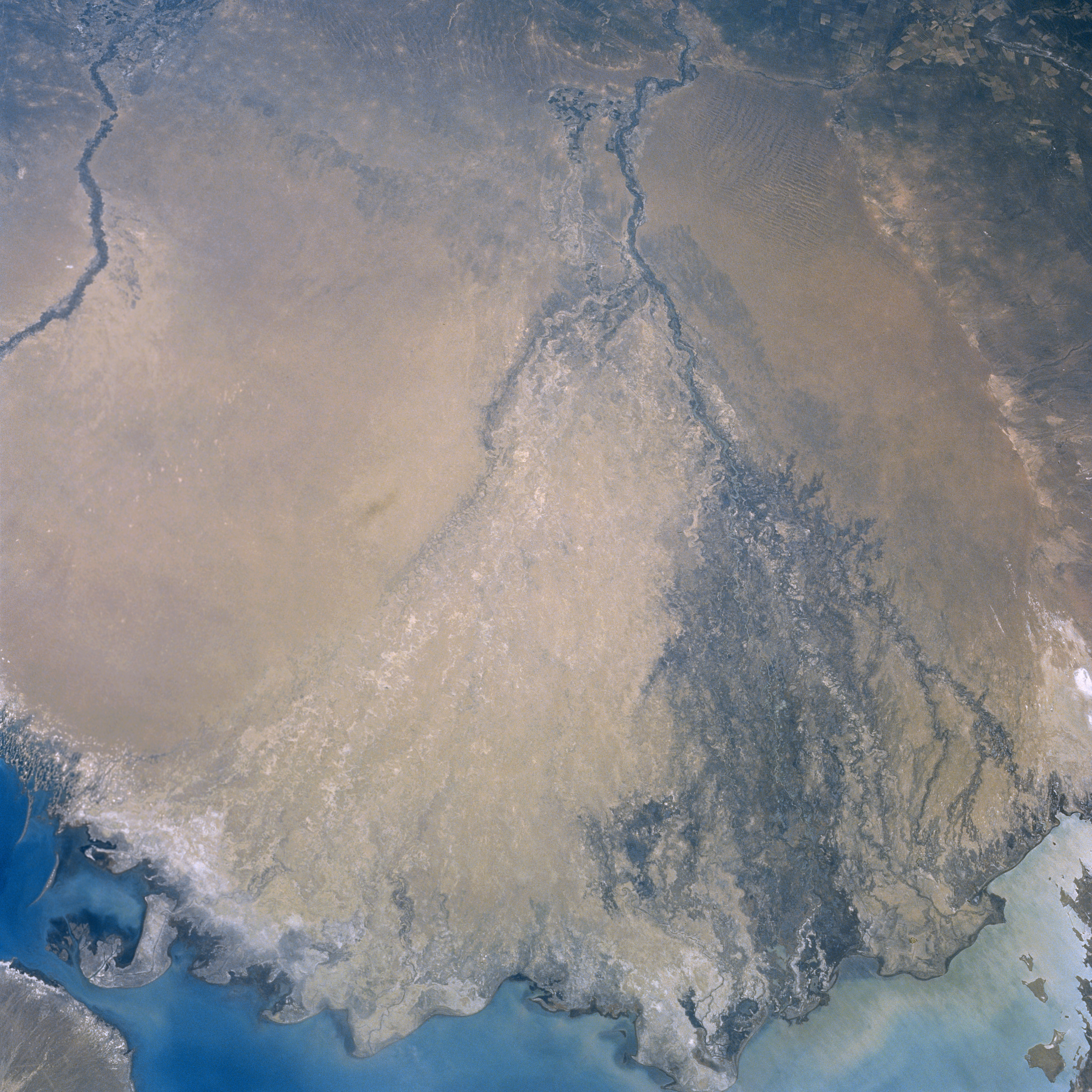 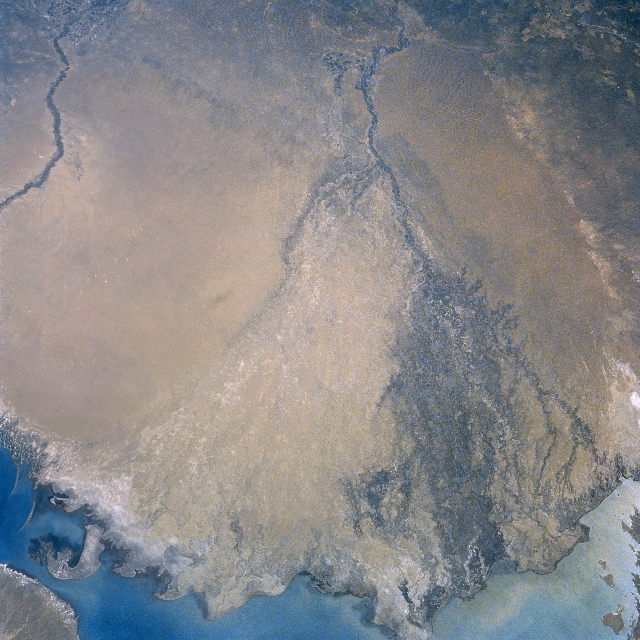 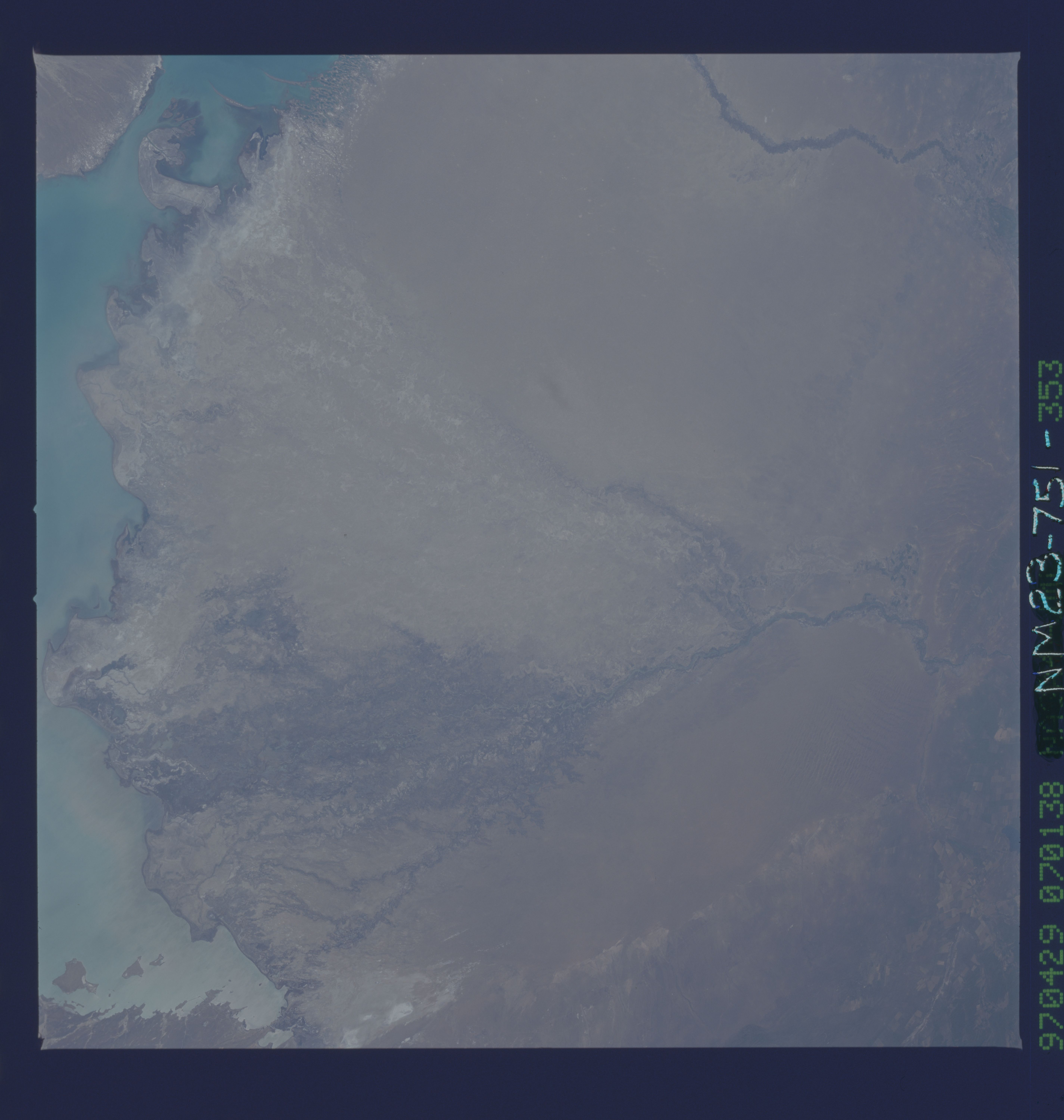 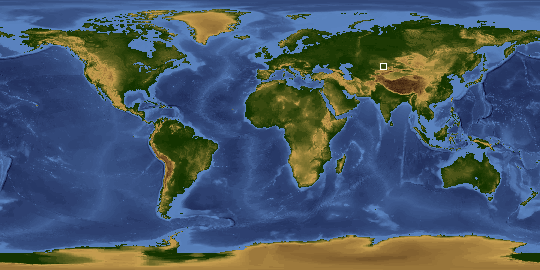 Other options available:
Download Packaged File
Download a Google Earth KML for this Image
View photo footprint information
Image Caption: NM23-751-353 Ili River Delta, Kazakhstan Winter-Spring 1997
The waters of the Ili River emptying into Lake Balkhash (lower portion of image) can be seen in this south-southeast-looking view. Rising in the northern ranges of the Tien Shan, the Ili River is nearly 590 miles long (950 km). The river flows through the sandy Sarysesik-Atyran Desert (discernible on image) on its way to Lake Balkhash. During the rainy season, the river is navigable from the small city of Ili for about 280 miles (451 km). Toward the river's mouth, the area surrounding the Ili River is swampy. Irrigation is prevalent along its banks upstream from the river's mouth. A portion of the Karatal River is visible in the upper left portion of the image.