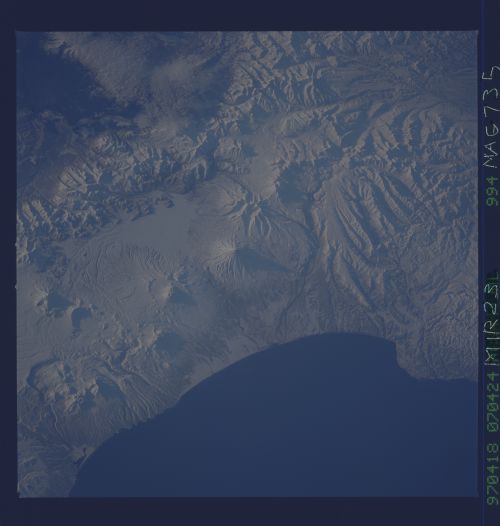 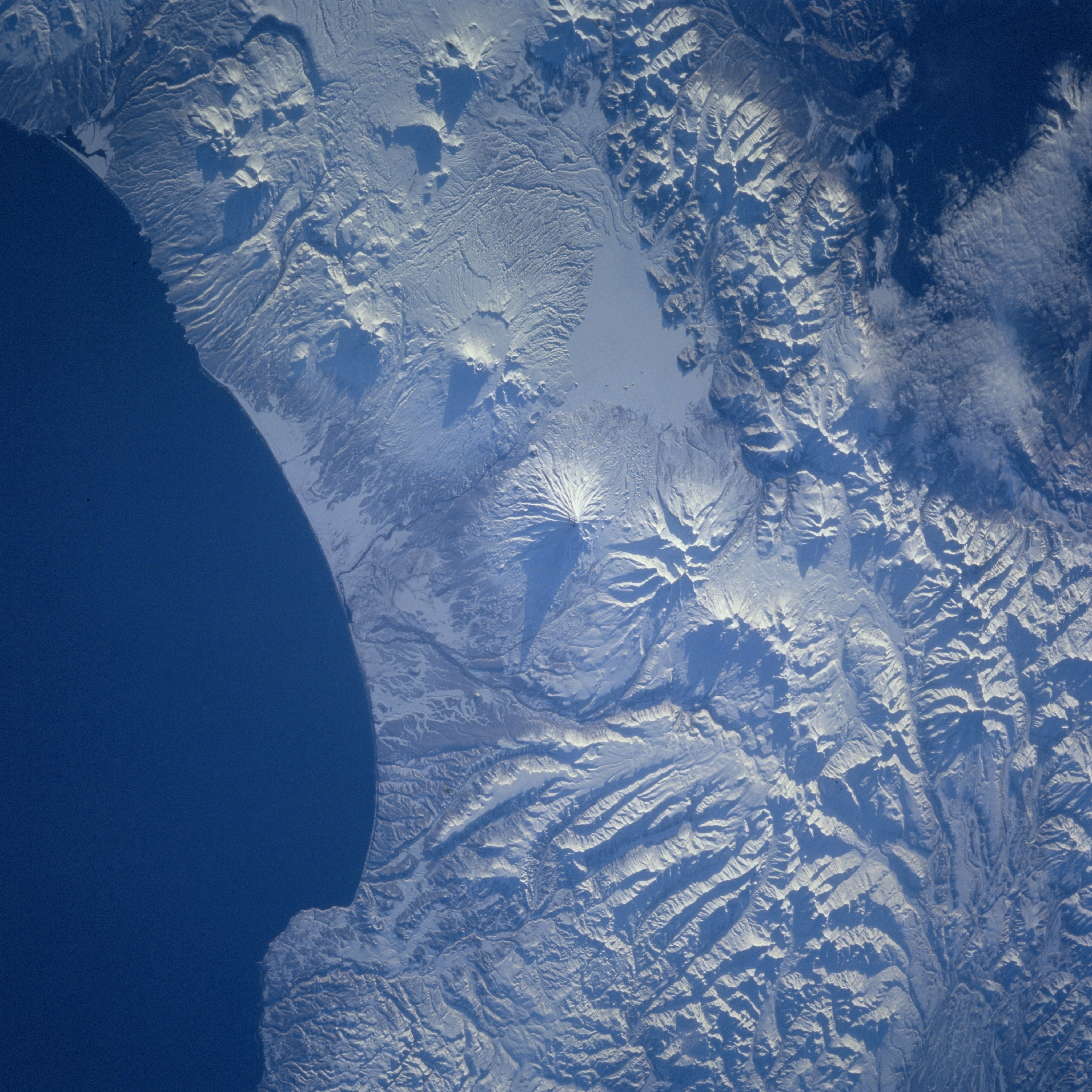 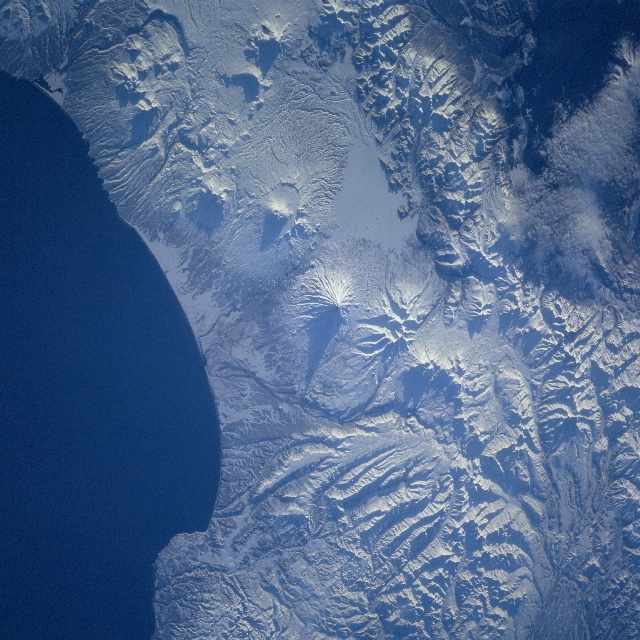 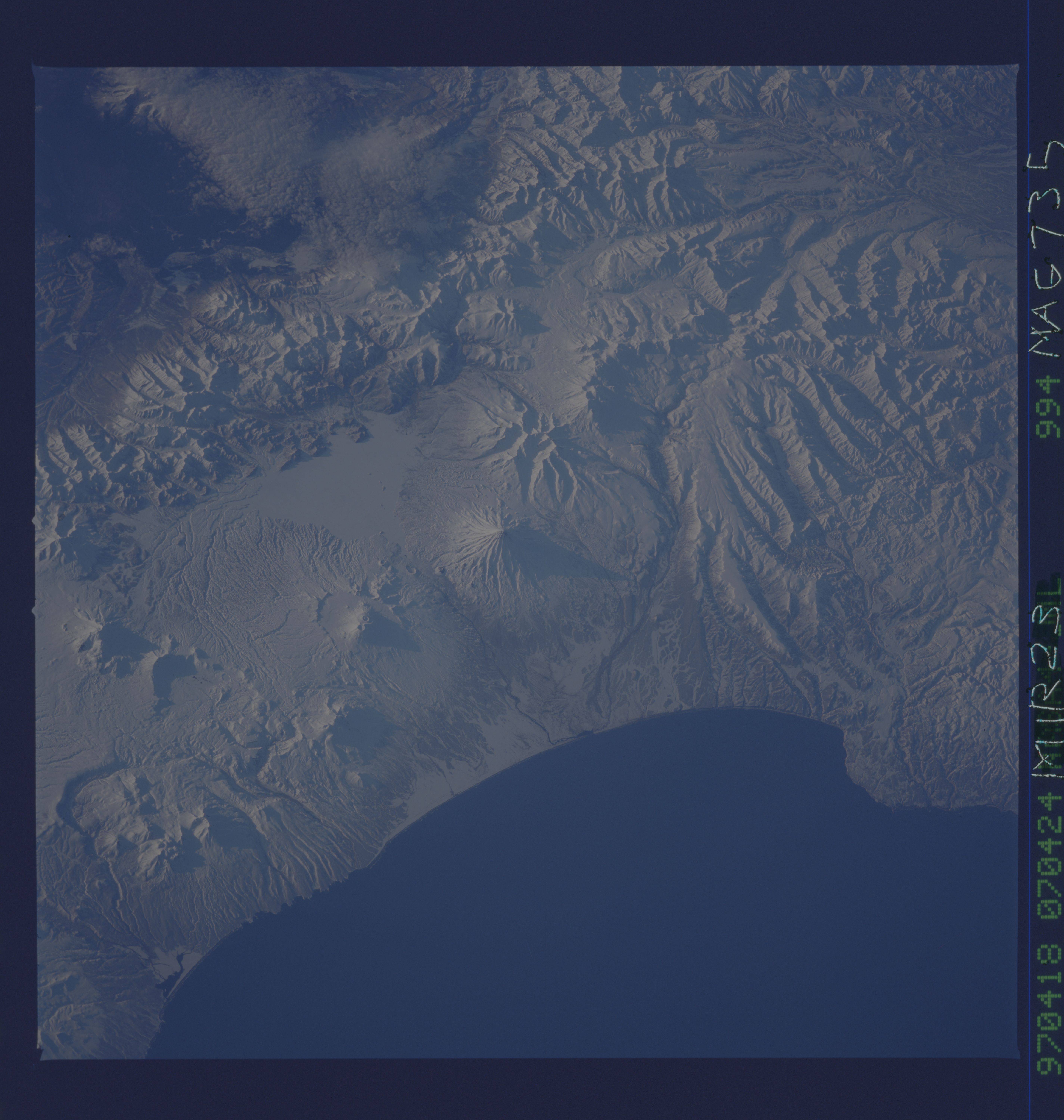 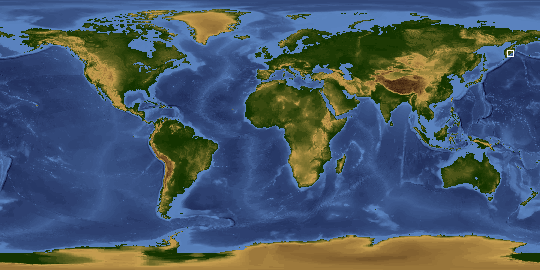 Other options available:
Download Packaged File
Download a Google Earth KML for this Image
View photo footprint information
Download a GeoTIFF for this photo
Image Caption: NM23-735-994 Kamchatka Volcanoes, Russia Winter/Spring 1997
The Kamchatka Peninsula of eastern Russia has an exceptionally high number of active volcanoes; at least 25 volcanoes still erupt from time to time. The subduction of the Pacific plate under the Eurasian plate has produced the formation of at least 125 volcanoes on the Kamchatka Peninsula. This particular snow-covered landscape is located along the southeast coast of the peninsula where the coastline borders the Gulf of Kronotskoye. Numerous volcanoes can be identified by the radial (drainage) patterns, generally circular shape, and their "shadowed" east facing slopes. The lengths of their shadows are directly related to the elevation of their respective crater rims or peaks. Kronotskaya Volcano, the tallest volcanic peak in the scene at 11570 feet (3528 meters) above sea level is visible casting a long, cone-shaped shadow in the center of the image. The pale-looking, uniform-textured feature west of Kronotskaya Volcano is frozen, snow-covered Lake Kronotskoye. A very narrow coastal plain with frozen, snow-covered vegetation in this part of the Kamchatka consists of arctic-alpine species and mountain tundra. The darker area (upper right corner) is part of the central valley where the Kamchatka River drains to the northeast. The rugged Vostochnyy Range of mountains, aligned in a northeast-southwest orientation separates the central valley from the line of volcanoes along the southeast coast.