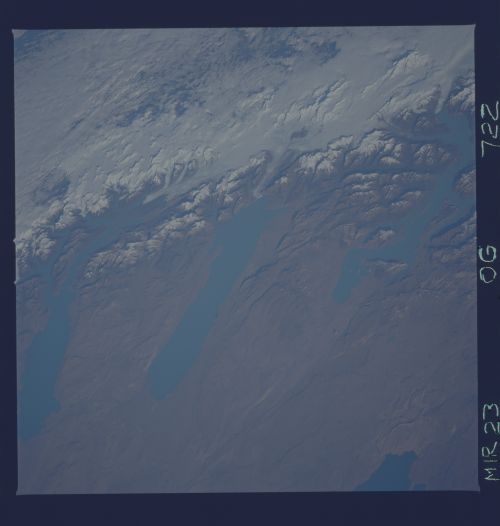 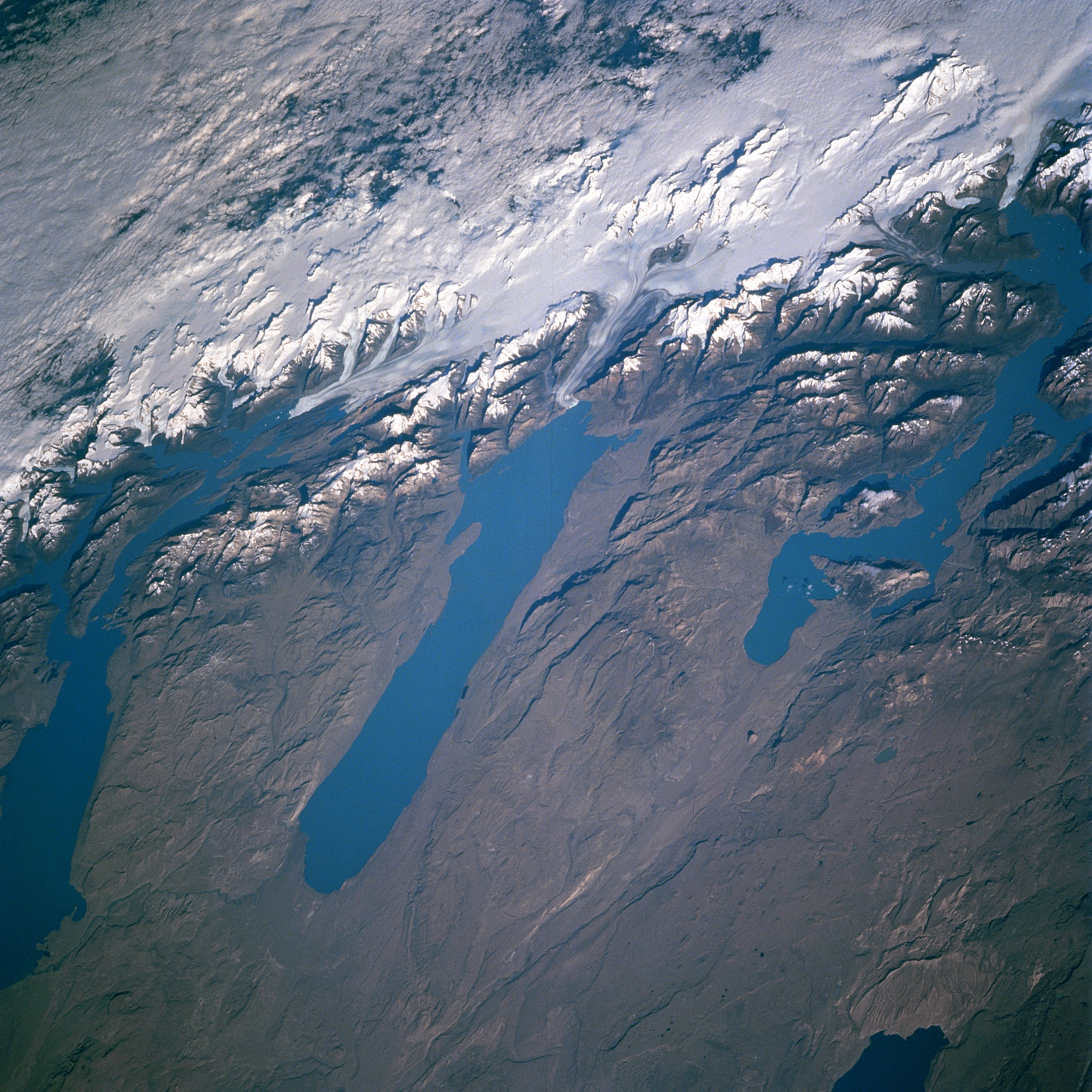 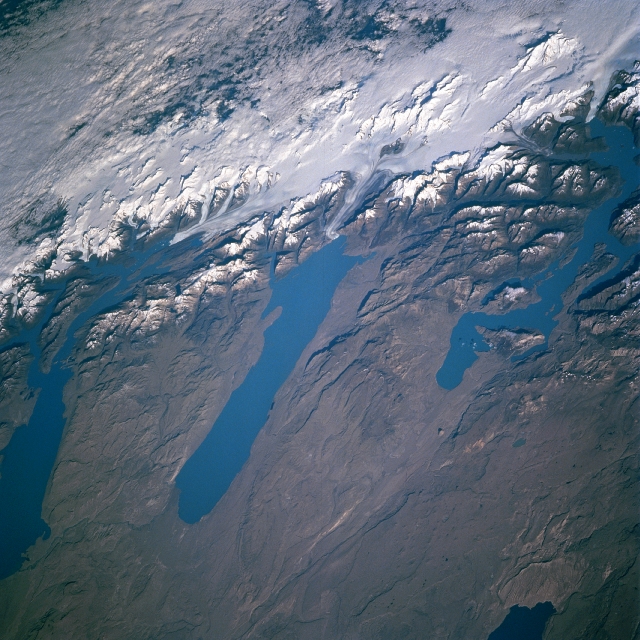 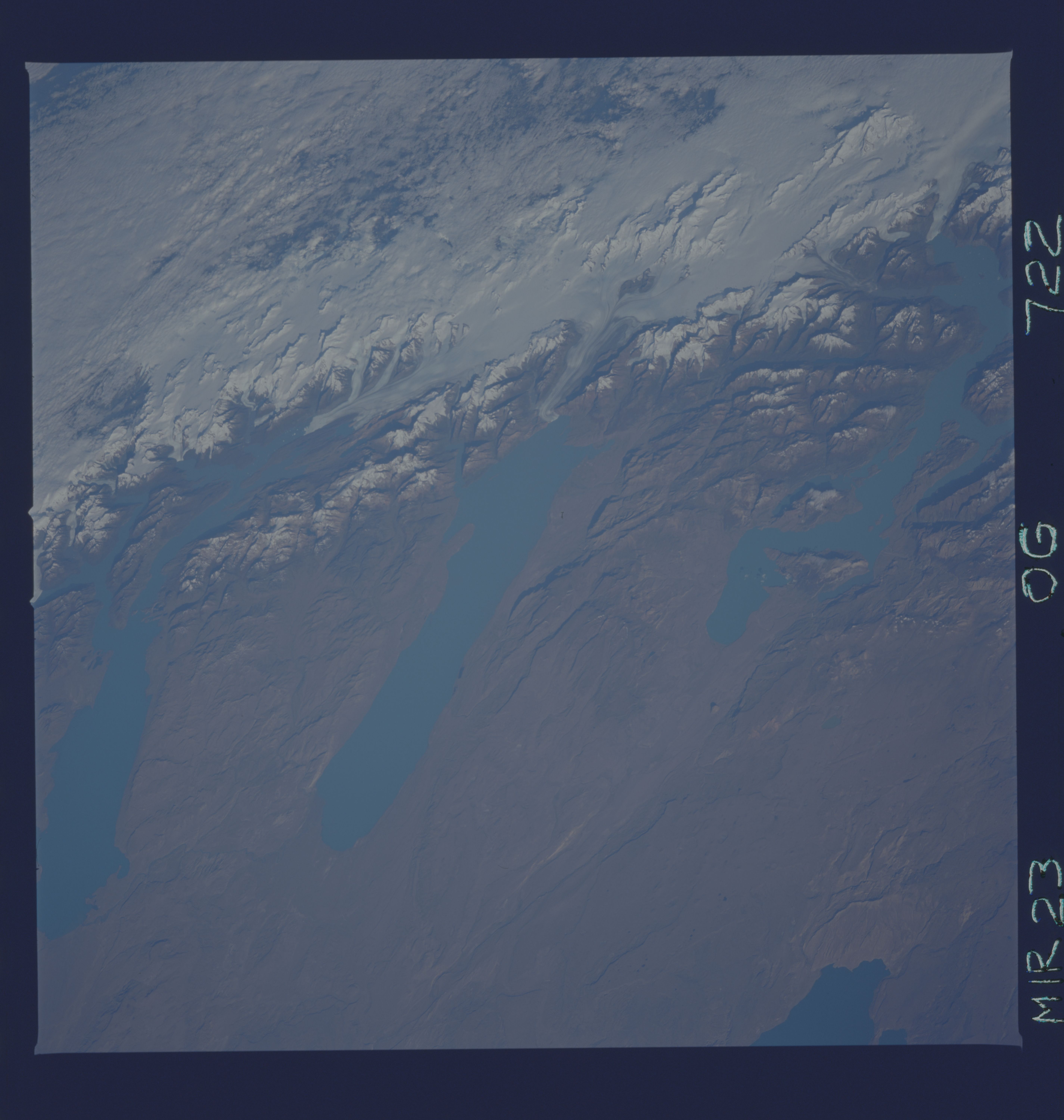 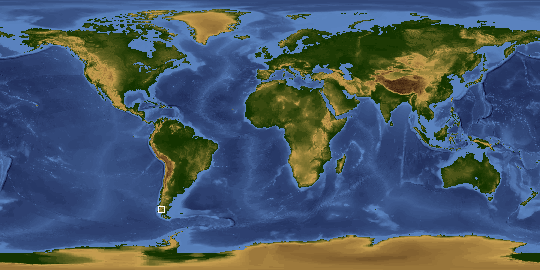 Other options available:
Download Packaged File
Download a Google Earth KML for this Image
View photo footprint information
Image Caption: NM23-722-000G Lakes Viedma, San Martin, Argentino, Argentina Winter/Spring 1997
Fed by glaciers from the Andes Mountains, Lakes Argentino (left center of image), Viedma (center of image), and San Martin (right center of image) can be seen in this southwest-looking view. The large glacier is the remnant of a much larger glacier that covered not only the Andes, but portions of western Patagonia over 15000 years ago. As the climate warmed, the glacier began to retreat about 13000 years ago. Meltwater from the glaciers filled the basins forming large lakes, some of which are visible in this image. The lakes continue to be fed by the meltwater of the glaciers and small streams emanating from the glaciers. At an elevation of 1100 feet (336 meters), Lake Viedma's only outlet flows southward into Lake Argentino whose outlet, the Santa Caruz River, flows eastward into the Atlantic Ocean. The western portion of Lake Cardiel is discernible at the bottom right of the image. Clouds in the upper left and upper center of the image cover the fjords and coastal islands of southwestern Chile. The western part of the semi-arid Patagonia Plateau covers the lower half of the image.