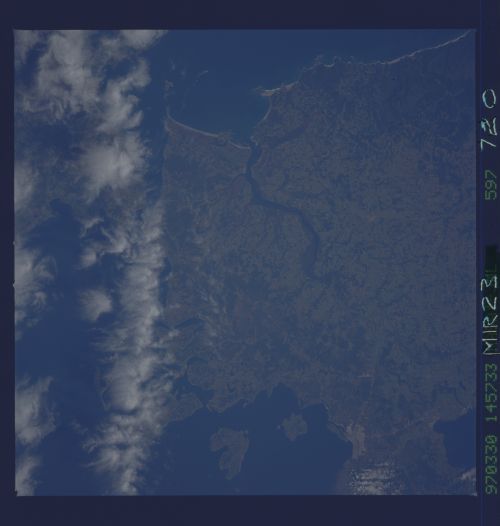 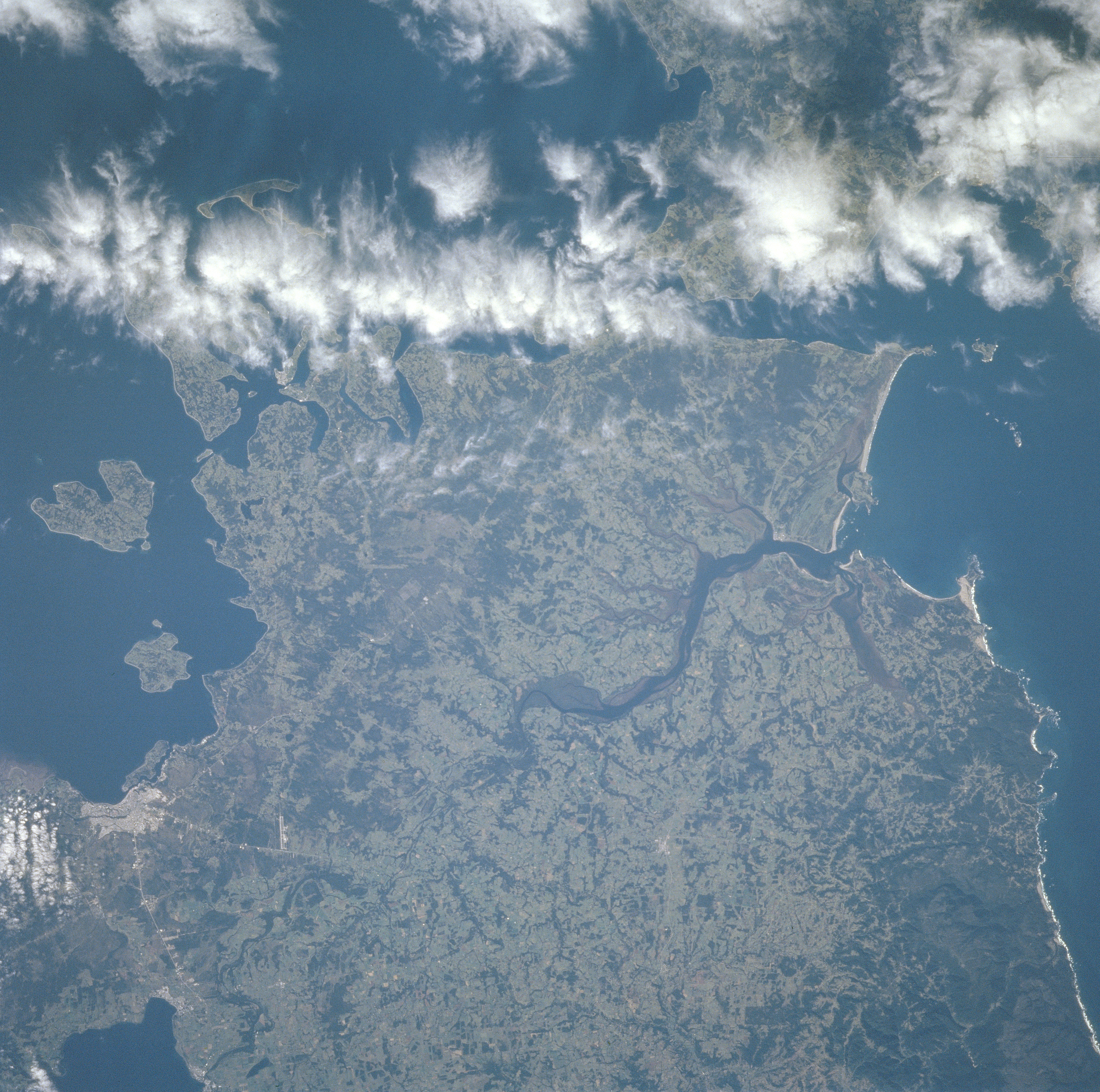 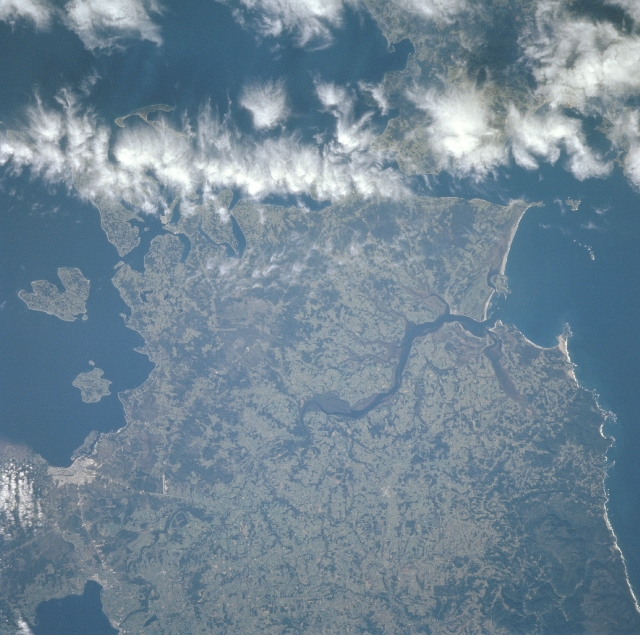 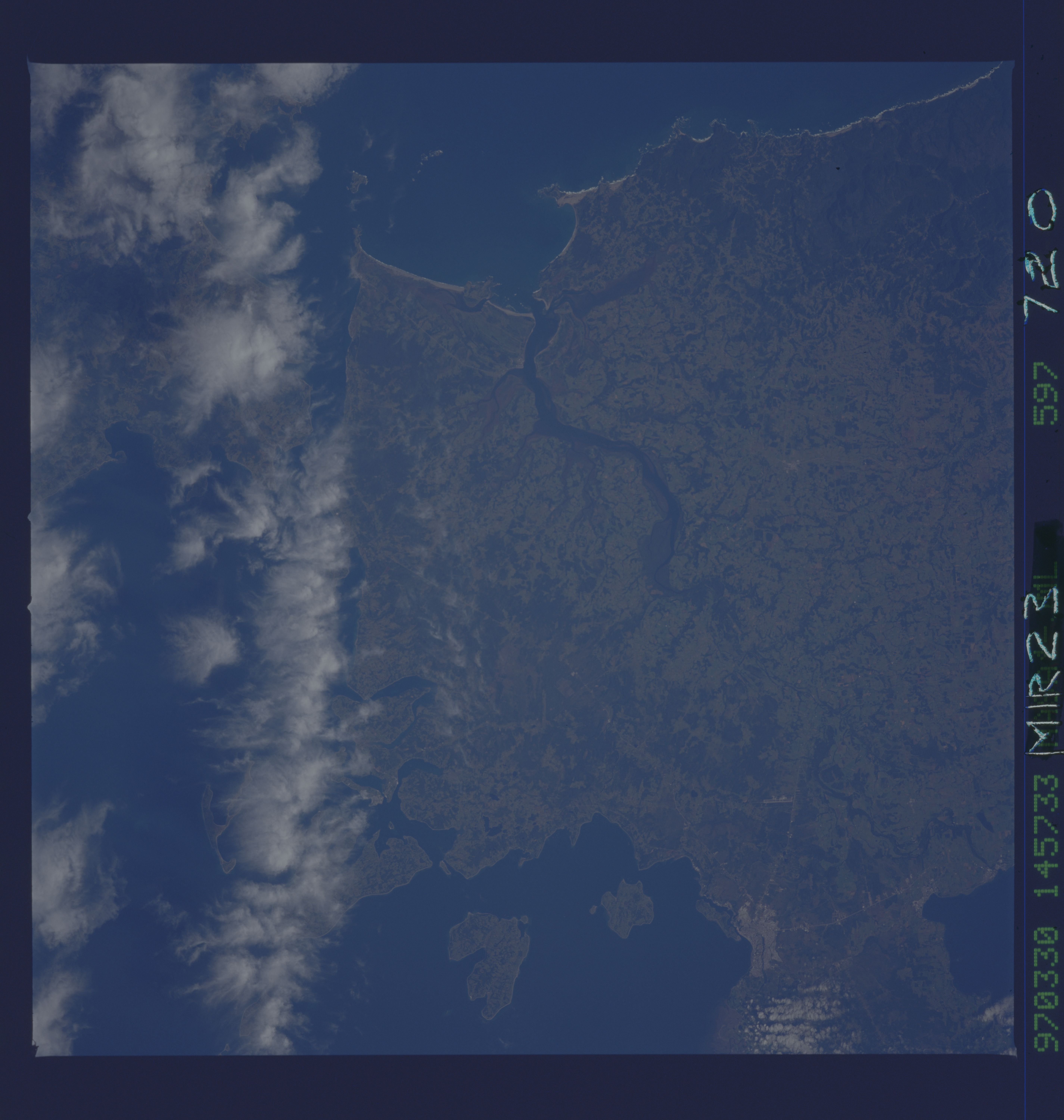 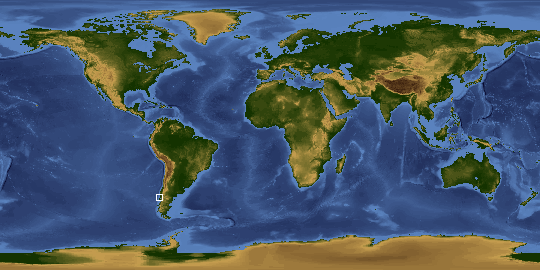 Other options available:
Download Packaged File
Download a Google Earth KML for this Image
View photo footprint information
Image Caption: NM23-720-597 Maullin River, Puerto Montt, Chile Winter/Spring 1997
The southern end of the Central Valley of Chile can be seen in this south-looking view. The southern portion of the large Lake Lianquihue is visible in the lower left of the image. The Maullin River flows generally southwestward, over a number of small waterfalls, emptying into the Gulf of Coranados at the center right of the image. Clouds cover the Chacao Channel that separates the southern end of Central Valley and the northern end of Chiloe Island, barely discernible through the clouds at the upper right of the image. The small city of Puerto Montt is visible 12 miles (18 km) south of Lake Lianquihue (lower left). Located at the northern end of the Gulf of Ancud, Puerto Montt is the terminus of the southern railroad and the starting point for navigation through the inland waterways and among the many islands to the south. The city is a popular tourist resort. Sheep farming and fishing are also important industries in the region. The Gulf of Ancud covers the left center and upper left of the image.