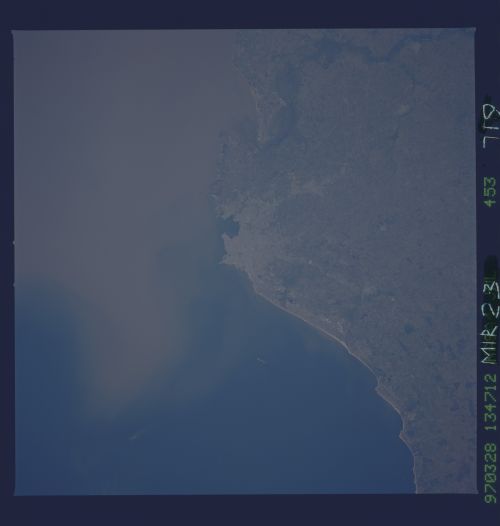 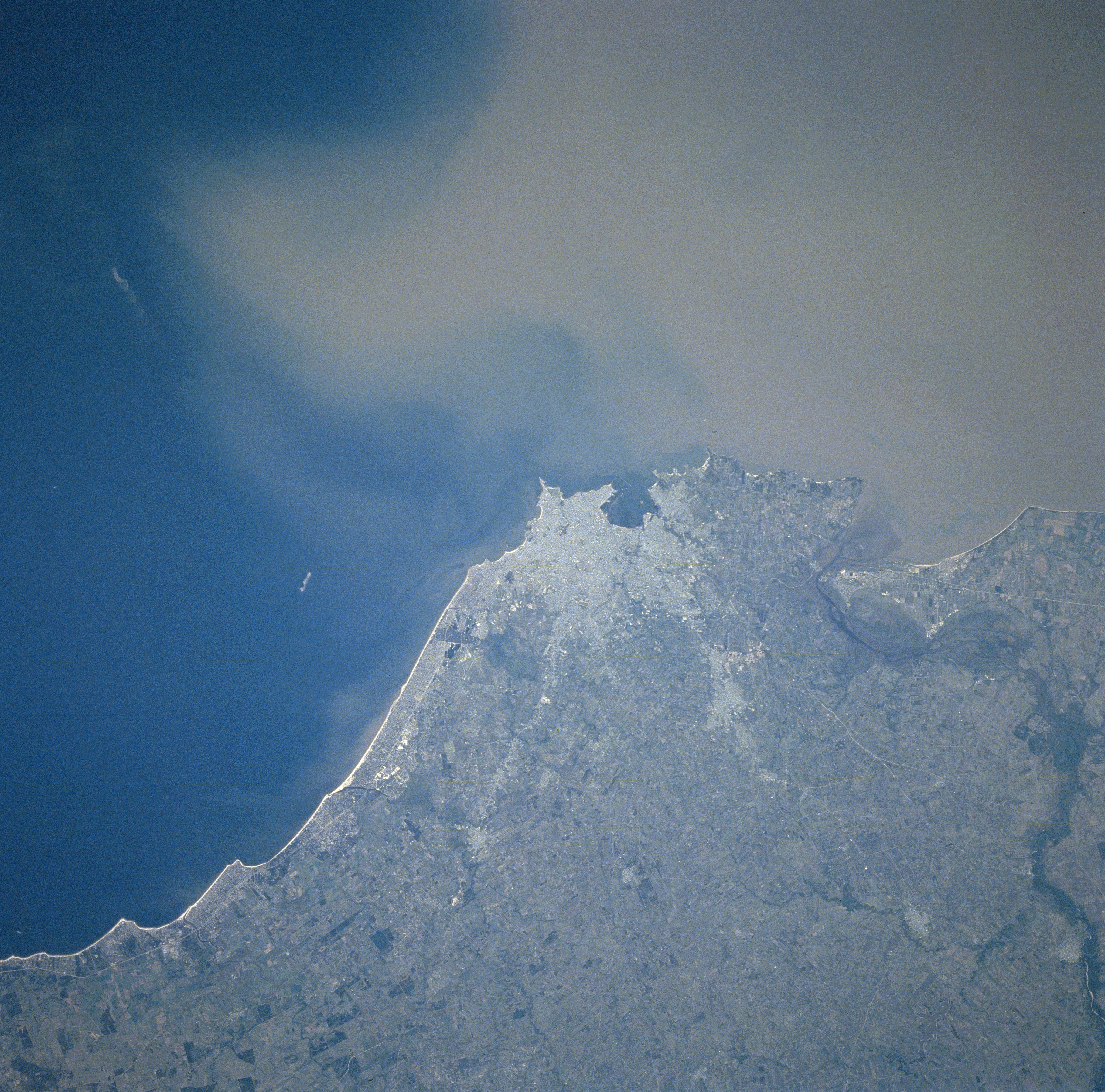 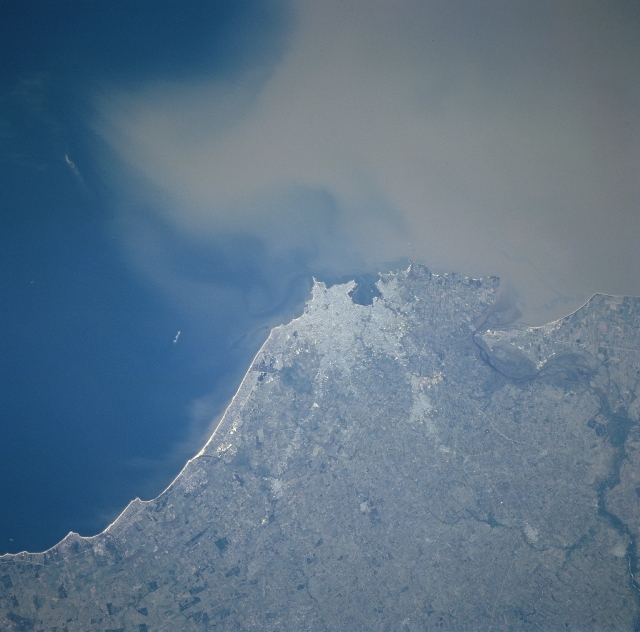 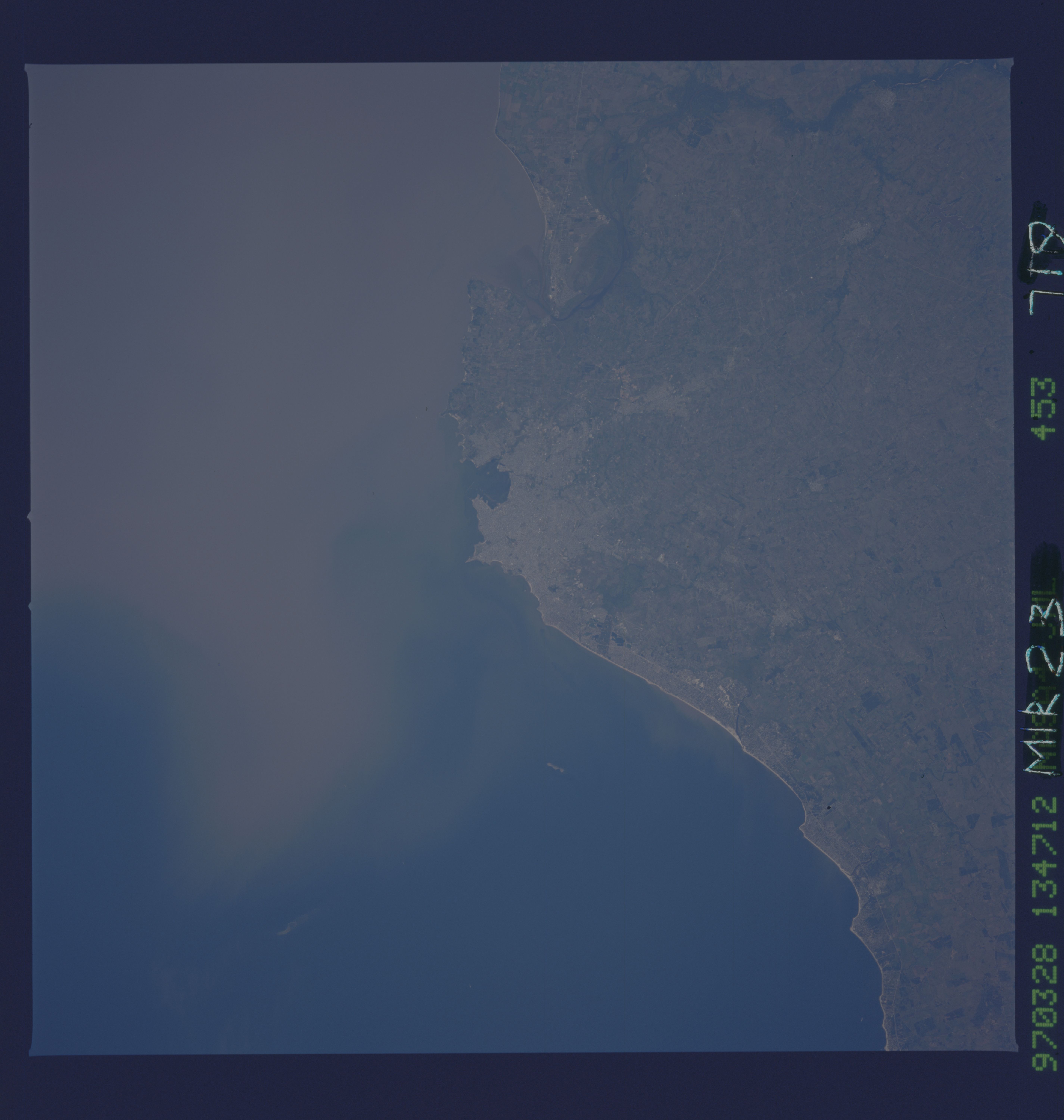 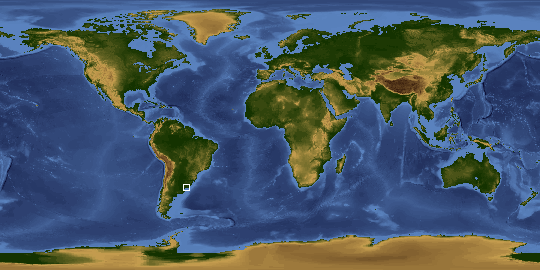 Other options available:
Download Packaged File
Download a Google Earth KML for this Image
View photo footprint information
Image Caption: NM23-719-453 Montevideo, Uruguay Winter/Spring 1997
The capital city of Uruguay, Montevideo can be seen in this south-southwest-looking view. Montevideo is on the north shore of the Rio de la Plata and has well-protected harbor and facilities. Much of the South Atlantic fishing fleet is based in Montevideo. The city is the hub of the Uruguayan rail and highway systems that connect with the Argentine and Brazilian networks, as well as for air and sea routes. Montevideo is the commercial, industrial, financial, medical, and cultural center of the country. Over half of the population of Montevideo lives in the metropolitan area. Major industries include slaughtering and meatpacking, flour milling, clothing and textile manufacturing, oil refining, petrochemical and cement production, and power generation. Montevideo is famous for beaches and seaside resorts that stretch eastward from the city to Punta del Este on the Atlantic Ocean. Sediment-laden waters of the Rio de la Plata are visible at upper right and center. A dramatic event in the city's modern history occurred in December 1939 during World War II when the German battleship Graf Spee, already heavily damaged by British warships, was scuttled outside the Montevideo harbor.