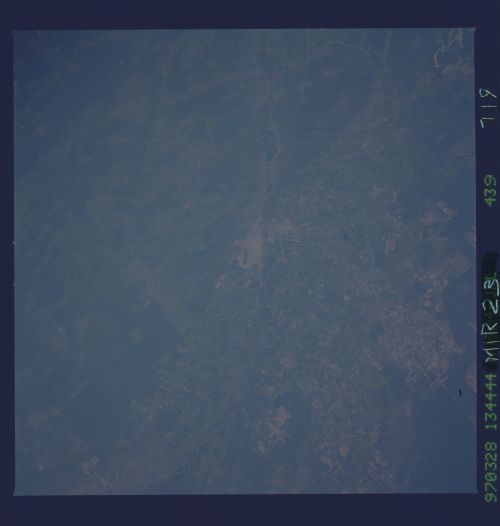 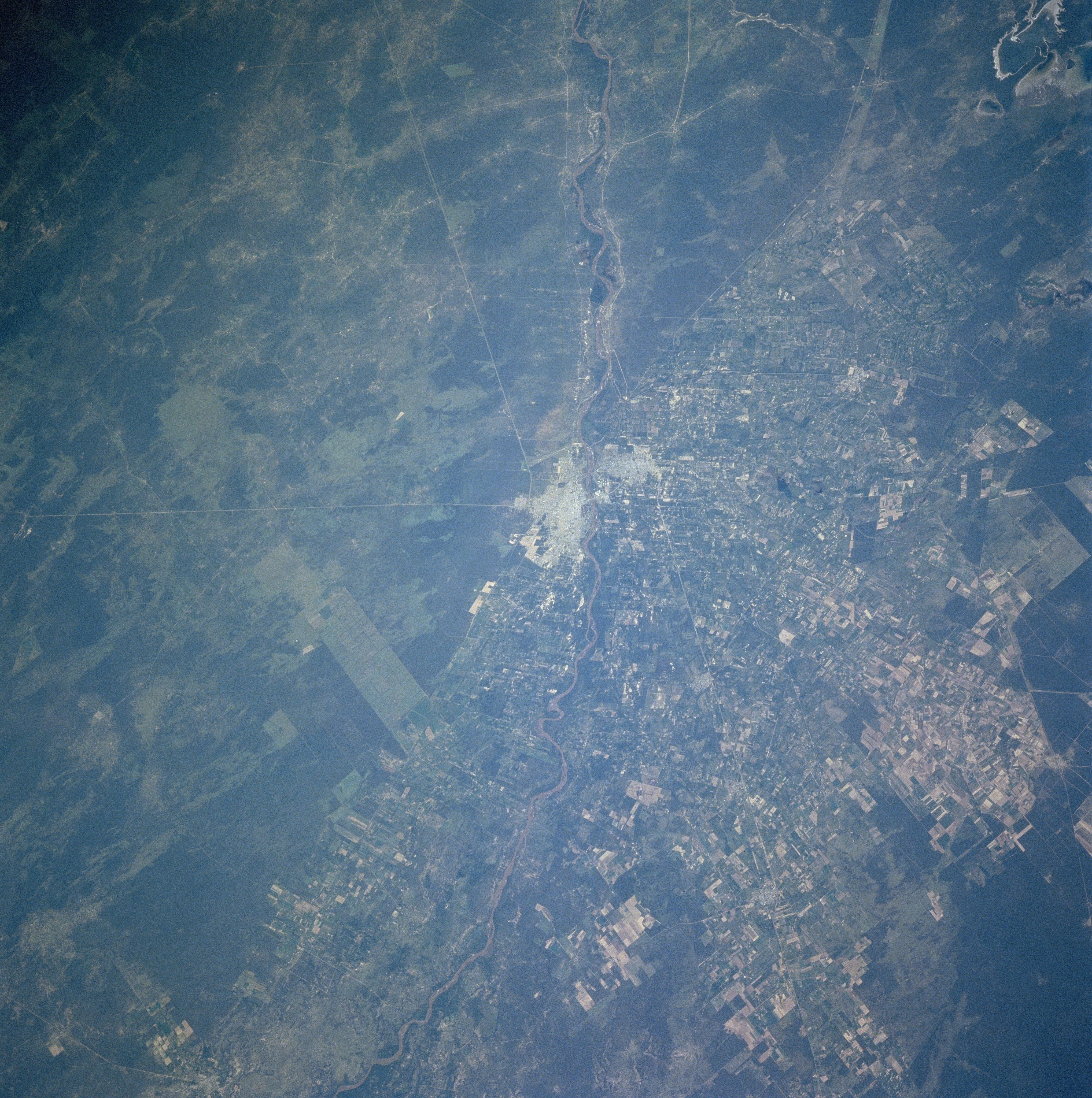 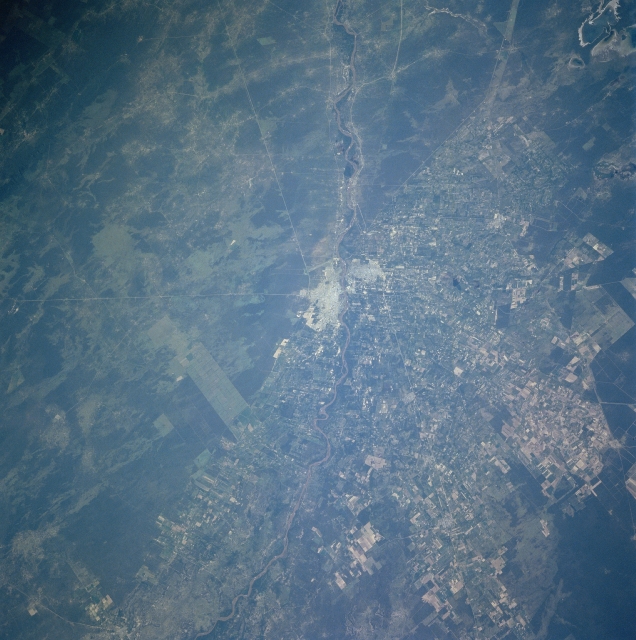 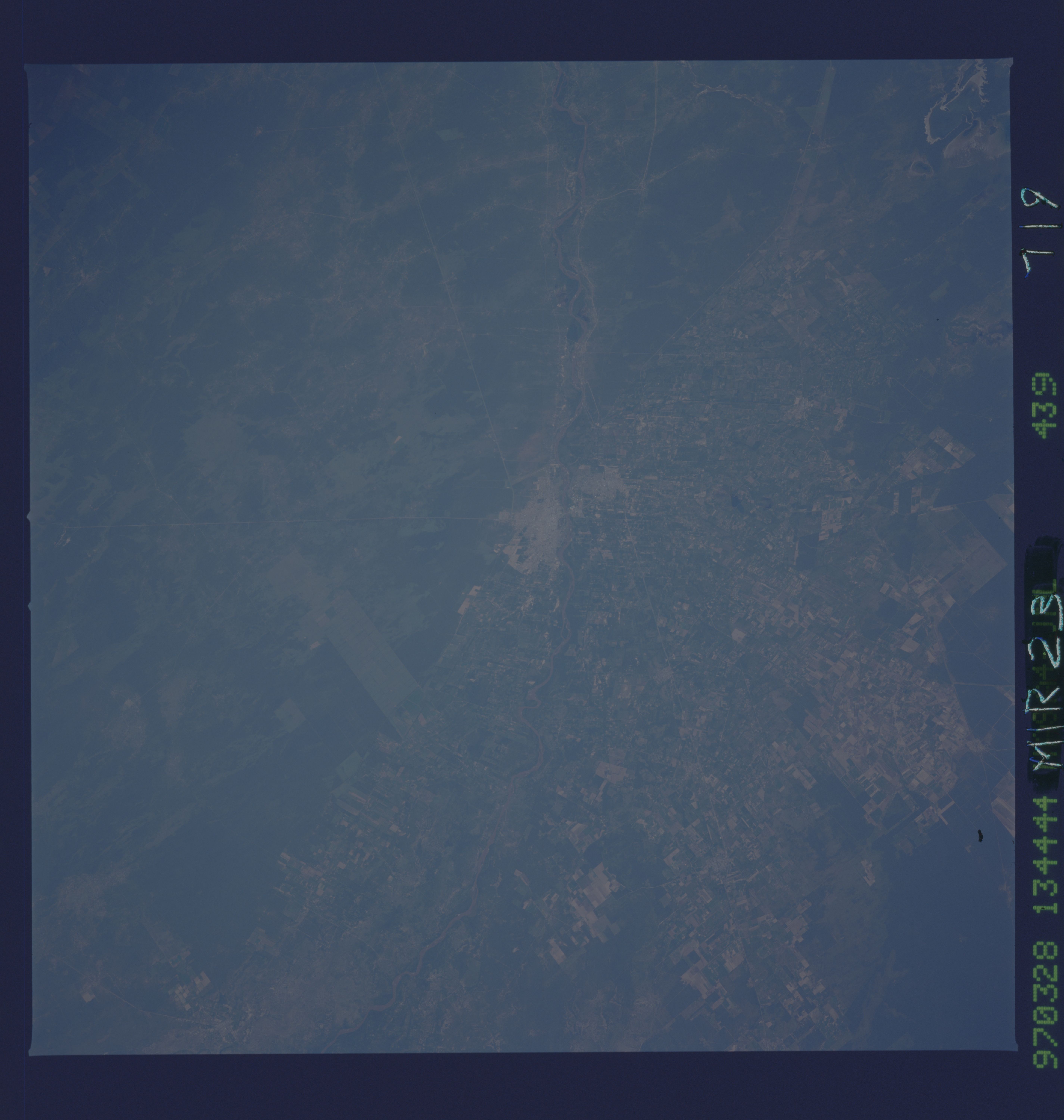 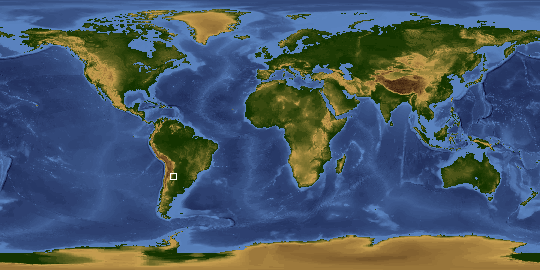 Other options available:
Download Packaged File
Download a Google Earth KML for this Image
View photo footprint information
Image Caption: NM23-719-439 Santiago del Estero, Argentina Winter/Spring 1997
The city of Santiago del Estero, the oldest continuous settlement in Argentina, can be seen in this west-northwest-looking view. Located on the banks of the Dulce River, Santiago del Estero (estero means saltmarsh in Spanish) is a commercial center in a semi-arid region for agriculture (grain, cotton, and flax) and lumbering. The city is located to the north of the large Salinas Grandes (salt flats) of western Argentina. Just off the image at the top left and to the northwest of the city, the Hondo River Reservoir, a recreational lake, is a resort and vacation area for many people living in this region.