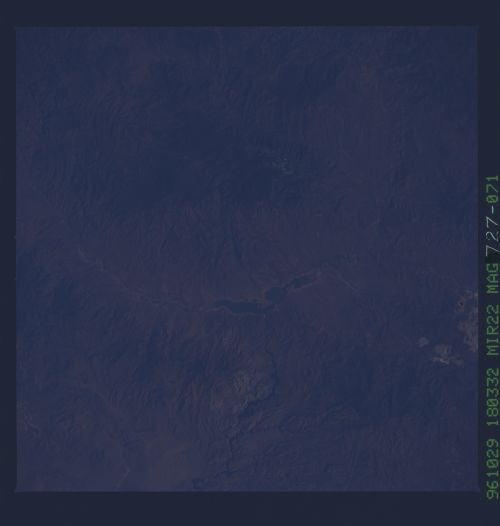 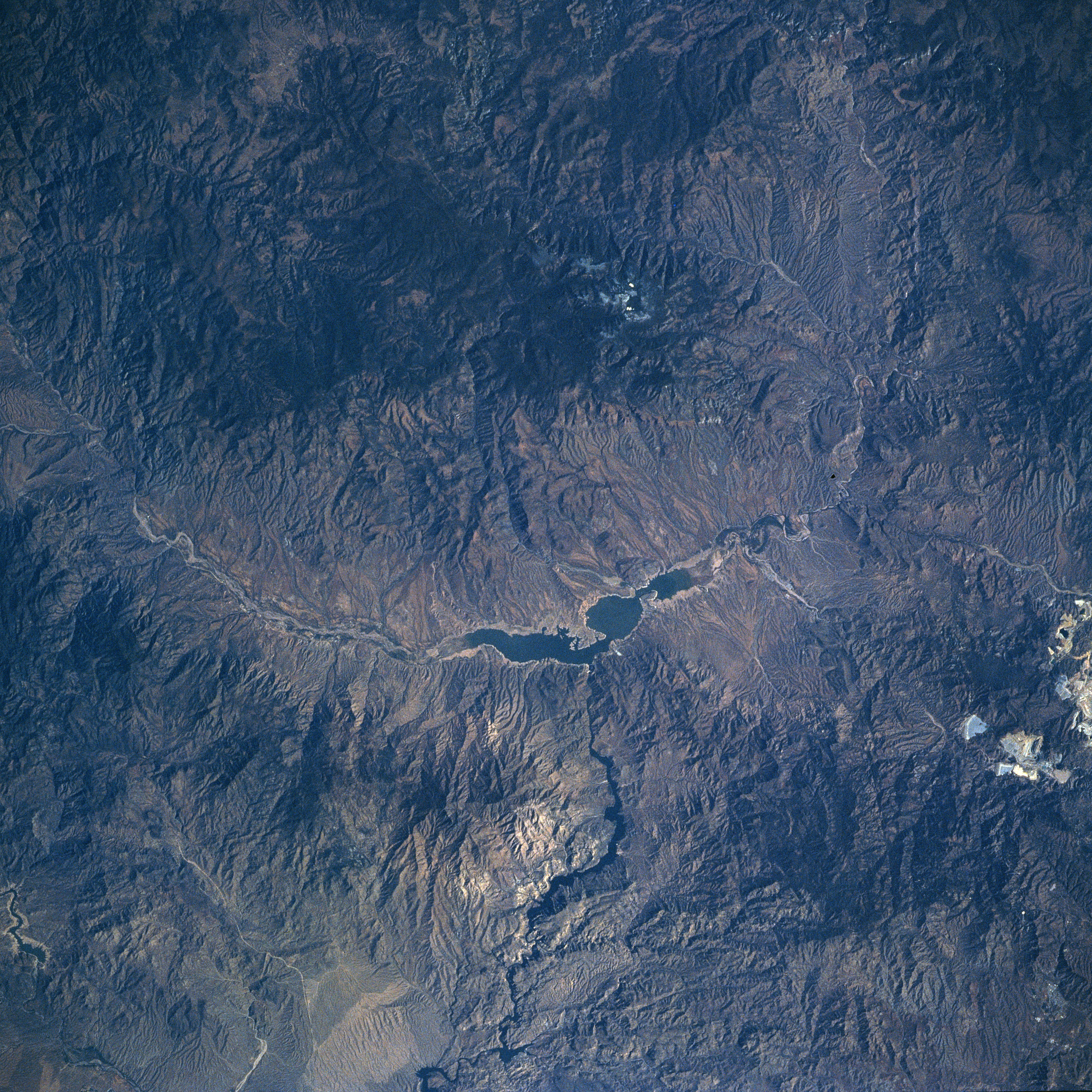 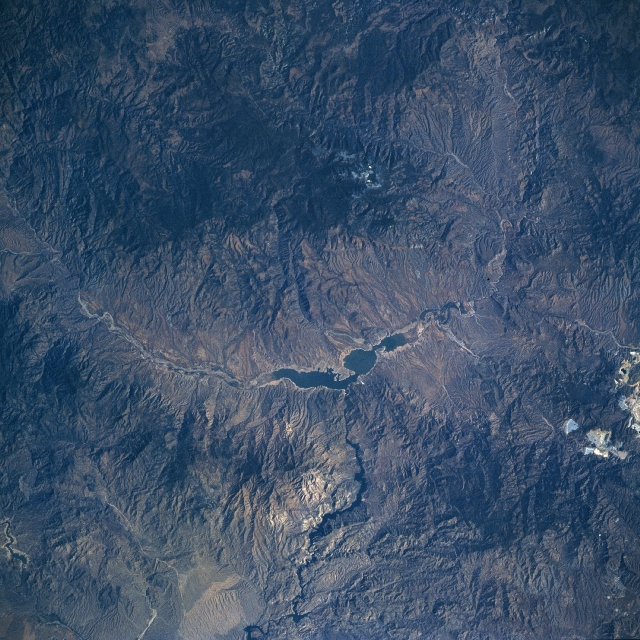 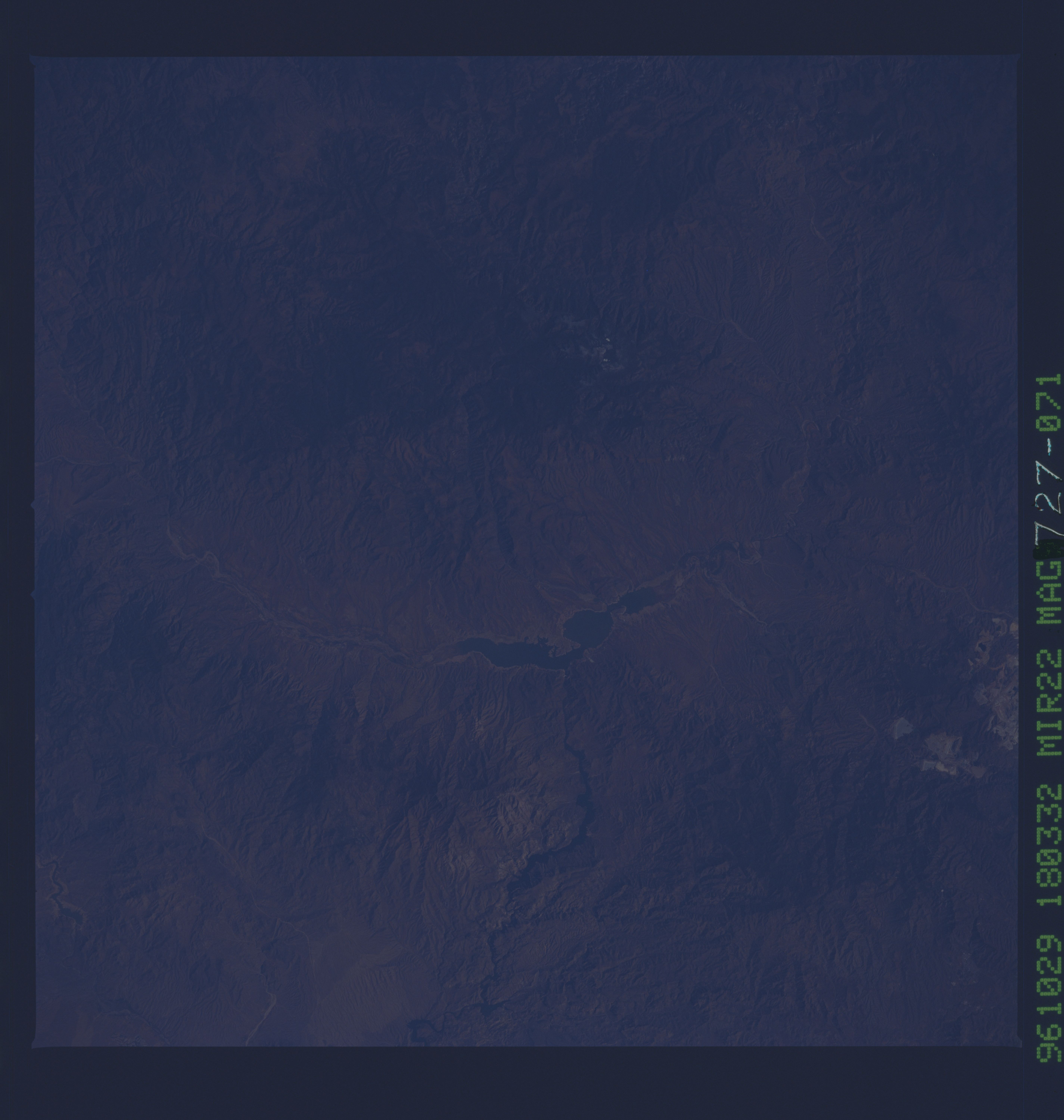 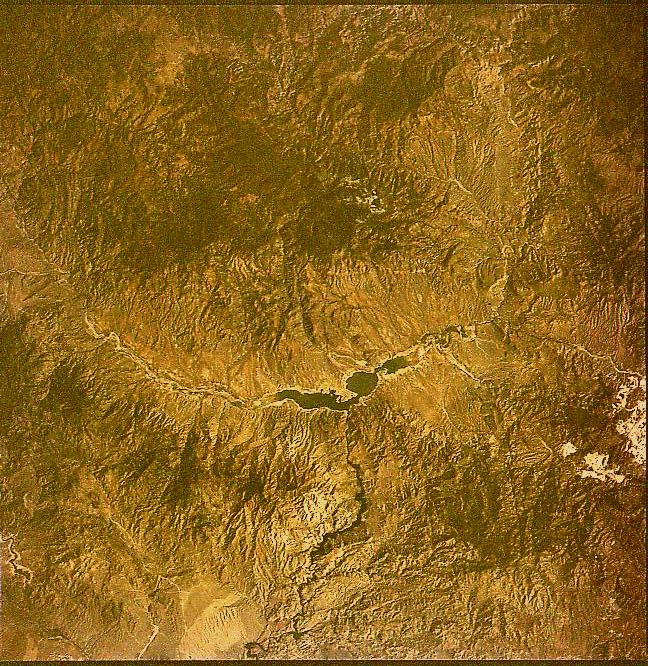 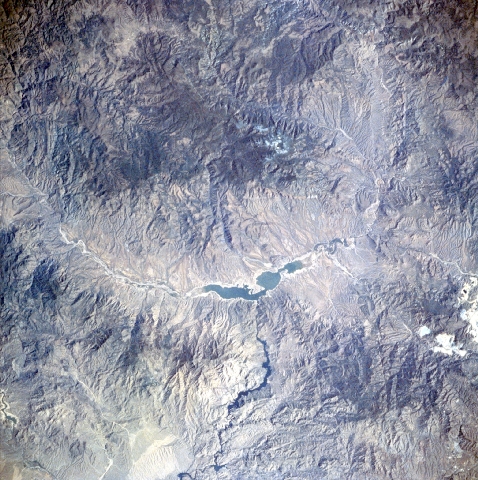 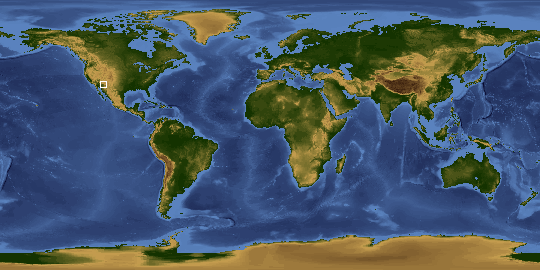 Other options available:
Download Packaged File
Download a Google Earth KML for this Image
View photo footprint information
Image Caption: NM22-727-071 Theodore Roosevelt Lake, Arizona, USA Fall-Winter 1996
Rugged mountainous terrain surrounds an elongated and irregular shaped Theodore Roosevelt Lake. This reservoir used to stretch for 30 miles (48 kilometers) but it is gradually shrinking in length as silt is accumulating at both ends of the lake. Theodore Roosevelt Lake is part of the Tonto drainage basin and is fed intermittently by the Salt River, which flows into the eastern end of the lake. The water from this manmade lake exists via the Theodore Roosevelt Dam, which is located towards the midway point along the south side of the lake. The Salt River continues westward, providing some of the water that is supplied to the greater Phoenix metropolitan area, located 55 miles (90 kilometers) west of the lake. The light colored terrain along the southeast side of the image shows scars on the landscape from the silver and copper mining activities near Globe.